Well here I'am to finally lift the curtain on what I am secretly planning and building (or more or less prototype and fumble around with) at the moment.

From a quick pen sketch of ideas to a now in the works CAD/CAM drawing I often questioned why I chose this theme for a Pinball and not the other one i was thinking about (the Heavy Metal Movie from the 80s) and came to the conclusion I just love listening to this darn band and with a new album having been released I was sure to gather more material for gameplay out of the lyrics and themes/stories told by their songs.

So far I settled on the following things:
Only metal and wire ramps (plastic is just to easy to break and too complicated to reproduce)
Williams WPC Widebody Playfield size and Cab size
LCD Score display containing the mode infos and length (More on that later)
3 Playfield levels (NO Window needed)
Modes/Songs are not selected upfront but earned through several shots and other completed modes.
During a mode shots change with the song progressing.
3 "Wizard Modes"
Midnight Madness (just because it fits)
Giant lit melting pot lock/bash toy
Lots and Lots of eyecandy (sculpted landscape fitting the different plafields covering mechanics and making plastic placement unnecessary in those areas (paint more print less).
Synced lighting to the progressing modes.
Enough multiball modes to have a party (6 Ball trough)
leather covered siderails with spike or pyramid rivets
Flames, flames, flames....
More cool stuff as I progress through the different stages...(or less it depends on what makes the cut)

And now finally to reveal the Theme and Title:

So who is in for a wild ride?
Btw the game will be programmed using MPF and the hardware used will most likely be either P3-ROC or FAST (still need to have a look at both in direct comparison).

Things needed except the boards atm are:
A Cabinet
Some american tools (we are metric in germany and good luck finding the tools needed around here for a reasonable price)
Most likely some help or a helping hand
Spare time

Nothing wrong with the Priest! They've been getting a lot of love in this thread:

Nothing wrong with the Priest! They've been getting a lot of love in this thread:
https://pinside.com/pinball/forum/topic/the-official-pinside-hard-rockmetal-thread
I'll be following...

Great! The first follower of this insanity in under ten mins

Will try to get some more info as the current song list on the way once I get home from work today might also do some more sketching around.
It's all down to gathering the money for the boards and finding an old cabinet until I can do cardboard prototyping for the general layout without the mechanics (They are standard of the shelf Williams stuff nothing that hasn't been tested and done they are just made to look fancy on the game)

How are you doing a lower playfield without a window? Or are there two levels of upper playfield?

How are you doing a lower playfield without a window? Or are there two levels of upper playfield?

The upper half of the playfield is evenly divided by half and into one upper playfield on the left (raised as there is a loop shot coming through underneath) the right half is lowered a bit (scenery and stuff to make it pretty) and used as a lower pf)
Valhalla and hell so to speak.
I will try to make the lower PF easy to see as if I would build huge toys or scenery around it not inside it would obstruct the players view.
An upkicker will feed the ball to a wireramp from there once it has "drained" there feeding the ball back to the right flipper

As of now the current songlist is as follows (remember these are mode related and not sorted):
Normal level Playfield:
Firepower
United
Flame Thrower
Screaming for Vengeance
Painkiller
Defenders of the Faith
Leather Rebel
Metal Meltdown
Upper PF:
Children of the Sun
Halls of Valhalla
Redeemer of Souls
Angel
Lower PF:
Hellrider
Nightcrawler
Necromancer
Evil Never Dies
Eat me Alive
Everything is still subject to change but i guess that should be enough music/modes to have fun for a few hours

Added over 3 years ago: Midnight Madness Feature:
Living after Midnight (for obvious reasons)

Foto Updates: This evening and Friday

Forget Maiden....I would have to be in for a Priest pin. Looking forward to seeing this.

Actually I was thinking about having the ramps, toys, scenery made in numbers of three but as most people building custom pins know there is no way to sell a pin with a licensed theme without spending a fortune on the license.
BUT
If I can keep my promises and it turns out awesome I'll build another one solely for shows.

But I gotta get a cab and my BOM down first which needs some more weeks and months as doing something this size alone requires amounts of spare time I don't have to get it done in a reasonable amount of time.
But hey it's a hobby and a project so I've got as much time as I want and feel I need.

BTW today's second update:
I guess I'll settle with FAST for the boards as it is cheaper and using network cables to connect the boards eases the pain of crimping 10000 connectors

Changed the topic to something that is on
point

Need to add some more older songs on there too....

Just saw the band a few days ago. They still put on a great show.

How can Victim Of Changes not be on this machine? It's the ultimate Priest track!

Need to add some more older songs on there too....
Hell Bent For Leather
Metal Gods
Tons more....

Well Metal Gods will be a wizard mode.
I forgot some songs just because there are so many but believe me once I get everything together and it's coding time I'll add more and more

The current list is not final in any way it's just what came into my mind so far.

The creative thought process involved in building a machine is just pure fun.

Fresh Updates and a sorry for no promised pics I played a tournament this weekend.

For now until I can afford another solution I'll order OPP boards for prototyping and testing some mechs and features before having them made or finalizing to look if they are tough enough to stand a beating or ten's of thousands or need reworking (I.e the melting pot bash toy/lock) and the (big reveal ahead) spiral of doom for the hell playfield and modes.

I'll keep you updated on the order and arrival/assembly of those features throughout the month.

Some time has passed and here's a quick update:
The boards have been customized and should arrive sometime around May, when they are here the general prototyping can begin.

On another note I'm about to rent a small workshop to speed things up a bit.

Update on the current state:
I just got a cheap workshop with a buttload of carpentry equipment for my pin servicing biz, I'll use that to build the pin too. (100 sqm)

The game will use heavily customized and modified OPP boards which will be here later than expected due to some parts not being stocked. (we think they'll arrive in August)

Following .. huge Priest fan. I think for a mass market you are missing most of their top 10 songs. Here is a good sampling of the top 10 from Loudwire. http://loudwire.com/best-judas-priest-songs/ Would love to see your vision for this Pin. Exciting

I'm sorry I just can't get into a top 10 Priest list that starts with Turbo Lover.

I'm sorry I just can't get into a top 10 Priest list that starts with Turbo Lover.

I definitely won't use turbo lover TBH it's not that worthy of being featured in a pin..
I found the original first sketch I did which was rawer than raw and is outdated by now, as I solved tons of problems and stuff that was TBD there.
Plus more from British Steel and Screaming for Vengeance to be added.

As I got my workshop set up by now I hope to get going with the whitewood in about a month during my vacation.

Well for all interested peeps here is that abomination of a sketch I did during lunch break some time ago. ( I lost that sketch 2 days later) 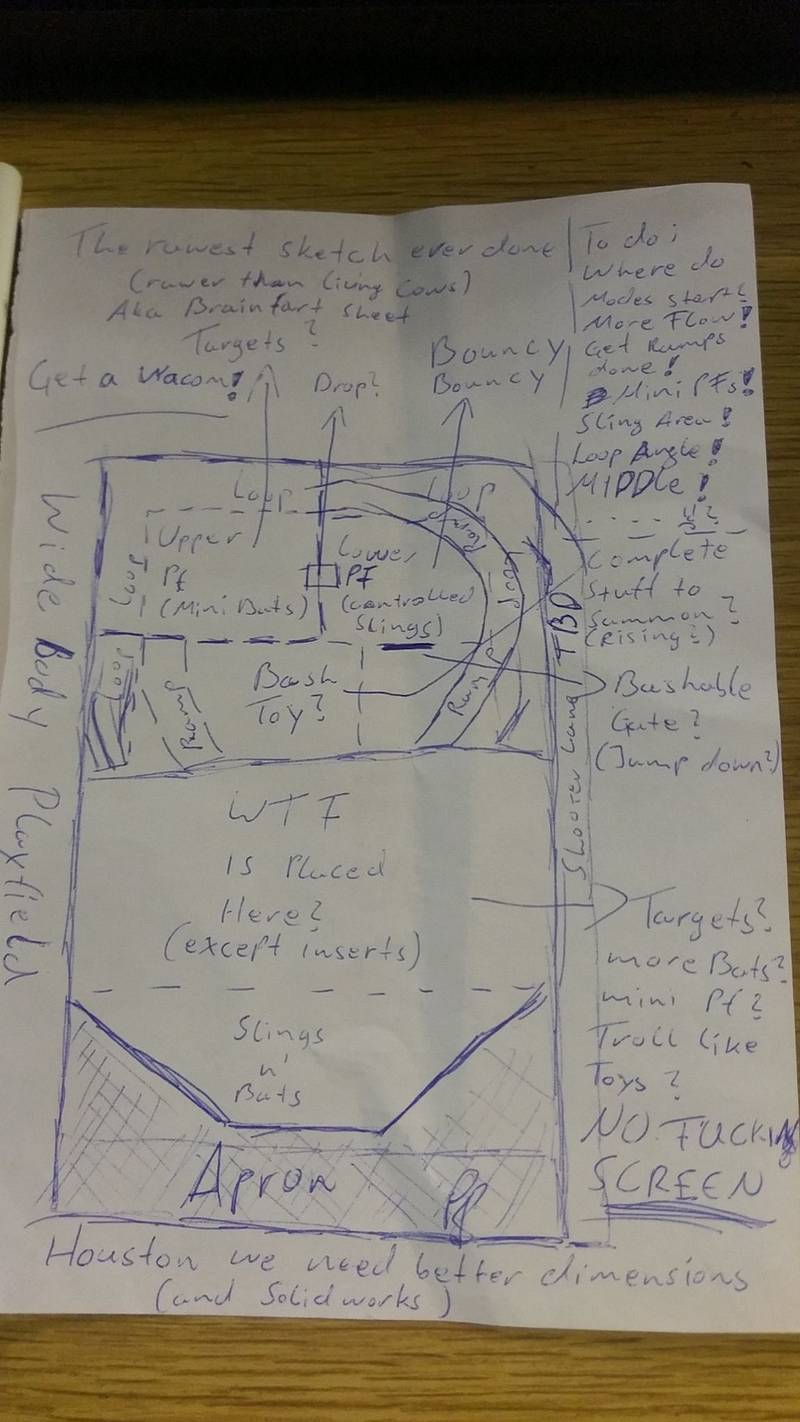 Your commentary alone makes me want to see this come to life!! "WTF is placed here" "No Fucking Screen"!!!
Thanks for the inclusion of Screaming and British Steel. Electric Eye would be a great song with some cool stuff! Keep it up and please post progress!

I might be German but I tend to brainstorm in English IDK why though.
And yeah I'll do my best to make this come to life.

Weil Time to raise this Thread from the dead.
The project is still active but due to some unforseen changes at work i just didnt have any spare time to spend on the project.

I got an old hardbody body today complete with side rails, glass and lockbar hell even the transformer is still inside, no bad deal for 15 Bucks.
So that means i need to redesign some Features as it is a Standard Body instead of a widebody.

The boards are done and just need to be paid and shipped.

Other than that i need someone to do the graphics and cad/cam stuff properly and we should be ready with something presentable in a bit less than a year.

Other than that pics will be following the next few days.

I think you are better off with a standard body. Good luck and god speed, may the Hellion protect you from above whilst the Sentinel leads the way!

Just had a Look at the lockbar and rails on the cabinet and they are Rusty which is no Problem at all as i’ll ive them the proper airbrush Treatment, so thats one more off the List.

That‘s what i'm working on atm.
Prepped it for painting but got it a tad too smooth after derusting paint wouldnt stick too good will repaint tomorrow and supply a Pic of the prepped cab 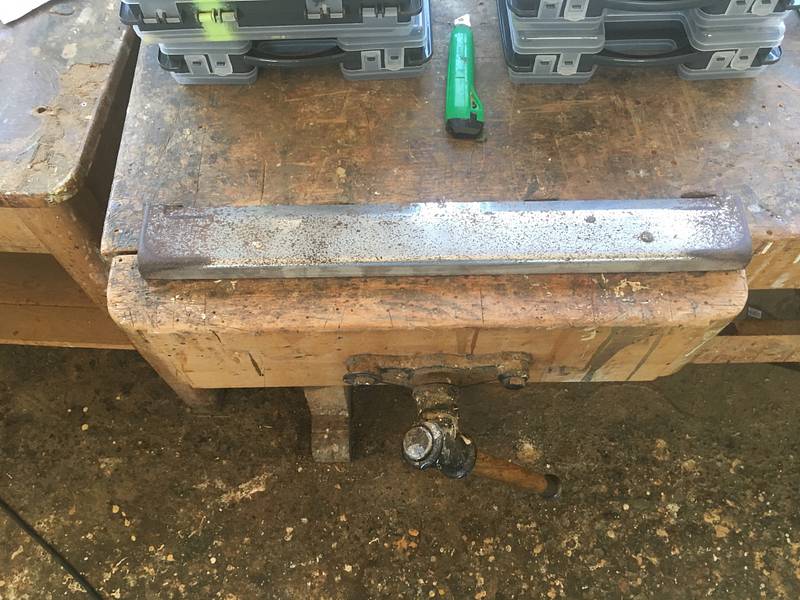 Nice warm and dry evening time for a quick basecoat

Color will be added tomorrow 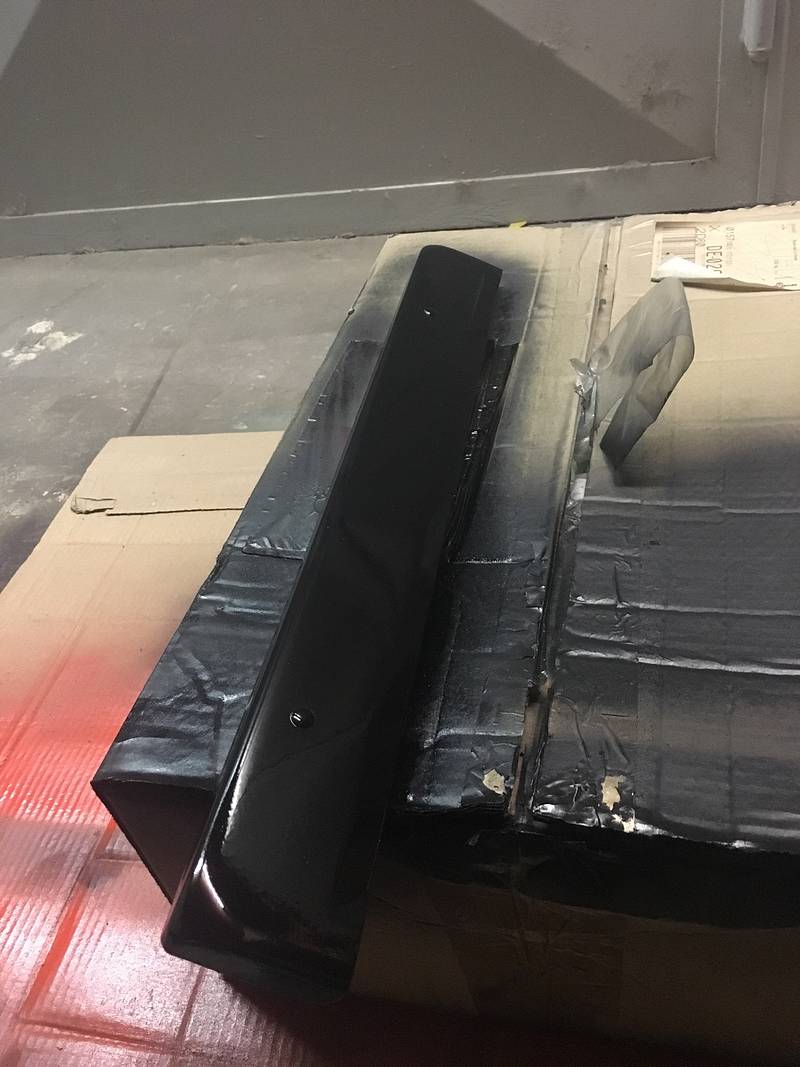 Quick Look at the Color 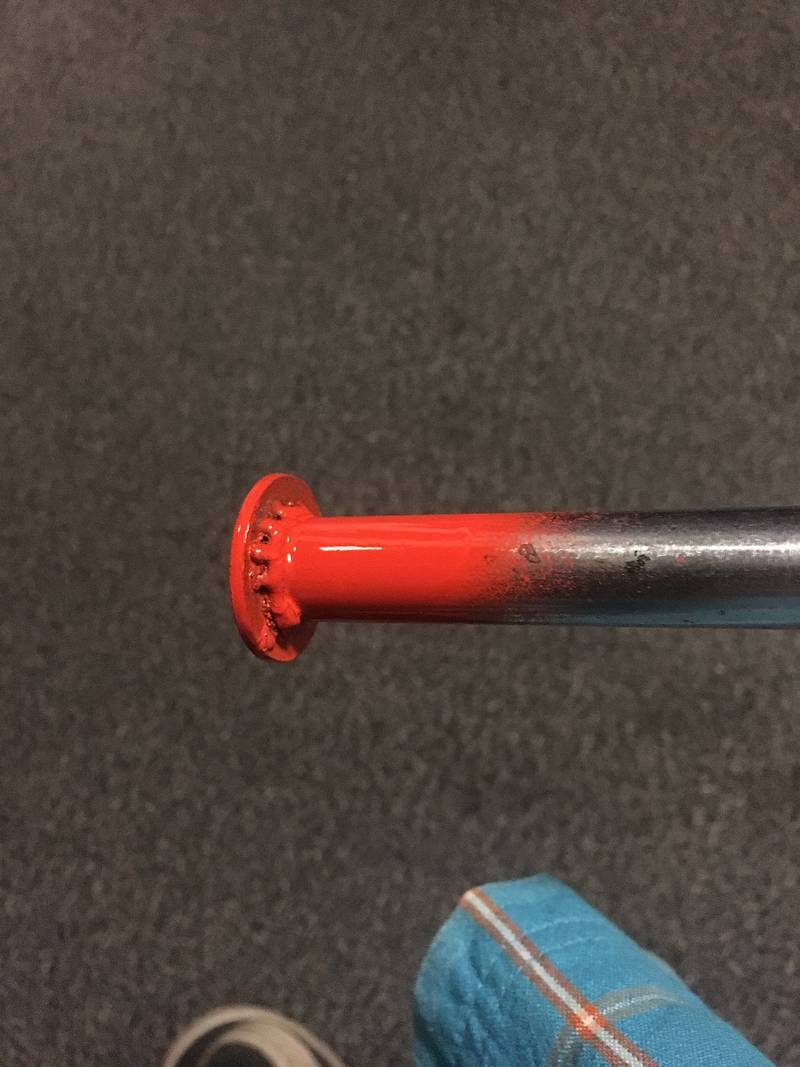