Picked up an Atlantis this past weekend. Still needs some work but took it out of the garage and put it into the line up.

Put it next to Fathom.

The technology difference tween Atlantis and Fathom is like going from the silent era to technicolor in the movies with “the talkies” in between.

How many great Gottlieb EM’s were made in that time, how many beautiful Sterns were created, what about the Engineering in the Bally’s?

With all the talk about price escalation in the newer stuff, forget a bout it, old school is the way to go

P.S. forget about those two dogs to the left of Stars. They never get turned on anyway. 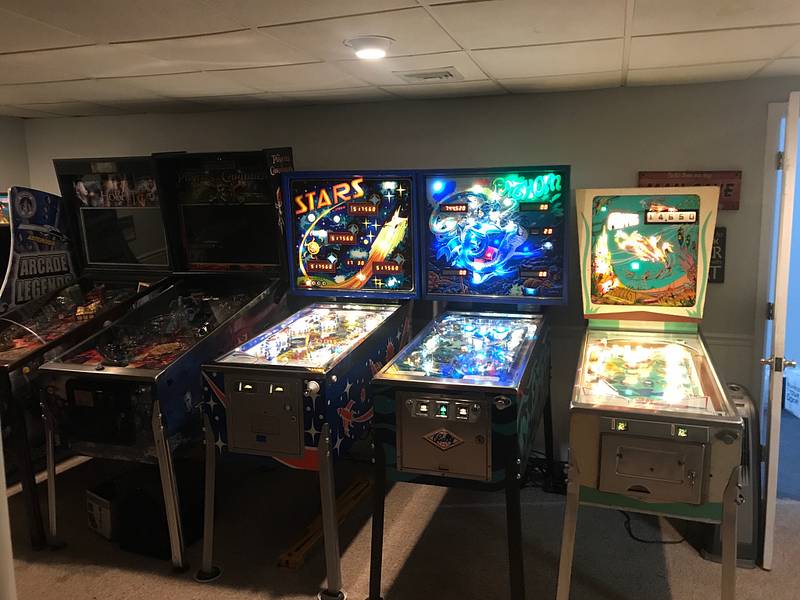 I think the golden age is from 1934ish to present.