Has anyone from the Netherlands actually asked for a refund and gotten one since the debacle?

I think one difference is that a lot of pinball-people from the Netherlands know one or more of the people involved creating or working on the TBL project. The Netherlands has 17 million inhabitants, but the pinball-world is of a size where a lot of pinheads know each other.

I myself would definitely stay in for the reason that I'm very confident things will work out fine.
I certainly wouldn't be so sure though if I didn't know the people involved, so I can understand the doubts when i.e. you only once talked to some guys involved (Phil, Barry, Jaap, Koen or others) and haven't spoken to them since and only read pinside.

That said: I haven't ever bought NIB and though I have no doubt it'll turn out fine in the end, I wouldn't buy a game for this much money without playing a final version, unless I was rich. (hmmm.... actually I'm quite rich already really: having been born in The Netherlands and having a good job, being able to go on vacation, buy tv's and stuff, going to the movies, being able to afford a NIB if I really wanted, etc..., but I do rent a house, don't own a new car or that sort of things, so I should probably say 'unless I was even richer').

I am thinking of buying TBL, for I really like the shots on the game, the way the game looks and the 'total package', but I first would like to play one with (almost) final software (too bad I can't have a rug and 500 discount with it though). Well, as said, I'm very confident I'll be able to play a production-game somewhere in 2015, so I'll make up my mind later.

PS: ofcourse I didn't vote, for I wasn't 'in' in the first place.

I am still in . I knew from the first day that there would be the risk of losing money, but i wanted to support
that project . And i want a TBL Pinball Machine .

This is getting made. I'm staying in. Let it roll! 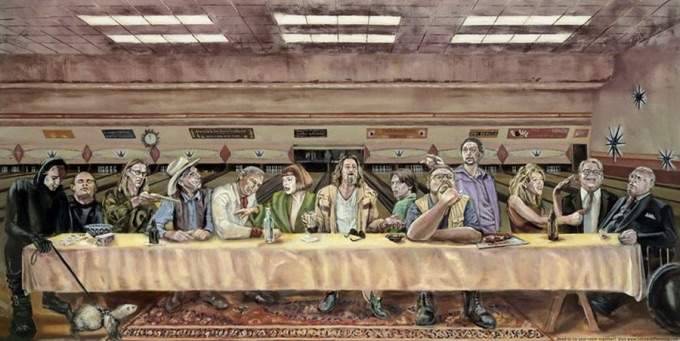 image.jpgWell I would like to wish all my fellow TBL preorders that are still in like me a Very Merry Christmas and a Happy New Year!

Well I would like to wish all my fellow TBL preorders that are still in like me a Very Merry Christmas and a Happy New Year!

I was in on day 1, but now I'm taking a wait and see approach. No rush, I just want to see how this works its way out. So, I'm a "maybe" voter for now.

This game WILL be made. There is no way it can fail. It WiLL be epic.