Hi friends. I screwed up my System11B Space Station and I've reached the limit of my skills and patience.

My current troubles started when I figured out what was causing unexpected multiballs. The left popper was misfiring in sympathy with several other coils. Sometimes when doing this it would trip its own switch, confusing the game into releasing a locked ball. It took too long to find that D34 on the Aux board was blown. I'm not totally certain that it was blown at the start of this saga but given its function probably so. I replaced it, but not before misconnecting a cable on the aux board and causing all hell to break loose. There was a pop and the game went dark.

Board came up with one blink on the diagnostic LED. I followed some pinwiki suggestions to rule out simpler issues, then I replaced the RAM with NVRAM. And the board came back to life! Except:

- No bong at startup, but occasionally it does make the quarter-second "bzzt" sound that I sometimes hear from Sys11's at powerup.
- No sound or music in diagnostics
- No sound when pressing SW1 for sound test
- No errors on pressing SW2
- After about 10 minutes on, the two sound ROMs on the MPU [edit: and U8 on the sound board] are almost too hot to touch. Main ROMs and the ROM on the sound board are normal.
- Display is badly garbled—

...I think I wrecked my X-Pin display as it also looks wrong in Whirlwind. I have a spare VFD (D-12232-1, from Whirlwind) that looks wrong in different ways from the X-Pin but I don't want to leave the spare connected for fear of ruining it too. I replaced the PIA at U42 for what turned out to be bad reasons.
- Aside from all this (!) it plays beautifully. Switches, lamps, flashers, coils, GI are all good and the original coil misfire is solved.

What I wonder, aside from "what should I try next?"—

- Shouldn’t my spare D-12232-1 work in this game? Both jumpers on this spare display are open. I guess since my X-Pin isn't getting any worse maybe there's no harm trying to get the other one working with it? Aren't they both simply Sys11B?
- Are my MPU sound ROMs likely destroyed?
- Should I worry that ordering new MPU sound ROMs will just lead to them getting blown too?
- Shouldn't the audio system bong with an error code now that I have removed U21 and U22? It's still silent, even with SW1. 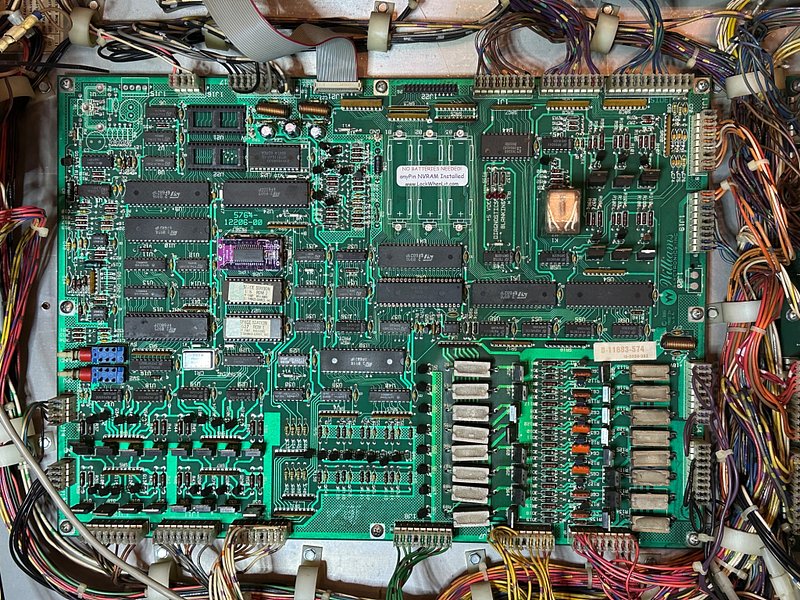 Bump? I gathered some more data and I'd love some advice. Next thing is probably to put Leon's ROM in it to see what else I can learn.

Here's a typical address line on U27. We know this ROM is good because the game boots and plays correctly notwithstanding issues above. 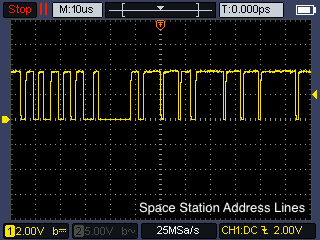 But a typical data line on U27 looks like this: 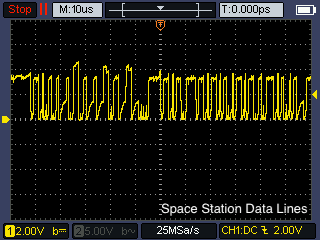 But perhaps that's a dead end. Whirlwind's U27 data lines are a little stronger but similar: 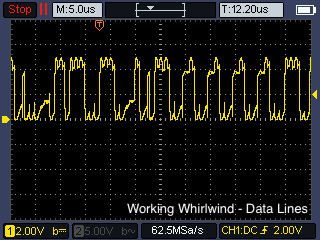 Or is the reduced amplitude of the data signal a key clue? Like maybe the voltage is lower because a resistance or a short is making the heat I noticed? How would I pull on that thread? 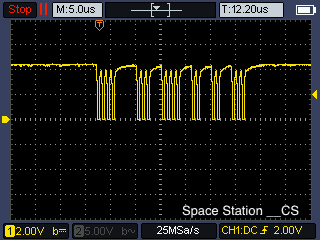 Really feeling at a loss. Should I just order new sound ROMs and see what happens? That wouldn't necessarily address the hot U8 on the sound board.