Man these flippers...... I am spoiled I guess from playing WPCs a lot lately, but these are just awful. They seem to have a lot more "wiggle" than the WPCs particularly during EOS. Do I maybe have a hardware problem or is it just a fact that these flippers kinda stink?

I see the left and right flippers use different solenoids too, that is very yuck for me. I'm thinking about putting the stronger (orange) coil on both L+R lower flippers,

I see replacing the coil stops could help with the long travel but that doesn't but me as much. I am curious, has anyone modded thier flippers to make them work "right"? If so I am desprately looking for suggestions.

Also custom rulecards.... Anyone ever come across some cool ones?

Okay so none of my playfield flashers are working, started inspecting why today and found the previous owner put a 20a fuse in the 10a spot for me, sweet

there is a single 33 ohm 5A resistor that all of the flashers go through, I am going to try replacing this first.

.
.
Also, does anyone know the part # for the slingshot arm? And the e-clip size for the bottom of the flipper shaft? Can't find info on either in the manual

Anyone have a place where I could buy a set of cliffy's outhole protectors? 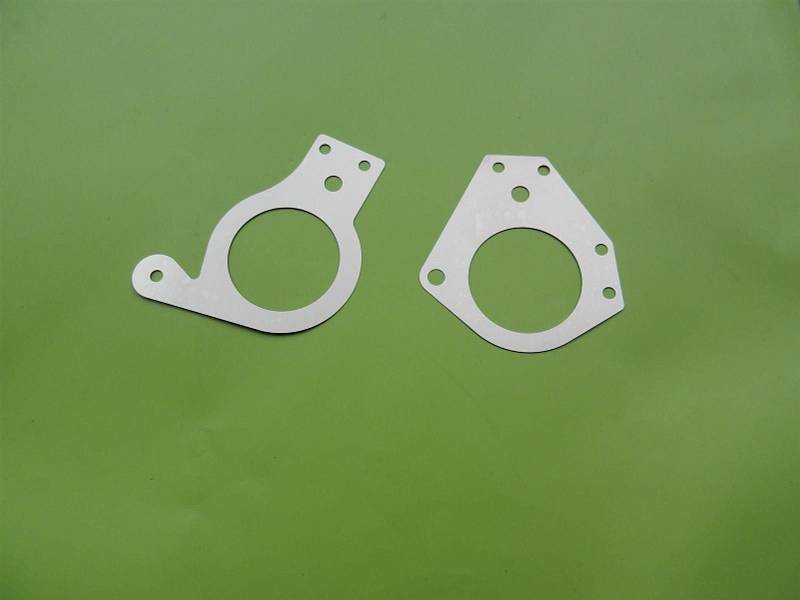 I have fixed 2 issues in mine that seem to be common problems.

The car crush flipper wasn't working, and trying to manually fire the transistor also didnt work.
Found "Relay S" under the playfield near the right slingshot had become mechanically bound up and needed to be repositioned, fired up the game and the car crash worked great!!

The playfield flashers were all out, i again, tried grounding the transistor tabs to test and got nothing. Looking at the schematic, ALL of the playfield flashers route through a 0.33 ohm.5 watt reaistor. I found the resistor UNDER the playfield near the very back (mid-left), took a little searching to find it, and it was burnt to a crisp! Replaced it, all flashers are ok but 1was stuck on (under balrog plastic, poor guy has a gross burn on his face from the previous owner before the resistor cooked itself). I changed the stuck transistor with a new 12N10 and everything is working!!! Now I'm waiting for the leds to show up from comet and I've got what I hear is going to be a bear of a teardown/shop coming up.

What's the story on pulling the mylar on these? Is there a high risk of peeling up paint while doing so?

NOT looking forward to putting this back together! 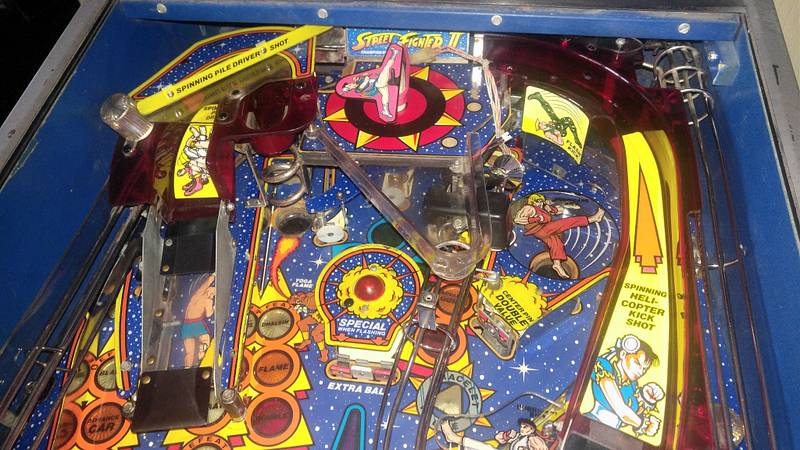 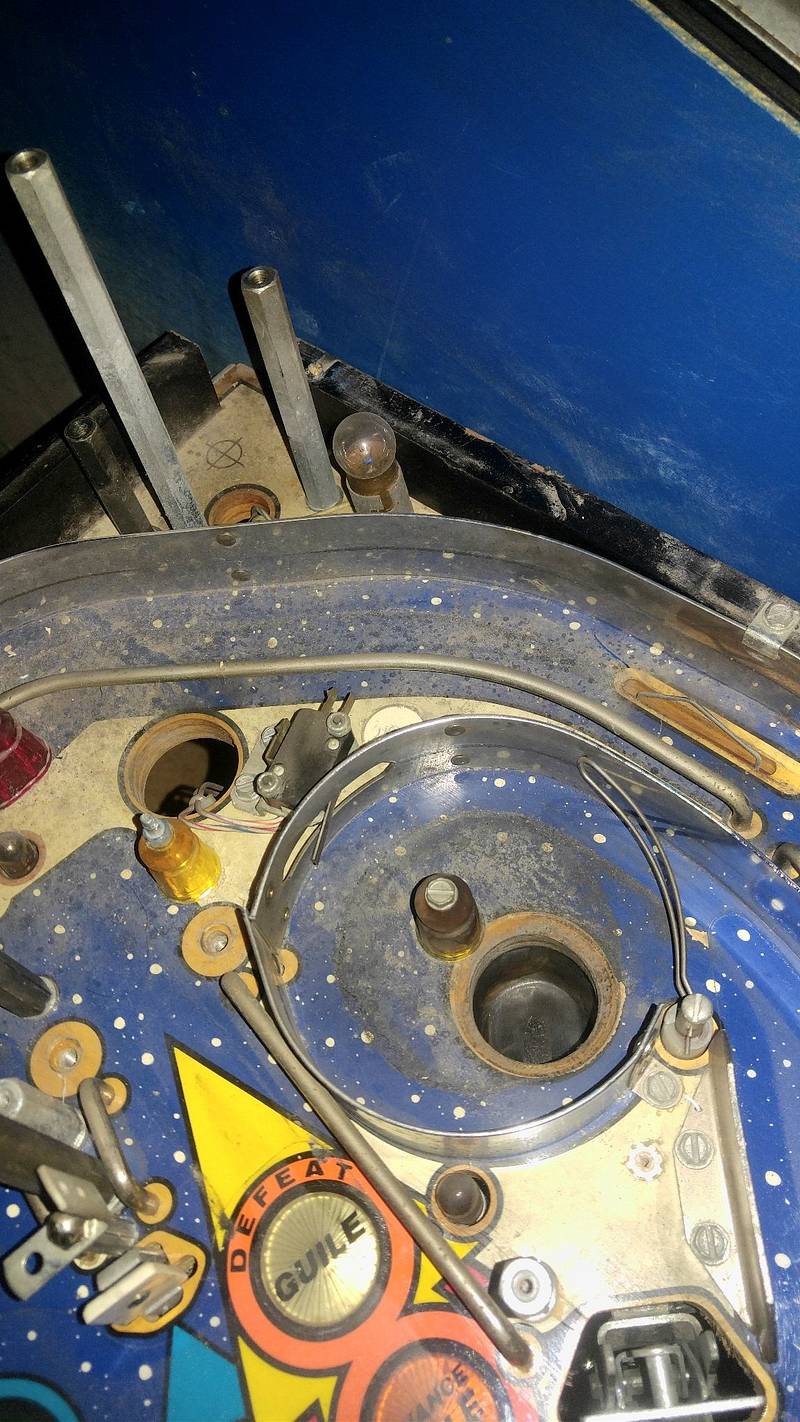 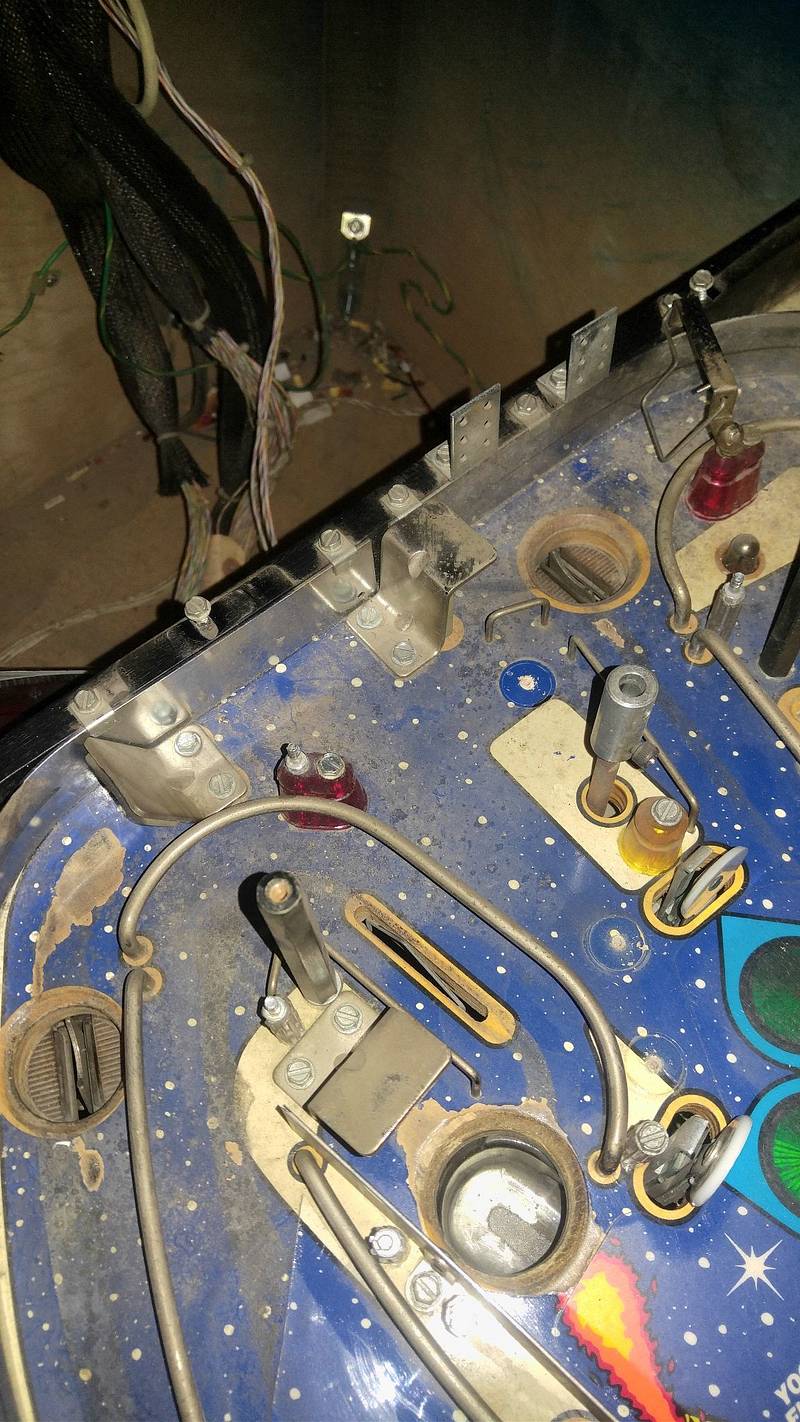 Did some touch up painting around the center window. Came out pretty darn good if I say so myself!

I need cool scorecards now, does anyone know where to get a custom set printed? My printer is awful. 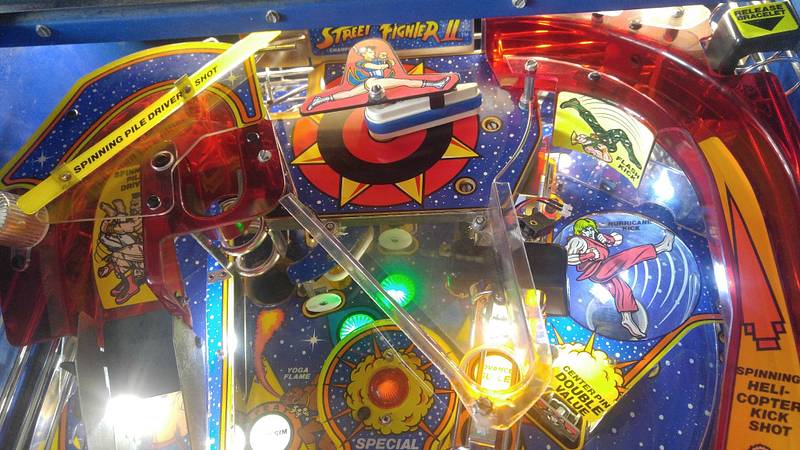 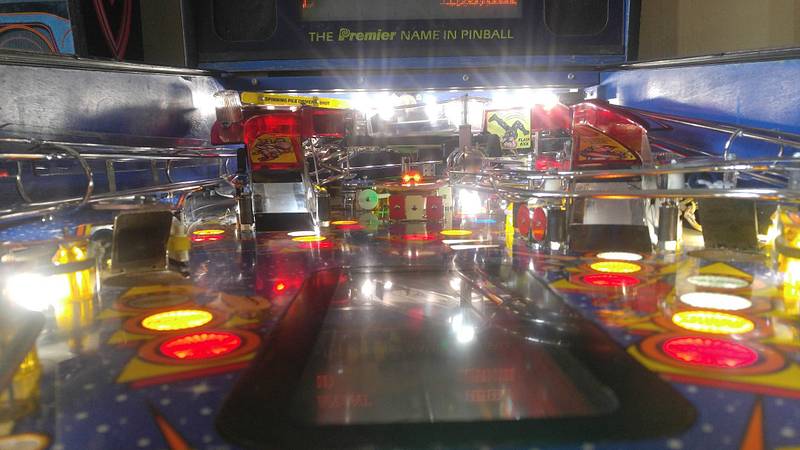 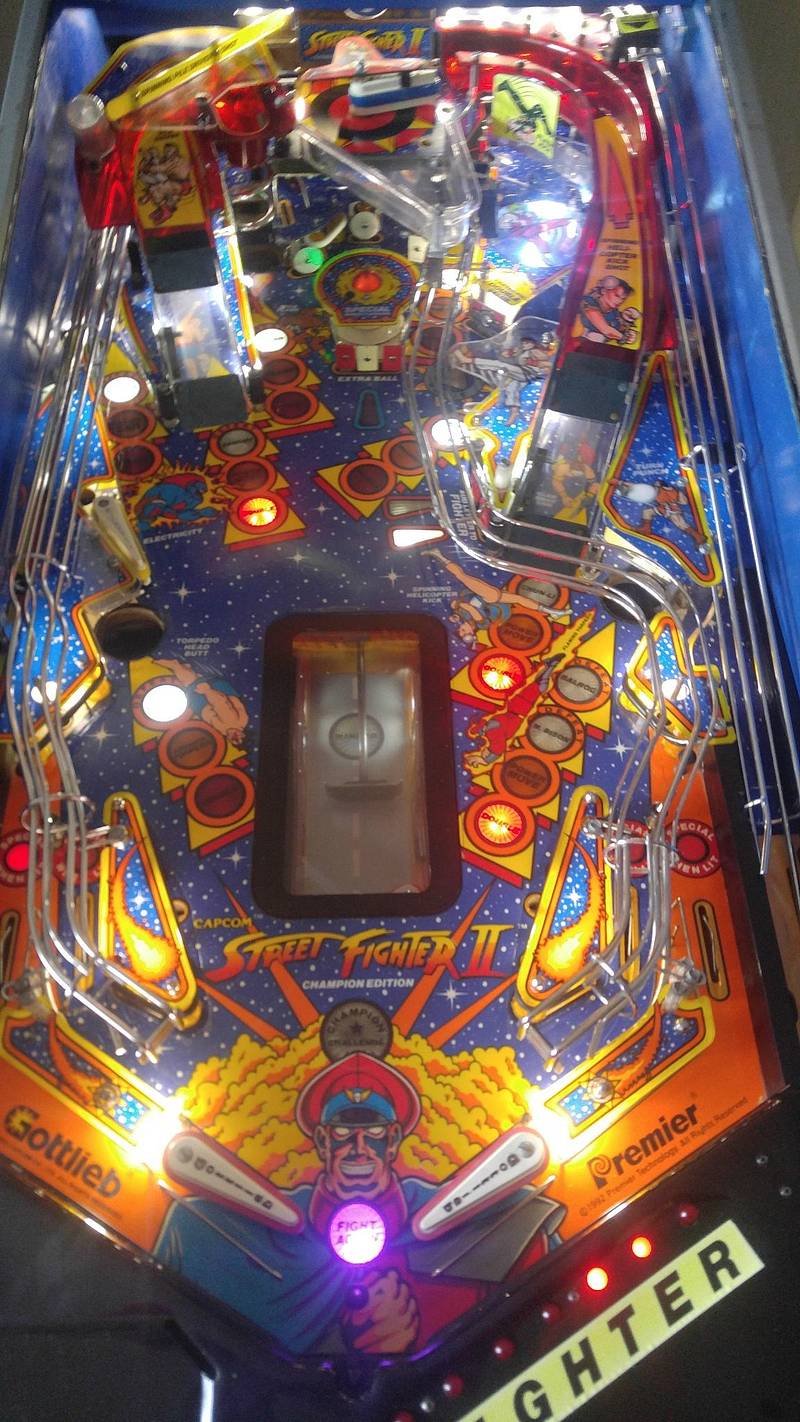 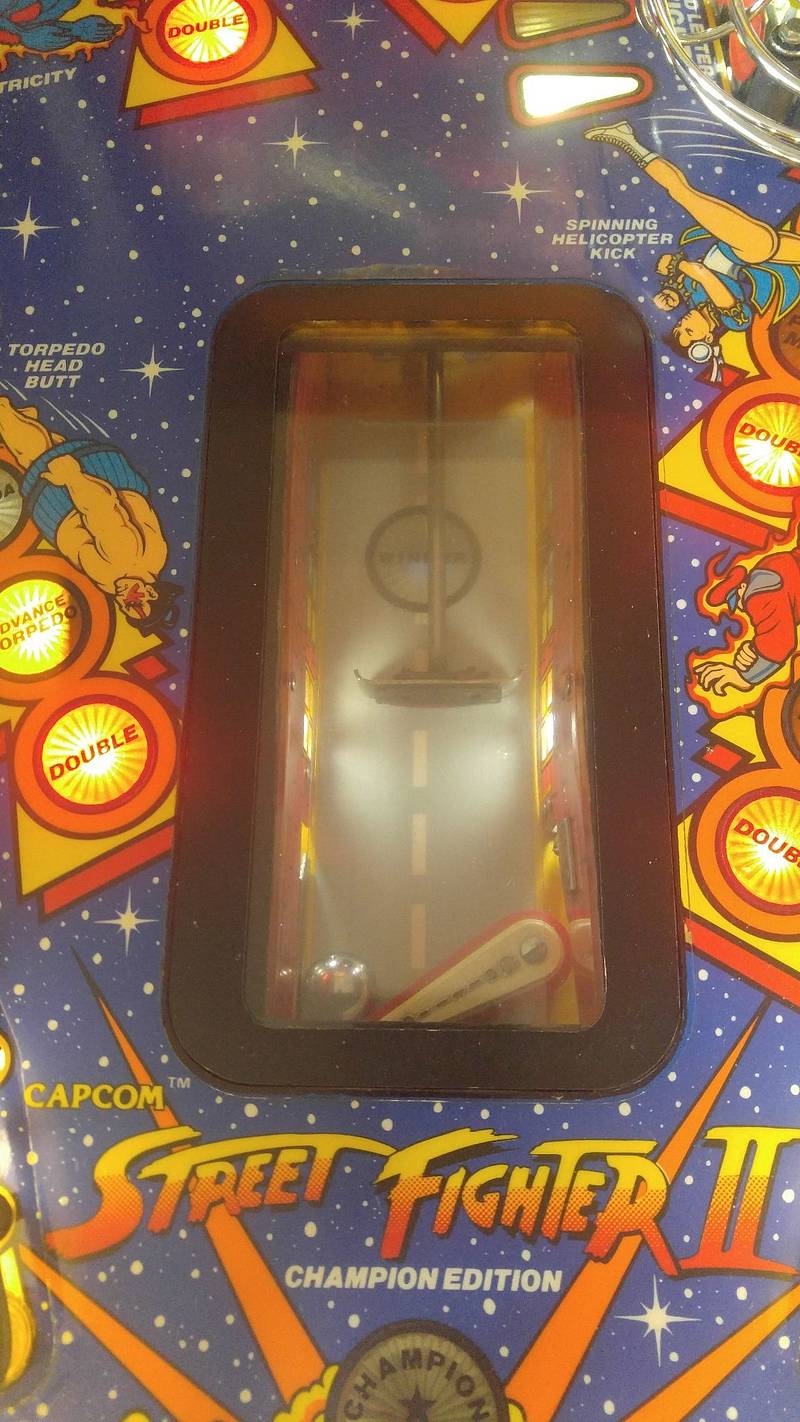 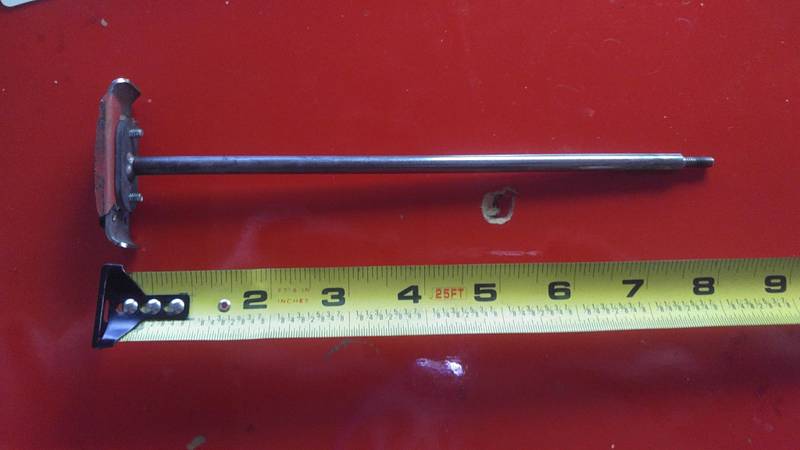 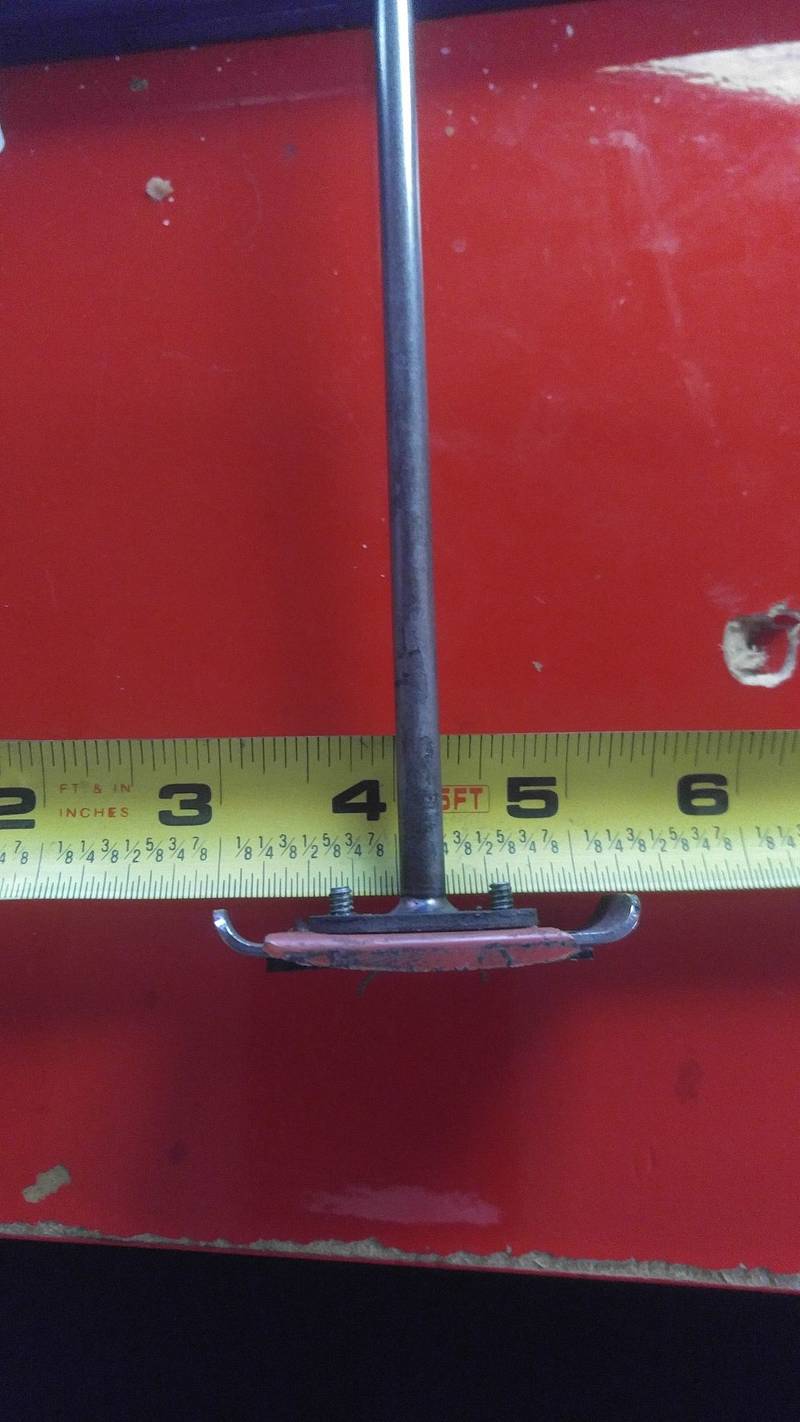 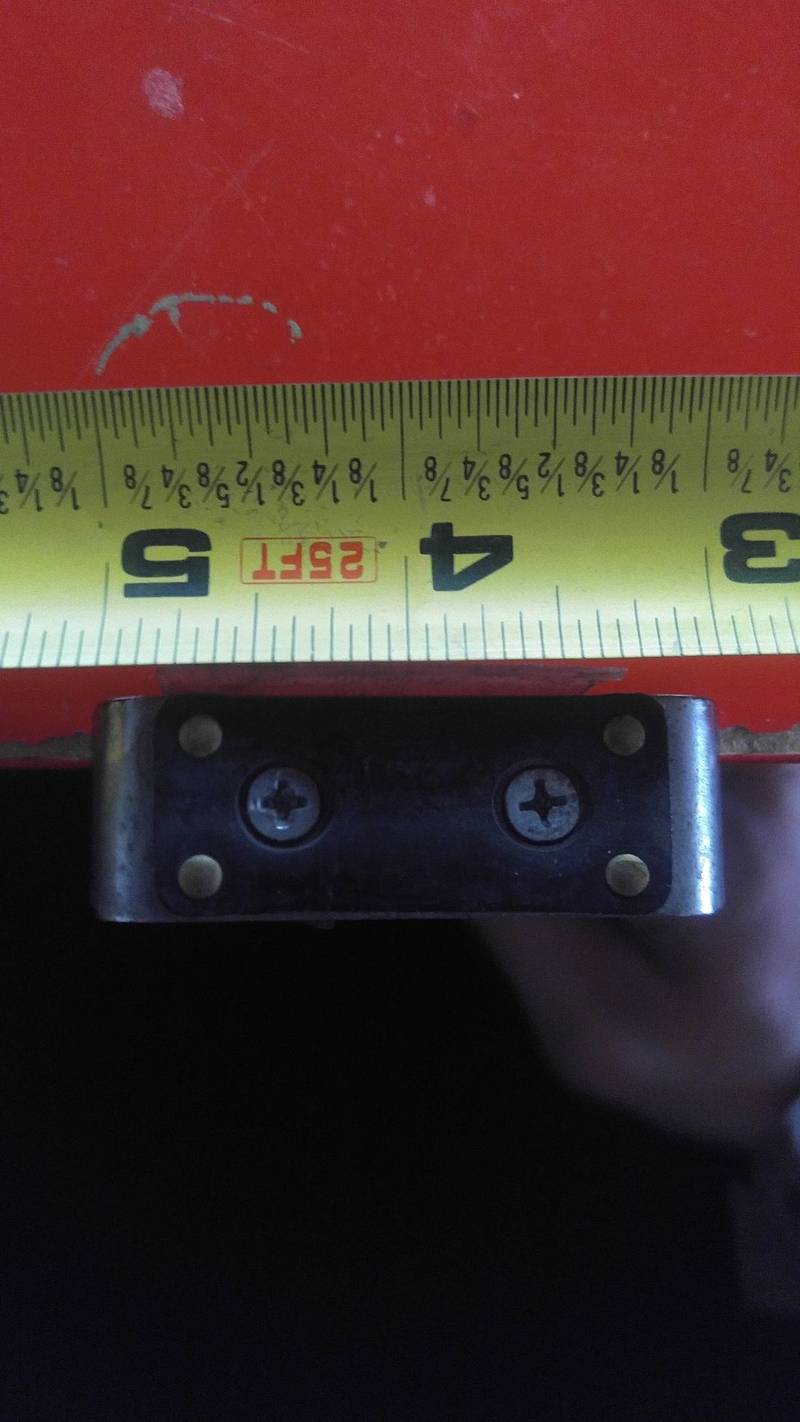 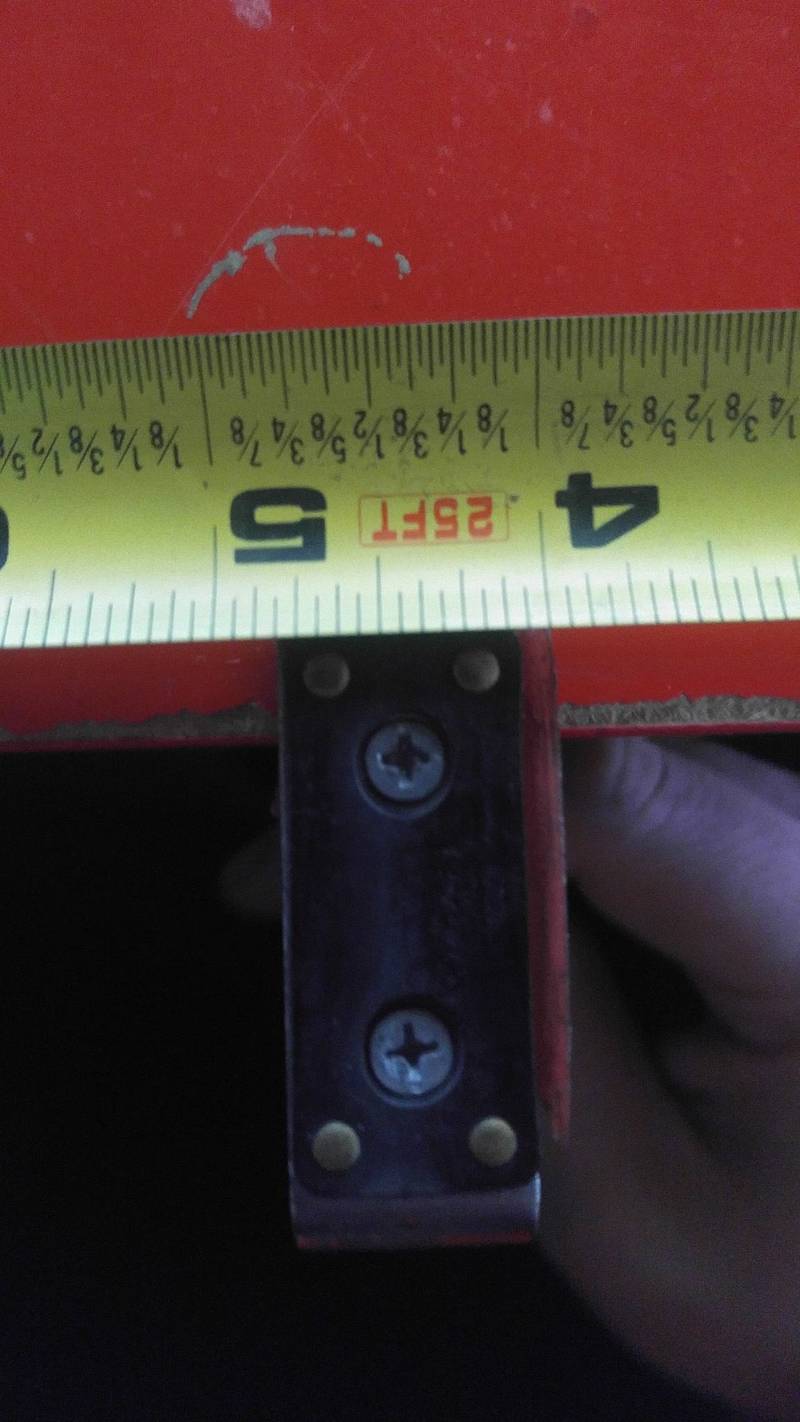 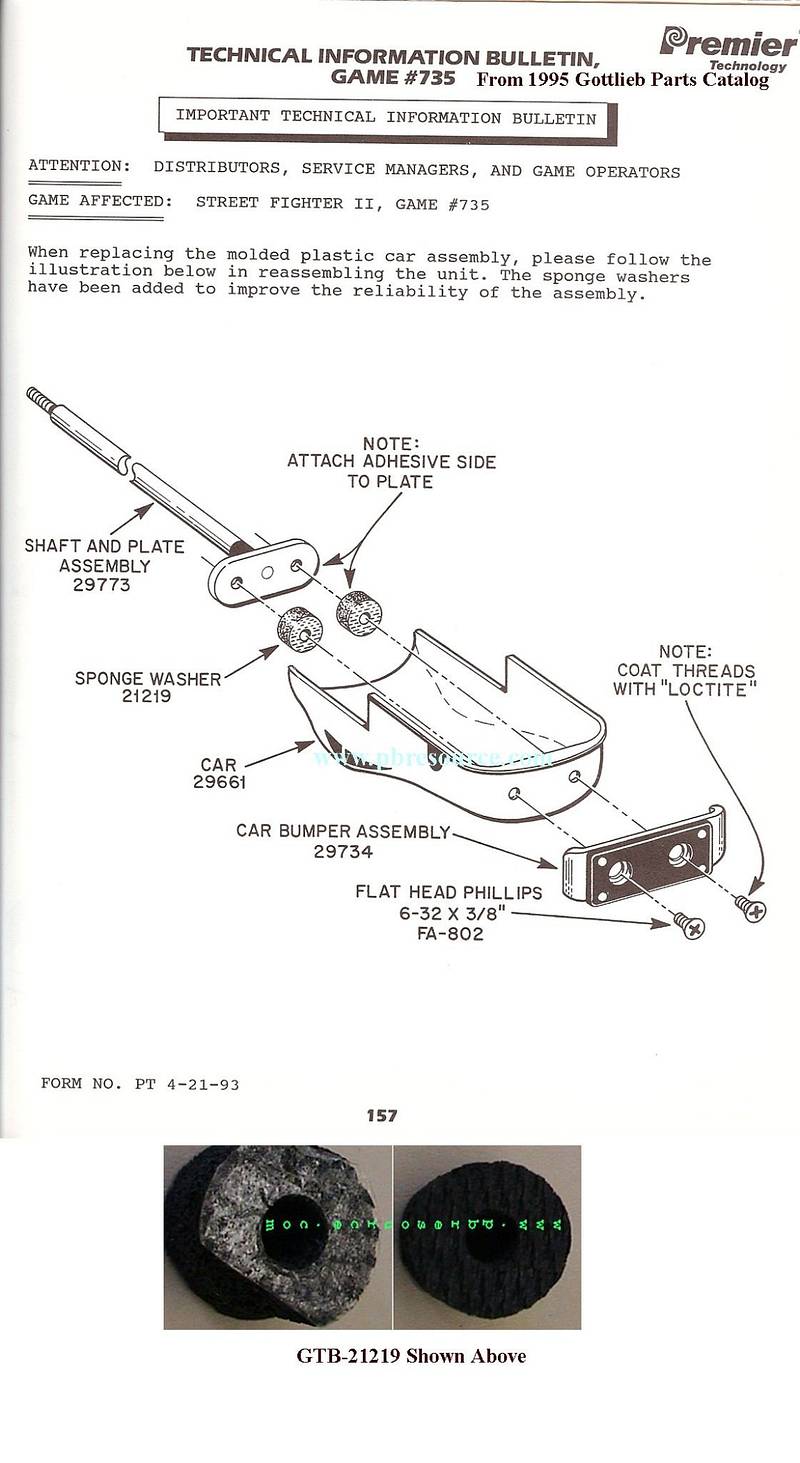 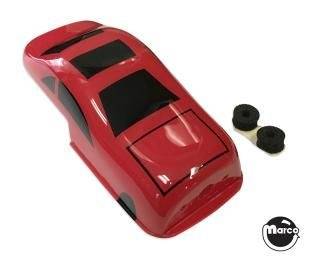 The hood lines just scream "punch and kick me into a million pieces!" 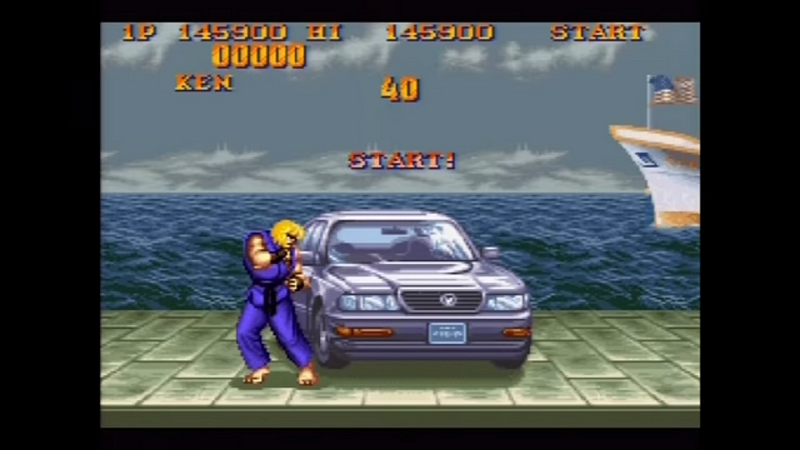 I'm likely going to print it "solid" with a cutout for the shaft at the bottom and the threaded plate. I could shell it out, but then I would just have support material underneath which would probably equal what the solid is (at least with partial infill).
I may also experiment with creating a flat area in the back and adding a piece of clear replaceable PETG to try to eliminate that ugly metal outer bracket.
What's everyone's preference for mounting? Hitting the hood or trunk?

I would say hood, Also, I think if there was a "front bumper decal" to put on the metal plunger that would be pretty badass

Also you'll notice that my metal bumper has some of the old broken car plastic in it. It pokes out of the bottom about 3/32" and rests on the playfield, and has a slightly backwards lip (probably to avoid scratching the surface when knocked bbackwards), the metal assembly doesn't "touch" the playfield, the car plastic does.

I would say hood, Also, I think if there was a "front bumper decal" to put on the metal plunger that would be pretty badass

Also you'll notice that my metal bumper has some of the old broken car plastic in it. It pokes out of the bottom about 3/32" and rests on the playfield, and has a slightly backwards lip (probably to avoid scratching the surface when knocked bbackwards), the metal assembly doesn't "touch" the playfield, the car plastic does. 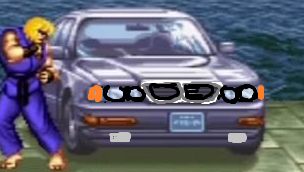 Also, is it just me or does the car in the game look more like a BMW E34 with a Lexus grille?

Pretty sure it can because I know it can estimate material cost based on inputting whatever you pay per kg of material. I'm not in front of my home computer but I can give an estimate tonight.

I doubt it will be. I've seen at least one youtube video of someone that attached a diecast toy to his and I'm guessing didn't affect the mechanism. PLA is pretty light in general, especially with light infill.

Yeah with a full sized ball there is definitely some room for extra weight, I use a 15/16" ball in mine and I can still get the plunger up in 3 good whacks

If you're trying to tune your car mech so it's "fun", you only get 3 seconds in the third round, the first 2 are supposed to be "easy".

I find during the 3rd(and subsequent) round, you have enough time for 3 good hits and a quick 4th slap, sometimes.

I would try to dial the mech in so that maybe one out of 30 attempts is completed in 3 hits (the perfect round) that way, you can beat the first 2, but the 3rd(50,000,000 points btw) is a good challenge and only pays off 1/5 or so and is highly skill based.

The club appreciates your contributions, and you are always an honorary member. Thanks Malenko!!

I did a flipper rebuild on mine, comparing it to data east and sega they are still very weak, i bought some new coils hopefully that makes a difference

Check the manual, the left fliper coil is supposed to be upgraded, game plays a lot better after

Ooh I think I'm in love

manual says 27 3/8 for the legs
http://www.marcospecialties.com/pinball-parts/D-4337

I got 4 new 27" legs from PinballResource. They are the right legs for the table but it still stits about 1" higher than my williams in the front.

The new car model looks very cool, huge improvement over V1 and the styling makes it really look like a LS400 that needs its face punched in. Hes going to have to make some adjustments like cutting out some of the rear of the car to make room for the slide mount mechanism, but it is going to be a quality piece when its finished.

MAAYYYYBEEEEE if you all ask for it he would make some sort of add-on LED headlight insert? Maybe like a motion activated thing that runs off a CR2032 battery

so when it gets whacked the headlights lights flash momentarily?

either way the prototypes look sweet, its cool the original red remake is available for the purists, but I am gonna go wit the upgrade when its ready.

in the meantime, I have been using one of these to pretty good effect:
ebay.com link: NEW ARII 1990 TOYOTA CELSIOR 1 32 Scale PLASTIC MODEL KIT OWNERS CLUB SERIES

I just cut the shell a little and melted it to make it a little bit shorter. Its cheap but a good temp, and the fact that its white and hollow means the light under "WINNER" reflects up through it and kinda looks cool. 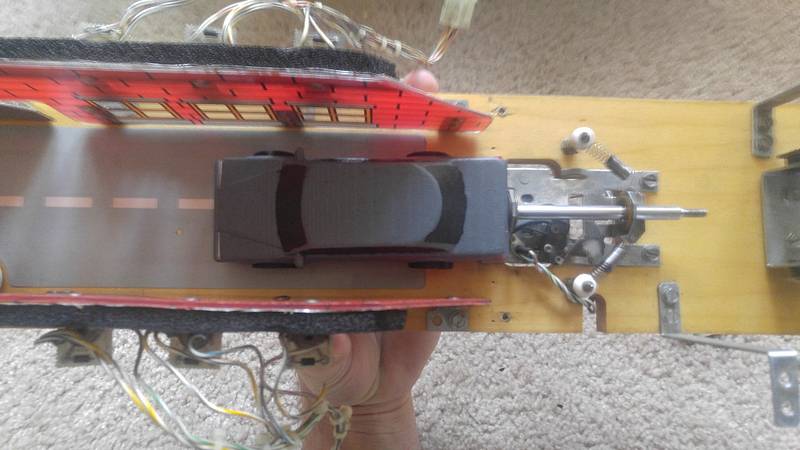 Where do i PayPal the thank you? 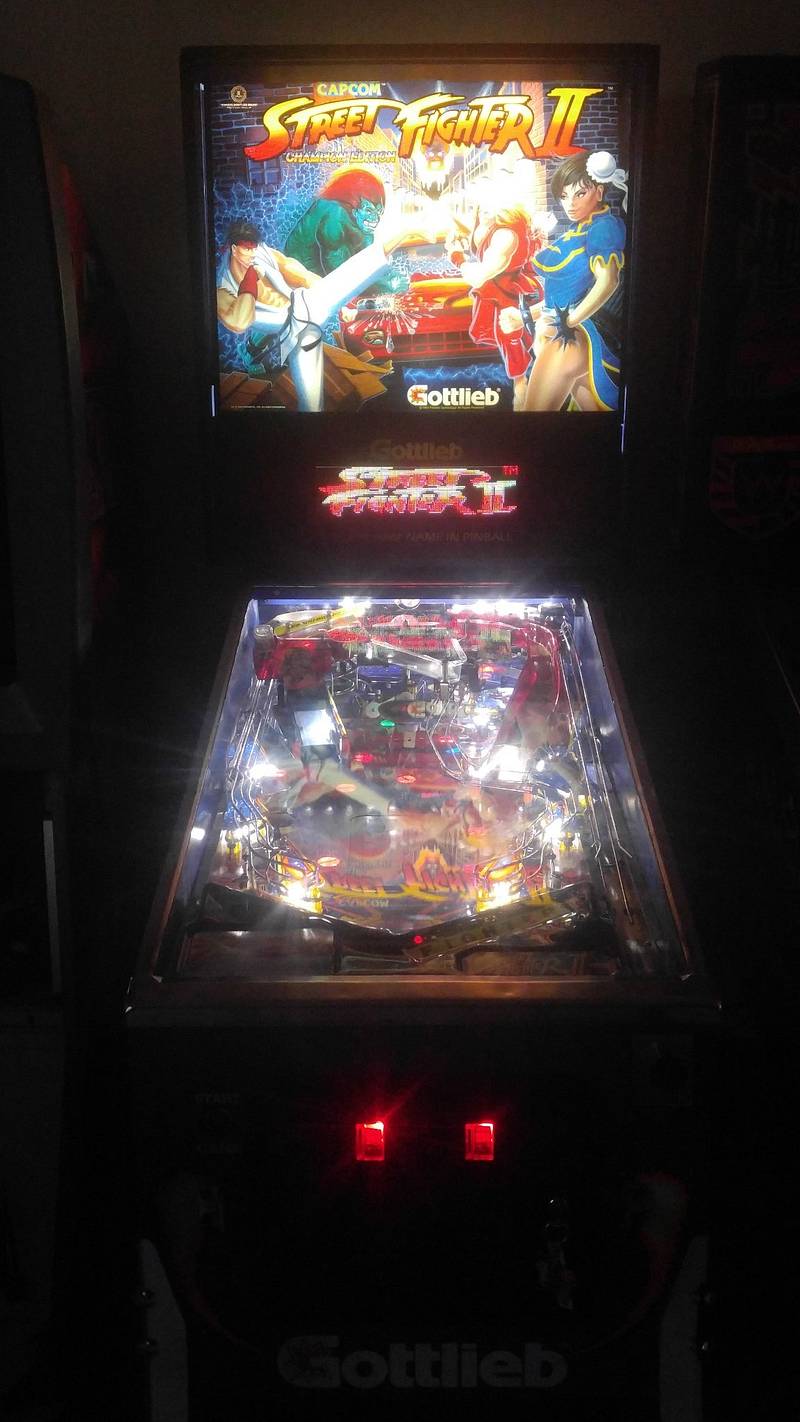 Got this Pinball Last Year at the York Pinball Show
The machine is a Reimport. Lots of work.
Backglass is Shot
Coin door is a mess no parts just a shell
Playfeild is unshopped an has been for some time now.
No Legs
Rusted side Rails
No Lock down Bar.
Game Sorta Boots.
No Car on the Car Crunch
So far got the boards running
Sent the boards to Coin op Cauldron
CPU Need new ram battery an a few Chips.
Need a new driver board completely dead ,every MosFET Open. Never seen that before.
Bought New NOS Ramps, Mini playfield , Sticker kit form Steve Young @ Pinball Resource
Got a New NOS Backglass
New Stargate Coils to the stargate ramps both sides
Got all the parts Need for the Coin Door Set back Up for Coin Op
Got a Set of legs an Lock Down Bar
Working on the bottom Playfield Now
Got the Star Gate Coils in
Cleaned The Hobbit Trail Ramps. They where Black
Checked Fuses They where all OVER AMP.
I put the right Fuses in. Hopefully By the end of the mouth I will be able to drop the playfield back into the cabinet.
Also working the Car Crush . It is working trying to make a Car for this (Next Project)
Waiting on the Legs Side Rails, an Lock Down Bar to get powder coated.[quoted image][quoted image][quoted image][quoted image][quoted image]

Hey good news the pinball resource has brand new oem decal sets and upper playfields for these tables. Get em while they exist!

Thanks latenite... I thought they were added at some point. It's almost the only pieces that are rusty on the playfied... I'll leave them.

If they are rusty I would replace them with galvanized ones, or try to clean them with never dull. They are just nails should be easy to pull/source/replace