You're currently viewing posts by Pinsider rai.
Click here to go back to viewing the entire thread.

That's the thing, they can't cancel.....without losing a grand. That's the price of FOMO

Or they could sell their spot in line to someone who wants to get RM.

Probably Stranger Things will be around for a couple of years in production so people can get one anytime.

Pinball = peeps got $$$$
If someone bought R&amp;M and this ends up being cool, they’ll get both.
Nice thing about Stranger Things from a buyers point of view: We can wait and see. No need to pre-order.

Right, I just bought a new SW from Stern which had been out for 2.5 years iirc so there was not any reason for me to buy SW in the week it was released.

I waited several years to buy Woz didn’t bother me a bit plus I was able to get the better 2.0 board version.

I'm really excited about this game because it's an awesome theme but man is it realistically going to be able to live up to JP2? Unfortunately I highly doubt it.

I must be missing the magic of JP2 because I feel it’s just ok. I prefer Maiden by a lot.

Why is this post even here on JP? Plenty of pins with upper flippers without this post? 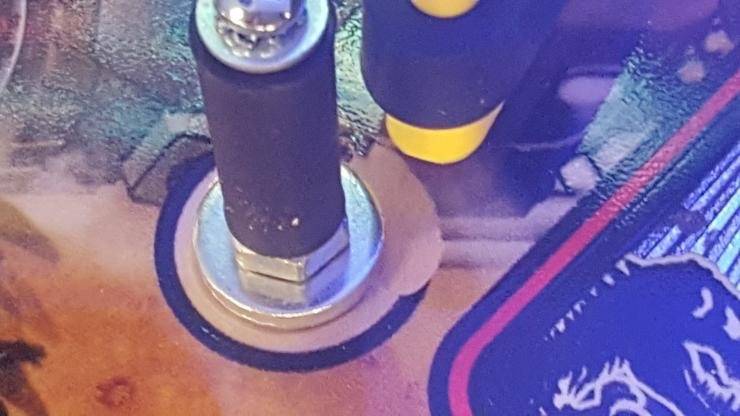 this pin looks awesome, interesting how it played out that Rick and Morty went own sale before this was revealed. I had to grab a spot on RaM but not sure how these will stack up.

I just started to watch both series and just 4 episodes in on both.

just my opinion but RaM is a better theme for pinball (I mean more comic and colorful) and I think comic animations are better than TV clips (but that said ST is a very good theme). I don't really have a strong opinion on RaM the show but just in general think it's a better theme.

Toys and features (IMO) it looks like ST has the strong edge (I assume need to get ST LE/premium).

I think both games look great and if not for the need to buy for RaM would have liked to wait and see which one was playing better. I still don't know anything really about how they will play.

If anything (might) be bad is that Lonny is on the code. I think he's fine but to me not on my list of guys I want to buy code games from. I am sure it will be fine code and to be honest he does a good job for the most part but I am more excited to think that RaM code team can do with Bowens, Eric and Scott on the code/rules.

makes sense. Don't get me wrong but the prices are going up and when RaM would cost almost the same as AFM LE (with shipping, shaker, etc.) have to wonder where things are headed until we accept $6K as the cheapest pin. Least Stern is putting service rails in the pro now. I wonder if the pro will have the projector but not the magnet wall. I could not imagine this pin without the projector.

Just like the 90s, maiden and JP2 are clear examples as to what makes a great pinball... UNIQUE PLAYFIELDS.

This is not true at all. Unique playfields don’t make a great game. How many WWEs have you seen or how great is RZ?

Much better to have a copycat PF that works. Metallica, Iron Man, AFM etc. Star Trek, SM etc. are not unique. Yet they are great pins.

You don’t know this has better code than AFM. AFM is a Lyman masterpiece. Strangey Thangs is currently unfinished.

I agree AFM has one of the best codes ever full stop.

Yep. I got SW pre a month ago and that's all I've been playing. I read some posts (here on this thread actually) put the layout down but I guess it's not for everyone but to me it's great.

I have not played SW home pin so I can not say but I bet I'd like SW pro more than the home pin.

It already does. Haha. Every game from that era is extremely shallow.
Right now STH Pro doesn’t have the moments that AFM has especially the demogorgon modes and the upside down, but the rules are already way more interesting than AFM. It has total annihilation but with three different tiers. It’s not the same each time. And the path to that mode is much more interesting (the 12 story modes).
That piece alone makes this code better than AFM.
What it will come down to in the end is can STH’s fanfare and moments and humor compete with AFM’s. That’s a tall task.

I respect your opinions and you know a lot more about game rules than me. But IMO just because a game is shallow (AFM, TNA, Tron) doesn't mean the rules are not as good/better than very deep games you can have your opinion but to me AFM and TNA might be very shallow but they have a special something that just is right and hard to duplicate. Just having 10 or 20 or 40 modes doesn't mean something it that much better than something with just a few modes.

Of course tho I am not that great a player so getting to Portal or TA is not easy thing to do. If I was breaking through AFM on the daily then maybe I'd say it's rules are too shallow but to me they are almost better because it's not like some games like Woz or TWD which I never get close to the end type modes.

A statement like this is pure ignorance and misunderstands the benchmarks on which to judge. These are “action board games” ...games live or die on play & rules. “Shallow” is a totally misguided term by those who think they know what “depth” means and think mode mass and content = depth. Almost every 90’s game has a perfect match of rules & design that complement each other & make for a perfect gameplay experience that’s fun to play over and over. If this wasn’t the case, you wouldn’t have had decades of people wanting to buy these games for their home & playing them non-stop. There’s nothing shallow about them...they’re expertly and elaborately thought out. The only games that are truly shallow are games like BTTF...which almost have nothing to do. Hit drops, lock ball, repeat, multiball, that’s it. B/W’s best? Nah. Not shallow. Ever. Anyone who would claim that is flat out wrong & using the term incorrectly....especially if they’re trying to gauge superiority of machines.

I agree with a lot of what you are saying but Chuck knows his rules better than most people. My point is that sometimes a pin has just the right amount of rules and that it doesn't need 300 made shots to get to the end. But at the same time it would be interesting to see if a game like AFM was updated with a separate set of rules or side missions whatever it might actually be better than it currently is.

I think we need to separate two things AFM (code) and AFM (layout). IMO at the this point AFM holds the cards in both categories. just my 2c (some of that might be nostalgia where I would say Joy Division is better than Radiohead doesn't mean it's a fact, Radiohead might be a better musical act but to me some things are better can't put my finger on it but just are.

I guess it's ok for 90s games to have shallow code (or retro 80s game like TNA) but when a 2019 game tries to have shallow code like Munsters it's not a good look. I suppose it's like cars where a 60's Mustang doesn't handle like a modern car or have the brakes or the tires that get the performance or much int he way of modern convenience (maybe a radio and AC), but people love the 60s era cars for whatever reason and yet the modern car is better in every way people will still say the 60s car was better. Might be same with pinball machines, I do agree that 90s type games had a lot more physical tricks and toys but the new games (Tspp and beyond) have a lot more code to play around with.

I really don't see Stranger Things as a better theme than funny generic Martian pin but that's just me. Stranger Things is serious drama. Not saying it's bad but that sometimes the funny or goofy theme translate better to pinball.

cool and kind of...hey at 9k you'd think that could have maybe been included.

I mean for $9k this should be the whole nine yards, look at AFM LE was $8K plus shipping how can Stranger a things be so much more money? also the SW topper price is off the hook.

You're currently viewing posts by Pinsider rai.
Click here to go back to viewing the entire thread.