Post #1775 Trailer with intro from Duffer Bros. Posted by johnnyutah (1 year ago)

You're currently viewing posts by Pinsider corvair61.
Click here to go back to viewing the entire thread.

Just locked in my spot for an LE. BOOM

Besides rumours any real info this will see the daylight?

Confirmed announcement within a few weeks. My distributor wouldn’t be taking my deposit otherwise.

Alien Alien and Alien. Rivals Hobbit, which does it really well but i prefer the Alien universe.
I know no ridley but they nailed it.

Thanks for the early morning laugh. Lol

Be careful. The addiction only gets worse from here. 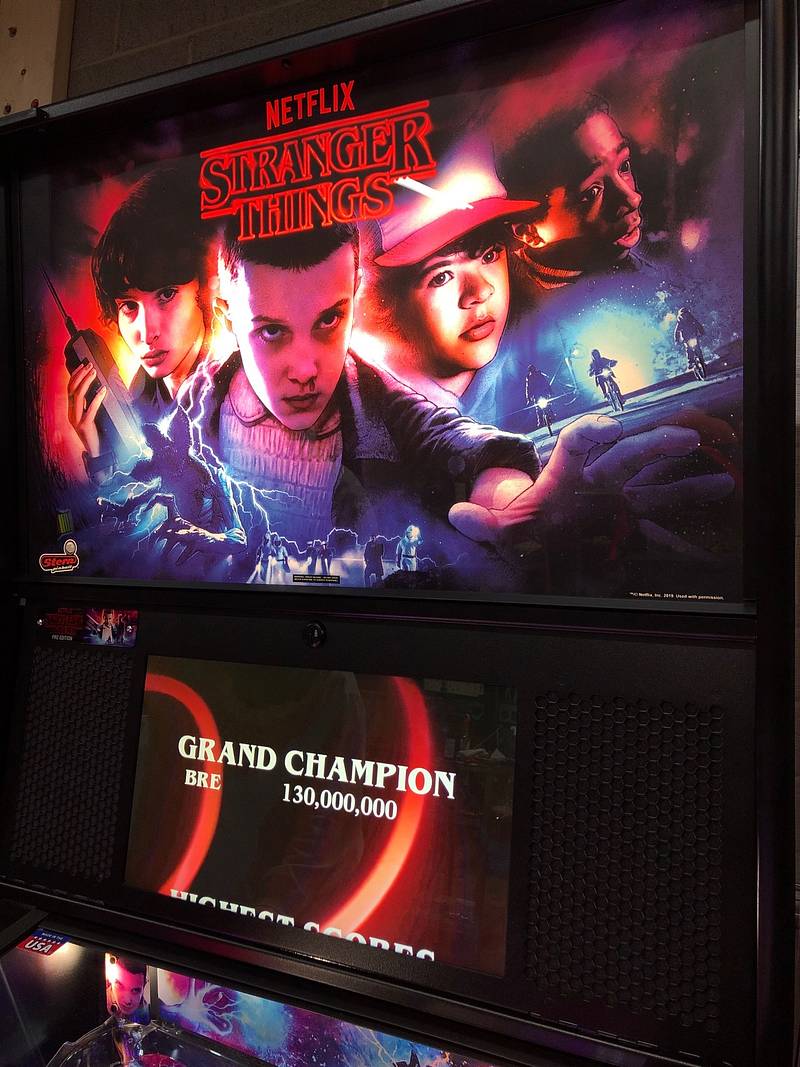 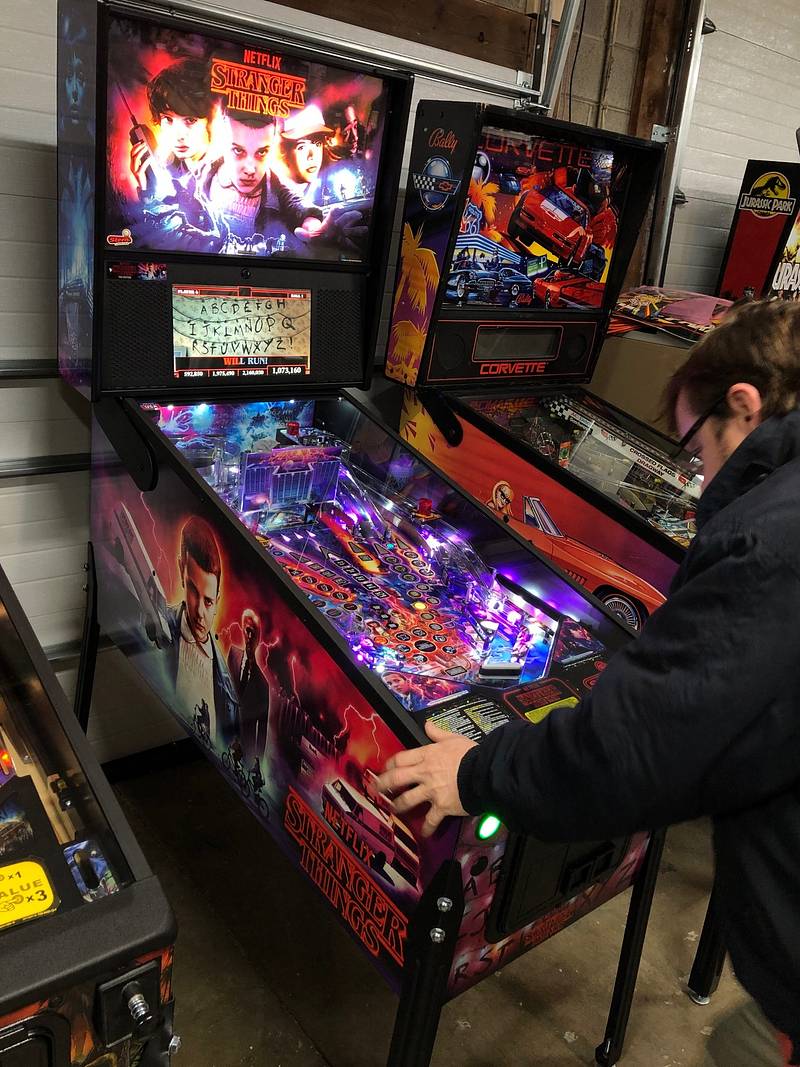 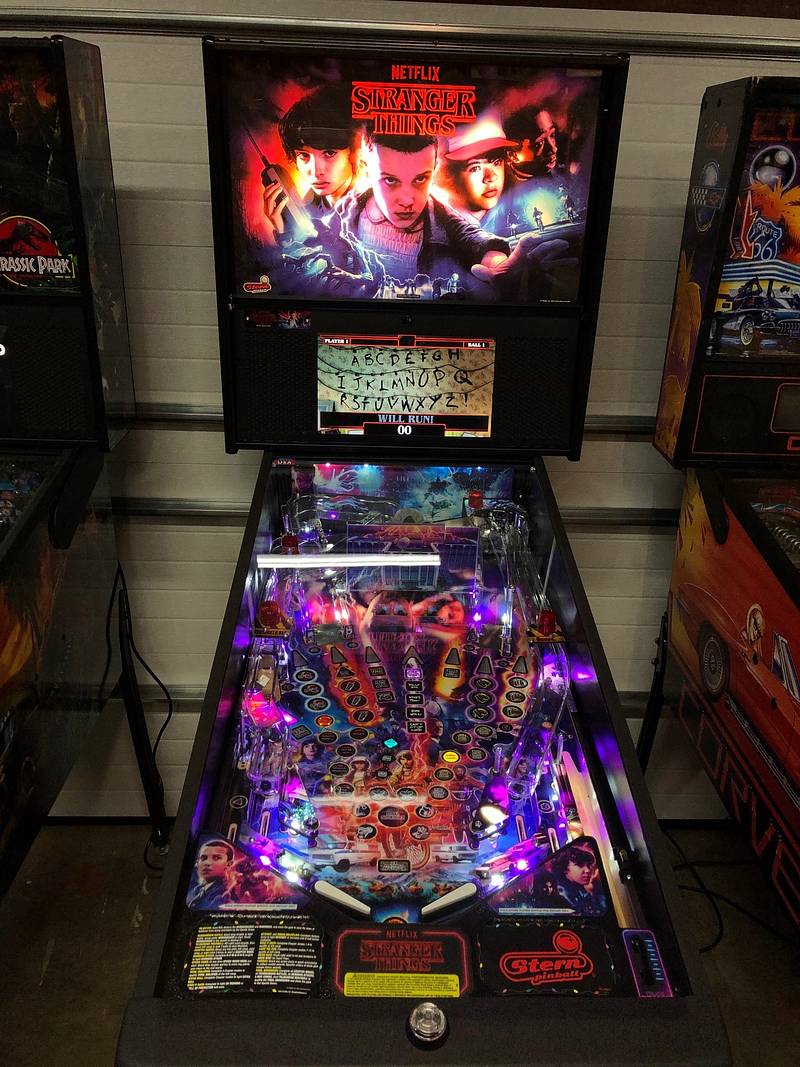 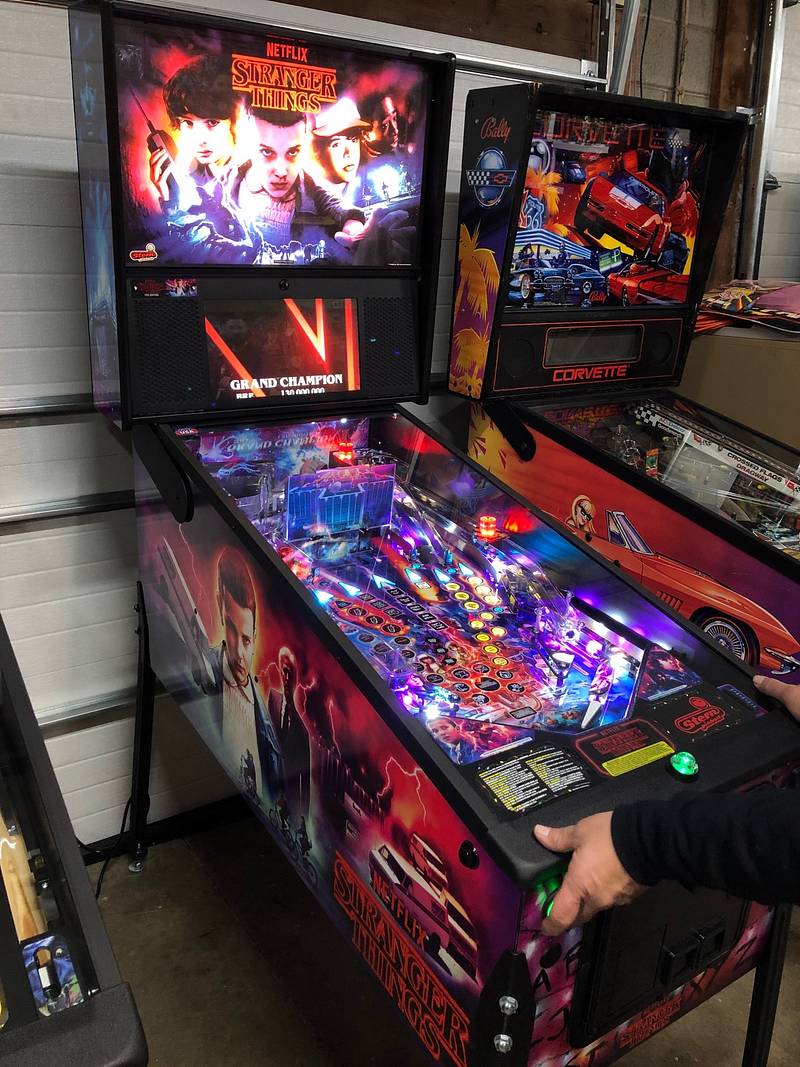 Better mylar that middle ramp. Remember how beat up NGG got from moving ramp.
I really like the PF art. I do not mind shot map as I really enjoyed AFM. but the middle ramp with demigorgan behind it is a little funky looking IMO.

They added Mylar. First thing I thought of as well.

Why are so many people down on this pin? Honest question.

Bad move on Stern's part to not reveal the Prem/LE in a light controlled environment prior to displaying it where it looks like total shit.
Should have had Dead Flip stream it before this... I can see a lot of people either cancel their orders if they already placed one, and not order one if they were on the fence. Sure it's a bright room, but it's not as if the projector screen in the Stern official trailer video looked all that great either...[quoted image]

I’m on the opposite side on this... I would rather see it first hand under garbage lighting and know that it’s still presenting itself well enough and is playable with bright ass lighting...knowing that every damn venue this game goes in is GOING to be darker than this one. Everyone needs to take a chill pill.

Any word on when the prem/LE is going to be streamed?

Today. lol. But def this week.

Got an email from my Distro today.. LE’s are hitting production before the end of the month. Ride or die! 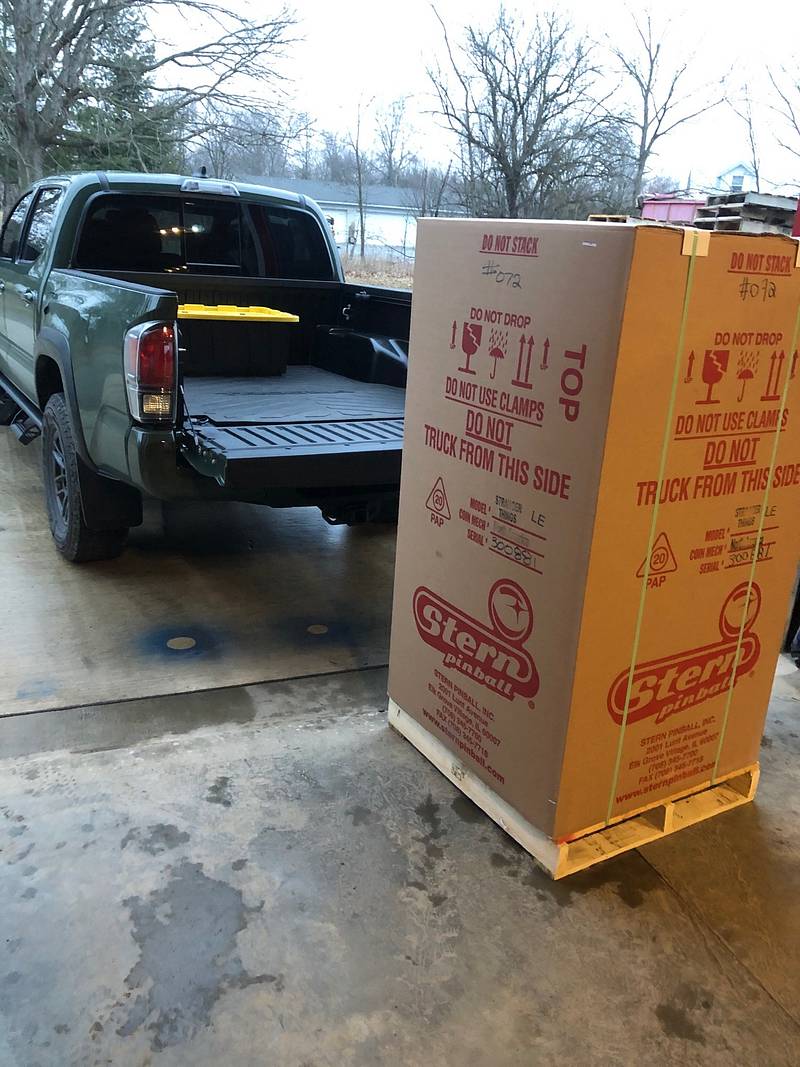 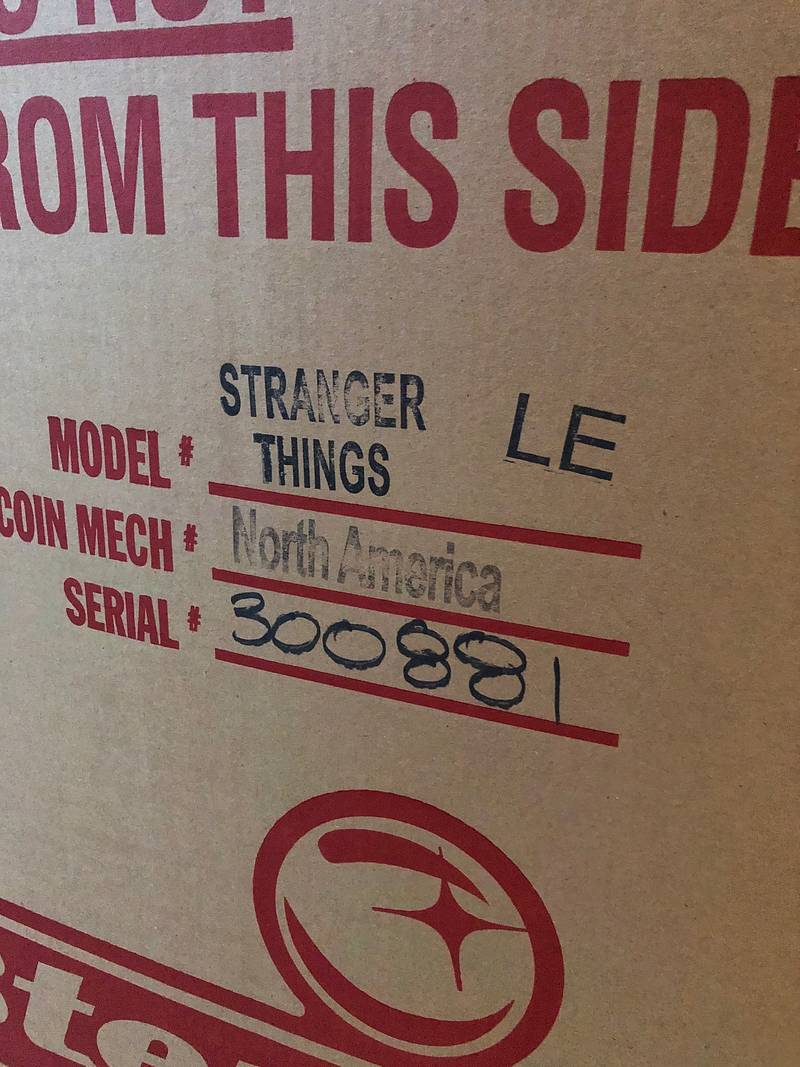 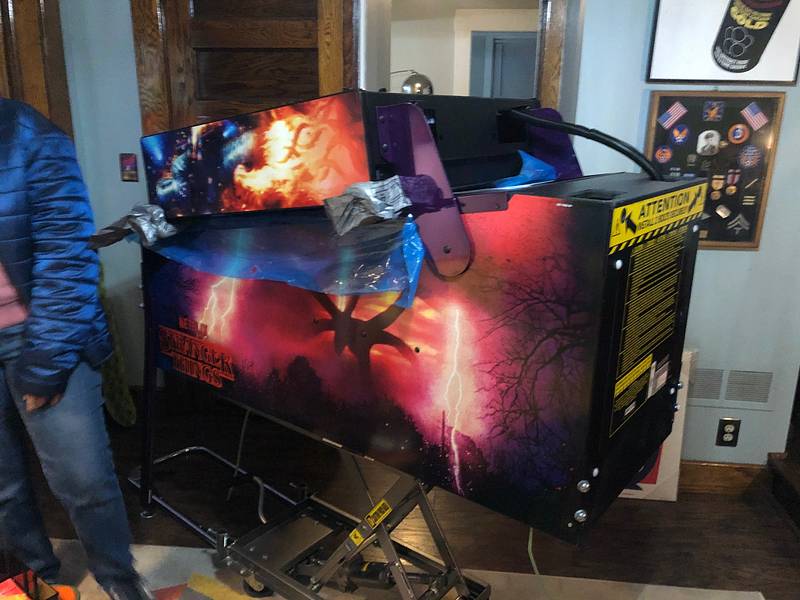 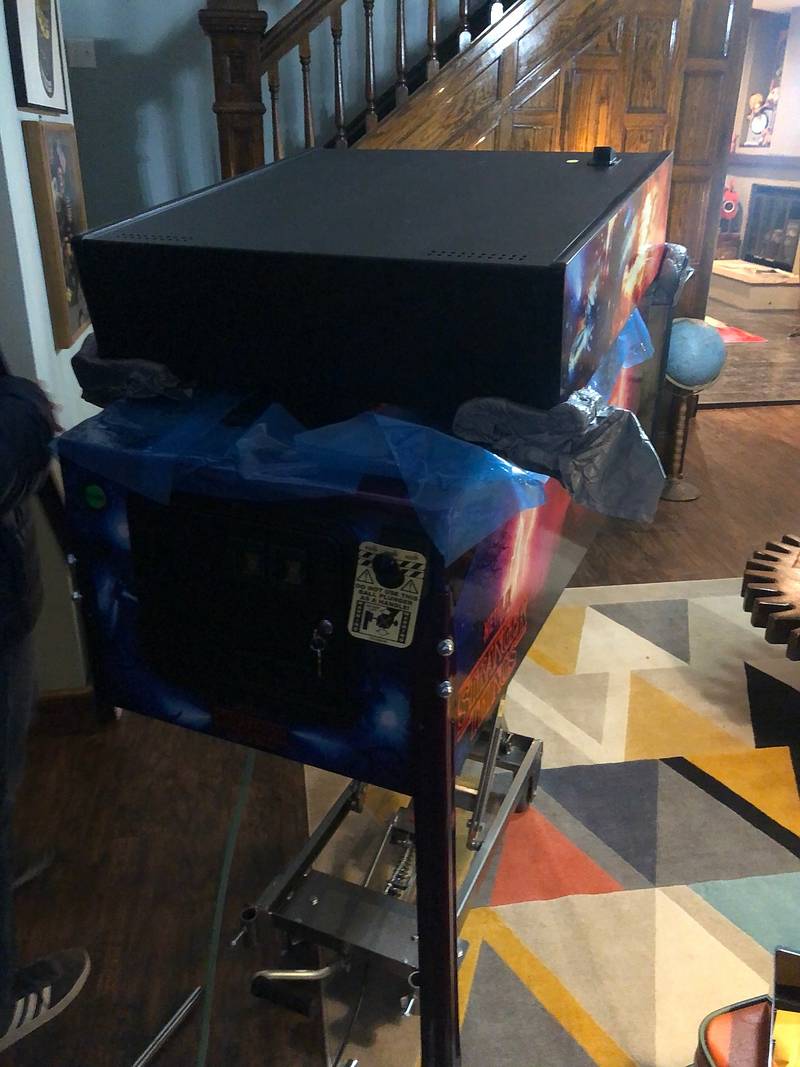 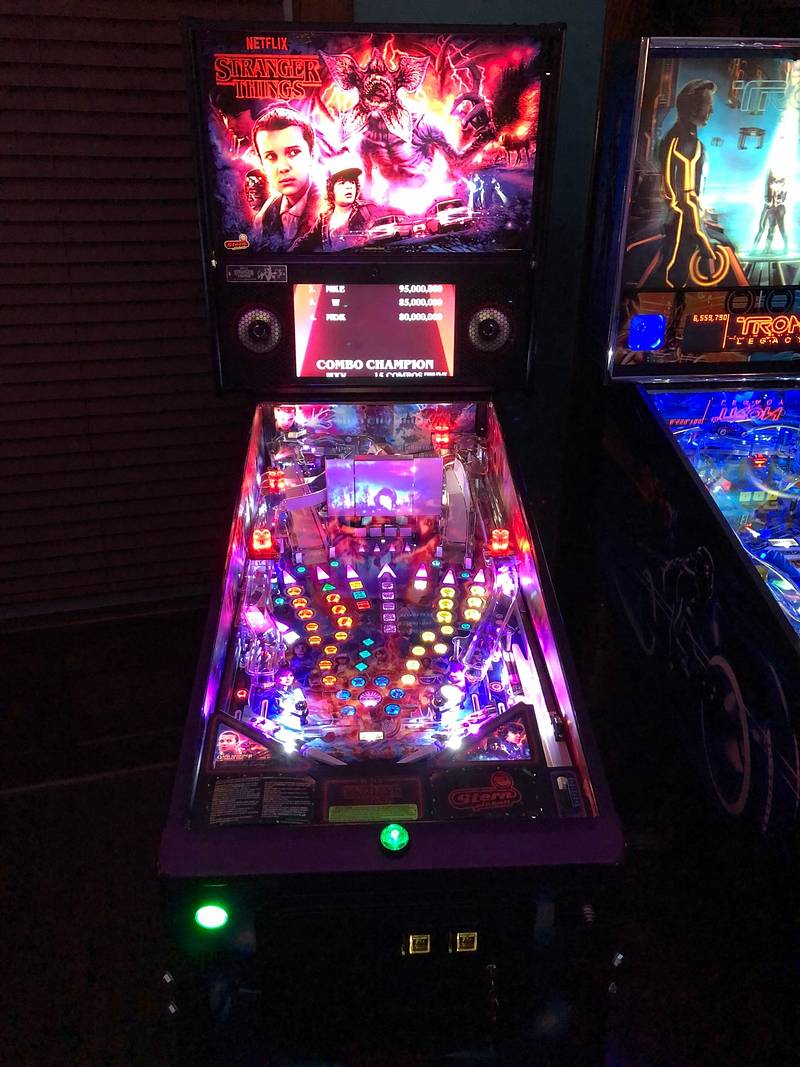 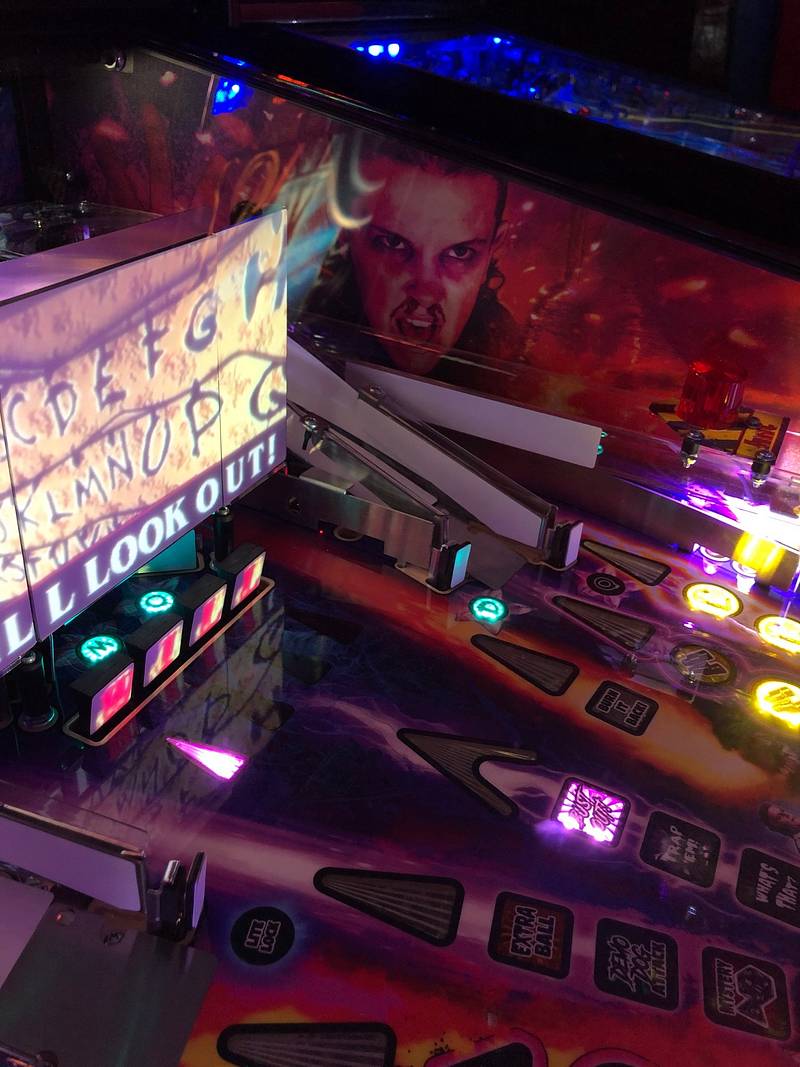 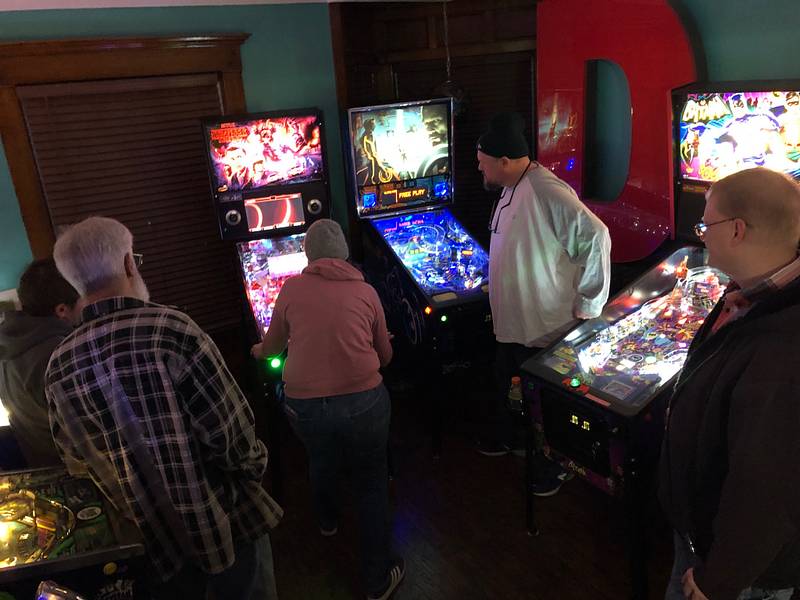 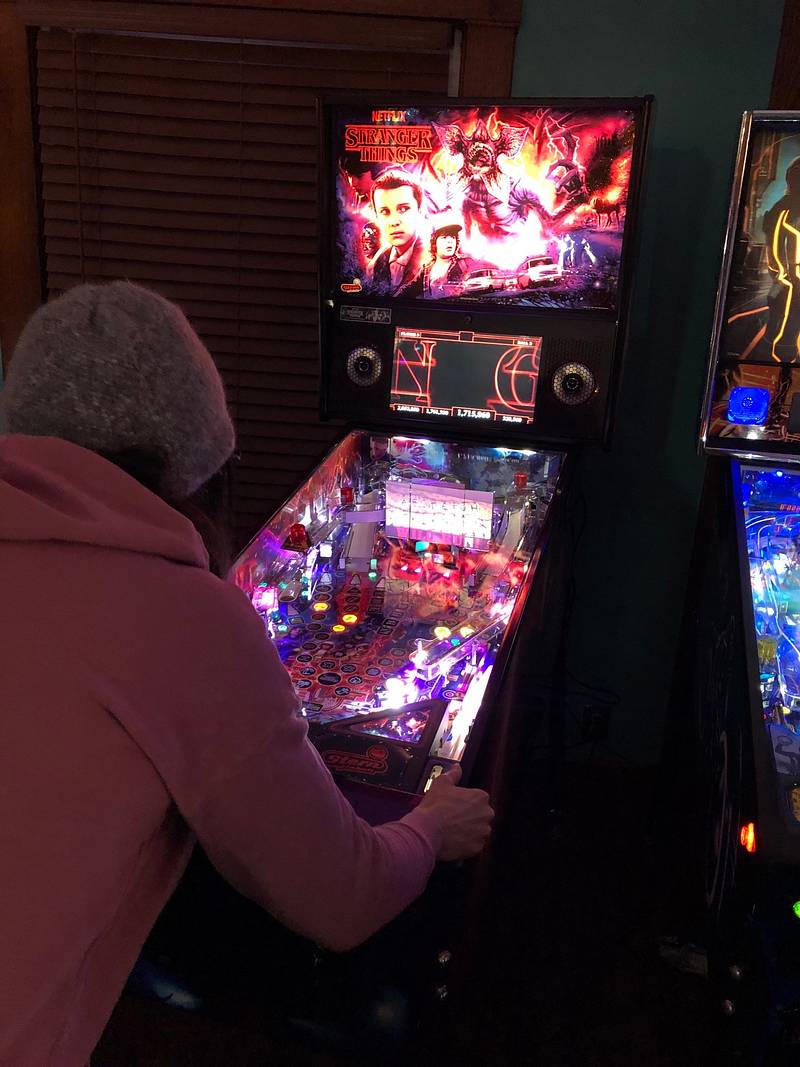 Whats your thoughts on game-play and the projector?

I’m saving my thoughts until I fix the random issues I’m finding throughout the playfield. Here’s an obvious, yet easily remedied issue right out of the box.. 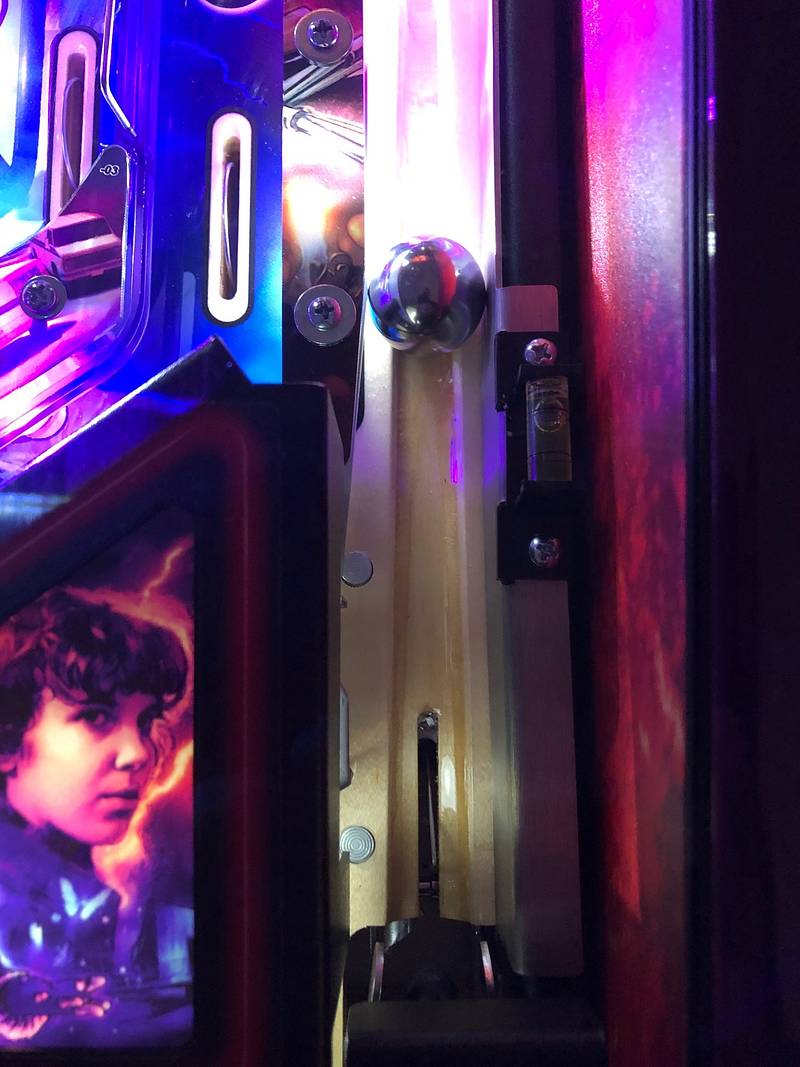 Alright guys... let me say this. This is the my first NIB LE and I was nervous. BUT.. I tweaked my game, found that the issues I had were minimal (Ball stuck in shooter lane —- so i bend the metal out and it shoots fine ...... Demigorgan gate was sticking —— it fell out of its mount and I put it back in place) NO BIG DEAL

I need another day of game time to finalize my thoughts, but as of now I put over 50 games on it yesterday and I absolutely love it. I won’t elaborate on the million posts about code and call outs because everyone else has done it...It will all come in time and will only excite me more every time Stern announces an update.

But this is what I instantly noticed about THIS game over the last two days when I had friends over to play..... I purposely invited people over that know pinball and others that don’t know pinball. The ones who don’t care about pinball were fascinated with Stranger Things and that’s all they wanted to play.. THEN, they called me yesterday and asked if they could come over again to play some more. This time they played it again and everything else I own and loved it. When they left... they became new fans of pinball in general... Now THAT my friends is what I love to see. This is the best age for pinball right now, and it’s only going to get better. This game is a blast and the LE package is stunning. I do not have buyers remorse. If you’re on the fence...Go get a Premium. You won’t regret it.

Stern dissatisfaction is high right now among many. I know at least 4 people who always bought the newest games that no longer will.

I’ve met 4 people including myself that will only buy Stern going forward. It’s a wash!!! Lol

Now that we know the TK lock is adjustable and can be adjusted so that it works as it should, I did that on mine and my game works great now. I am enjoying my LE and look forward to even more stuff coming in code.

My LE works great as well. The Demi gate fell out and I put it back. No biggie. Shooter lane metal was binding so I bent it back.. no biggie. Everything else is solid.

I must be in the wrong thread, I thought this was A Stranger Things forum..

The cost cutting BS sucks for the designers as well. I'm sure Brian Eddy wasn't happy when he was told that this planned feature wouldn't be making its way into the game at launch. I'm not sure if designers are signed onto multi game contracts or what but some of these guys are going to start getting poached if other companies offer them the ability to put the features that they want to into their games.

Did you see the gleaming smile on Brian’s face when the stream started? He looked pretty damn happy to me. I own an LE and I’m def a bit salty about this move.

I love my LE.... But damn guys...you release a game with bare bones code, then announce an add on feature that was already baked into the game...THEN you release a new code for the add on and they make you wait until March to ship the hardware that they make you buy to enjoy your new code?? Sounds like an emotionally abusive relationship... Lol 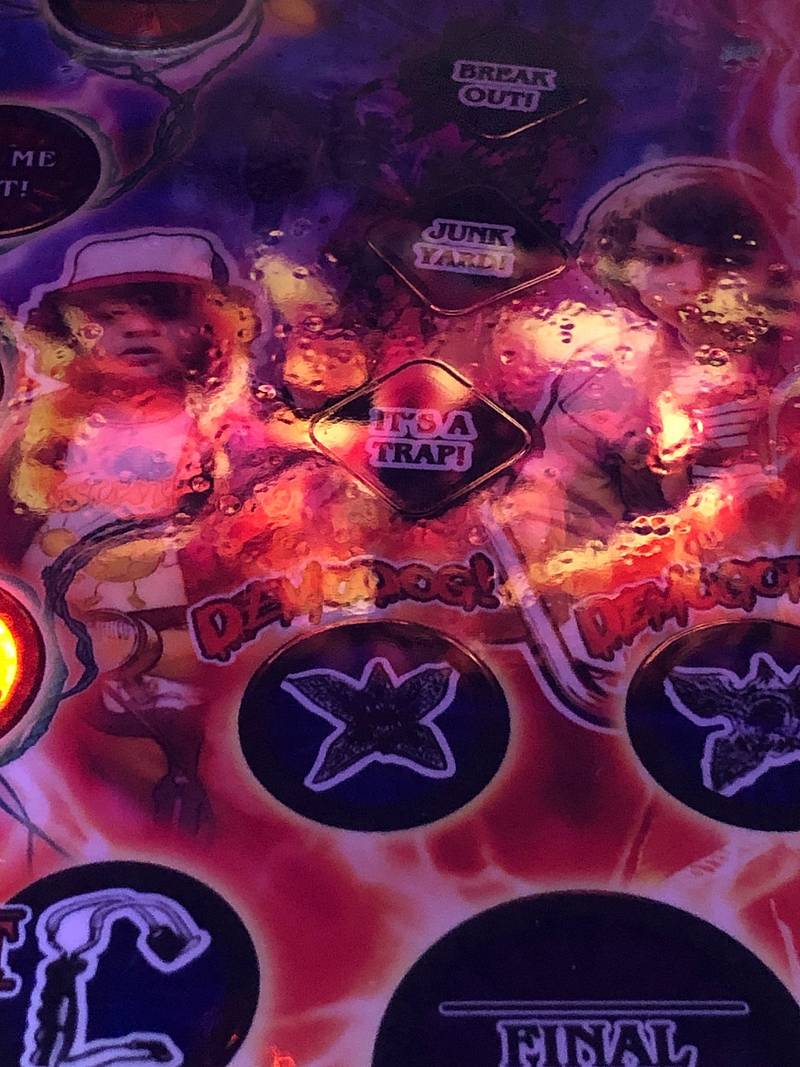 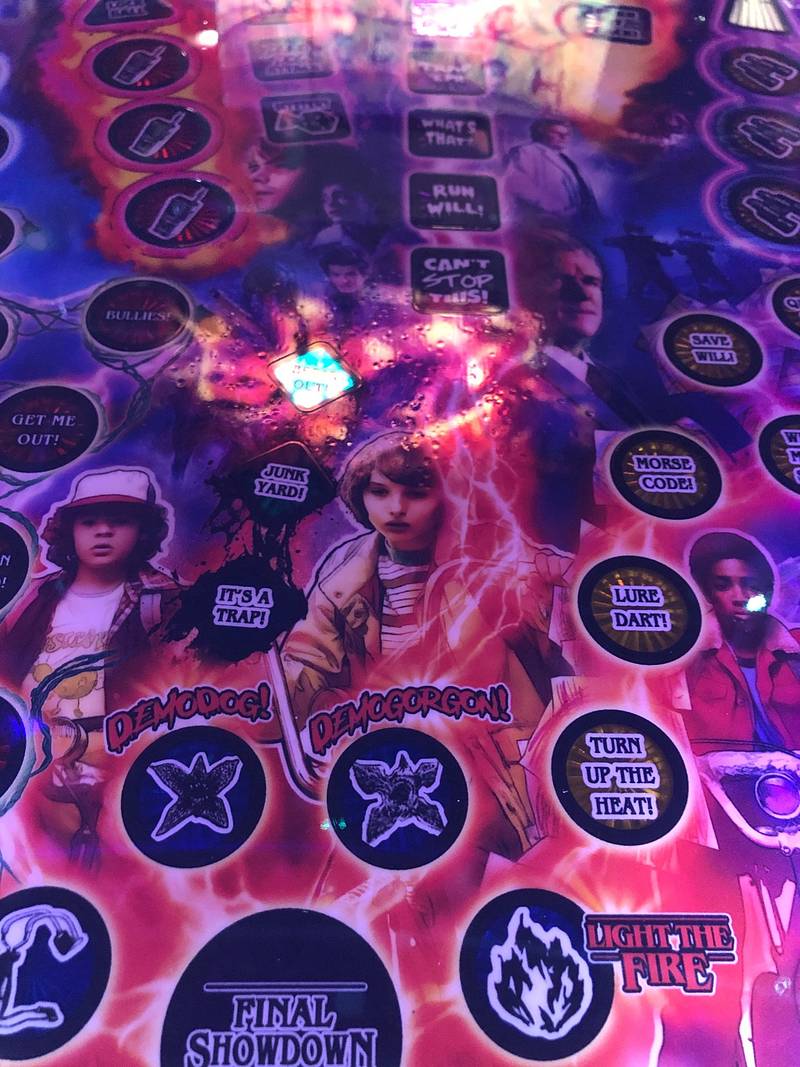 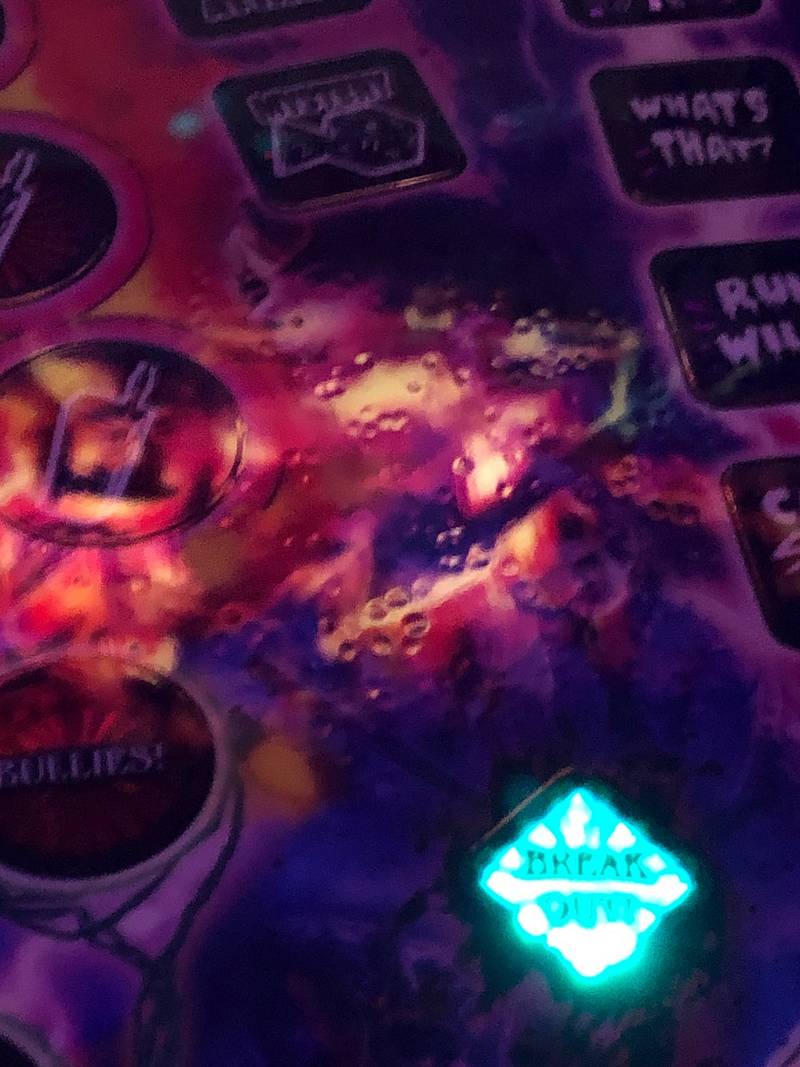 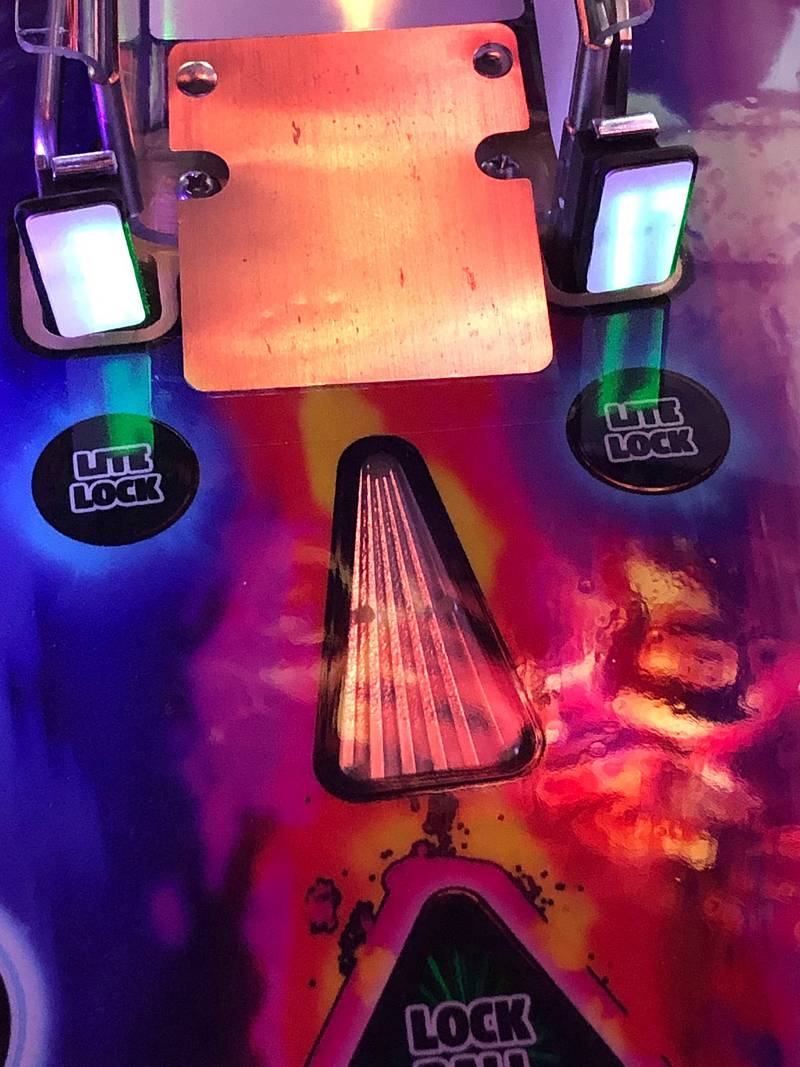 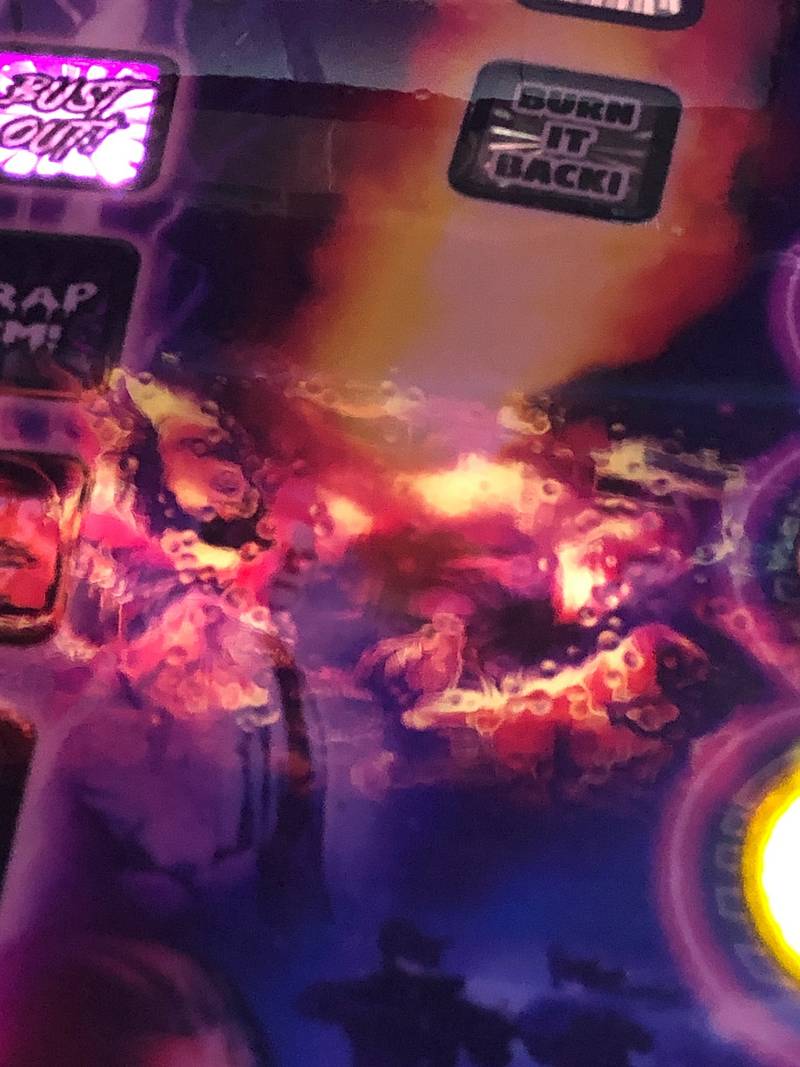 I'm still enjoying the game so I can't get too bent out of shape about it. I’ll leave that to my ramp flaps. Lol

Funny you mentioned AFMr.
I honestly don't care much about dimpling but I have to admit, when I sold my AFMr, I was cleaning the playfield and inspecting it really well. I literally could BARELY see a dimple on it. That playfield was probably the best one I've ever owned. Also, JJP Dialed In I don't think I could see one.
So weird.
I'm still willing to bet that buyers who buy NIB Stranger Things machines in a few months - after they've sat for a while curing in the box - will have less dimpling issues.
Most automotive clear coats take up to 30 days to fully cure and achieve their maximum hardness rating. Most of the people on Pinside get their games a few days after the assembly of the machine and start playing them. I think if it could be tracked, the dimpling problems are more than likely correlated to the time between date of manufacture and the date it was first played.

This isn't necessarily true. I bought a NIB DeadpoolLE and production date was September 2018.... I unboxed it last week and have over 100 plays on it. Full of dimples. Not early as many as my SThLE, but there are also way less airballs on Deadpool as well.

Every time i enter these threads.... 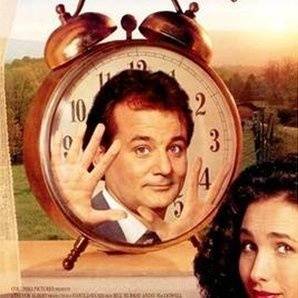 You're currently viewing posts by Pinsider corvair61.
Click here to go back to viewing the entire thread.