13 key posts have been marked in this topic, showing the first 10 items. (Show topic index)

Post #5537 Lyman Sheats makes his first post since joining Pinside in 2014 - to defend his reputation. Posted by sir_tankalot (2 years ago) 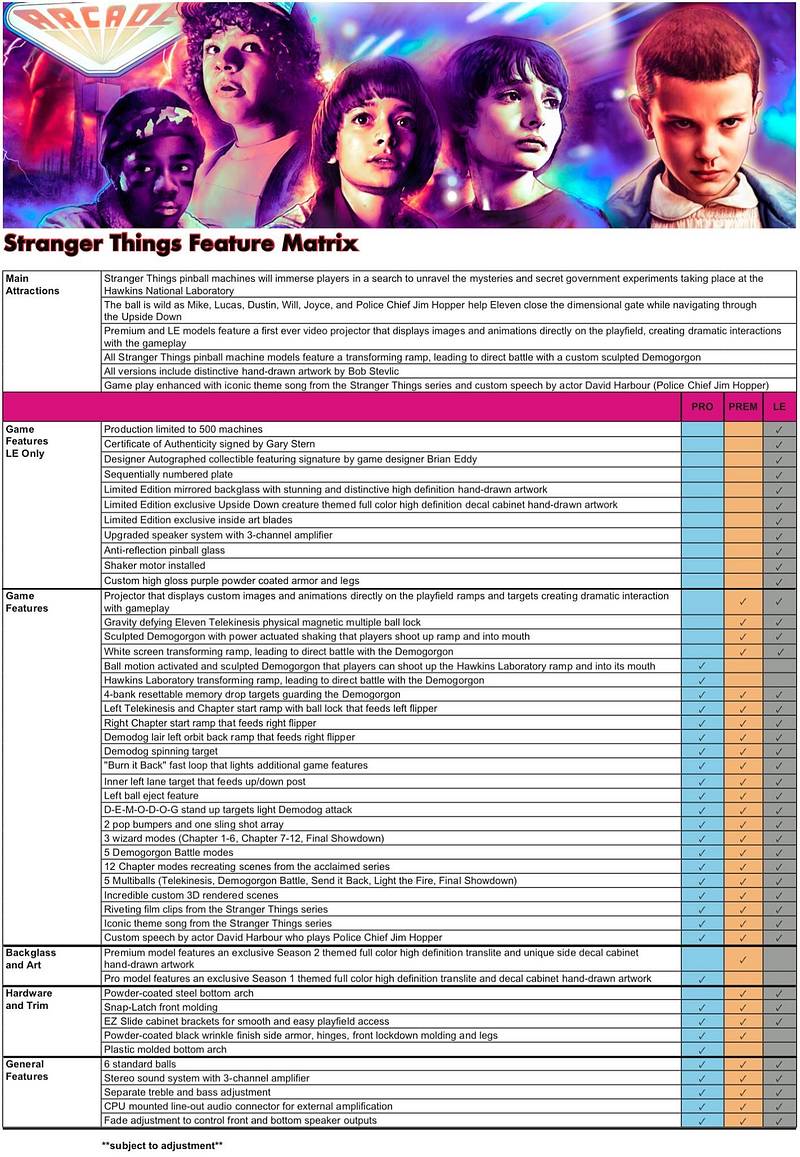 Official site is up https://sternpinball.com/game/stranger-things/ 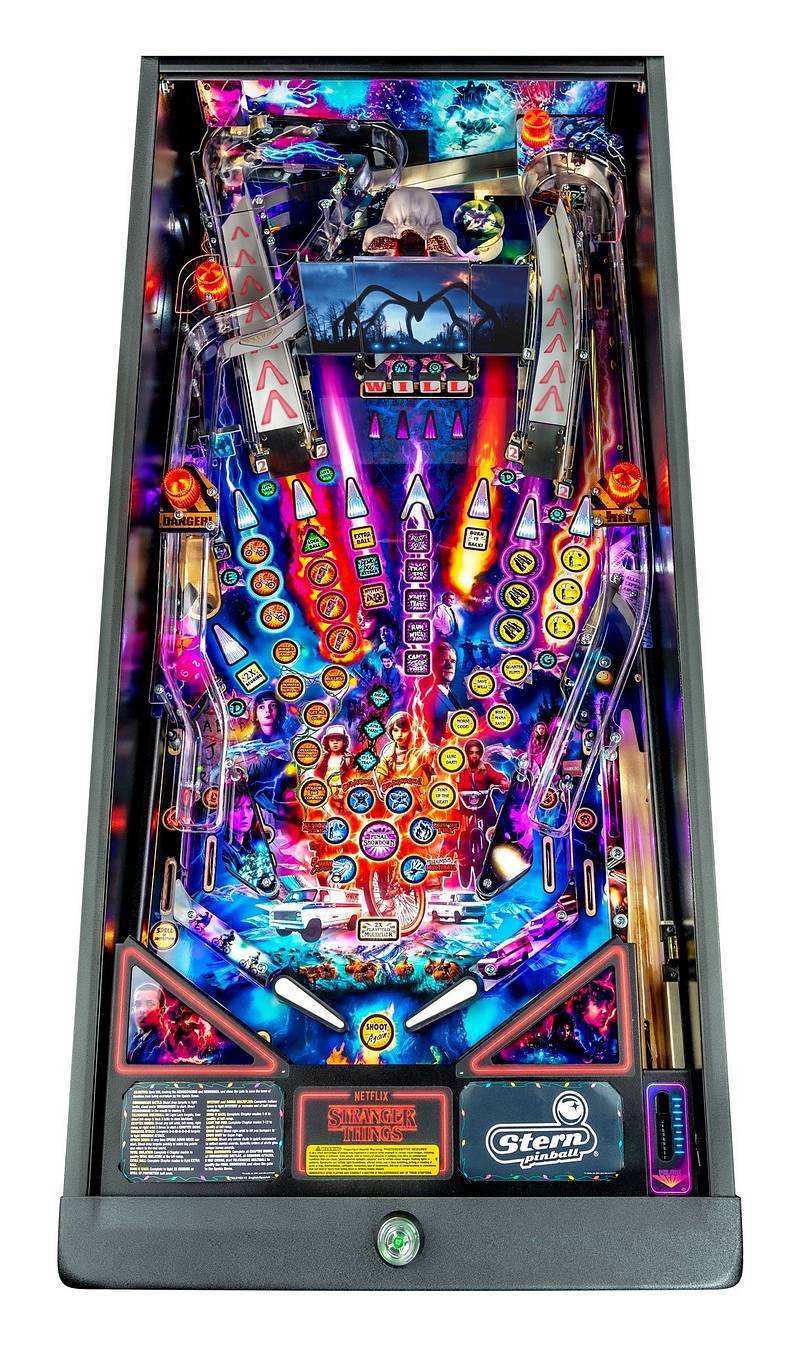 Why don't companies create paid DLC code packs for future seasons when a pin is released before a movie/series is over? Like the last 3 seasons for GoT, seasons 3 and 4 of Stranger Things for this pin...

These are games, not DVD box sets. They don’t need the complete stories to be successful games...they just need the essence, some iconic features, music, voices & an adversary of sorts. One season of Stranger Things has more content than the LOTR trilogy....so 2 seasons is more than enough content to create a game concept. Same with GOT, it’s not even really based on the overall story - you pick a house & try to take the throne...you shoot at a dragon. Simple distillation of the concept.

I don’t think there’s ever been a TV based pinball that took you through the entire tale of the series, and that’s fine - these are basically “board games” you play for 5 minutes.

TSPP/FGY - They feature iconic characters, bits, and quotes. Not everything from every season, but more than enough content for great pins.

CSI - Distilled to “collect evidence, solve crimes”. Made sense for a game.

GOT - Pick a House, take the throne.

There is no reason any pin needs “season pack updates” - Stranger Things will have enough content to be a game fans of the show will enjoy. 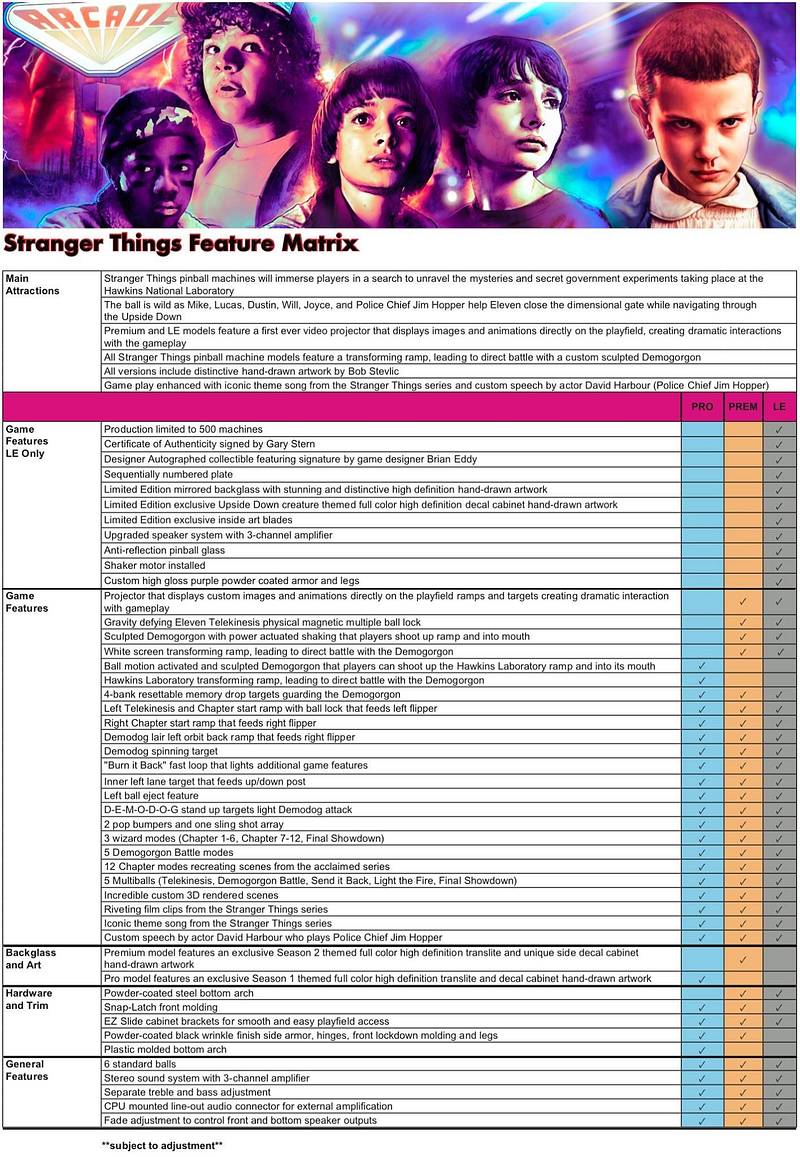 Not interested at all. Love the series, but just doesn't interest me as a pinball game.

I think I’m leaning Pro on this... As a home theater enthusiast, I’m worried there are too many variables to really pull off the projector effects. Looks like game play is nearly identical also. As long as clips are on LCD, should be good to go.

Looks like a Star Wars Pro with a worse theme?

Not interested at all. Love the series, but just doesn't interest me as a pinball game.

ok, thanks for sharing.

Oh man... Stern is absolutely CRUSHING this launch! Good for them. 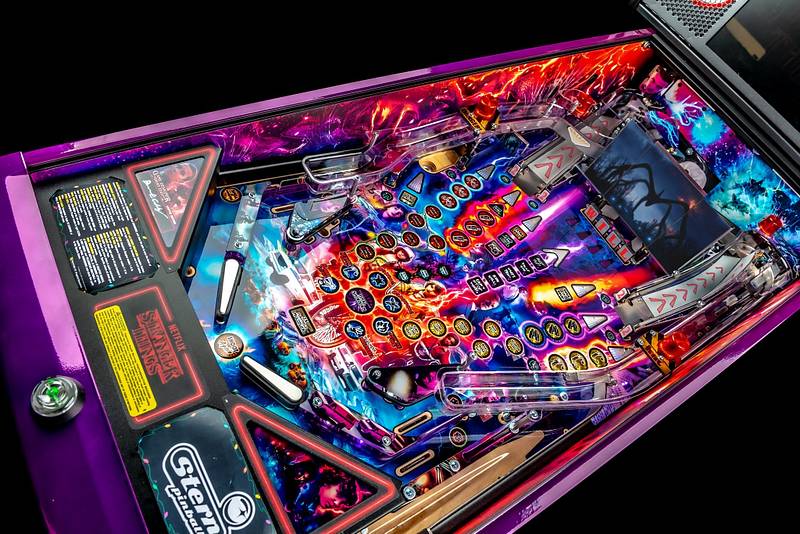 So the RGB LED craze is out of fashion already?

Game is voiced by the actor who played Hopper. That is PERFECT.

So the RGB LED craze is out of fashion already?

This has them doesn't it? Has plain white arrow inserts usually used for RGB

I'm sure its easy to make minor adjustments to keep it from going down the out lane if that ends up being an issue on some examples - like every other game.

best surprise (for me) is that Hopper is doing the call outs. That's really impressive stern. Good one.

I was hoping to get some Billy and Steve but I'll pinbrowser them in.

stern video on their FB is the pro if want to see it. wondering if they changed from the one kaneda leaked as the projector isn't quite ready yet (not seeing any LE video on their page) / we were seeing something premature? gives me hope it'll be brighter than what we saw earlier

It seems like the Demogorgan area is similar in some respects to AFM and the ship in the layout.

You have drops instead of the target bank, and angled standups behind them leading to a scoop under the demogorgan. It looks to be in a smilier location on the playfiled as the ship as well, with an orbit behind it. I really like this...I like everything about design/layout the ship in AFM, and if this feels similar, I'll be a happy camper.


It's unlisted but it was already linked on their website.

Trailer with intro from Duffer Bros

Man they deleted the 11 ball lock magnet on pro at rear. 40 dollars it cost. Come on.

Yet it’s not. Haha

This has them doesn't it? Has plain white arrow inserts usually used for RGB

It has a mix of purple and white GI. Neo is going to love it.

2 pop bumpers on a stern

The LE really does look awesome!

Best one for a fair while - just on visuals.

pro side art is the same on both sides? Pro features shows it for a sec. Seems to be a mirror of the right. Is that how pros usually are? Dissappointed b/c that art just isn't great.

If i didn't absolutely love stranger things, I would prob pass but I need a fan layout and love ST

2 pop bumpers on a stern

Same as Star Wars, has a sling instead of the third pop to save space. Don’t think we’ll see single lower pops as long as Gary’s around.

LE looks like purple nightmare, but a premium may be nice.

The pro trailer shows a lot more of how the gameplay works.

LE looks like purple nightmare, but a premium may be nice.

No you are thinking about the R&M purple nightmare Law. This is purple done right. Looks great. LOL

Eddy, Mike and Lonnie all worked on rules and gameplay together. Eddy was a programmer before a designer.

Listening to Eddy on podcast now. They tried to make it accessible to beginners and experts like AFM and MM. But, for HUO, he wanted to make sure it was "deep enough" and had "variety" for the home use. Up to 50 modes. Very deep wizard modes and multiple goals along the way.

Hope to play one at some point.

Looking forward to the stream to see if the video clips they showed in the Premium clip do get moved up to the LCD screen. (Van flying, light bulb wall, mind flayer, etc.)

I'm curious if there's another drop target blocking the saucer underneath the demogorgan...like on AFM.

It would make sense for something to be there to make you earn the battle....you have to hit the target so many times before the path is opened up.

No drop target under there.

Will there be a middle school / high school evening dance scene where u have to hit the target to keep dancing ? Maybe a teenage make out scene instead ?

As for shipping, so much for "out the door this week" - my distro says Pro/LE in January and Premium in February

I'd have to disagree, but stranger things have happened 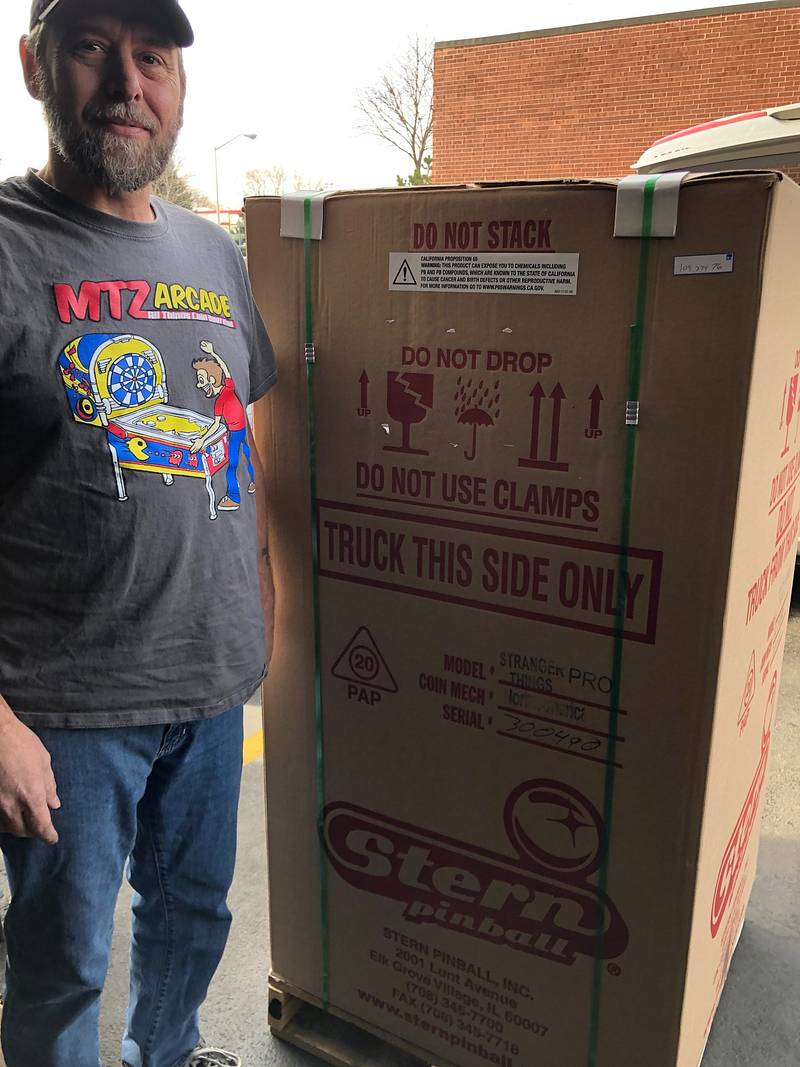 I'd have to disagree, but stranger things have happened[quoted image]

At first I thought you were Jason Rufer!

Projector should make theme immersion awesome as you progress through the game and different modes you are in. Scenes change all over the PF to bring you into the theme throughout. "projector is so cool is doesn't matter when its off". LED projector

No drop target under there.

the art on the premium is from season 2 though , pro got the season 1 art.

confused with long hair eleven. I like them all

I'd have to disagree, but stranger things have happened[quoted image]

Congrats! That is awesome!