It was rubbing against the shell too unscrewed and adjusted he is now fine.

For those of you that are looking for more info on the topper...

I just got the R2-D2 topper and am blown away. Really exceeded my expectations, especially from a build quality standpoint. I am a bit confused by several of the prior posts in this thread complaining about build quality? Maybe I got lucky. Also, I didn’t read this thread until after I installed the topper, so I just took it out of the box and connected it and it works perfectly. To me, it looks MUCH better in person as compared to photos and videos of the topper, and really does add a lot to the look of the machine. Perhaps most importantly is the smile on first-time users’ faces when they see him on top of the back box in all of his glory!

I admit it doesn’t do a whole lot, but far more than most toppers and the lighting effects are really underrated as there are four pinball style flasher lights that at aim up at R2-D2 and the change in lighting creates a lot of variability— in addition to the interest that the moving R2-D2 creates. The lighting has a nice effect not just on R2-D2, but also on the ceiling and wall(s) behind the pin as well.

The turning head is really cool, as are the extra R2-D2 audio clips, but the unit overall is just outstanding (the build of the base the R2-D2 sits in is way better in person than even the videos looked, even though I too wish it had more detail than just being a silver “box” for R2-D2 to sit in).

Simple to install, and after removing the cap on the top of the back box, plugging in the electrical connectors, and going into the menu to adjust the topper settings; it really made me feel like the pin was incomplete without it.

Really glad I added it.

Ditto. And setting the topper to "activate" every 10 minutes in the attract mode is also pretty cool.

Ditto. And setting the topper to "activate" every 10 minutes in the attract mode is also pretty cool.

Only thing missing is a hologram of Leia being projected onto the glass above the playfield... but I think we may be a little ways away from that technology still...

Still loving the topper a couple of weeks in...!

Anyone have any leads on a topper?

Anyone have any leads on a topper?

I think I'd rather have a system 80b.

Does anyone know if the topper goes to the CN12 or CN22 on the cpu board? The instructions say CN12, but there is already an RJ45 in that spot on mine, but CN22 is open. Are these interchangeable?

Does anyone know if the topper goes to the CN12 or CN22 on the cpu board? The instructions say CN12, but there is already an RJ45 in that spot on mine, but CN22 is open. Are these interchangeable?

I have mine in the middle jack...whatever number that is (I have a hyperspace back box lighting mod and can't read the number thru the plexiglas).

Not sure why, but I had a node board attached there in the middle jack (CN12). I moved it to the outer right jack (CN22) which is where the diagram in the backbox suggests it should be, and plugged in the topper into CN12. Happy to say all works well.

I never had a problem so CN12 may be similar to CN22, for the node board anyway.

Here’s another topper option from Williams Sonoma. I wonder if it can be configured to pop the toast at the right times. 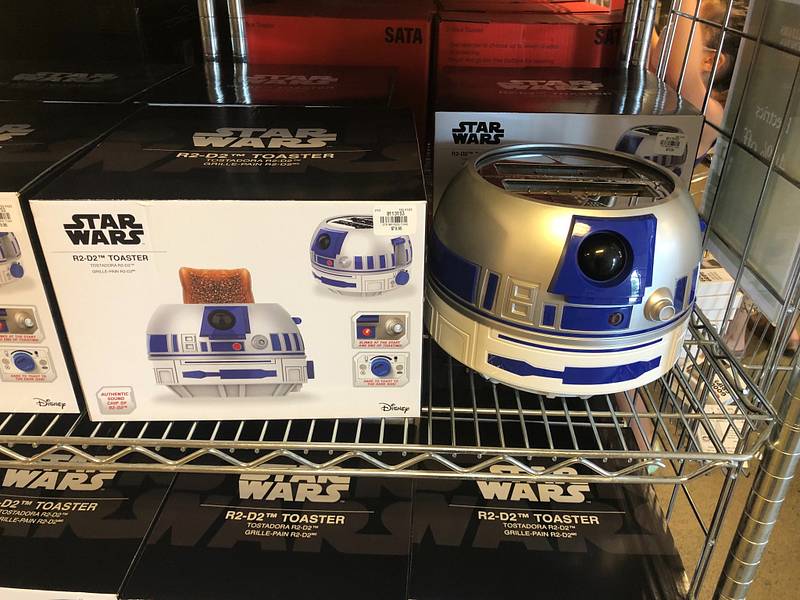 Not impossible, you just need to be willing to spend whatever the asking price is. Unfortunately, you would be hard pressed to find someone to charge you anywhere close to retail.

Well you've bumped every thread on the topic so I would assume so.

Does stern ever remake accessories? Or are they truly a limited run?

Does stern ever remake accessories? Or are they truly a limited run?

SW was always limited to 500 toppers

An idea regarding noise of the 'motor' on the topper. Is this sound maybe found in the game code? In this case it could be replaced by an attenuated version. Thoughts?

This is a cross post with the one in the club.