stern NFL blowing F21, Q5 is being shorted out

I picked up a Stern NFL and it was partially working, not working properly. There was a note on the game saying something about the driver board not working.

The status was the game turned on, but the flippers didn't work, and the dmd went blank. Someone had pulled Q30 out of that driver board.

I went ahead and bought a new one from pinballlife. (rottendog)

Plugged it in, and it blew F21 right away. And then the coil at the Kicker arm was locking on at power up. Q5 was shorted .

I unhooked the coil from the circuit and the game played perfectly, aside from that upper kicker arm not working because it was not attached.

I want it to work properly, so I hooked the coil back up. Q5, F21 blew again, the upper kicker arm stayed locked on.

I changed the diode , changed Q5 and powered it back on, and it played pretty well. Upper kicker arm was not locking on, adn the fuse didn't blow.

But for the first time the ball did not respond when it went into the linebacker touchdown hole. (the linebacker is not connected, and not working, I will get into that more later).

So I lift the playfield, pull the ball out of the lineback chute, put the game back together to play, and it blows F21, and the dmd goes dark, flippers don't work. Same issue I had with the old driver board. Worth noting, it only blows the fuse when the coil door high voltage is engaged. (which engages coils). I'm sure most people who work on these things are aware of this.

Anyway, I'm getting frustrated, blowing fuses, blowing Q5s , and I still need to get in there and fix the linebacker motor at some point. It is disconnected currently, and the guy I got it from said the motor is dead.

The wiring in that section is a bit hacked.

I will provide some pictures shortly.

Some pics of the coil, and upper kicker arm. 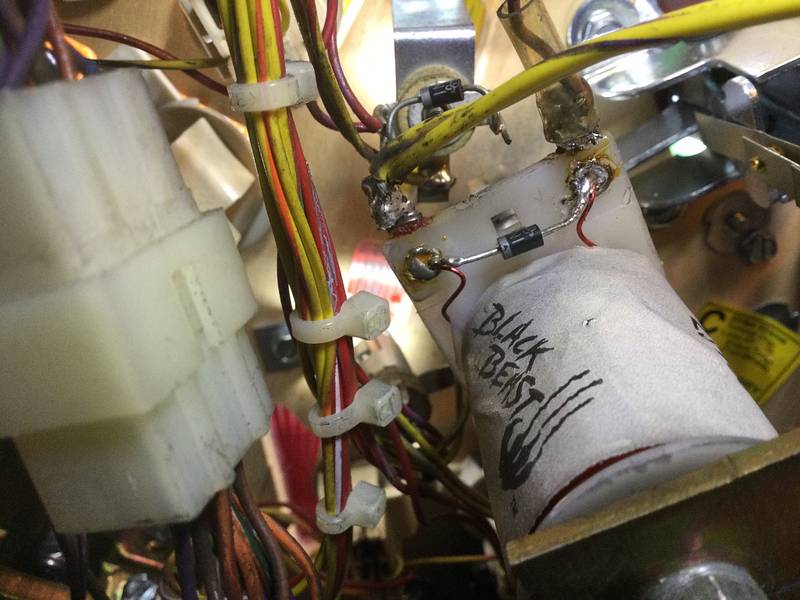 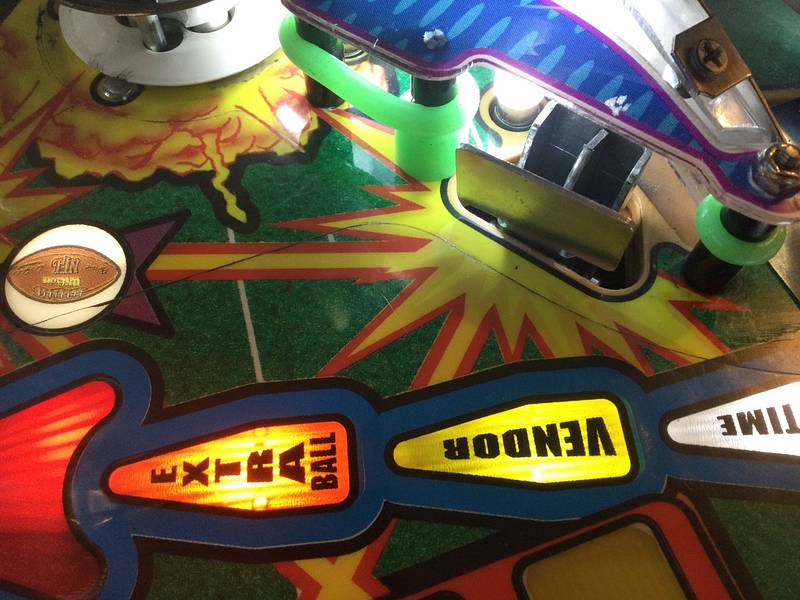 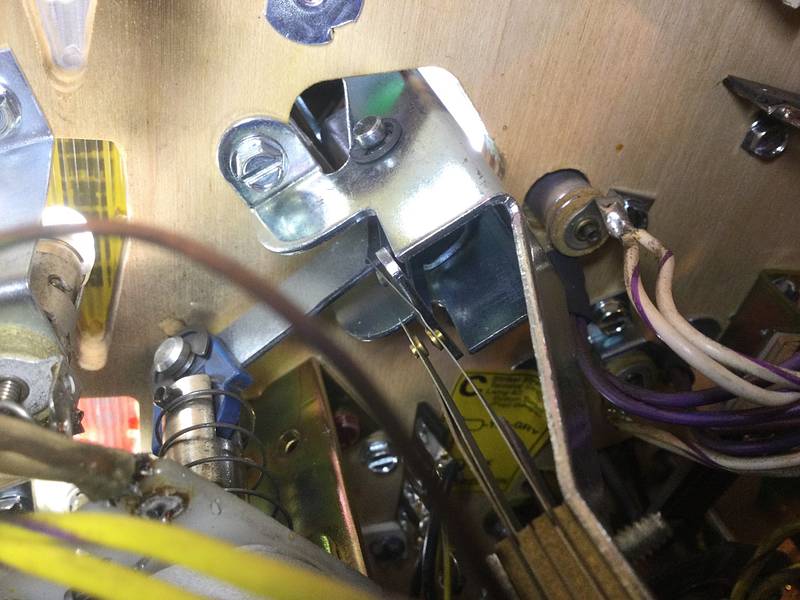 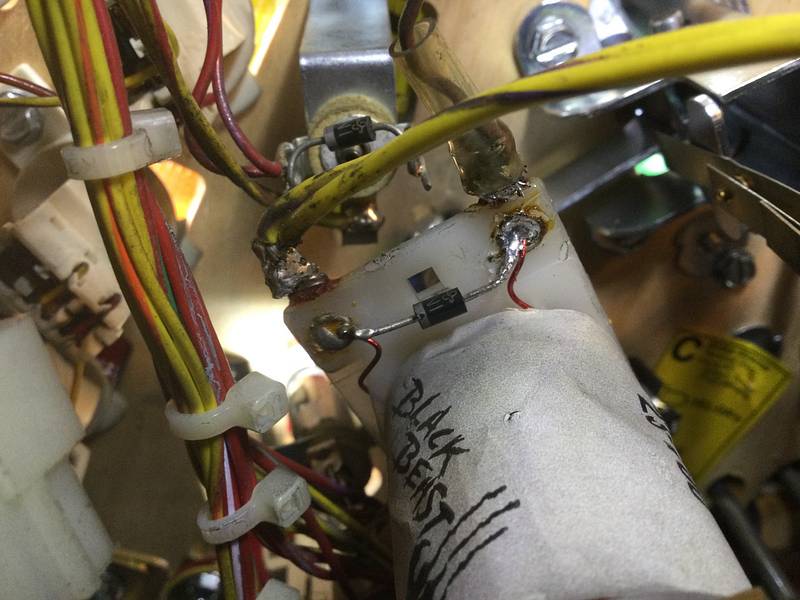 Here are pics of my hacked up wiring around the linebacker. It is currently disconnected. 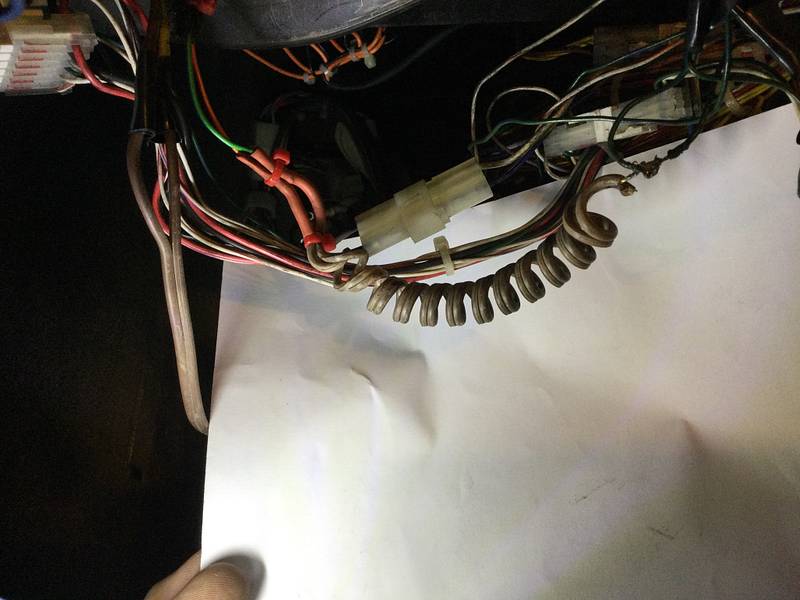 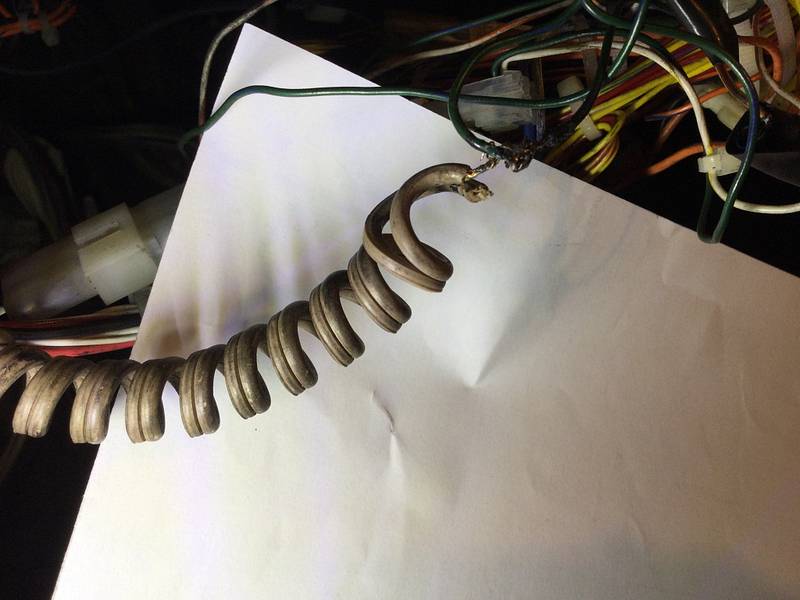 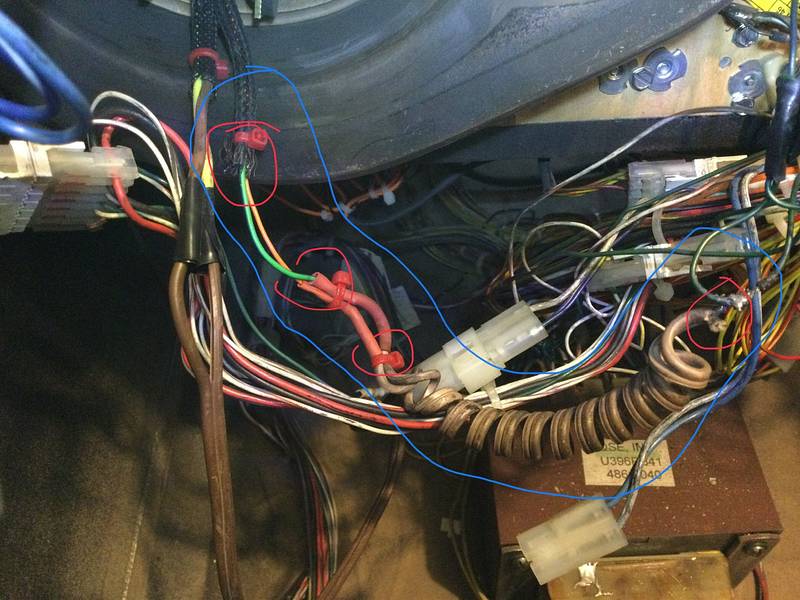