I owened both! Still have IJ williams. IJ4 is one of the coolest looking pins out there. But the play and layout stink. 4 movies / 4 main shots. Go look at the inserts for the four movies. 2 lines of inserts line up with the shot while the other two lines of inserts are swapped from the shots. Just plain stupid. Either line the inserts up with the shots or don't. I like knowing that the inserts below a shot are for that shot not a shot on the other side of the pin.....who does that?

I own IJ4. It is the one machine in my collection that my whole family likes to play. I'm not saying it is everyone's favorite, but it is always in the "Top x".

Whenever I have non-players over for a beer... this machine keeps the Newbie interested, as well as me.

I think a huge problem with the Williams Indy is that if you play a clunker that isn't clean/dialed in, it can really suck.

I think everyone here knows my opinion...

Check out some pretty pictures. IJ is a beautiful pin. 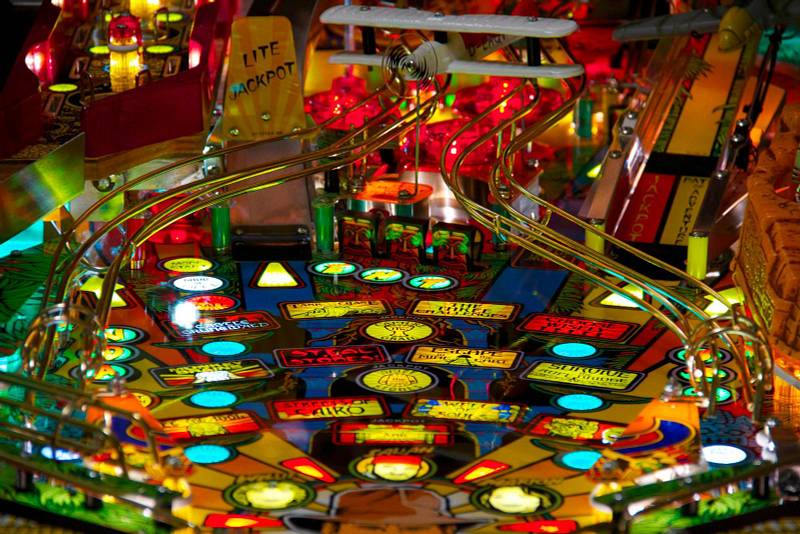 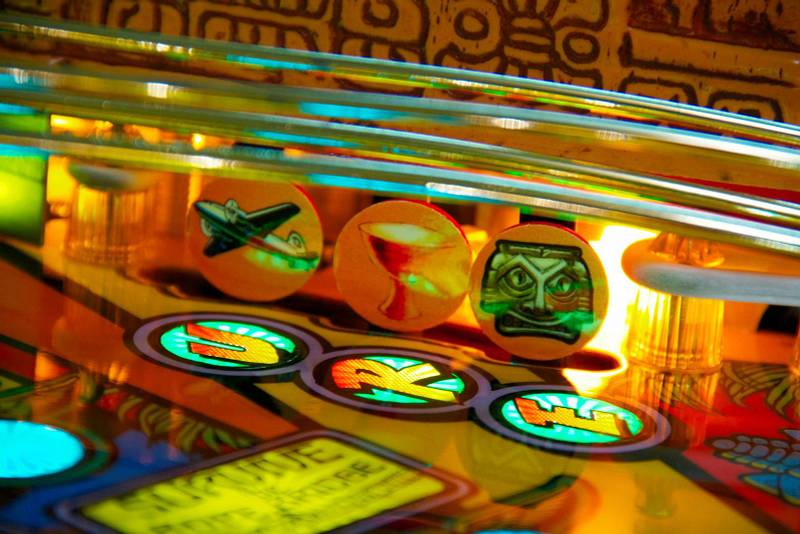 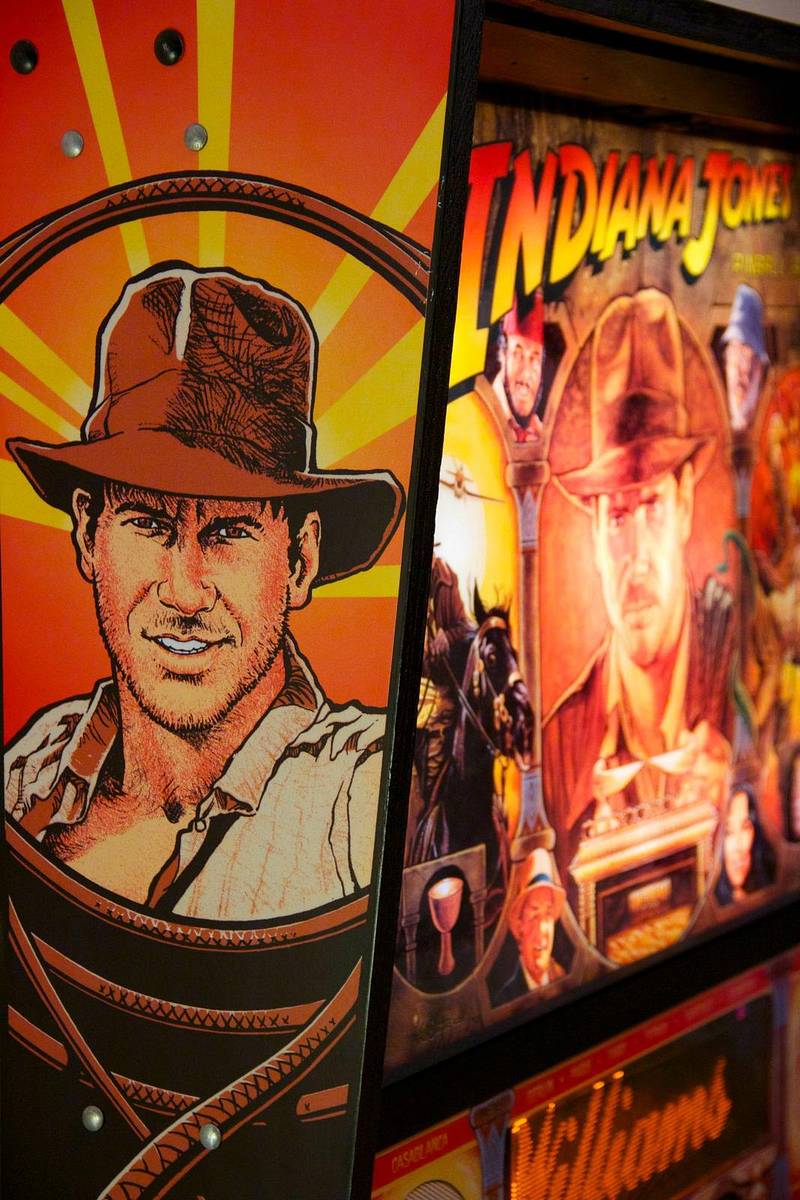 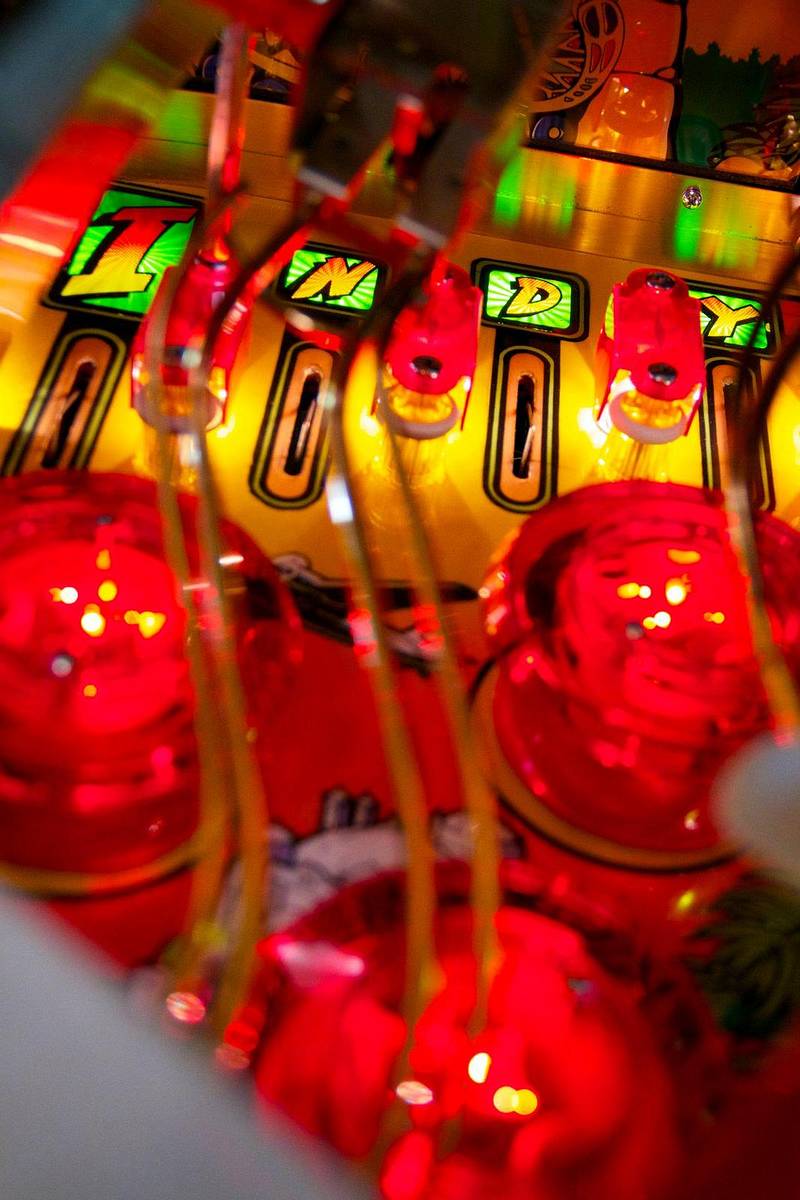 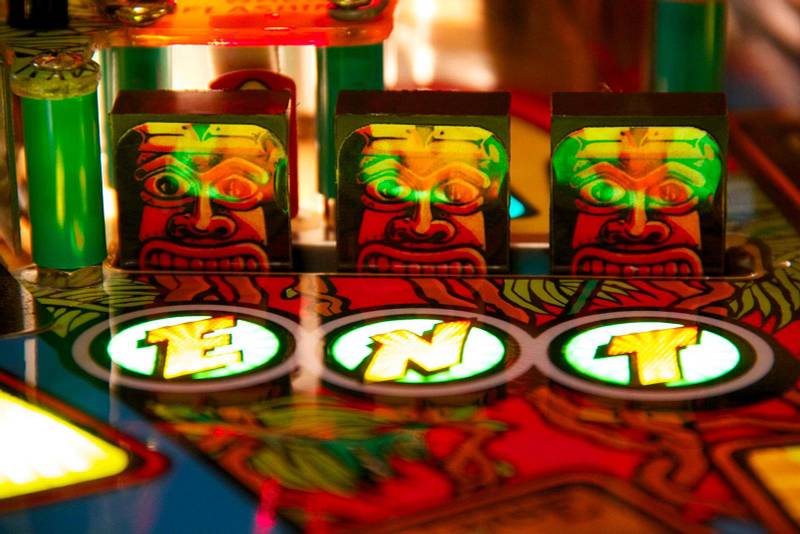 Williams IJ hands down and superior in almost every way. IJ4 does have the better multiball IMO. BTW, I'm searching for an IJ in SoCal, so any leads would be great.

I would, except only a newbie or a contrarian would defend IJ4, with a few limited exceptions. I did say ALMOST unanimous, after all. Remember, folks, there are about 25 standup targets on IJ4. Some of them do NOTHING. Not even 10 points. Indefensible. That Cairo swordsman? A POS, for sure. The modes don't even have NAMES, for heaven's sake. And to have to hit anything upwards of 100 times in a game to see the wiz mode is just plain stupid. I haven't even mentioned the loop that drops into a kickout hole. Rookie design mistakes abound, combined with lazy, half-assed software make IJ4 one to avoid. Buy one at your own risk. Unless you're paying sub-$2k, you risk losing $ when you finally realize you, too, abhor it.

I totally agree. Who wants to bash the same 4 targets a 100 times to get to wiz mode. I own IJ Williams and I bought IJ4 NIB and I got rid of IJ4 because it is just sooooooooo bad. IJ Williams will probably never leave my collection but I was happy to sell IJ4 and only loose a couple of hundred. I felt so relieved when I was able to pass the "golden turd".

As far as POA goes. It's a piece of shit. It's useless. The controls are clunky and you really don't have any control over anything. It's to steep for what it is. I can think of many mini playfields that blow that one out of the water. TZ is far superior in every way, SOF, Shadow, TSPP and others I can't think of right now. For what it does, it is useless. It would be just as fun if it didn't move at all and could bounce around some instead. Like pinbot or LOTR.

As for the juggler lock, obviously it was enough of a problem for pinbits to make the piece the keeps the ball from falling out after the magnet releases. Maybe you don't have your machine on enough of an angle for it to be a problem, but it is.

Anyway, whatever, you don't like it, I just don't agree with you. I love that machine. Just nailed another billion shot on it tonight.

Williams IJ hands down and superior in almost every way. IJ4 does have the better multiball IMO. BTW, I'm searching for an IJ in SoCal, so any leads would be great.

IJ4 gives much better "Tilt" than WMS IJ and any other pin in my collection. Just be careful where you let her out.

They [video modes] are all well implemented into the them, they are all challenging (provided you set them on difficult), and knowing all the vid modes out there, which for the most part I do not like in pinball, and hate most myself, these have to be considered some of the best. I'm not claiming I like vid modes, but these are fun to play FOR a vid mode.

I guess they are well implemented if you count starting them like a mode well implemented, but Escape in the Mine Cart is like the epitome of memorization video modes that I hate (I do find the frog thing funny), Choose Wisely is a simple shell game that takes far too long, and the Get the Medallion thing I honestly don't even remember, but I believe that it is like the BSD video mode, which I'll give it a pass for.

I honestly don't find many video modes tolerable at all, and I tend to not keep most games that have them around often. VND's I'm okay with - pounding the flippers really fast to get to the finish line first is stupid, but it's sort of a pinball skill... sort of. And BSD's is kind of cool which is why I am giving Get the Medallion a pass right now.

Other than that, unless it's a combo video / pinball mode, I just tend to completely dislike it. Put three of them in the same game, and even with 12 modes it means 25% of the time I'm going to be playing not-pinball when I start a mode. No thanks.

I agree with you that fan layouts can't be much different when there are just two flippers and I have made that argument before myself, but I also do think that no matter what, the game does just play slow as molasses, which bothers me. And the ball lock is awesome, but too big.

I *get* why people like it, but it just doesn't suit my style - which is fast, nasty, and no silly video modes - at all.

IJ93 is a really good pin. IJ4... I really wanted to like it (it is nice looking) but I felt no joy when playing it. Not sure how to explain the feeling but the ramp was no fun to shoot, the modes were uninspiring to me, the ark multiball was just too many balls, the left side of the playfield had yucky shots, the whole thing was just blah. Didn't help I disliked the fourth movie - first three were great.

I love my williams ij, and think others are just being too critical. It is fun to play, has many modes which I just played tonight and only completed all the modes for just the 2nd time since I have owned it. This machine probably gets as much play as any of my machines from guests.

I think everyone here knows my opinion...
Check out some pretty pictures. IJ is a beautiful pin.

Yeah, no photoshop translite there!
Beyond the play on IJ4, it just doesn't look good compared to Doug Watsons' artwork.
0
0
0
#63 9 years ago
HAB

Williams IJ has so much more to offer than IJ4 in terms of rules, shots, aesthetics and sound. IJ4 looks like Stern did it a bit on the cheap side. It also came out when Stern was in a semi chaotic phase with the company and it shows. Did they ever complete the code for this one? (not sarcastically asked).

I've played both but never owned either. I should for being such a fan of the movies. If I was to pick one up I'd go for WMS IJ.

Come on guys no comments on the IJ4 pf insert arrangements? That was its biggest thorn to me. Go look at your pin and tell me why they only lined up half the inserts with the shots.....? I cannot figure out why they would do that....i beleive they are in the order of the movies but not matching up really was stupid.

Come on guys no comments on the IJ4 pf insert arrangements? That was its biggest thorn to me. Go look at your pin and tell me why they only lined up half the inserts with the shots.....? I cannot figure out why they would do that....i beleive they are in the order of the movies but not matching up really was stupid.

The inserts were the last things I cared about with this game. It has so many other glaring issues, I wish the biggest problem was that the inserts didn't line up.

Played both on various locations. I find the stern version to be so much more fun than the Williams one. My main problem with the williams one is that the playfield is to overly populated and you end up with a claustrophobic play space. I can also see why IJ4 would draw in a lot of coins, becouse i've put quite a few in myself on location

Another vote for Williams IJ. A wonderfully fun, good looking and well thought out pin.

I can't recall a single machine that has elicited a uniform response on Pinside or RGP. Obviously, people like different things. To me, the choice between the two IJ pins couldn't be clearer, but that's just me. We wouldn't get the variety of pins we have if everyone thought the same way. You know, it really is amazing how much choice we have, especially when you consider the age of most of these machines. I just hope that JJP and others succeed so that there is greater variety in new pins.