Post #370 Offer to assist Spooky solve order issues from someone with skill. Posted by TechnicalSteam (4 months ago)

Post #1868 Still a few CEs available with distributors. Posted by KingPinGames (3 months ago)

This topic is closed.

Rough draft of what I am talking about. I think something along these lines would be a lot better. Maybe make the top corners look more like control panel pieces but you get the drift.[quoted image]

I like the look of this set up. Has a lot of potential. 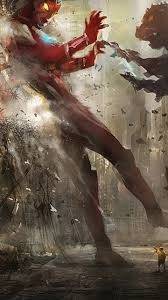 Just saying that it is a safer crowd in a owners club.
No worries go where you feel comfortable..

No need to be disrespectful. Not sure why you have such an issue with them. Maybe it’s because you can’t flip your spots for profit?

Maybe you should let it go Kaneda?

No need to be disrespectful. Not sure why you have such an issue with them. Maybe it’s because you can’t flip your spots for profit?

Maybe I will give it away for free!!
It is Thanksgiving..

Maybe I will give it away for free!!
It is Thanksgiving..

Looks like OP got offended by spooky bailing out of "his" thread...

Looks like OP got offended by spooky bailing out of "his" thread...

Not at all. Trying to remove it entirely to make it easier to follow for everyone.

Anyone know how to completely remove a thread.

Not at all. Trying to remove it entirely to make it easier to follow for everyone.
Anyone know how to completely remove a thread.

This thread has been drained to die. 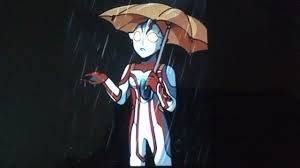 You could ask a mod to close the thread

Thread locked per the request of OP. A few responses before locking the thread though:

Danesi, Erik, Bowen, and many other of the ”friends of Spooky” are willing to give uncredited advice if asked.

Bowen was pretty clear, he’s not involved in any way. If either Danesi or Erik were involved we would know and both the music and light show would already be elite for this title. I’m afraid the veterans that made TNA and R&M (both utter master pieces) are just not here for this game. The young talent at Spooky may well nail everything - Charlie wouldn’t have put them in this position if he didn’t have full confidence in them, and they nailed the layout - but let’s not infer people are somehow involved in this project from the shadows when they are saying they are not involved.

All Spooky games have started off slow code-wise with several spots sold for less early on. Then 1–2 years later they increased in value once production was over and code completed.

This is not true. Both R&M and TNA were elite coded games (from light show, to music, to rules) within a few months of release. AMH had pretty solid code at launch as well and the game caught fire half way through the run.

I think it’s just who is vocal on these threads. I think the current screen size is terrible and kind of gives a cheap feeling to the game. It reminds me of the “home” Stern games. The borders during fights are cool but that isn’t the whole time. I personally really don’t like the layout and it was one of the first things that stuck out to me when I walked up.
I would agree code is more important, but I think it would be insane for Spooky to think they are hitting on the optimal display layout right now.

I couldn’t agree more. I was surprised there were people advocating to leave the display “as is”. The screen needs help. Make the clips as large as they can be.

I have been asking for the change to the screen since the beginning. All you guys have to do is increase the size of the video so that it fills the vertical space from top to bottom. Keep the same ratio. Move the player scores to the bottom of the screen like Stern does (where active player score is larger than the rest) and then put the ball count and freeplay or coin up top center but not really big. Scores ball count etc. would be the top layer. You can still have Ultraman and the monsters come in from the sides during battles and even overlap the main video content.
What is happening is you are trying to make the screen look like a control panel. I appreciate the thought but everything ends up looking small at the expense of trying to make it look like a control panel. No one really wants that. The scores look tiny like Gottlieb system 80b displays. Keep the cool looking character silhouettes that flank the sides during battles. But make the video content as large as possible. When the characters for battles are not present, those columns on the sides can have some sort of design that looks like a control panel. I can mock something up if anyone has some screenshots of the display.

This topic is closed.