Post #1125 Great outline of different types of buyers. Posted by mrclean (5 months ago)

You're currently viewing posts by Pinsider docquest.
Click here to go back to viewing the entire thread.

So, it seems like the three most likely themes for the next Spooky are Scooby Doo, Evil Dead: Army of Darkness and Friday the 13th. If they end up making Army of Darkness I will fully s#it all of my pants. That’s my number one dream theme. If you’ve not seen this movie, drop everything. It’s perfect, hilarious and an incredible theme for pinball.
[quoted image]

An Army if Darkness pin would be very cool. I only have 4 backlit poster frames in my game room so I ocassionally rotate what posters go in them. This one however never gets rotated out because its just too awesome. Took me a long time to find an authentic double sided version.

The sound bite he used in the podcast was pulled form the 2018 Halloween movie trailer. That movie was more of a direct sequel to the original 1978 film. That doesnt necessarily indicate what version the game would be based on though. Spooky does have a relationship with Rob Zombie who directed the Halloween remake so I guess it's possible it could based on that version as well.

If it really is based on the original Halloween, I wonder if they would go after Jamie Lee Curtis or PJ Soles for callouts. Unfortunately Donald Pleasance isnt alive. Custom voice work by him would've sounded great.

He played what sounded like the trailer for the original movie?

It was from the trailer of the 2018 Halloween film.

Halloween Kills (sequel to 2018 Halloween) is going to be released Oct 15, 2021. So the Halloween film franchise will be high on the pop culture radar quite a bit this fall.

Probably won't make much difference for Spooky though since I would expect all the games to be pre-sold long before the fall.

Just read about a new Scooby Doo Reunion Special coming out later this year. Also HBO Max announced a new series from Mindy Kaling about Velma from Scooby Doo. So it looks like Warner Bros thinks Scooby still has a lot of life left in the franchise. So they might have been excited about a possible pinball license.

All this Evil Dead talk. I Loved the movies! Tried watching a couple episodes of that TV show, what was it called, Ash vs. Evil Dead or something. Bought the box set, watched a couple episodes and couldn’t get into it. Do I need to give it another try?

He says that following the expansion Spooky has two lines that will allow them to build two titles simultaneously.
If this turns out to be true then WOW!

You could argue that superhuman people like Scott or Ben could do multiple jobs at once like they did for TNA and AMH (code, video, design, etc) but it almost killed them. So even if some of their team was doubling up on specific tasks to also do that for 2 games at the same time would be a big stretch.

Assuming the 2 games were already 100% completely designed and ready for manufacturing the logistics need to design, order, build, and store all the unique custom parts needed for two games would be a lot more complicated. Twice as many ramps, ball guides, custom mechs, decals, backglasses, plastics, etc to deal with.

Most importantly, why would they do that from a business perspective? They would make the same amount of money selling 1500 of one game as 750 of game "A" and 750 of game "B". Why would they choose the harder option?

I am sure nobody is saying this , and nor me. This is a ridiculous suggestion. Whom is assuming this nonsense??. Where? . Why??
Need to read. CGC is Not Spooky. Pmsl
That entire speel of yours about spooky making two games simultaneously... wtf provokes this?

The latest Kanada podcast suggested it and it seems a few pinsiders thought it might actually happen. So I threw in my 2 cents why I think thats a crazy suggestion.

I thought you were going to go down the Videodisc path but yours would be more impressive for sure.
[quoted image]

I remeber the old days when if you wanted a laserdisc collectors boxset if a movie it wasn't cheap. $125 for Tron, $125 for Toy Story, $250 for Star Wars trilogy (pre special edition changes), $150 Star Trek film collection (only up to star trek 5 at that point).

These youngsters with their shout factory buray special editions of cult movies for less than
$30 dont know how good they got it.

I remeber the old days when if you wanted a laserdisc collectors boxset if a movie it wasn't cheap. $125 for Tron, $125 for Toy Story, $250 for Star Wars trilogy (pre special edition changes), $150 Star Trek film collection (only up to star trek 5 at that point). Relating this to Spooky Pinball next game guessing, I also had the blood red laserdisc version of Evil Dead 2.

These youngsters with their shout factory buray special editions of cult movies for less than
$30 dont know how good they got it.

I still love physical media. Lot of the stuff I.like ti watch isnt always readily available. Plus the commentaries, bonus features, making of stuff, etc is not as common on streaming services.

I just watched the bluray of the TV cut of the 1976 King Kong and it was fantastic. Loved watching all the original movie of the week bumpers and promos, commercials from the 1978 TV broadcast of it.

Speaking of which, King Kong could be a fun theme for pinball.

My first foray to home video was this was 8mm version of Star Wars. It was only a few minutes long and silent but I.could sync the music.from the soundtrack LP. It featured the Millenium Falcon escape from the Death Star and the Tie Fighter battle right after. I think I played it so much I wore out the sprocket holes on the film. 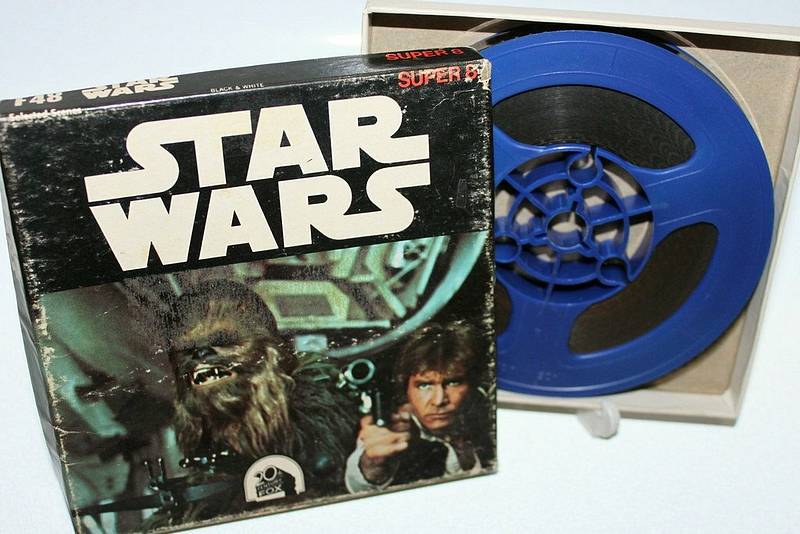 Quoted from mrclean:This two game thing being released at the same time had me thinking...
Is it entirely possible that Spooky would simultaneously release two titles with the same playfield overall layout just two different themes? Similar to when Stern did Family Guy & Shrek ?!

Still a ton of unique work needed for LCD/video assets, callouts, plastics, different art, etc. It would save a little time but not as much as you might think at first glance.

I feel Spooky may be sending mixed signals.
[quoted image]
Also, whoever packs their boxes is a wizard.

Yeah right, I couldnt believe what they fit in my box. 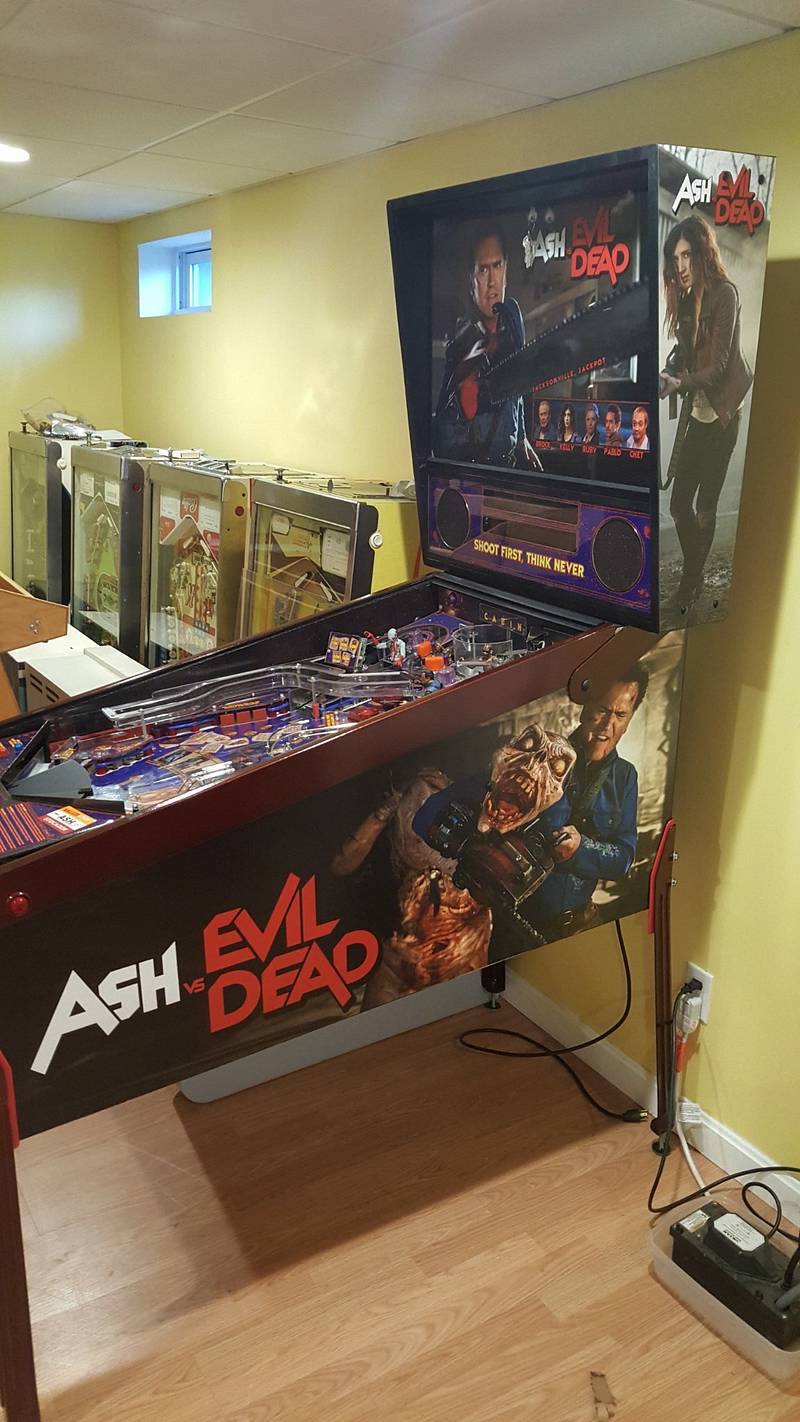 "So whadda want your Aqua Kids poster to look like?"
"Every Meatloaf album combined"
"You got it!"

The "King of The Mountain" style of poster art has been used in a ton of movie posters and other art. Dax Sheppard put that style on his van and his wife Kristen Bell wasnt too happy about it.

That look is used so much it almost desverves it own genre of poster style. 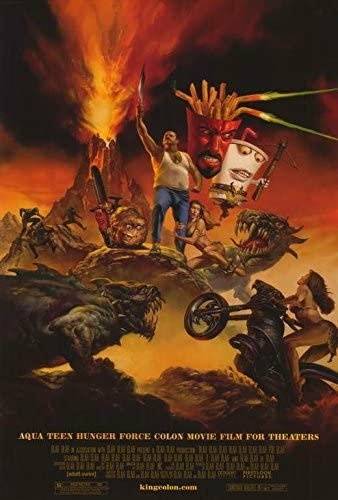 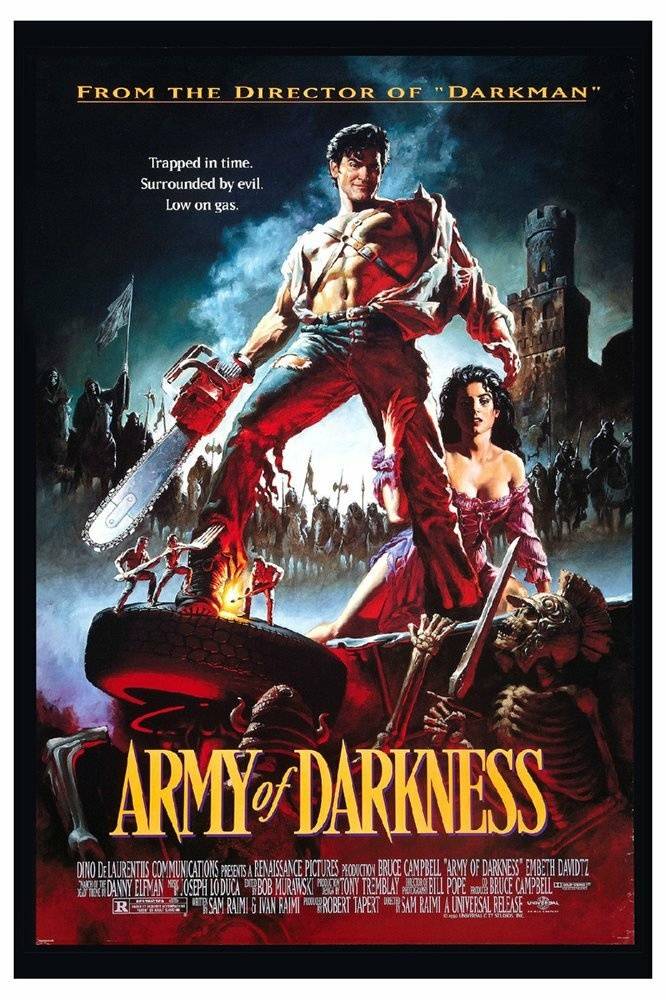 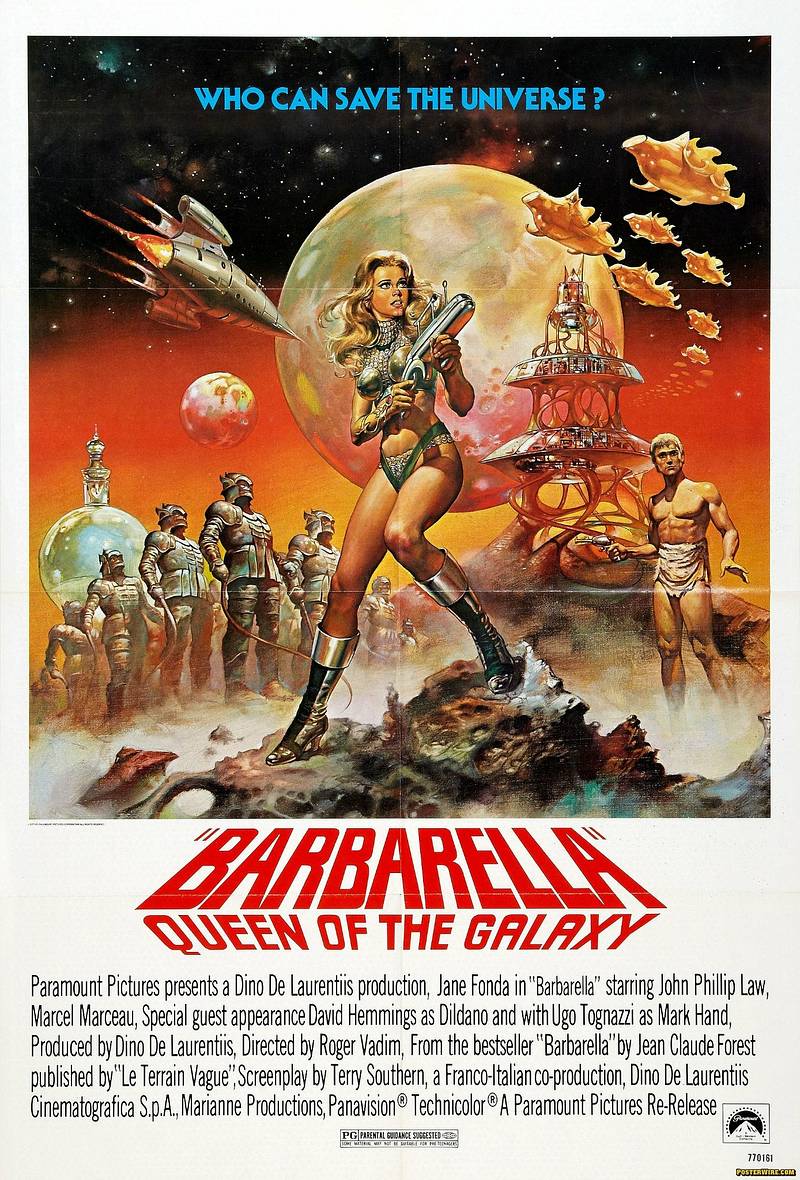 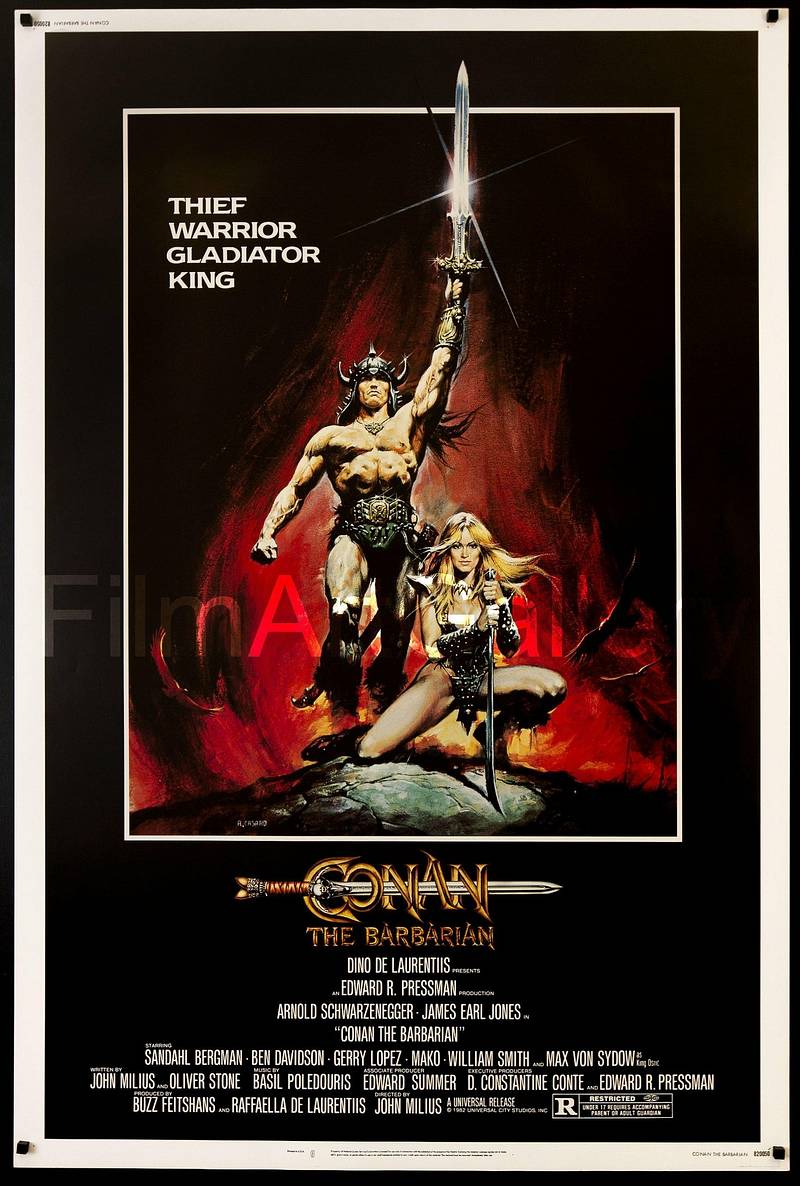 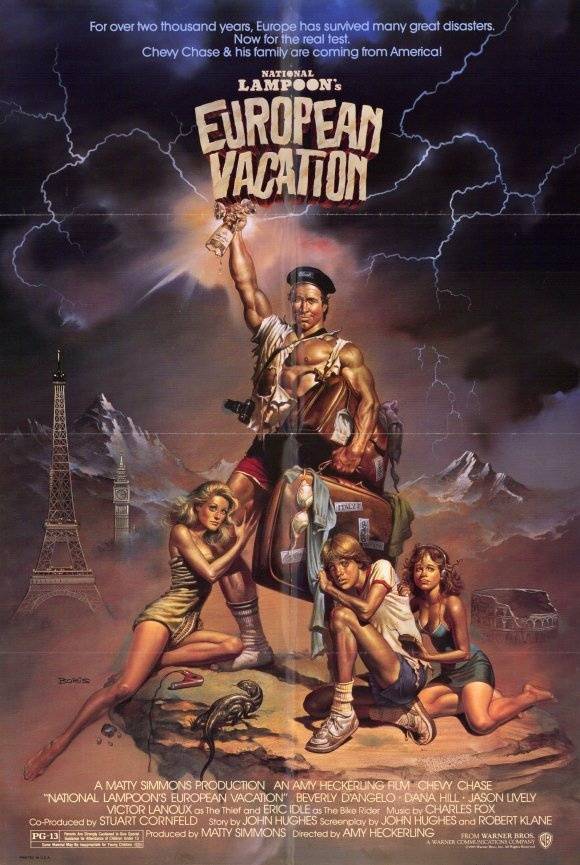 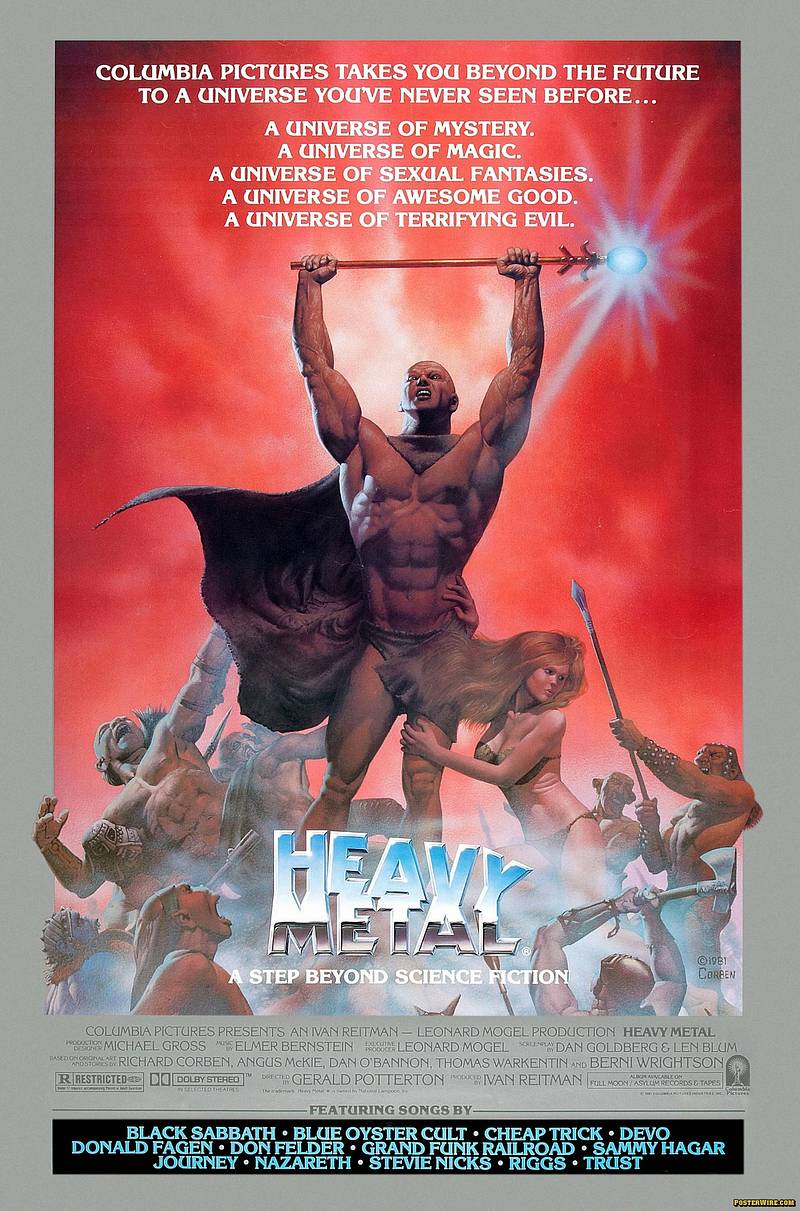 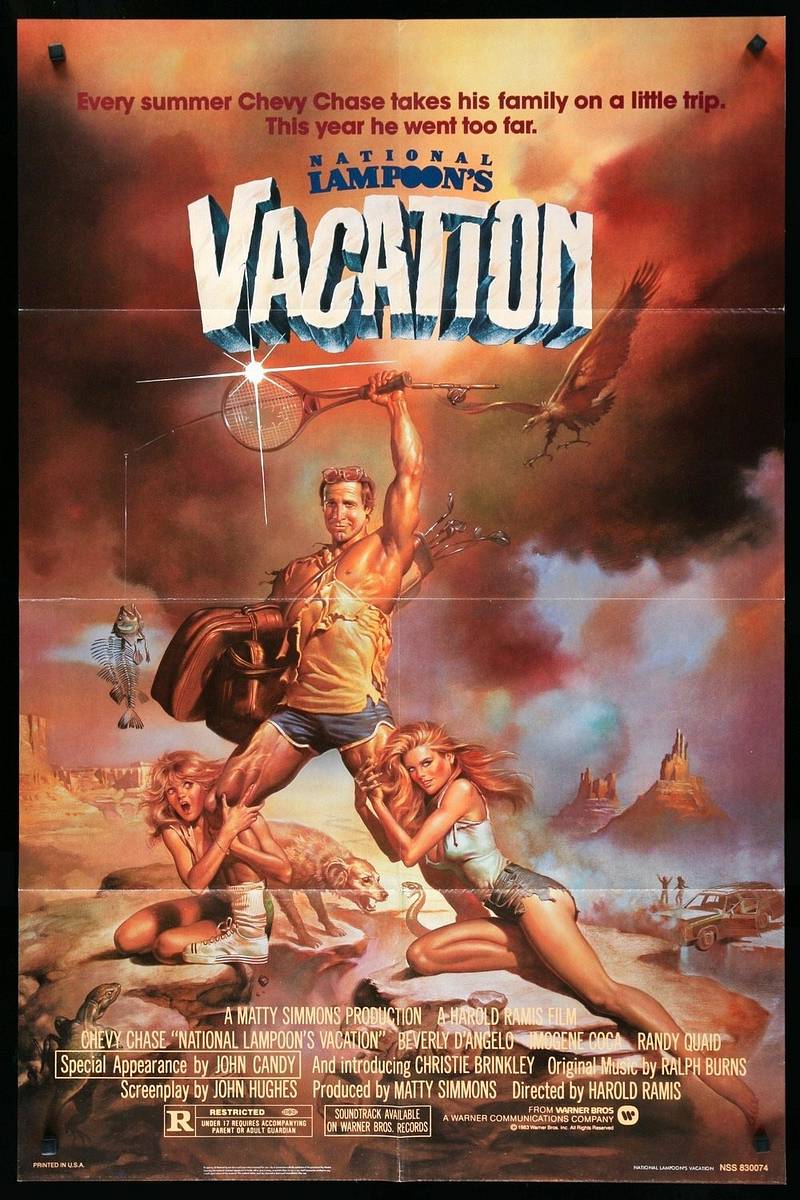 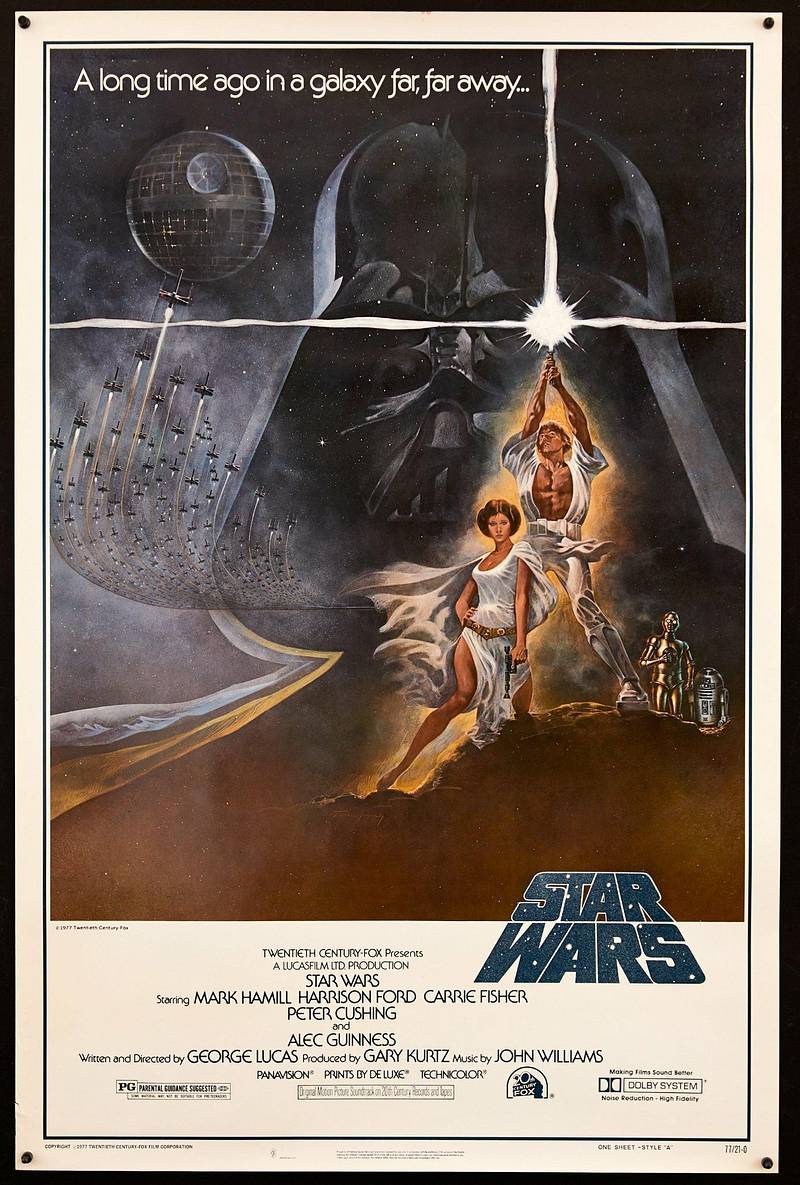 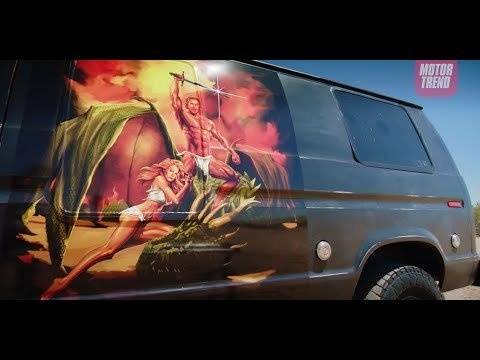 Keep in mind, if this is two themes for one game, the theme owners have to be willing to license their IP alongside the other theme. I'd think this means a lesser chance of combinations where the parent media companies are competing with each other, and more likely the other theme(s)? are from the same organization. Just a thought...

Going by that logic, here the the other films produced by Compass International Pictures. Of these, the most logical choice for the second theme has be Roller Boogie. Seeing Major Don West from Lost in Space playing a late 70's era mobster trying to shut down the local roller rink to put up a shopping center is a perfect pinball theme. 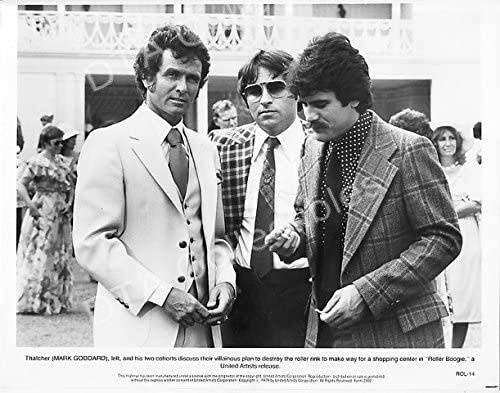 If.you want to get up to speed on all things Ultraman. Today, Sat July 10'th, is the Ultraman Ultrathon. Tons of episodes streaming today online or via the Shout Factory streaming channel in celebration of its 55'th anniversary

You're currently viewing posts by Pinsider docquest.
Click here to go back to viewing the entire thread.