Post #1125 Great outline of different types of buyers. Posted by mrclean (1 year ago)

Edit December 2022: Spooky reveals the next game is going to be Scooby Do!

Edit July 2021: Spooky pulls a surprise double reveal and launches the incredible looking Halloween and Ultraman ON THE SAME DAY!

Which Pin(s) will Spooky reveal next time!

Original Post: As a happy Spooky customer and FANG club member, I am looking forward to seeing what they have on offer for 2021. Rick and Morty production seems to be catching up after being shut down for months over COVID. If they are in the 440s now (out of 750) and building 15 per week, that would imply they are on track to meet their goal of getting all 750 games out within 18 months of announcement, despite the great dumpster fire of 2020. Spooky confirmed there would be a Total Nuclear Annihilation 2.0 in a standard body pin some day https://www.thisweekinpinball.com/gnr-standard-gameplay-celts-gameplay-charlie-emery-talks-clear-coats-new-cgc-game-coming-soon-twip-11-2-20/. If Spooky wraps up production of Rick and Morty sometime in June, that would imply they would be ordering parts for games sometime in the next few months, and making an announcement and taking orders sometime in May or June. So the question is… what will Spooky announce? If they did TNA 2.0 immediately and were making 15 per week, they would make 450 by the end of the year. I’m not sure there is enough demand to keep that game on the line for 6 months as there are already 550 in the wild (it’s a great game BTW). In any case, Spooky would need to announce a new game sometime in 2021 to keep games on the line. This begs 3 questions:

I love TNA, but I think I would be a little disappointed if it is TNA 2.0. I’m hoping it’s something completely new. Since they just did Rick & Marty, I think they will go back to the horror genre. My HOPE is it is a more adult geared horror theme, even something original would be fine although my guess is anything original is highly unlikely in the current environment.

My guess is that we'll see a limited run of 150 TNA 2.0's and then they will see a new property. I would stick with animated themes from here on out since the content lends itself well for use on the LCD display. Live action stuff just doesn't look as good. I think Scooby Doo would be a slam dunk theme, Flintstones also makes a lot of sense since they already worked with the licensor on Jetsons. Futurama, South Park or Archer would also make great Spooky titles. They are in a great position where they can kind of fly under the radar of companies like Stern an JJP with picking the non AAA licenses or themes on the downswing that still have a strong following. I would just try to diversify by alternating between "classic" themes like Scooby Doo and Flintstones and more modern animated themes from Adult Swim or wherever.

I just hope they continue to choose weird themes.

Is Scooby Doo just a wish in these parts, or is there a rumor/intel related to it? My wife and daughter would absolutely flip if there was a Scooby Doo pin and there's content for days to make a good game out of the theme.

That was what I thought as well. I thought Spooky's next new game was going to be run on the CGC line and the Spooky line was going to do the TNA rerun. Unless that all changed?

My hope is Gamera. Great giant monster theme that is not Godzilla and not popular enough for Stern to care. Most Spooky fans will buy anything and Charlie is a fan. Ultraman is also a possibility, although I imagine they would want too much for the license. Scooby Doo is also a great theme, the animation is similar to Alice Cooper and some of the stuff on that game looks like Scooby Doo.

I'm really hoping for a horror theme, I already have a down payment earmarked for a spooky pin if the title is right.

I would love to see evil dead, Beatlejuice, a tales from the crypt remake (I know it won't happen) or anything with a theme that spooky could really sink their horror fandom teeth into.

I still say Spongebob Squarepants could be an awesome pin. So many great characters and so much material. I'd be first in line.

The CGC Spooky Heck game is after Cactus Canyon, we most likely won't see it till early 2022.
I hope Spooky runs TNA in short 10 , 15 batches , while producing the next Spooky main title.

Big Trouble In Little China, is my number one hope.
Buckaroo Banzai across the 8th dimension, number 2 choice.

Then any other John Carpenter film, Escape From New York, Prince of Darkness, The Thing.
Halloween 1 and 2 in one machine, like Alien pin.

I wonder if Stern still has the Beetlejuice license or it expired? I remember hearing that Stern offered that theme to its designers but no one was interested in taking it. That would be another great choice! 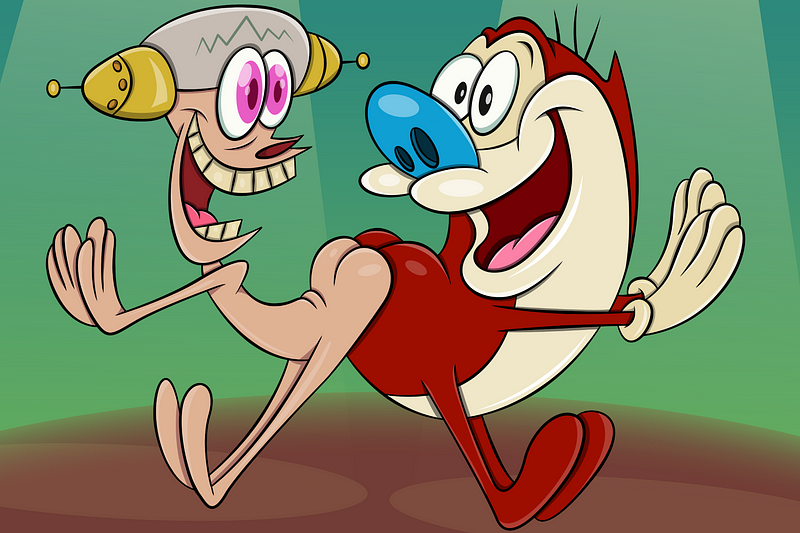 I spoke with Tobin Bell at a horror convention last year and I asked if he had any interest in SAW side projects, specially a pinball machine and his response was “I love the franchise I love the character any chance to return to the character I would love to”.

Give me SAW with a tonne of cool mechs based on some of the best traps from the franchise custom callouts from Tobin, day 1 buy!

I would buy pretty much all of the above mentioned themes.
Other main stream horror/sci-fi titles I think could be cool:
Swamp Thing
Phantasm
Toxic Avenger
Hellraiser
The Thing
Dawn of the dead
Shaun of the dead
Zombieland
The fifth element
Serenity
Blade Runner
War of the worlds
They live

Pretty much anything horror, sci-fi or monster related.
Whatever it is, I’m in.
Let me know when to send a deposit.

I would like to see Gamera as a theme, but a lot of the above are cool.

A hip hop machine or edm. Something of current relevancy music wise. if they take a chance and it blows up, it could sell like mad as did R&M.

With all the coronavirus shutdowns in New York City, it seems to me that "Escape From New York" would be a natural.

They should do Predator to compete with Alien. That’s would sell a shit load.

Ultra man is a possibility.

They should do Predator to compete with Alien. That’s would sell a shit load.

To compete with Alien? I think Pinball Brothers should get Predator and make it the follow up to Aliens, then get T1 & T2 and make a new Terminator pin like Alien with both movies, it would make the holy trinity of pins!

Prometheus if you want to stay with the Aliens family tree

I’m with you .Would be all over a “Shining” pin but would take anything that will scare the shit outta me .

My top 3 Spooky Wish List Themes that only they could pull off:

Any of these three would do well, I’d be in on a South Park from Spooky for sure.

My guess is it’ll be one of these four: Beetlejuice, Evil Dead, Scooby Doo, Resident Evil

. What do you want Spooky’s next game to be?

But I can't see either of those being popular enough to be a pin, but I can think of some cool design choices for them.

I'd like to see a real Gremlins pin. It has some campyness and good soundtrack and callouts and the modes write themselves.

Someone above mentioned Ren & Stimpy....

I think Animaniacs and/or Pinky & the Brain would be a decent theme for a pin. (especially since they just started them both back up).

My top 3 Spooky Wish List Themes that only they could pull off:

Yeah, too obscure though lol. Great movie though!

Don't know, but I think 10 years ago (or more) Hell Boy would have made sense.

David van Es is designing the next release from Spooky so I would bet it’s going to be a horror related theme.

They could go for a more niech Horror of science fiction theme, and cut the number back to 500.
They might not want too run 750 again so soon.

Musing from the Freeeek Kingdom. 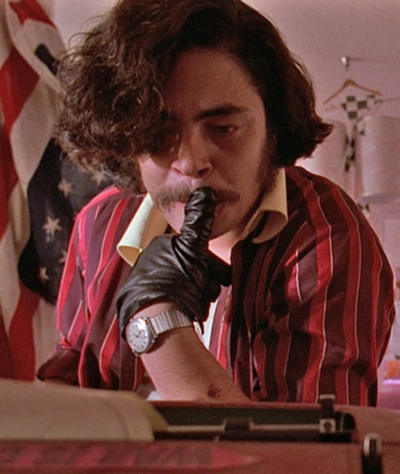 Dredd should be a cheap licence but would make an awesome R rated pin, come on Spooky!

I think it’s Beetlejuice. Deadflip was asked not to homebrew it. We know it’s a license stern decided to pass on and it would fit like a glove for Spooky. And it would be my third spooky purchase.

As crazy friggin wired as that sounds, I’ll be buying one if they make it.

Dredd should be a cheap licence but would make an awesome R rated pin, come on Spooky!
[quoted image]

This would be Amazing! MaMa Multiball. 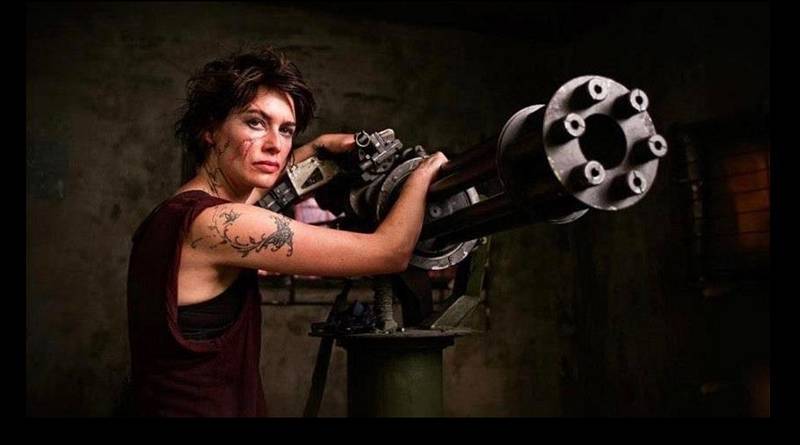 This would be Amazing! MaMa Multiball. [quoted image]

Yeah that’s an obvious mode the Gatling gun scene is brilliant. Repurpose the Monger mech Stern used on LZ and have 3 kick backs rise out of the playfield!

MaMa would have to be the final wizard mode, tonnes of great scenes and lines from that movie. Plus Urban would likely do custom lines as he’s a pinball fan and loves the role.

They might not want too run 750 again so soon.

If I could make only one change to Spooky, it would be to change that 18 month production cycle to 12 months. I think releasing one pin per year is really important. 18 months for one pin is a really long time. They could obviously do that by reducing the production run per title or increasing production capacity a bit. In either case, I think it’s something they should shoot for.