Lately I’ve been tempted by some reasonably priced Space Themed EMs for my seventh machine. I got to play some of them at Allentown, but it’s more of an appreciation for the artwork and theme. Realizing that some of these aren’t likely to be available, how would you rank a top5 for combined play&art? I’d be ok with an early SS as well. A bunch of other titles follow but I think the first batch is where I’m looking. 1 or 2 player is fine and 4 not necessary (number following title).

I haven't played most of those, but mars trek is better than the vast majority of EMs I've played. Are you set on an EM - I think a few of those might have SS versions as well.

As far as finding a machine for a good price, availability, and fun I think for a multiplayer Gottlieb Outer Space/Orbit is good and for a single player a Williams Apollo.

Stellar Wars for an SS is fun along with Close Encounters. Williams EM Space Mission/Odyssey and Mars Trek are good.

I don't do AAB games so they are out for me.

There are quite a bit on your list I have not played so I can't say either way about the others. Some of those titles will be hard to find, so I kept with ones that pop up now and then.

Countdown is one addictive game with 16 drop targets.

Outer Space is a great game but needs to play well.

Anyone play Space Time? One for sale for $600 and thinking about it.

Haven't owned it, but have played a couple.
It's a good game, the flashing "Time Tunnel" is really cool.
No drops, but has a lot of other things going for it. Four pops, kickout holes, gates, etc. Great spacey looks.
$600 for one in good shape might be a good deal.

The best game on your list, hands down is firepower.

And you should be able to find one pretty easy at a decent price because they made a ton of them.
But it looks like you already own one.
SS, with speech, multiball, fast gameplay.
Great space/alien theme

But if you are mostly looking at getting an EM
Target alpha. Or solar city are really fun EM games. 4 flippers, a ton of drop targets to shoot.
A different layout with the pop bumpers than most pins. And they play great.

But for ranking them, get what you like. They all have different art styles and gameplay/features.
Find one that suits what you are looking for best.

As far as finding a machine for a good price, availability, and fun I think for a multiplayer Gottlieb Outer Space/Orbit is good and for a single player a Williams Apollo.
Stellar Wars for an SS is fun along with Close Encounters. Williams EM Space Mission/Odyssey and Mars Trek are good.
I don't do AAB games so they are out for me.
There are quite a bit on your list I have not played so I can't say either way about the others. Some of those titles will be hard to find, so I kept with ones that pop up now and then.
Ken

I also really liked Apollo when I played it recently.

Mars Trek is fantastic IMO. I really like Countdown as well.

Hard to beat the combination of artwork (classic retro futuristic art with a comic-book feel) and playfield layout on Target Alpha.

I have an Astro im redoing that's got great artwork . Not so easy to find unless you live near CT/NY

I have an Astro (AAB) its a lot of fun and a Centigrade 37 also a lot of fun. Recommend either.

I really like my Space Mission with its asymmetrical layout.

Lots were made so you can find it.

And I was an Apollo age kid who sat glued to our black and white TV watching the landings and the Back glass of the Apollo/Soyuz link up is awesome.

Plus Steve Fury and I (especially Steve) have had to fix just about everything on one so we can help with issues.

Thanks, erak- I played interflip Dragon at Allentown and agree the art is most unusual!!
The tip about AAB in CT/NY is a great one and I'm in Maryland so not too far. Astro has my favorite artwork followed by Astronaut/MoonShot.

I've liked El Dorado and Target Alpha is probably easier to find than Solar City for my third choice-- with Jet Spin, Countdown, OuterSpace, Time Space/Zone following. Played Centigrade and Space Mission/Odyssey at Silverball Museum in Asbury NJ but it was a quick visit and there were so many to play! (think they had a Universe as well). I'll have to seek out a Mars Trek and Firepower near me to try.

I tried to put together a compilation and compare - maybe I'll just run them in a slideshow on a monitor on the wall... 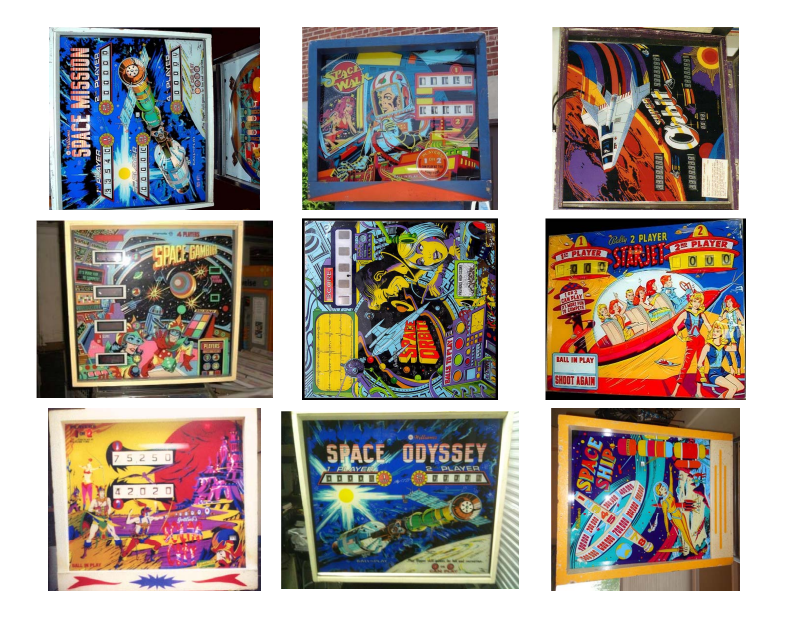 If you consider Dimension as outer space that's the ultimate Wedgehead with 20 Drops AAB for home use. BUT they are not as easy to find and are on the high side of your price range

Well there it is! I missed out on an excellent Black Rose for $1300 on Monday and still had the cash in my hand Tuesday when up pops a restored Time Zone at $500 thirty minutes away. I suppose it's more sci-fi than space themed however but I dig the graphics and time tunnel! 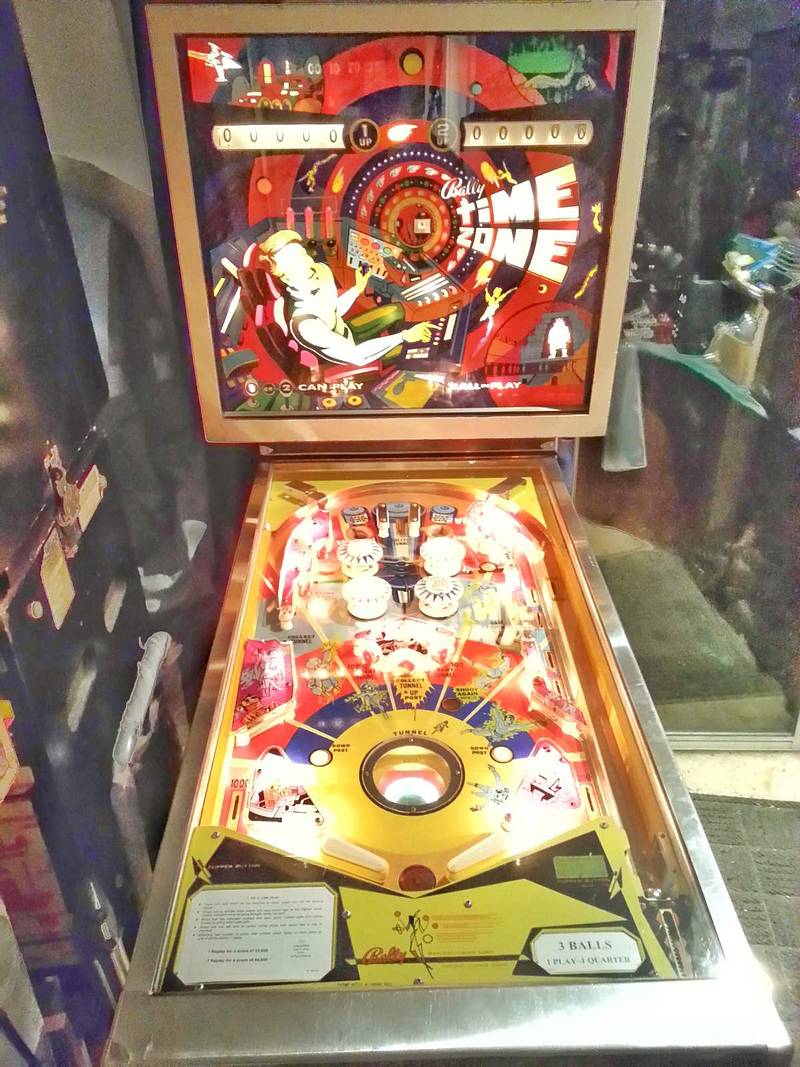 Time Zone for 500$ not bad at all. I'm so f'n old I remember the tv show with James Darren.

I tried to put together a compilation and compare

That Star Jet artwork looks like it was influenced by the Jetsons. 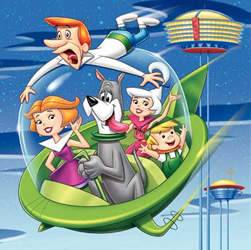 wow 74DQ- I'll have to watch some Time Tunnel episodes from 66-67!
http://www.imdb.com/video/hulu/vi1137246233
from IMDB:
Scientists Tony Newman and Doug Phillips are the young heads of Project Tic-Toc, a multi-billion dollar government installation buried beneath the desert. They have invented a Time Tunnel, which will allow people to visit anywhere in time and space. While testing the tunnel for an impatient senator, Newman and Phillips became trapped in time, and each week coincidentally found themselves at the site of an important historical event, be it the Siege of Troy, the sinking of the Titanic or an assassination attempt on President Lincoln. Sometimes they traveled into the future, and battled alien invaders. Ann MacGregor, Gen. Kirk and Dr. Swain are the scientists trying to fix the malfunctioning Time Tunnel and bring Doug and Tony back to the present (1968). 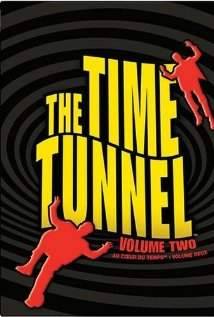 Oh yeah mid 60's great Sci-Fi era. Lost in space, a forgotten one is "it's about Time" even Voyage to the Bottom of the Sea. Star Trek came afterwards . Funny thing is Astro you have to spell out Star Trek as the rule set rewards it's completion. This was before all the BS licensing crap the lawyers got thier claws into.

Anyone play Space Time? One for sale for $600 and thinking about it.

Have one, fun game.

Outer Space/ Orbit is a great player with one of my favorite Morrison backglasses. Nice geometric bodywork in black/white/red. Playfield art is a bit of a letdown but you can't have everything.

Playfield has a vari-target, spinner and a couple of choice shots to get the ball upfield and through the rollunder back into the shooter lane. Double bonus on the last ball is great and the special scores off a intermittent lighting up of the vari-target, allowing you to theoretically score a special the 1st time you flip the ball. Cant think of another machine that allows that.

Someone at GTB liked this p/f layout as it ended up reused 10 years later on SS Super Orbit. 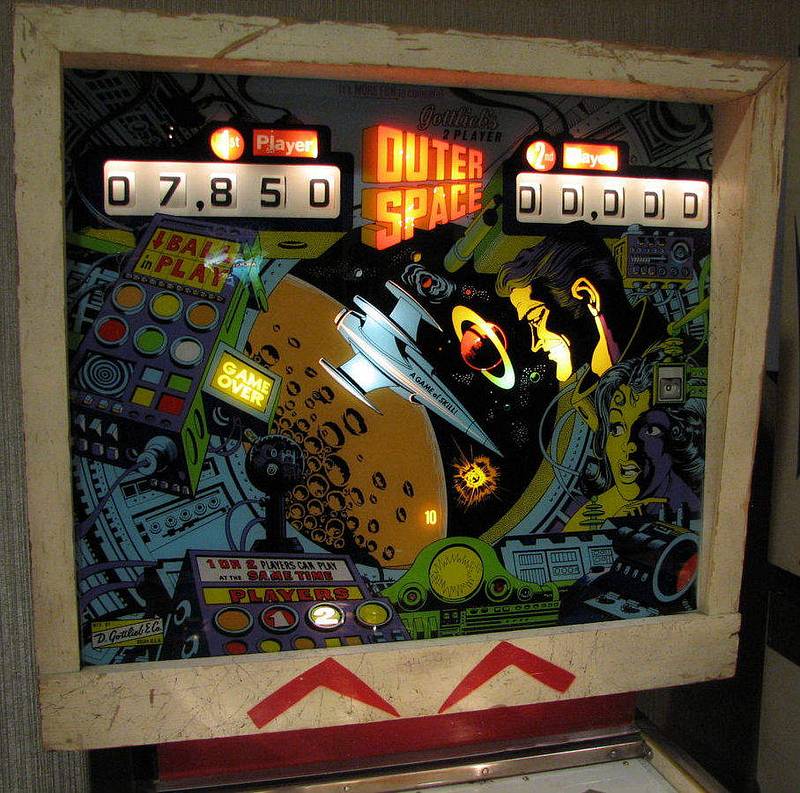 Another vote for Target alpha and Orbit.
Zaccaria Moon Flight is good (single player - probably hard to find in the US).
Starjet is cool because of its retro-artwork (cosmic babes!) and its multiball, but I did not enjoy the layout very much.
Space Mission is the game to practice live catches. Any other way directs the ball to the lateral holes... and you don't want that.