You're currently viewing posts by Pinsider goingincirclez.
Click here to go back to viewing the entire thread.

Congrats on the pickup! I brought one home from Expo a month ago and am loving it.

It took me a minute to figure out what you're asking: the upper right "dock" (VUK) is actually a pretty easy shot, whether direct from the left flipper or backhanded from the right. This kicks back to the upper pf but does not actually dock a ball.

The dock shot to the VUK behind the U-S-A lanes is also fairly easy. This kicks up to the station diverter for a lock.

Feeding a dock / lock from the lower-right / ramp / stop-and-score shot is much more difficult.

Either dock shot can feed either the right or left dock, depending on what has been accomplished and where the diverter is aligned. A dock shot only counts when the lane is lit so as you observed, if a ball is already docked and a subsequent shot is not valid or diverted for a lock, the docked ball is kicked out before the next arrives (this is why there are additional switches well ahead of the locks).

It sounds to me like you might be missing the one-way gate at the exit of the right dock (behind the ball-holding astronaut). This allows balls to leave the right dock, but not enter without going through the diverter. The dock is a pretty tight area so even without the gate, two balls won't fit there, so I imagine that a second ball would strike the first and ricochet out.

Here's a couple pics I posted in the Club thread as I've worked on mine.

In the first, you can see the gate behind the astronaut.

In the second, you can see the gate removed (lying on the plastic) as I was cleaning the machine. It connects the yellow bell post left of the exit, to one of the plastic screws.

I forgot about that big curve in the dock exit so you're right, two balls could get stuck there... I can see how that would be a problem!

I hope that helps! 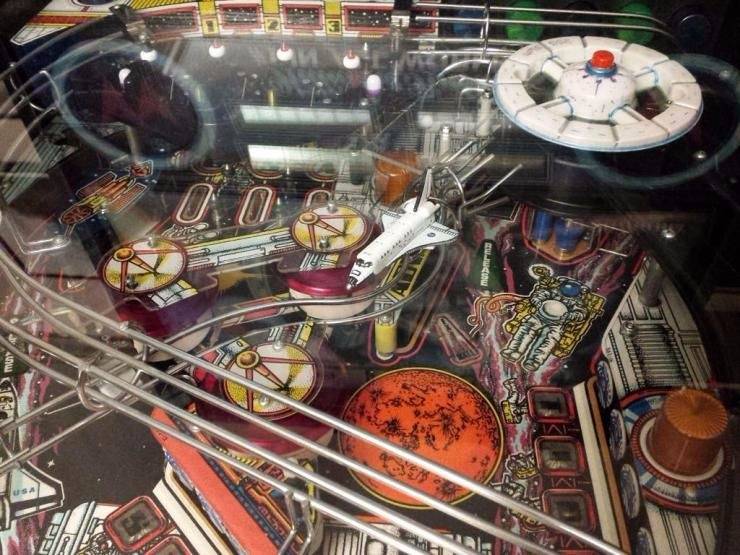 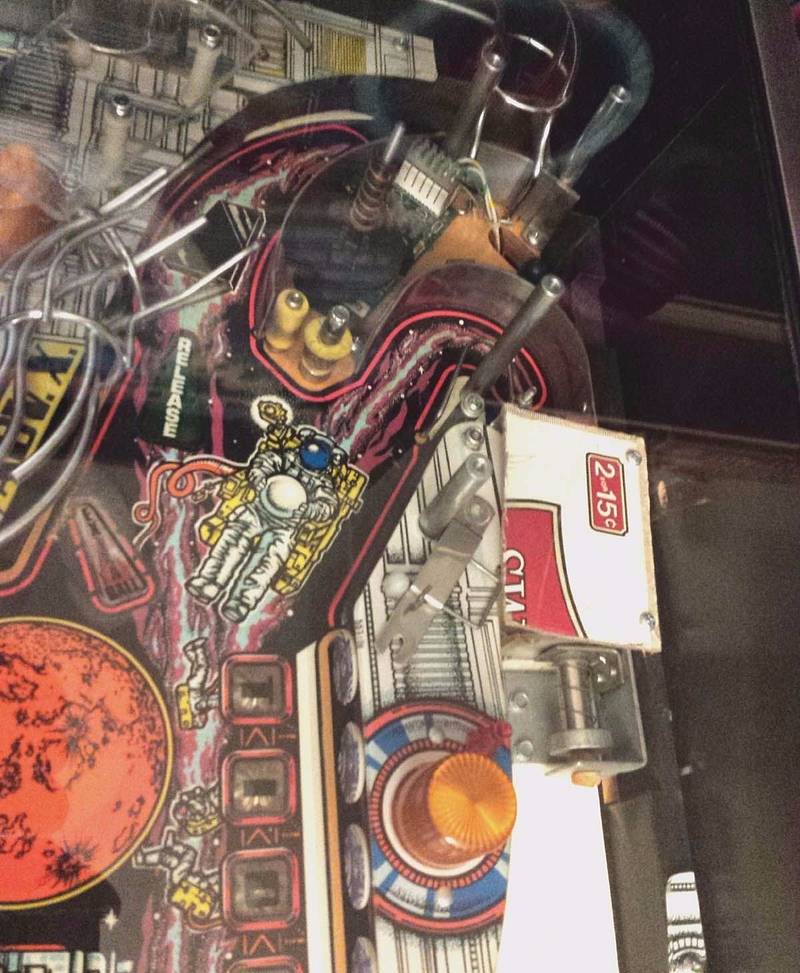 You're currently viewing posts by Pinsider goingincirclez.
Click here to go back to viewing the entire thread.