Anyone know anything about this machine?

Take a look at today's date

The internet is not to be trusted on this day.

The Pinball about nothing ?

Lol at the side art.

The playfield is Sopranos as I can see the boat and the backboard.

Take a look at today's date
The internet is not to be trusted on this day.

Someone make this happen... I have to play the spongeworthy multiball...

The playfield is Sopranos as I can see the boat and the backboard.

The DMD is the shakedown animation too 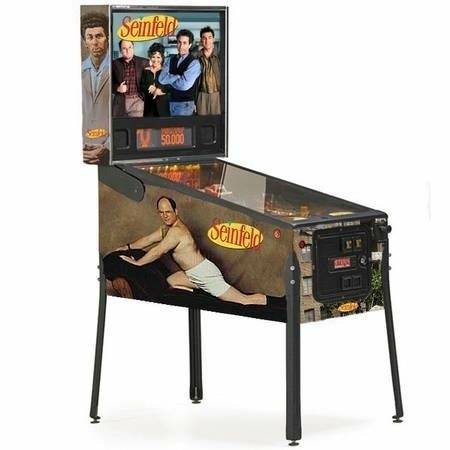 That photo is a little small. Did it suffer some shrinkage?

Soup nazi says NO POINTS FOR YOU! When you tilt out

Jimmy wonders how 24 got made but not this.

Make the perfect shot into the Whale blowhole.

Its real and its spectacular.

I want my LE in Gold. Gold Jerry.

That ball goes sailing up, holds there for a minute and then, gullk!

I didn't realize it before now but this is a dream pin of mine. 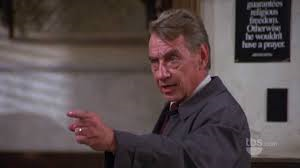 Festivus wizard mode with different levels. Airing of grievances, feats of strength, and it's not over until you pin Frank. 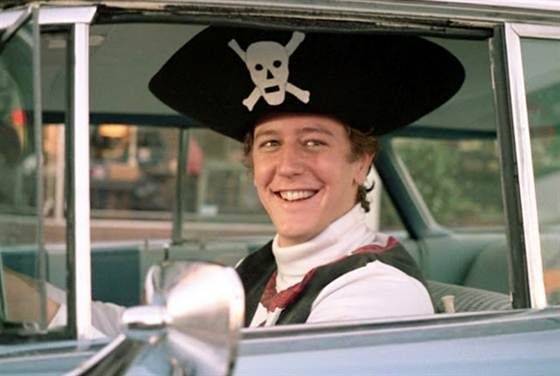 Ad is still up in Denver. For now.... Must have been posted by a hipster doofus.

"Whats the deal with Pinball Machines?" That's right everyone, join Jerry and the gang in fast and laughter filled pinball gameplay as you try to achieve "Nothing" This game is loaded with tons of classic character call outs, phrases and punch lines from the long running hit comedy series "Seinfeld."

"Not that there's anything wrong with that."

This game is so much fun to play and as many times as Ive played it I rarely here the same sound bites repeated. I believe this machine is somewhat rare as Ive never seen another one like it. My ex-husband brought it home and he was an employee of NBC.

No Mr. Pitt
No Jackie Chiles
No Kenny Bania
No Mr. Kruger
No Bubble Boy
No Master of Domaine 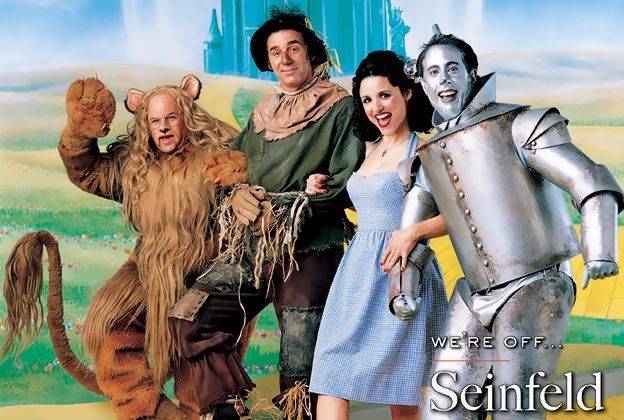 Do you have to wear a puffy shirt when you play?

The ad is still up in Detroit:

Too bad stern never did this one.. It could have been a blast

very good.Kramer and Elaine are excellent.

The ad is still up in Detroit:
detroit.craigslist.org link

Hahah i saw this episode earlier today when eating breakfest.

These pinballs are making me thirsty!

That ball goes sailing up, holds there for a minute and then, gullk!

The sea was angry that day, my friend. Like an old man trying to send back soup at a deli. lol. One of the great scenes ever, skip to 5:40 in the video below.

I inquired, he sent me back "sorry April fools"