I picked up an RFM that is running PinBox and that is booting to the Select Game Pricing screen. I have a key board and mouse hooked up , but I cannot select any countries. It seems frozen. Is there something I am missing? Some kind of command or something else that I need to do.

I cannot coin up a game until the pricing has been set.

Solved: Coin Door is not wired correctly. Can maneuver down by coining up right slot. Does anybody have a pic of the wiring? I included what I have down below.

NOT SOLVED: While the coin door is acting erratically, all of the wiring checks out. I spoke to the previous owner he said the only thing he's done was build a Pin Box computer. He stated the game was working fine, his friend installed the software after his original computer failed and he could not get it out of the menu you see below. 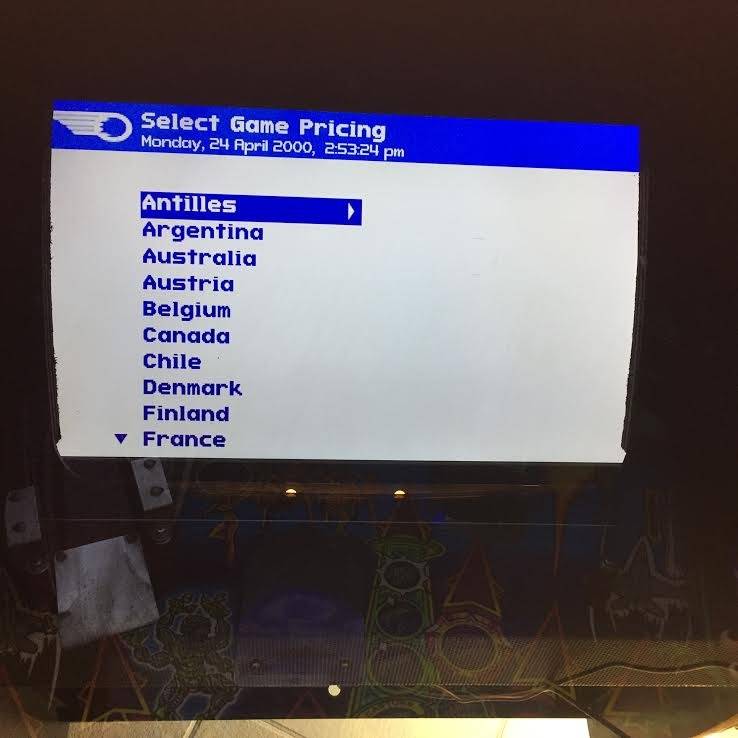 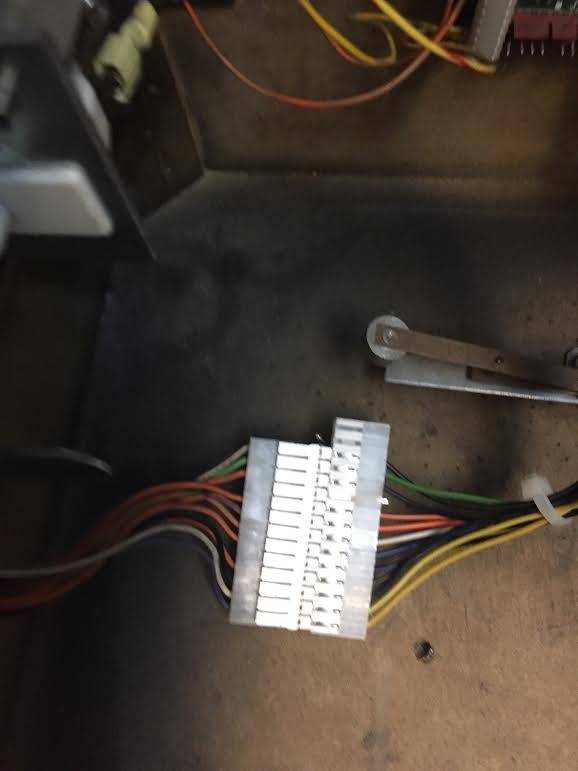 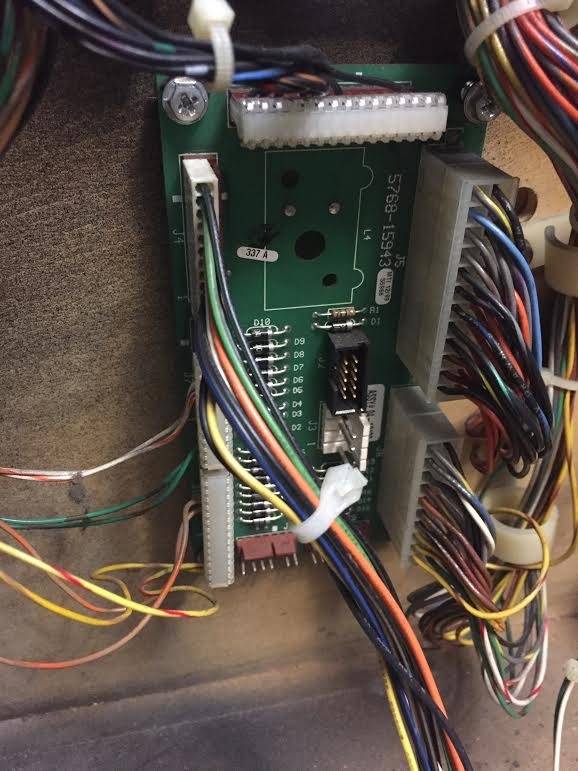 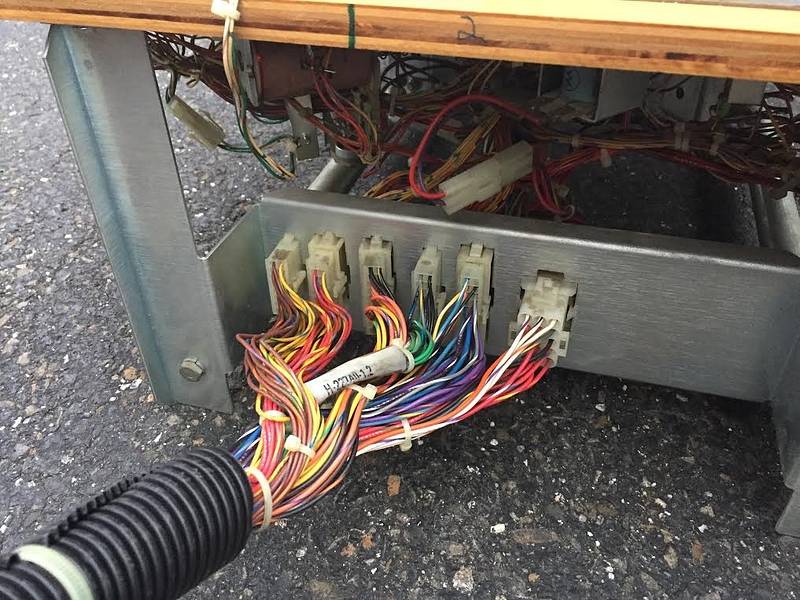 First problem sort of solved. My coin door does not appear to be wired correctly-thus the inability to go up or down in menu and select setting. Anybody have any pics?

NOT SOLVED: While the coin door is acting erratically, all of the wiring checks out. I spoke to the previous owner he said the only thing he's done was build a Pin Box computer. He stated the game was working fine, his friend installed the software after his original computer failed and he could not get it out of the previously mentioned menu you see.

All of the registering for the coin door is off including open/closed sensors and tilt sensors.

Any ideas? Has anyone seen this before?

I see you did post once in the RFM thread but you should post all the pictures & descriptions in there for more visibility:

I have replied to your post on that thread to get the ball rolling hopefully.

Many thanks. I am at a total loss here. I just don't wat to go through the trouble of tracking down new software, etc if that is not the problem.

This is likely a communication issue with the driver board. Ensure that the parallel cable from the computer to the driver board is connected and fully seated at all connector points.

Depending on when the game was made, there may be an interconnect that the parallel cable goes through at the back of the head. Ensure everything is solid there as well.

Replace with a known good parallel cable if all connections are good.

Thanks! I will give this a try! and maybe pickup a new cable while I am at it.

Also make sure and get a decent quality cable. Some of the cheap chinese cables skimp out on half the internal wiring. While it would likely work for most old parallel printers it would not work for P2K.

Cool, I've ordered a cable and it should be here tomorrow. I'll rule that out first before attempting to re-install the software.

I just tossed the new cable in and we are up and running!!!! Many thanks guys. You saved me a lot of headaches. 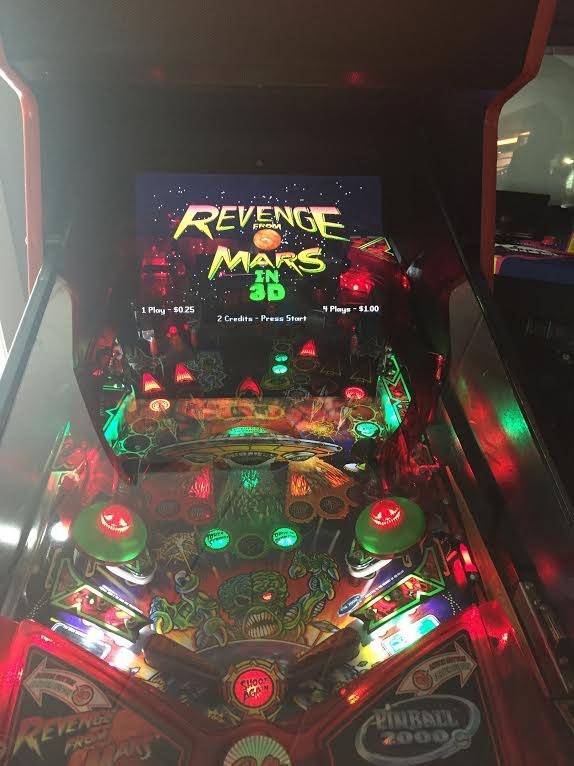 Promoted items from the Pinside Marketplace
$ 79.00
Boards
WPC 10-Opto Board, A-15430 Replacement
PinballReplacementParts
5,500
Machine - For Sale
Revenge From Mars