Rest In Peace Gloria at The Pinball Resource ❤️

Saddened to read. I know it’s in another post(PBR News Updates) but thought she should have her own designated post.I think there are many others who may not check the PBR Updates post that would like to know to pay their respects.
My sincere condolences to Steve Young and family and friends.
Mods, please remove at your discretion if this qualifies for double post.

News
Well...this one is hard to write. I want to convey the meaning but without running on. How to summarize with appreciation and respect and love a multi-fascetted relationship that lasted nearly 35 years. Tonite at about 8PM, just 4 hours before her birthday, we lost Gloria Pullar to join the pinball arcade in the heavens.
Gloria joined me in Sept 1994 as my first employee to help build PBR. She was leaving an IBM career during their downsizing and was crazy enough to believe enough in me and that I could provide her a steady paycheck and an opportunity. We had been together since 1987, but to add a business relationship to a personal one was uncharted territory for both of us. It worked. Her faith in me was all-important to me and unending until the end.
It is amazing how many long term customers who remember talking and ordering with her on the phone or at a show will ask “how’s Gloria” ask me to give her their regards. She always remembered them and was grateful for their thoughts. Her spirit lives on and will be grateful for their thoughts and prayers.
That’s enough for now. We will all wish her God’s speed in her new home. Game over. Replay and match!
Steve Young

Sad news indeed. She will be missed. My sincerest condolences to Steve, as he has lost someone very close to him. I know she has some family as well. My sympathies. 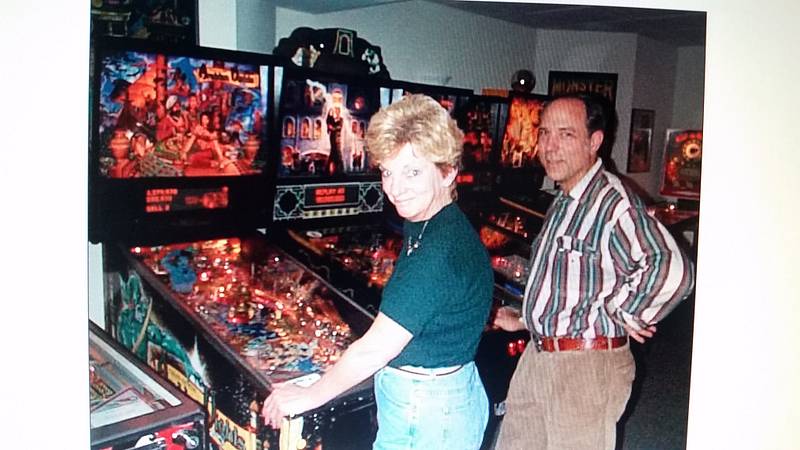 Sad to hear and prayers for the family and her friends.
We've lost too much during 2020 and just pray that 2021 is better.

That's so sad. I only met Gloria once, an extremely nice woman, intelligent and genuinely interested in providing good customer service. May she forever rest in peace.

Some people shine so brightly that they illuminate the lives of others. Gloria will be missed by many. Condolences to Steve, friends, and family.

It's funny how affected I feel over the loss of someone I never personally met and only spoke with on the phone. I absolutely adored her and had every intention of seeking her out at a show one day.
She was yin to Steve's yang and my heart goes out him and all of her loved ones.

Sad news. My condolences to her loved ones.

Truly sad news...I always enjoyed my chats with her. In fact, she answered the phone the very first time I called PBR - years ago.

A heart felt hug going out to Steve.

Steve, sorry to hear this news. My thoughts and prayers go out to you and the families involved.

Awww. Sad to hear. My condolences.

If you are reading this Steve, my sympathies to you and everyone associated with Gloria.

I talked to her many times over the years. I met her at Expo back when Steve went and set up his booth. Until reading that she had passed, I hadn’t realized that it has been quite some time - probably a few years, since I have called and she answered the phone.

My sincere condolences to Steve as well as Gloria's family and other friends. She will be missed!

Sorry to hear of Gloria"s passing.She took many orders from me and it was always a pleasure dealing with her.I will say a prayer and light a candle for her at the shrine of Saint Ritas.

Very sad. I am sure she helped me many times over the years. Very sorry for Steve and everyone that knew her. RIP

I’m very sorry for your loss.

Heartbreaking. These good folks trust and treat us like family with their business model and I treasure Steve, Gloria, jimmy and team. Tried to play a few games that wouldn’t be running without them last night but knowing they are hurting I couldn’t enjoy it. Only a couple phone calls with her and Steve but countless emails... you all are truly in my thoughts and sending my deepest condolences.

Sorry for the loss of a fine lady!

Sorry to hear the news Steve. I don't think I ever talked with Gloria or even knew of her or her story. But I have talked with you and you are a very nice person. Thoughts and prayers for you Steve and those who knew her.

I was saddened to hear the news of Gloria’s passing. I loved talking to her over the phone and was always happy when I called and got her. I had the honor of having her in my home and I just saw her in person back in April. Rest In Peace Gloria and so sorry for your loss Steve!!

Very sad news indeed, RIP Gloria and Steve my heart goes out to you for your loss.

So sad to hear this. When I first got into pinball in the late 90’s PBR was the first place I went for parts/supplies. Gloria was always patient with me and offered good advice. If she said “I will call you back” she always did. When times got tough in 2008, I called her and told her I was closing shop and going to focus all my efforts on the car business. I distinctly remember her say “You will be back, and we will still be here.” To her family and Steve, so sorry for your lose.

Sympathies to Steve and her family. PBR is the first place I ever shopped for pinball.

So very sorry for your loss. I always enjoyed talking to Gloria. For some reason my order always had a difficult question. I can still her now, “Hold on I will let you talk to Steve”. She was never anything but “pure pleasant” to talk to. I enjoyed our time at the Allentown shows back in the day as well. Prayers for the family.

What sad news, she was awesome.

Back on the day at Allentown I sold her and Steve there first pinball( if you could believe that ). It was a WH2O that she just fell in love with and kept stopping by to play during the show. Later Steve asked how much and I gave it to him for what I had into it. It was worth the great story and memories.

Hang in there Steve...

Gloria answered my first phone call to PBR back in the day as a young pinball rookie.
She patiently "held my hand" & guided me thru PBR's ordering system. She will be missed by all.