There are a couple other post about the PHOF but they have become a "pissing contest". I don't want to talk about Tim & his staff I am just trying to get an update on if Tim got moved out of the old location completely and to see some recent pictures of the new location. Hopefully me asking for this information is not in violation of any Pinside rules. We are trying to decide if we want to try and plan a trip to Vegas later this year and it seems like I am asking too much to get an update (or updates) on the move into the new building.

I get tired of going back and forth with the same couple dozen Pinsides that feel like it is their mission to keep bashing Tim and I keep asking for updated information with ZERO luck. I get it - a good many people don't like Tim but that is not what I am asking about. I would like to see some recent pictures and am also very interested to know if Tim was able to get everything moved since he posted on his Go-Fund-Me (originally) that he had to be out of the old location by May 6th.

I am not going to reply to ANY comments here - I am just looking for an update on the move & pictures inside the new location. If you live in Vegas or have visited recently I would like to know more about the new location. Nothing more & nothing less!

Just FYI - youtube search PHOF 2021 for video tours from those that have visited the new facility in the last few weeks.

Just FYI - youtube search PHOF 2021 for video tours from those that have visited the new facility in the last few weeks.

THANKS! I am not really good with computer stuff so that is EXACTLY the kind of answer I was looking for.

I just tried looking on Youtube and found exactly what I have been looking for! That really wasn't all that hard but why I couldn't get that answer on the other thread for over a week makes no sense to me!

Anyone know if old location has been completely emptied out at this point? Again just trying to get an update as far as what is going on on the other side of the country. Thankfully so far this topic has stayed "on point"

Anyone know if old location has been completely emptied out at this point? Again just trying to get an update as far as what is going on on the other side of the country. Thankfully so far this topic has stayed "on point"

Yes, emptied out. Including the junkyard out back. As reported in post 150 the other thread.

As I said over on the other thread - THANKS for the updates. I hate where that other thread had gone and just wanted some idea what was happening on the other side of the country. Instead of getting that information all everyone wanted to do was turn things negative and talk about "old news". I am just interested in what is currently going on as far as progress at the new place and also was wondering if the old place was 100% empty at this point. You answered both of those questions for me and I thank you for that.

Appears the Massage Parlor is still beside the old building...

Appears the Massage Parlor is still beside the old building... Some of these pics are a couple weeks old, so some things may have changed. 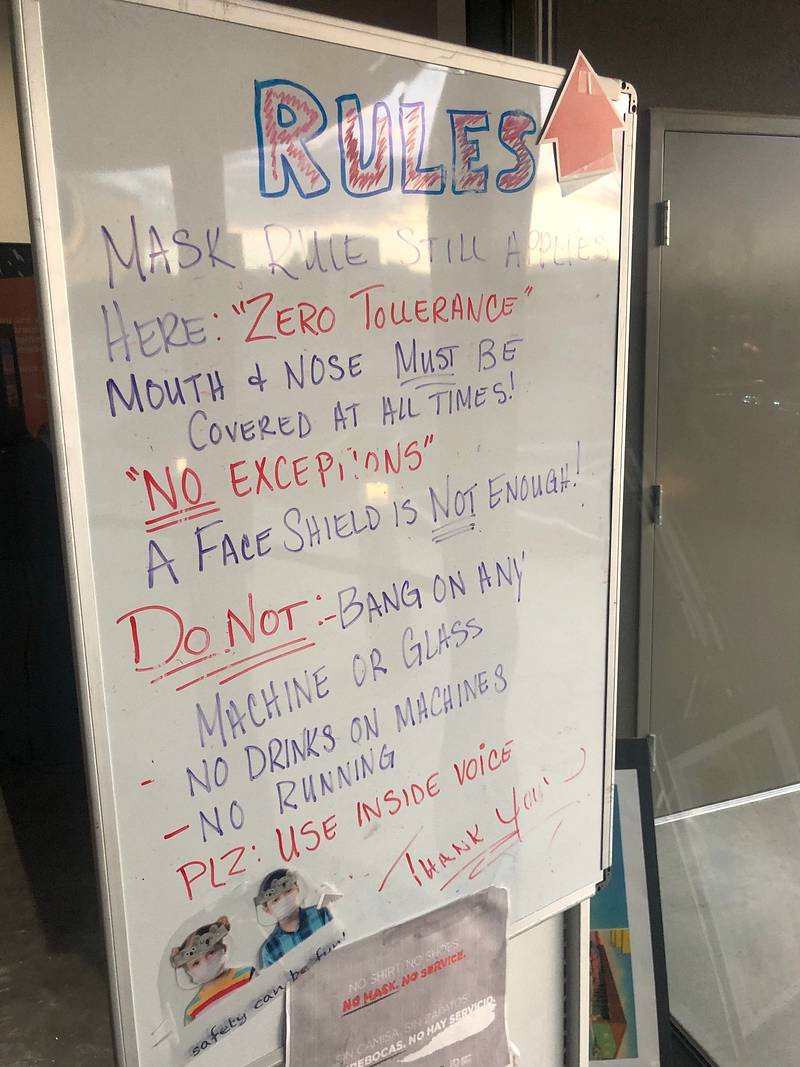 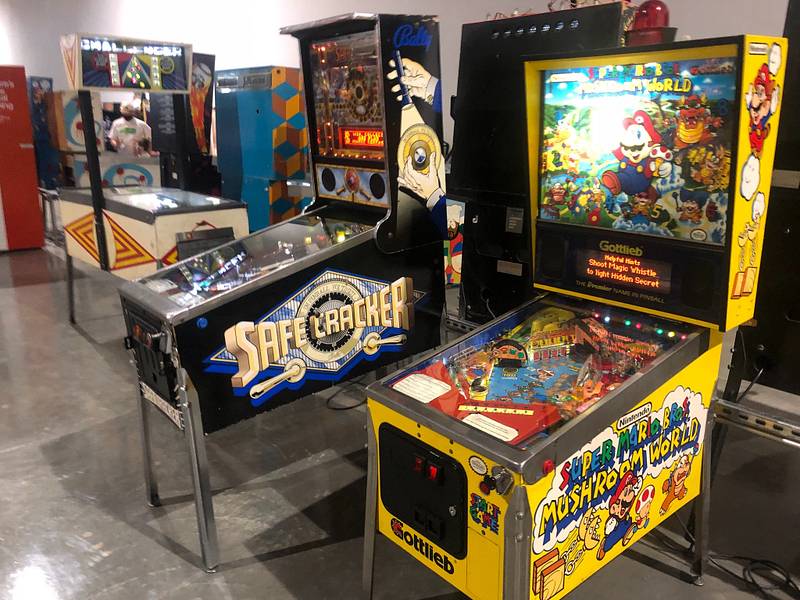 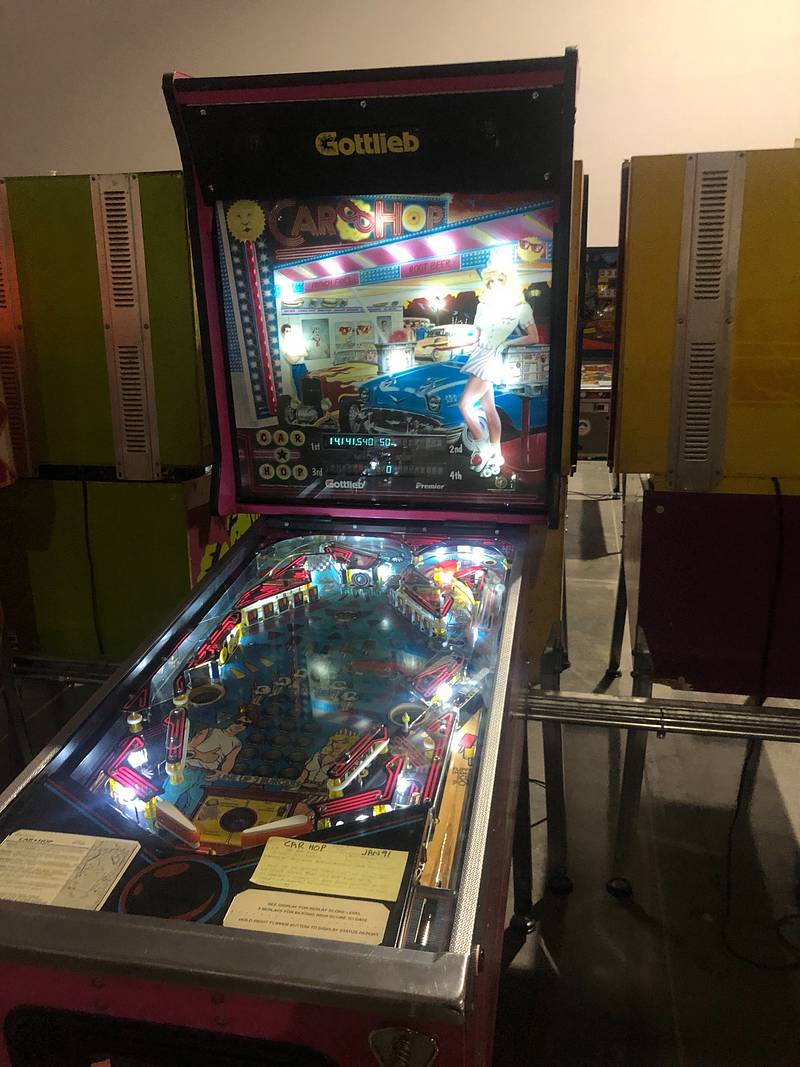 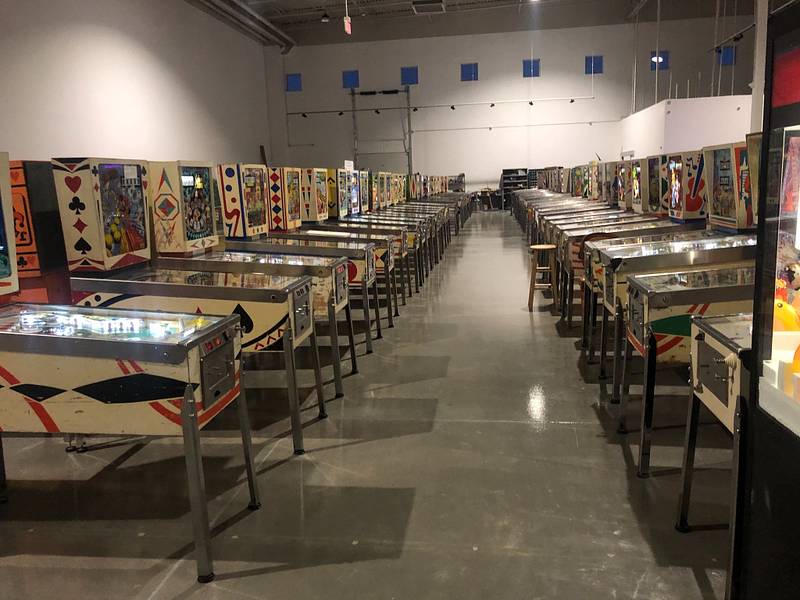 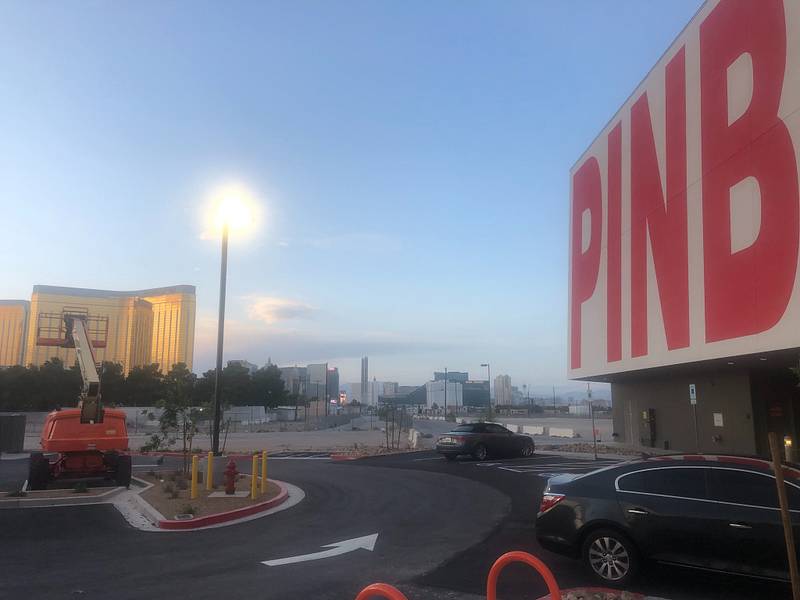 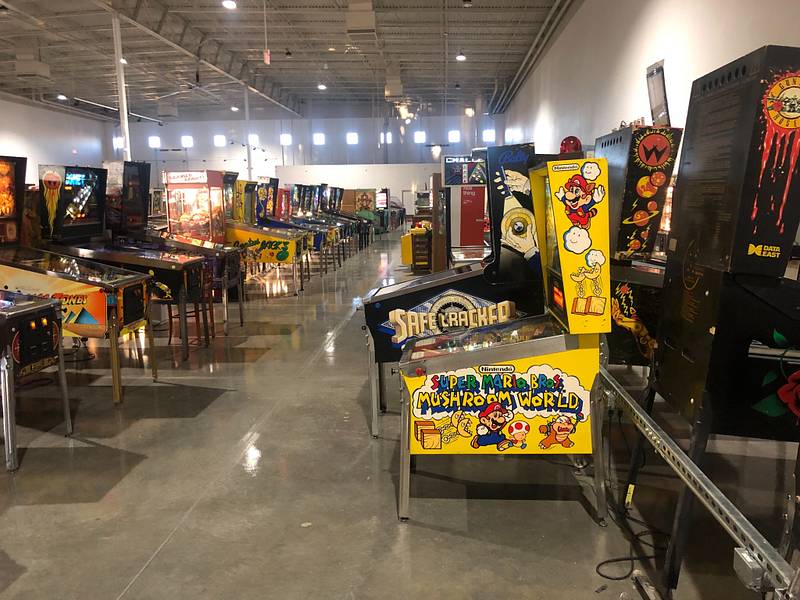 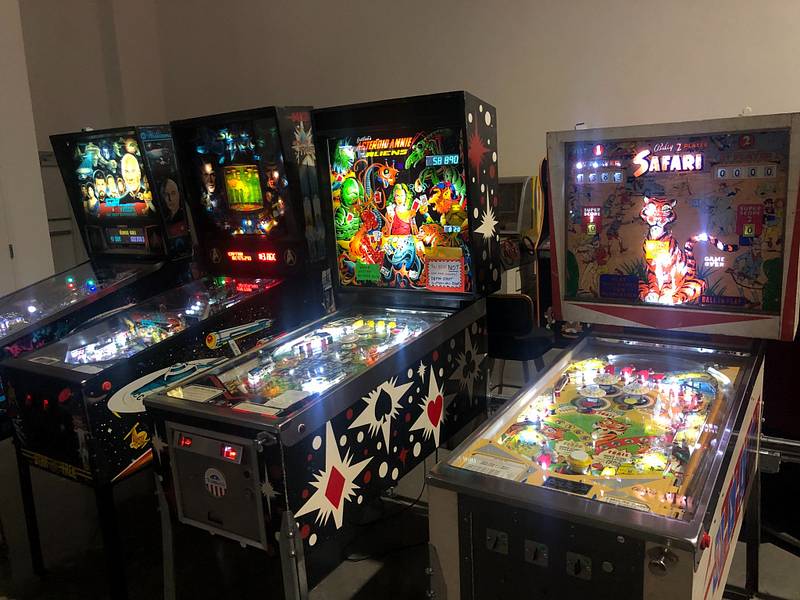 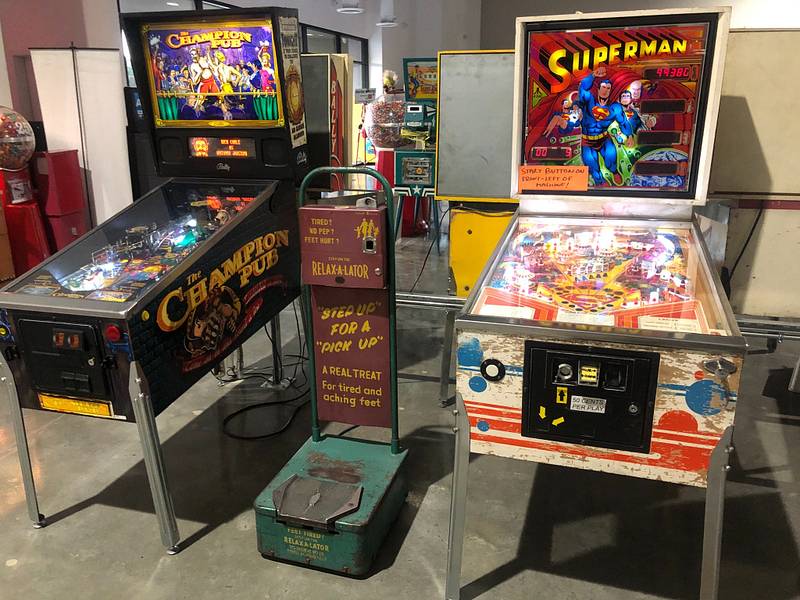 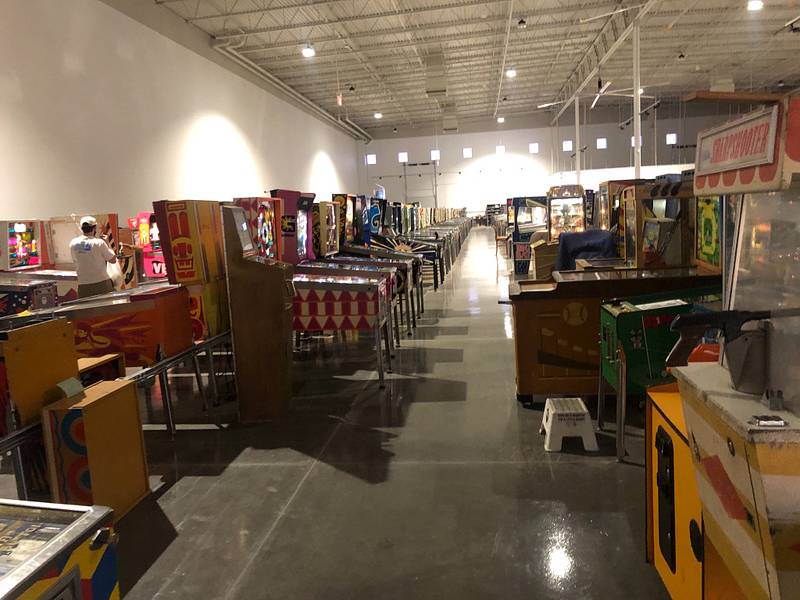 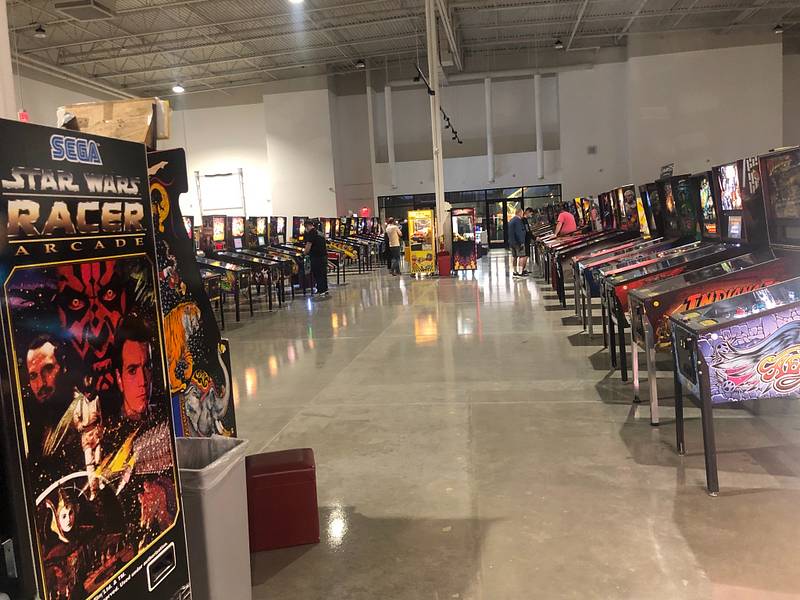 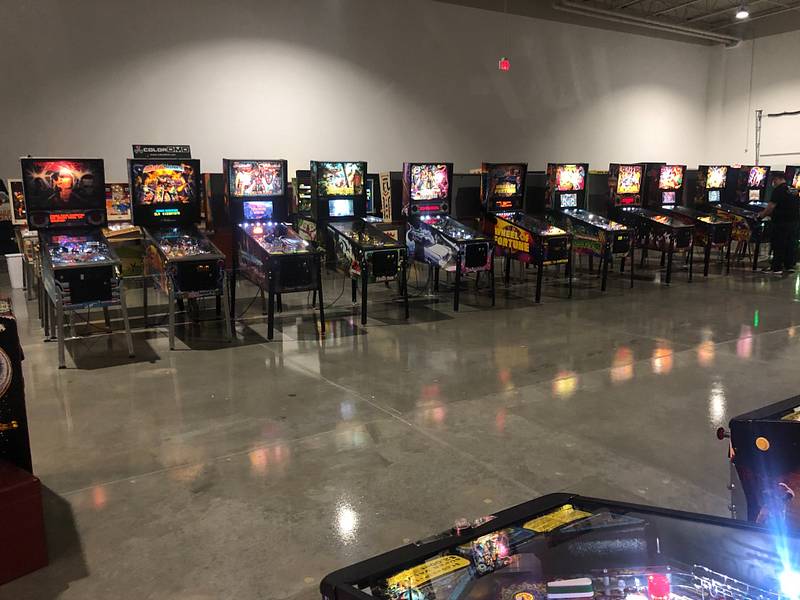 THANKS! I just love to see the pictures of the "progress" and want to keep the positive energy flowing. I know a good many people are not happy with Tim but if nothing else you have to respect him for what he has giving back to the world. With so much hate & divisiveness in the world already I don't see a need to keep pushing the negative dialog so I am hoping this thread remains positive and just focuses on updated pictures and positive news about PHoF.

I don't know how many other Pinsiders are looking for new information but I'll surely be happy for anything I can learn about the progress. I will say from your pictures the place looks FANTASTIC especially considering they are not officially even open yet and they just moved about two weeks ago. I can't wait until we get to see it in person but until then I'll enjoy any new information anyone has to share.

I am also going to start another thread in a little while for show updates & "new news" about anything pinball gathering related. We all need something positive to think about right now!