Probably easier to rank the worst.

Remember all those “laptop thrillers” he did?

Random Hearts was the worst movie I’ve ever seen. Something about it was just awful to me. I ran a theater in the late 90s through early 2000s and remember thinking I’d rather watch “Elmo in Grouchland” on repeat than to have to watch it again. That being said

It’s all about Indy for me. Raiders of the Lost Ark is his best and then the discussion can begin

Indiana Jones and Star Wars franchise probably best for me.

I also really liked The Conversation. 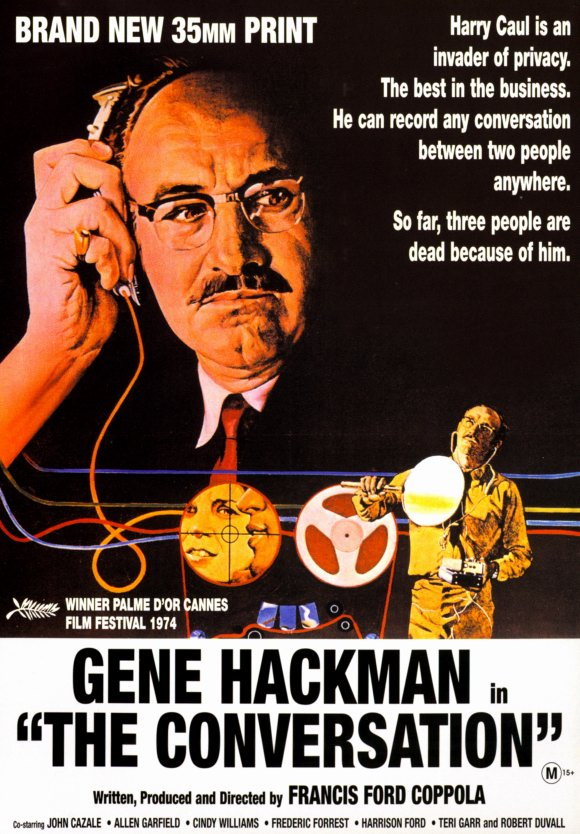 Nailed it but throw fugitive in there

I'm cheating a bit, but I'm grouping them together

Ridley Scott and the other actors should get credit for Blade Runner, not Ford. Ford's performance is meh - it's really the art direction and the support actors that make that movie.

I don't really view the Star Wars films as Harrison Ford films. He's in them. And he plays an important part in two of the three(only talking about the original.
But, I really feel like he was given a huge disservice in the third film.
Lucas was afraid he would refuse to star in it because he just really broke out in popularity thanks to the success of Raiders. So he thought about killing him off, then he thought, why not just reduce the role slightly... Turns out he didn't need to reduce the role...
But, by then it was too late the script was written. So as a result... He DOES NOTHING THE WHOLE FILM.
Think about it. He got plenty of cool stuff in the first two star wars and in the third just a lame mini fight with one storm trooper for his moment. Leia got to kill Jabba and the speeder bike sequence.
Would have been cool for Han to get something. That besides the Ewoks is the biggest let down in Jedi to me. Nothing cool for solo.

Now my list.
Raiders
Last Crusade
The Fugitive
Temple Of Doom
Blade Runner
Clear and Present Danger
Patriot Games
The Frisco Kid (I really like this movie. I think its funny. May not be for everyone, but I enjoy it.)
Air Force One(some of the effects don't stand up so well, but its still a fun film).
Hopefully the new Indiana Jones film doesn't suck... But, I don't have high hopes.