You're currently viewing posts by Pinsider Freeplay40.
Click here to go back to viewing the entire thread.

I think he is hesitant to do them because all three ramps are on one mold....possibly fearing unequal sales. If the mold was mine, I'd cut it up into the three different ramps. Thing is a monster! 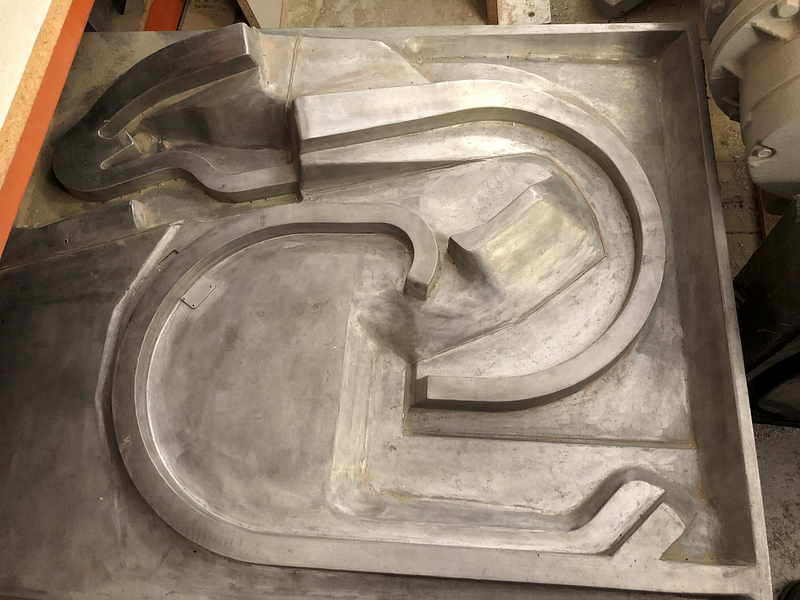 Nice job on the Road Kings!

The Genesis ramp set for me was my second ramp produced. I know I threw away over 60 forms before I got the process down. I had so may to trash, I talked my supplier into letting me dump them in his dumpster...with hopes of recycling.

And, I still smile when I see a stack of ramps I've made!

Any chance you could run some Space Shuttle ramps? Been waiting to get one for several years now...

Space Shuttle ramps are available at Starship Fantasy in black and by special request, in clear.

Jody...If you are not interested in this I have an EATPM machine at a friends house that I am waiting to get back home. I could take a look at doing this one when I get it back.

Hopefully not too off-topic - could I get some guidance on epoxy/bonding agent or whatever it's called that I can use to repair a ramp - the kicker is - something that I can pick up at Lowe's or Home Depot?
TIA!

I use this stuff a lot. Basically it is an acrylic cement, but it works just as well on many plastics, including PETG and Lexan. It's what they use to glue aquariums together. It is very thick and sets up fast....fast like you always need to put the cap back on immediately. For cracks, I try to get some in the actual crack but generally just lay bead over the crack. Sets up in about 5 minutes and fully cures in less than 24 hours. It is very thick....like thick maple syrup.

Doubt you will find it at Lowes or Home Depot, but you might find it a a hobby store.

What temperature is the water when they are dyed.? I recall that the water must be 155 degrees. Maybe I am wrong.

Jody is correct...PETG will deform at 140 Degrees. I stay on the safe side and dye at 125 degrees, generally for several hours at a time...like overnight. If the color is not as deep as I want, I rinse them completely in cold water and warm up the bath again. Some colors work faster than others... Blue and red are quicker than say yellow.

I found out the big Hurricane ramp will fit my machine, and I am confident ill be able to make it successfully..so if I can find a donor this summer, I'll add that to the near term list. I know there is a ton of interest on that one.

Just had another request for the Hurricane ramps today....pointed him in your direction!

Any updates if the three way ramp for who dunnit is on the list to be remade?

I would LOVE one of these ramps. Apparently they are a pain to mold. But from what I hear every W?D owner needs a new one.

There are a few issues with reproducing this piece. Clearly these ramps have taken a beating, in spite of the original design being pretty beefy. This piece is not a vacuum formed piece, but an injection molded piece. Even if a vacuum formed alternative was tried, it would have to be made out of at least .187" plastic which when formed would still not be as thick and reinforced as the original at the top of the ramp. Mounting would also have to be redesigned. All that coupled with under 3,000 units made. This is one of those that we all hope the original injection mold could be found.

I've had one of these on loan for several years and every once in a while took it out and scratched my head....I returned it to the donor a couple weeks ago.

I know that Jody has also given this consideration and who knows....never say never.

I was wondering how hard it would be to reproduce a PinBot topper? I have no experience, but from a 1000 foot view, it seems like it would be a lot less complex than making ramps but uses the same general techniques? I would love to get one if this ever became a reality!

I know that Larry at Starship Fantasy recently was attempting to make these but have not heard anything lately. Maybe he can chime in if he sees this.

You're currently viewing posts by Pinsider Freeplay40.
Click here to go back to viewing the entire thread.