I see lots of people recommending themes to be made or remade. I think a RUSH (the band) pinball machine would sell well and am recommending it to manufacturers to be made.

All three members are still alive.
All three have done well at keeping a good relationship with themselves and their fans.
They have a large worldwide fan base that spans from the 70's until today with parents taking their children to shows.
Their song collection is plenty large enough to find great songs or sounds.
They have a lot of artwork that could be used on the play field, cabinet and for mechanical toys.
They could include HD videos of their concerts / music videos as they already exist.
Call outs could be made by the band members themselves, if they should chose too.

I did search this topic and found the posts with homemade versions. Now we just need a licensed version!

I say, contact the band now while they are still alive and work out a deal!

As long as there's a jump ramp to a gong I'm in!

hell yeah as well, and i second what

Yelobird said. 2112 theme all the way! btw im a huge fan.. saw every concert ( many multiple times) from moving pictures on up..

Rush, no. ZZ Top, yes. Same deal, all three original members still alive (and get along), great music, lot's of song choices. Toy choices could be cars, guitars and Texas.

Sorry to derail the thread... Now back to your regularly scheduled postings.

Sad truth is Neil Peart cannot tour anymore - playing/travel too much on his back, and the band has been "retired" since 2016.
Only active bands still out there playing will likely get pins made for them, but it would be nice!

HELL YES. Although I have to say I’m already surprised at the number of yes’s. Kinda figured this would have less appeal than say.. AC/DC

I’m pretty sure every sale would have to come with a bottle of Maple Syrup.

Presto, Roll the bones. I’m in.

Dream theme. Would Definitely be in!

Put me on the list for a Rush LE. Great band ( especially for a 3 man band) with several top hits.
Also, I love music pins. Nothing like some classic rock while playing a pinball.

Canada's best gift to the world.

Canada's best gift to the world.

And the Tragically Hip.

Ok 2 great things from Canada. Rush and Bob and Doug McKenzie. All in one magical fun moment. Imagine plunging the ball with Geddy Lee singing “take off, to the great white north!” Lol

Would be in on a LE.

The Rush theme would be an epic title that would transcend the commercially familiar rock band pin. The Rush name itself is synonymous with the most intricate yet most captivating & recognized music that goes beyond the common-time limits. The progressive patterns w/ time signature change are incredibly complex, but holds true to the sensation that defines the band.

To produce & trademark a Rush pin would be a genius marketing strategy that would easily sell & recruit new pinball enthusiast from the devoted masses of Rush fans. The Rush faithful would at first go insane, then inform the devoted fan base, as they would break out their wallets no matter what the cost! The Rush title alone would be incredibly epic & tremendously profitable!

Though I've seen Rush many times, here is my wife & I standing next to greatness...

Can you imagine a "La Villa Strangiato" wizard mode? WOW!!! 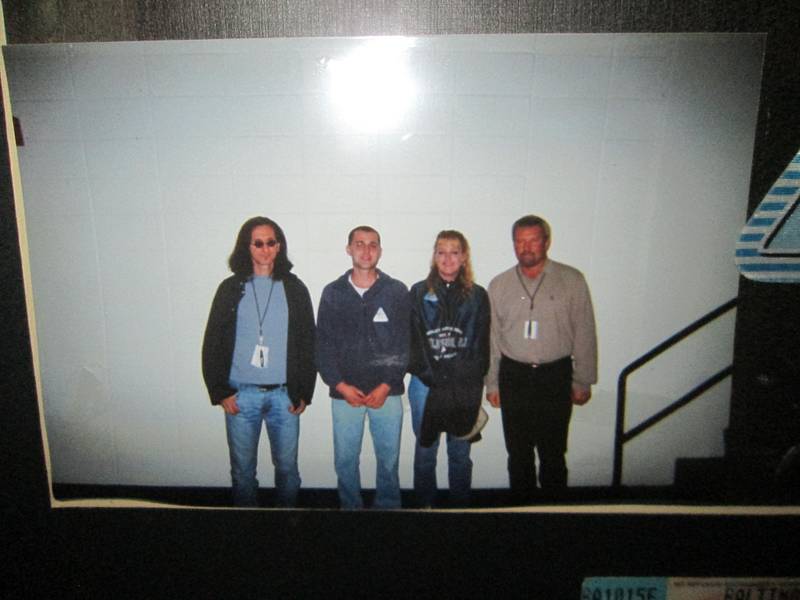 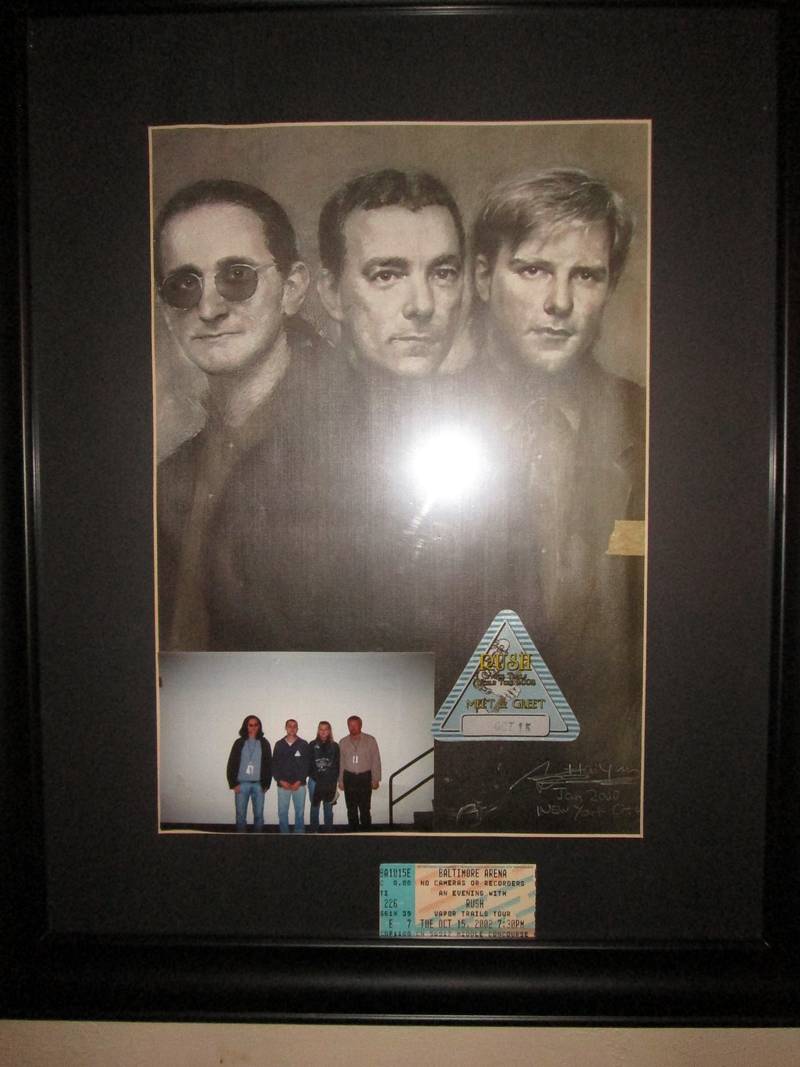 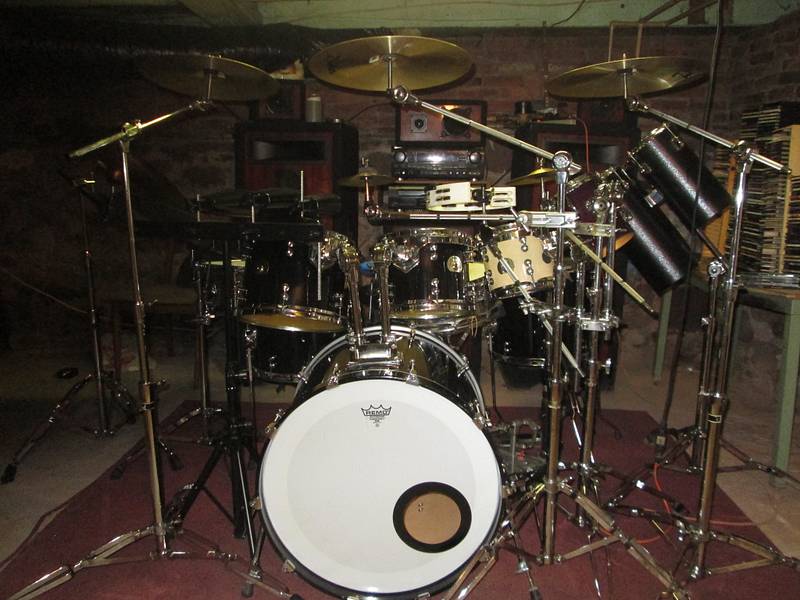 heard just the other day that sadly neil pert isn't even playing drums any longer. has some hand issues. but RUSH would be a dream theme for me, as would a pink Floyd.

Any game with Tom Sawyer playing in it would be hard for me to resist, love lots of their other music, but that's the one that does it for me!!

heard just the other day that sadly neil pert isn't even playing drums any longer. has some hand issues. but RUSH would be a dream theme for me, as would a pink Floyd.

He really hasn't - that last tour was apparently agonizing for him, between tendonitis and some sort of foot infection. His daughter is 8 (I think?) now.. and after what happened to him with his first daughter and wife dying in the late 90s... every song we got after that was a gift

Queen would be great. I would put it next to my Rush pin.

HUGE Queen fan here - but IMO Rush has better opportunity for a good game, with all the characters and jokes and themes they've come up with over the years. Clockwork Angels could be a game on it own! But 2112... Hemispheres... Moving Pictures...

Stern, if you are following the only reason why we hear crickets right now is because the Pinside horde is completely overwhelmed at the possibility of a Rush pin. Please be patient until they recuperate...

Never mind. Right now they are all too busy listening to Rush! 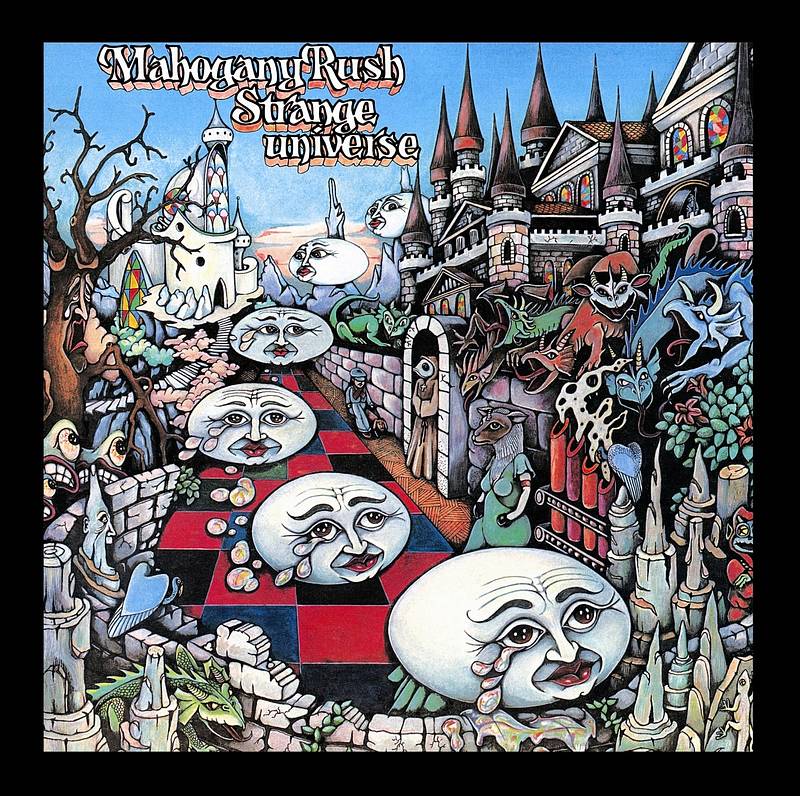 Have no money right now for any pin, but would find a way for Rush... Material for 2112

If someone did, they would be wise to focus on 2112 or Moving Pictures. Keith Elwin actually tried to get away with putting some Rush in Archer.

This is probably the only game I would buy NIB LE sight unseen.

Needs to be a Power Windows only theme!

Have you seen the Rush orchestration I did for Dr Who? Check out the highlight video I did.

You can add Rush music to most games with a Pinsound card. Not a Rush specific pinball, but at least you can enjoy their music while you play.

And the dragon, and the (stay with me) Thunderbirds bobble heads.. and the Power Windows kid, and The King, and the Test for Echo totem, and, and , and...

Maybe we’ll skip the dude from Hemispheres though

Yeah, I'm not into naked men so we'll go w/ the female puppet on Permanent Waves.

I haven't listened to this band in like 40 years, but I guess it would sell.

Stopped liking them when that Tom Sawyer crap came out. But anything before that was classic.

Hard to find a live recording, but this was the first time I saw them. Small place with some pretty hard wooden benches to sit on.

Tom Sawyer crap? So you're one of those guys...hahaha.

Tom Sawyer crap? So you're one of those guys...hahaha.

Yep. I got in when 2112 came out and made it thru their robed faze and sat second row center at the LA Forum on the Permanent Waves tour. Another great album. Alex Lifeson took out my left ear when he hit one of those high notes.

Music was changing though, and so was I.

Hahaha. Don't disagree with you about those albums. But Alex doesn't sing.

It was a high note from his guitar that sent my ear ringing.

Forum is a huge place, and on the day tickets went on sale, we were randomly given #9 priority wristband to buy tickets. Instead of front row off to the side, we chose second row right in the middle.

we were randomly given #9 priority wristband to buy tickets.

It's funny, as they had us all sitting in the parking lot as they went around and told people to put their hand on their head and they would slap a wristband on.

When it first started the dude walked right at me, so I put my hand on my head a little prematurely, so he skipped me and went right to my buddy sitting next to me. He got #9, but we got the tickets.

I prefer the days when you camped out at the box office, and your spot in line was your spot regardless.

Or you stood in line at Licorice Pizza.

Or you stood in line at Licorice Pizza.

Haha! lol. Or Ticketron at Sears.

When I went to get GnR tickets in the basement of May Company at Ticketmaster for their first show back in LA after the release of AFD in 1987, there was a long line getting Michael Jackson tickets or something like that.

When I got to the front of the line, the lady said we don't have any listing on Guns and Roses. I had to think fast as the line was long behind me, so I said