Back in October last year, when I had the opportunity to visit the Stern Pinball factory and meet the cool likes of Steve Ritchie, John Borg, George Gomez, Lyman Sheats, Lonnie Ropp and many more, I bumped into someone I did not expect. None other than Barenaked Ladies frontman Ed Robertson, who was there to pick up a brand new pinball machine.

"Huh?", I thought, "Ed Robertson plays pinball?" You bet! It turns out he does not only occasionally like a game of pinball but apparently has a pretty cool basement gameroom and is heavily absorbed in collecting, repairing, modding and of course playing pinball!

Well it just so happens that Pinside was built with quite a lot of Barenaked tunes playing in the background so I was naturally pleased to meet Ed and even more so to learn that he's actually a very active Pinside forum member! Cool!

A couple of months ago, Ed sent me a PM that the new Barenaked Ladies album was going to be pinball-themed, titled "Silverball" and that he wanted to give Pinside an exclusive sneak preview, as a thank you to the Pinside community for all the tech help, info and general pinball goodness provided. 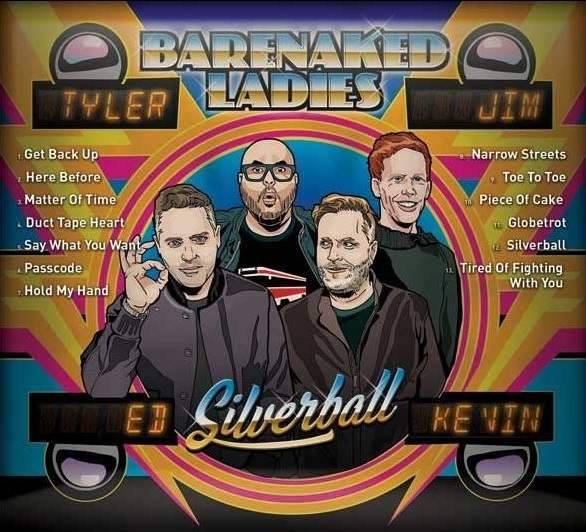 The artwork is all pinball inspired, can you spot which game this back cover art was inspired by? 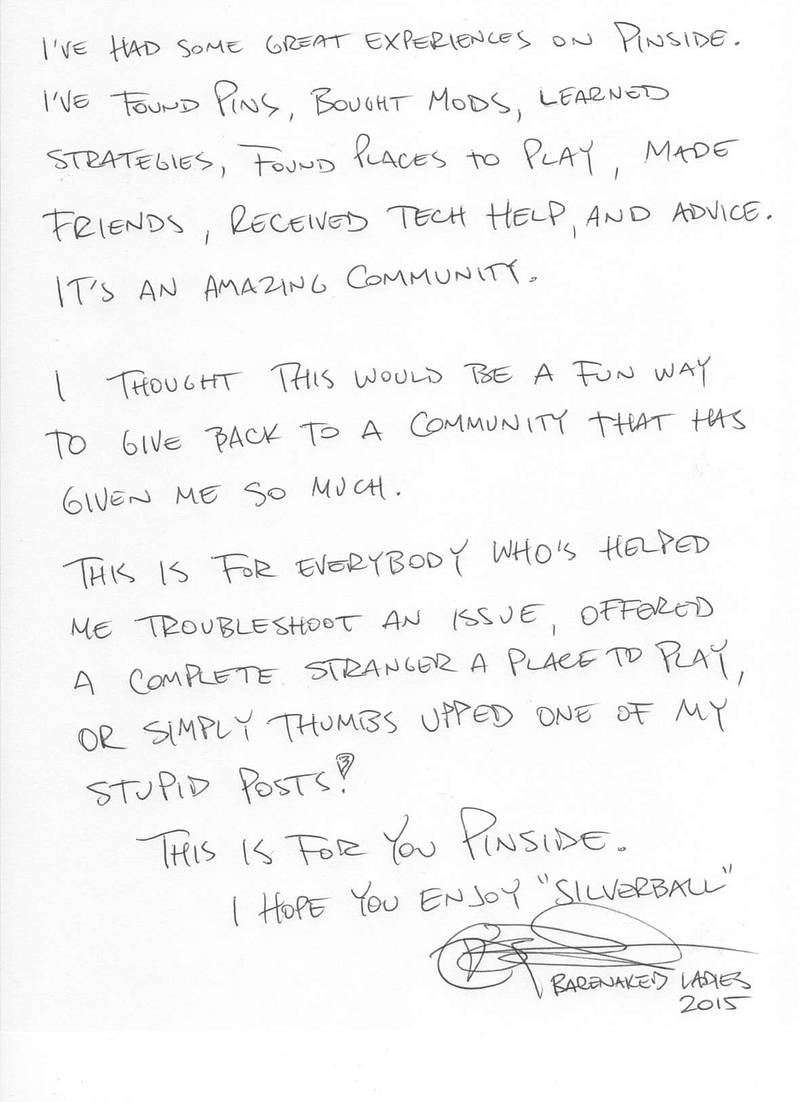 The band have recorded this special video for Pinside, it's also the premiere of their track "Silverball": a Pinside exclusive! Check it out!

If you like this song, “Silverball” by Barenaked Ladies, it will be available as an instant grat download on May 5th when you pre-order the album at itunes: http://smarturl.it/BNLSilverball. Full album to be released June 2, 2015 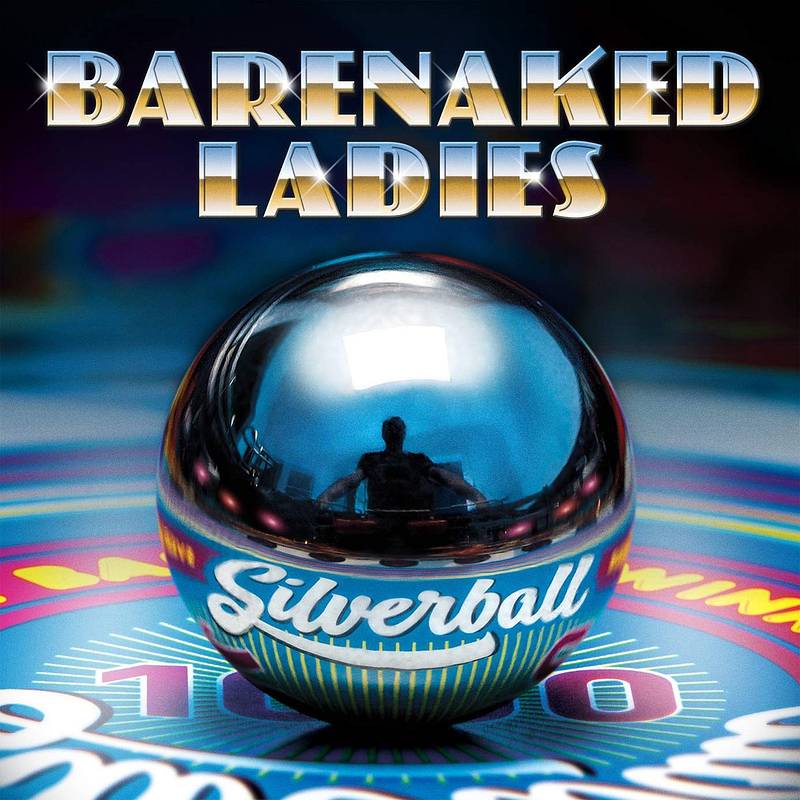 Consider the album bought, and it's probably been a decade since I've bought a complete album.

Wow this is amazing! How cool is it to see how many people this site has given to Robin? Great work. Great community. If credit is to be given to helping pinball being revived, I believe pinside and it's community is at the forefront. It really is a well laid out and great to use site. Thanks!

Great new song! Thanks for sharing with us.

Thanks Ed and Robin!

Very Cool indeed. Have played many a games of ball to Ed and the crew. Thanks for this. Cheers and good luck with the release Ed

I played the snot outta this album when it first came out... One of the best live albums !!! 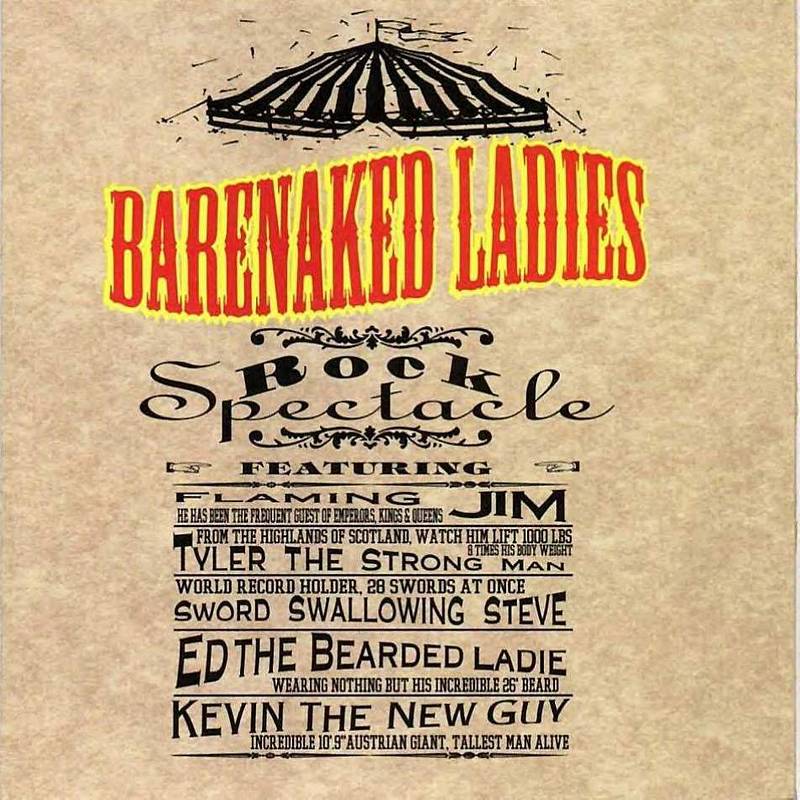 Wish I can get them to play at my house !

Loved It. BNL has some awesome tunes and that is one heck of a nice collection in the video. I'd love to have a collection like that some day. If I had a Million Dollars...

Always loved the music they made! Thanks

Words cannot describe how f'ing cool this is.

There and back again..

Great album cover, enjoyed the song too. Thanks Ed and the band

Looks like someone is a fan of Jungle Princess, very cool concept/song/video!

Heading out to see them in concert this summer. Very excited, and this is super-cool!

Cool video...I really like that song! I got to hang out a bit and talk pinball with Ed last year in Texas and he's a really nice guy. That's a sweet game room too.

Ive met Ed and must say he is a fantastic guy, huge pinhead, local, and just funny as hell to be around.

His collection is awesome, and it was a great night out.

Wishing BNL all the success on their new tour and album. Hoping to make the show when they come through the hometown again!

Big thumbs up to them!

Rad!
Hey ED!
If you read this or someone that knows ya can ask ya if I can do an interview with ya
about Pinball before the BNL show in St Augustine on July 11th that'd be rad!
I'm always up for doing great interviews for my 904 Pinball Zine channel!
www.youtube.com/user/904PinballZine
Thanks
Cody

Rad!
Hey ED!
If you read this or someone that knows ya can ask ya if I can do an interview with ya
about Pinball before the BNL show in St Augustine on July 11th that'd be rad!
I'm always up for doing great interviews for my 904 Pinball Zine channel!
http://www.youtube.com/user/904PinballZine
Thanks
Cody

I sent him a message for you.

Thanks for posting that Robin, that is waaaaay cool. I wish they would have put more pinball playing shots in there like the ball in the pops going crazy or something but who knows what royalties they had to pay (if any) they had to pay for what they used. Looks like Ed has a great collection to. If Ed and the gang reads this good job and much luck with the new cd. If you ever play here I'll gladly bring a pin and play it on stage while you play.

I've been a fan since I first heard them. Great songwriting, singing, musical chops.... All around perfection as a pop group. And pinball, too? So awesome.

After the desert of Skit B and JPoop threads this special, dedicated gift to Pinside is like an oasis of cool waters and a soft breeze.

I've been to Ed's house. Genuinely, super nice guy, none of the pretentiousness that some would expect from someone famous. I've only been once.....but hope to visit again sometime!

I sent him a message for you.

Thank you so very very much!

It's about time someone put out new pinball song. Pinball wizard is about as fresh as a fog hat concert. Thanks Ed

Very Cool! Nice thing to do for the community and I dig the song. I really hope "Silverball" is a smash hit and replaces "Pinball Wizard" as the quintessential pinball anthem.-One can dream right

Ed is a friend of mine and has been visiting my place every time he comes to Phoenix for some time now. He is a super nice guy and a really good pinball player. He 'texted' me yesterday from France and let me know ahead of time that this would be announced this morning. I was very privileged to receive a copy of the Silverball Song in a .wav format 2 months ago before the final editing was done. Ed really is a pinhead and is one of us. If you ever get a chance to meet him you will be pleasantly surprised at just how nice of a guy he really is! Ed: Can't wait for you to come over again and play my new games....

Please, please, PLEASE, can this be the new anthem of pinball? Pinball Wizard has run it's course.

EDIT: Seems like I have some like-minded Pinsiders who type faster than I do.

It's about time someone put out new pinball song. Pinball wizard is about as fresh as a fog hat concert. Thanks Ed

Probably blasphemy, but I can't stand the "Pinball Wizard" song.

Every time a non pinhead comes over to my house....they reference the song as a joke. Every...single...time. I nod and chuckle, but die a little inside every time.

So....I'm on the Silverball hype train.

Probably blasphemy, but I can't stand the "Pinball Wizard" song.
Every time a non pinhead comes over to my house....they reference the song as a joke. Every...single...time. I nod and chuckle, but die a little inside every time.
Also..."plays by sense of smell??" I can't get past that line. It's just not possible. Even Daredevil can't play by sense of smell, and he's got super-human senses.
So....I'm on the Silverball hype train.
Pete

It's a reference to the Tommy movie that the song comes from. The main protagonist is "Deaf, Dumb, and Blind", so it just an exaggeration of how he'd play pinball.

Probably blasphemy, but I can't stand the "Pinball Wizard" song.
Every time a non pinhead comes over to my house....they reference the song as a joke. Every...single...time. I nod and chuckle, but die a little inside every time.
Also..."plays by sense of smell??" I can't get past that line. It's just not possible. Even Daredevil can't play by sense of smell, and he's got super-human senses.
So....I'm on the Silverball hype train.
Pete

I know what your saying. If I had a dollar for every time someone called that i would be retired. They think it's the pinball players national anthem.

Silverball is obviously a song about pinball to us but I would bet most non-pinheads would interpret it as some kind of breakup song.

Thanks to BNL for doing this! And for the joy your music has brought to me, I can't thank you enough. Please never stop making music!

Love this. Fantastic band. Fantastic songs. And now they've got one about pinball. Forget May the Fourth.... you've just been trumped by this song's release on May the Fifth!

And Ed is not only a great musician, singer, songwriter... he's also a cool down-to-earth guy. My wife and I had the pleasure of meeting him at TPF a couple years ago.

This will answer a lot of questions.

Also to you mattster...