There is a lot of details in that IFPA post though, so don't quite blame it on 4/1 just yet. Also, a few years ago on 4/1 is when Josh and the IFPA announced the $1 fee per player...

I don’t think the Sharpes would pull an April Fools like this.
In light of all that has gone on, it would be classless and not go over well in the pinball world, and the brothers Sharpe are generally better than that.

Hope I am right- because we need the return of the big competitions held at the "All Pinball Generations" locations.

They better not be fooling with us or else i'm gonna be pissed. I miss pinball tournaments so much.

I believe it's true, but I'm going to wait until tomorrow to celebrate this great idea.

Running on the idea that this is legit, I think it'd be a great idea to branch out beyond 5 locations. There are probably quite a few reputable locations in each state, so I think it'd be awesome to have maybe 100-200 sending locations instead of just 5, and a percentage of each of those location's participants can qualify (min 10 entries per location or something, or based on the number of top 2000 IFPA players that register to play, etc).

I'm just spit-balling, but I'm looking for an idea that would be less stress on just a handful of locations and less travel for everyone, and allow for more people to enter. As it is now, if you live in Nebraska, Idaho, Oklahoma, Missouri, Texas, etc... you might need to catch a plane to even qualify. I'm fortunate that I'm only a few hours away from one of these locations, but I'm aware that others aren't so lucky.

However, I love this current idea and I applaud those who stepped up to make this happen... if it's true... which I believe it is...

Whoever operates these 5 locations should be able to shed some light on this great mystery.

“Working with our partners over at PAPA, the finals will be held at the Pittsburgh Pinball Dojo, 2 N Balph Ave, Bellevue, PA 15202.”

Just an observation, judging from the size, parking and hotel accommodations this just doesn’t look like the site of a world class finals. 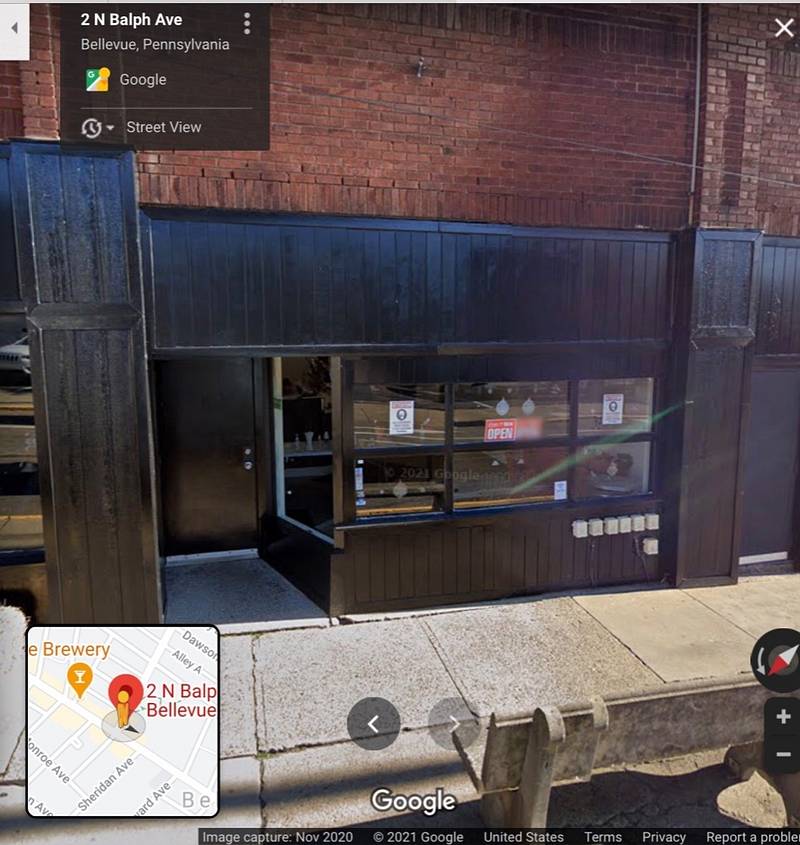 Just an observation, judging from the size, parking and hotel accommodations this just doesn’t look like the site of a world class finals.

Would be a complete disaster.

Great idea for a national tourney, but bad day to announce it. The Covid stuff is a bit off as well.

But real or not, this is 100% not a replacement for the Pinburgh experience of 1000+ people playing in a convention center over the course of 3 days.

“Working with our partners over at PAPA, the finals will be held at the Pittsburgh Pinball Dojo, 2 N Balph Ave, Bellevue, PA 15202.”
Just an observation, judging from the size, parking and hotel accommodations this just doesn’t look like the site of a world class finals.
[quoted image] 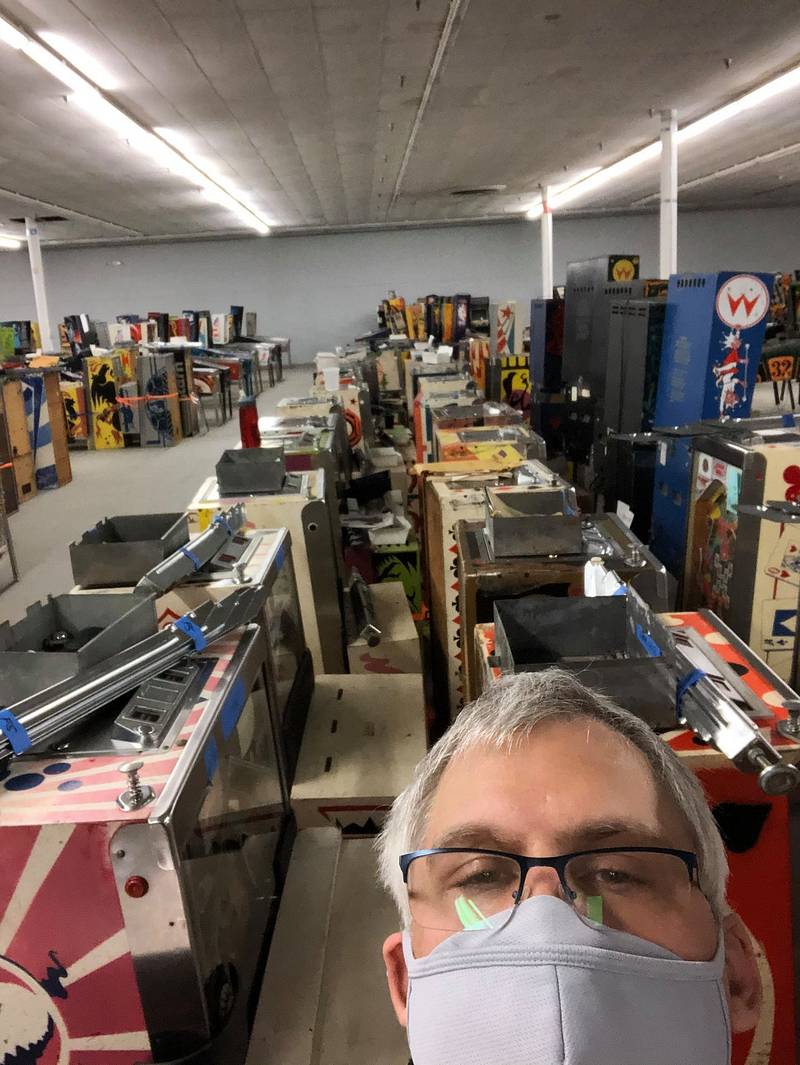 Great idea for a national tourney, but bad day to announce it.

I see someone isn't familiar with Josh's oeuvre. 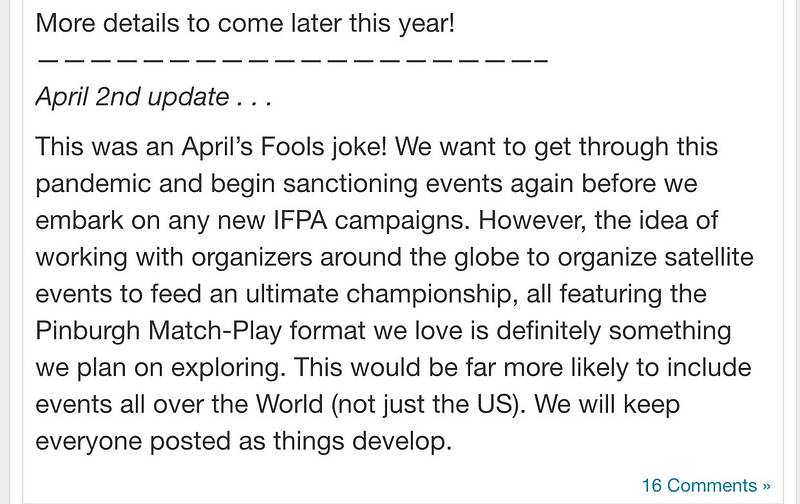 Extremely dumb thing to do.
Not funny in any way whatsoever.

We are on board he can start with this one, and this ain’t no April Fools joke lol

I hate reading anything on April 1st. Dumb fucking "jokes" and fake headlines. So lame.