We donated our first WOZ game yesterday to St. Christopher's Hospital for Children yesterday. We had a few Philly pinball friends come out to visit and assist - Jim Gunning, Bill Disney, Ettore Dragone, and Frank Gigliotti. Many thanks to those great people who took their time out during a work day to spend it with us and the kids.

We arrived, set the game up in one of their play rooms... They have a cool set up - arts / crafts, board games, a movie / media room for movies and video game playing, a kitchen, etc... A great place for the kids that can leave their rooms to go during the day to socialize and pass time. We passed out some WOZ books and WOZ dvds to those that were there.

We had a few kids brave enough to come up and play right out of the box. We spoke to their parents, explained the game of pinball and the WOZ game to them and it was amazing how quickly they caught on what to do. I even saw some ball traps going on and a drop catch once !

The funniest thing is some of the kids there doing crafts, were shy, and stayed there in that area the whole time... but when we left we peeked in from the hallway and one little girl made her way over to the WOZ to see what it was about now that the grownups were gone. That was a nice thing to see knowing the game will serve it's purpose there.

I also did have a preliminary discussion with the staff there about maybe (if needed) getting their OT and PT departments to see about 'adapting' the game to make it accessible for those in wheelchairs. Maybe a ramp, modified flipper buttons, etc... They are going to discuss with that department. Usually these departments do a great job of adapting toys so I thought it might be appropriate with the pinball given the need to stand.

Thank Yous :
The Child Life Services Dept at St. Chris's for their cooperation - all those folks in the purple scrubs are there to make the kids stay there pleasant, nothing else.
My PinballSTAR customers who's game purchases over time helped make the donation possible - we donate a portion of each purchase to the charity fund.
Those that have bought WOZ flyers / posters / tshirts on ebay that we donate all the proceeds to the charity fund.
Jersey Jack Guarnieri who has repeatedly donated tournament prizes to me to run tournaments at Allentown Pinfest, York, Chicago Expo, PAPA. Jack also sold us this game at cost.
Josh Sharpe at IPFA who allows us to run WPPR point tournaments with all the proceeds going to the charity.
Kevin and Mark at the PAPA facility in Pittsburgh for allowing us to run a big weekend long tournament at PAPA in August where we raised $ 2,000 just there.
Anyone else who has just sent paypal donations.

We are well on our way to donating game number 2... Stay tuned...

I would also like to mention two other organizations in the Pinball hobby are doing similar great things for charity and children - we aren't the only ones and I wanted to share their info if you are interested in assisting them...

Nicole Anne Reik - www.pinballoutreach.org (SF area, CA)
Mission Statement: To improve the lives of children by sharing the history and excitement of the game of pinball.
We do this by:
•Bringing the game of pinball directly to children in hospitals, schools and community centers.
•Spreading awareness of our mission by hosting fundraisers and tournaments.

Bob Reed - www.Pinballproject.org (South Florida)
Posted on our Facebook page that they also get pinballs into children's hospitals 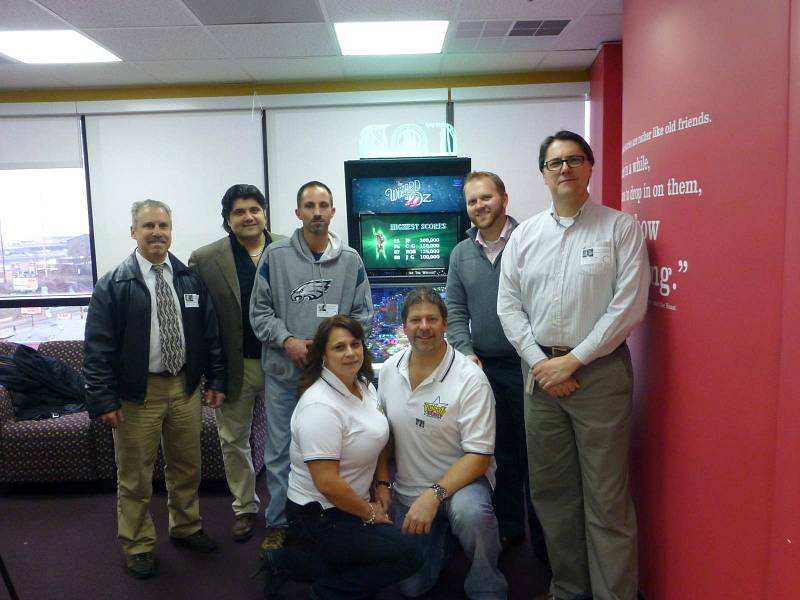 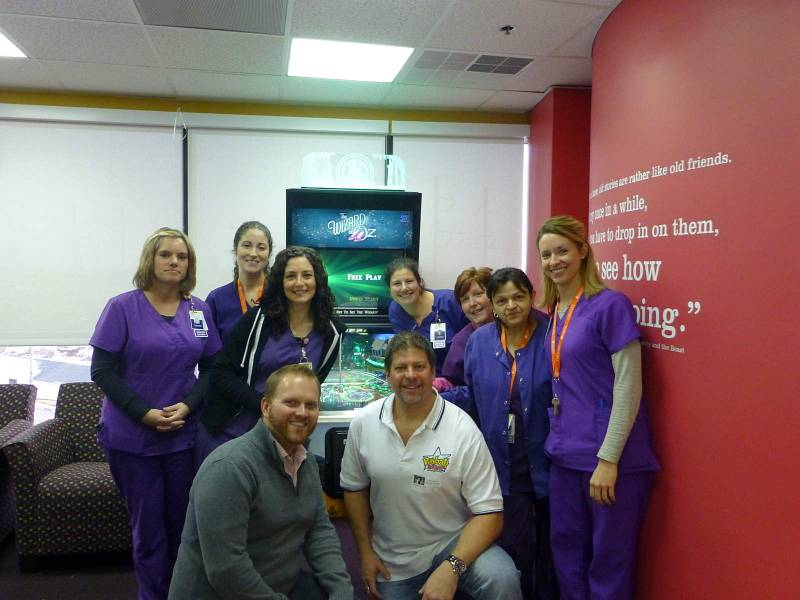 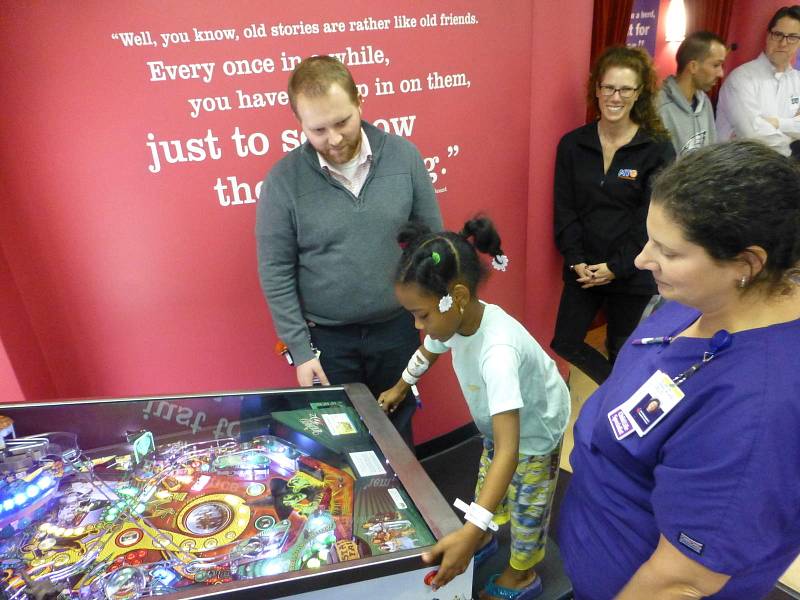 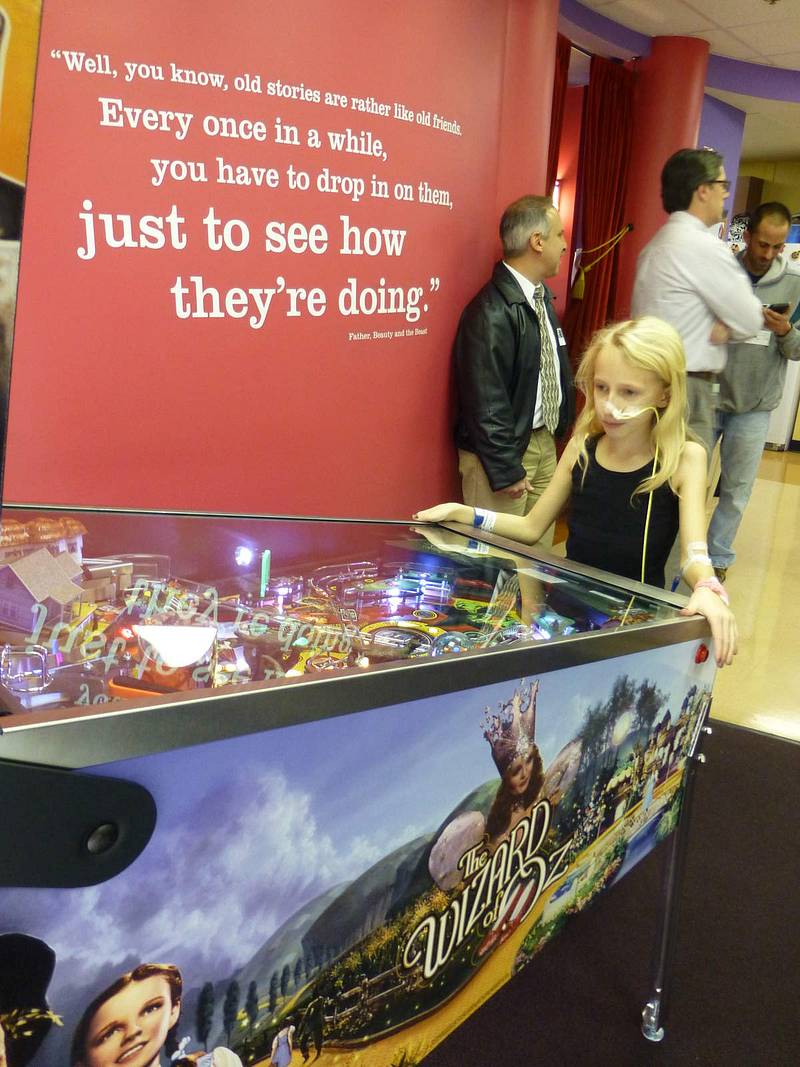 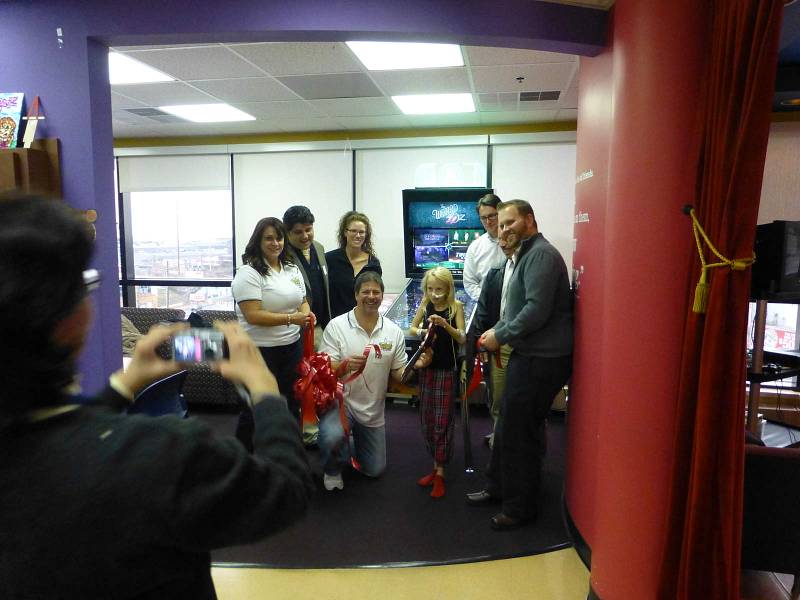 Very cool! Thanks for sharing!

Excellent ... well done Joe and everyone at Pinball Star

Very nice of you and all the others involved. It will make a lot of hard times just a little better for the kids.

Wonderful. Thanks for doing this.

Awesome. This hits close to the heart as my sister-in-law will be giving birth sometime over the next few days to a baby who will require open heart surgery within 24 hours. The stay alone after surgery is going to be 6-8 weeks.

We toured the PICU at UM CS Mott Children's Hospital last week and while it is an incredible facility, it is a very scary place to be for patients and parents.

Your donation is going to go along way to help family's who's lives have been put on hold, trust me.

That's pretty damn cool, Joe. And who better to donate to.

Great job doing this! It WILL make a difference in someone's life.

Awesome Gesture. Hard to beat it.

Wonderful work! Many thanks.

Thanks for sharing and congrats. Had to feel great!

Great work all of you! Thank you for doing this

Absolutely fantastic! Wonderful gesture. Many thanks.

As a family member who had to stay at a hospital over the holidays with children. I can say that your donation and many others like it make the time spent much more bearable.

All children's hostipals should have pinball, someday, someday.

Way to help those kids. Thumbs up providing pics too.

oh man... this is really cool of you.. I know I gave at A TOWN..and lets face it...most of the time you contribute to these sort of things...you never see the end result...but its great to see this come together like this!!!.. I applaud you sir..

God Bless you Fellas! What a beautiful thing to do around this special time of year!

That is fantastic! What a great thing to be a part of :0)

I followed up to ensure everything is a-ok with the game and asked how it was going... I got a great response below from the hospital staff.. It looks like we are also going to build some budding pinball enthusiasts along the way - lol !

Very happy... and thank you for all the kind comments. This was really something done by many facets of the pinball hobby - show promotors, tournament players, tournament organizers, customers, JJP, etc... all over the last year. JoeRaptor - your comment was especially meaningful to me for this reason - I'm glad you feel your participation in a tournament or making a donation was worth it. I appreciate the trust you gave us. I took some lumps along the way from some people about advertising this project etc... and it's nice to see the positive reaction both at the hospital and from my friends here on pinside now that we got the first one done.

We will be doing more... stay tuned. Another in the works as we speak... and we will try to spread these around the country as well. If you have a children's hospital that is dear to you for any reason please feel free to drop me a note and we can consider it as time goes on.

Anyone that would like to donate to the cause please do so via paypal to [email protected].

This donation is a huge gift to St. Chris and is something that will provide a lot of fun to the patients and families here for many years to come! Pinball is a classic game that engages kids and adults of all ages, and we have no doubt this machine is going to see a lot of use. This particular machine is state-of-the art and the Wizard of Oz theme is stunning and fun! Joe and the team at Pinball Star obviously put a lot of time and effort in selecting the right game for the hospital.

We are very fortunate to have many supporters in the area that provide toys and other things for the kids, but having something of this size and type donated is a rarity.

The machine has been hugely popular with the kids! Today, there has been a line of kids waiting to play it and the adults in the hospital get equally excited to see it.

One of the best things we’ve seen so far is that a crowd of kids can gather around the machine to give each other tips and cheer one another on. We’ve seen a few kids who have played the game a few times already try and help a newer player learn how to use the game. It’s the types of interactions a game like this enables that really make this type of a donation very special and meaningful!

You guys are amazing for doing this. This is the kind of stuff that makes me proud to be part of this community.

Great stuff all around, what a moral booster for the kids AND the employees.

This is absolutely fantastic!!

I am about 45-55 mins from there so if you need any onsite support let me know. Not sure who you entrusted the keys with

Thanks Alex... The keys are with the game in the play room office. I gave a backup set to the director of Child Life Services.

As Philly is 2 hours away for me... I have offers from both Ray Brackins at Wide Area Repair and Bill Disney from the Pinball Gallery to also do service calls for free. And collector Frank Gigliotti works at Temple nearby (10 min) and said he'd be happy in a pinch to check on the game if there is an issue not too complicated... So I have someone close by, two service techs, and you from JJP all willing to service the game if needed. Many thanks to all...

This is an issue with donating a game like this - I couldn't leave it and forget about it or it won't serve it's purpose. So thank you to all for stepping up.

Nice piece about the donation in local newspaper..