38 key posts have been marked in this topic, showing the first 10 items. (Show topic index)

Post #107 Winners of October 2015 drawing announced. Translight awarded to one person for being the biggest buyer. Posted by joesaid (6 years ago)

Post #109 Joe announces a third drawing, thanks the donors for helping raise $10,000 from the raffles so far, and "We're using all of the money to open the FIRST Pinball Education Center" Posted by joesaid (6 years ago)

Post #151 Thanks from the winner of the November raffle. Posted by fxdwg (6 years ago)

Post #157 December 2015 raffle update, first use of pinballraffle.com Posted by joesaid (6 years ago)

Post #182 January 2016 drawing announcement, first use of winapin.org Posted by joesaid (6 years ago)

Post #242 "All the funds we are raising go towards opening the FIRST Pinball Education Center in Frederick, Maryland." 501(c)3 status approved April 2015. Floor plan shown. Posted by joesaid (6 years ago)

Post #415 August did not sell out so raffle was pushed to September 2016. Winners announced. Posted by fxdwg (5 years ago)

Post #537 Announcement for the lease of space for the education center. Posted by ForceFlow (5 years ago)

Show all 38 key posts in the index

Did you merge the .com and .org raffles?

Drawing will be Wednesday March 9th at 4:30pm EST on www.twitch.tv/pinballjoe 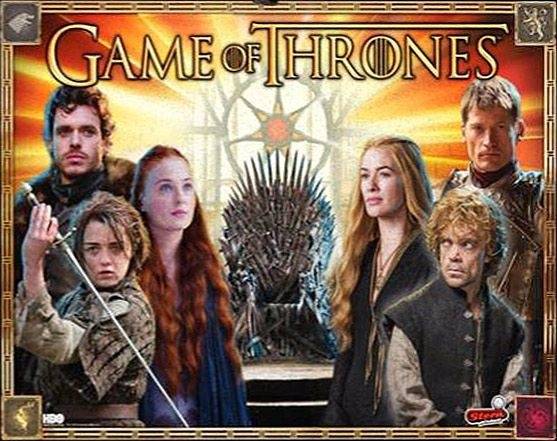 Thank you everyone! I'm excited to draw FIVE names on Wednesday!

So who won? My friggin stream froze as soon as he started to draw the names. Doh!

any news, I cannot get the video to load

Where are the winners posted?

Well, my feed didn't cut out and my wife and I both could swear it said I won with ticket 219 (Stephen Etzkorn), but I'll need 3rd party verification before I really believe it! After that, I didn't pay much attention to the other winners.

The results are on their Facebook, you did win Stephen congrats!

Sweet! I wasn't seeing things. Must have been my reward for leaving work early after a crappy day to watch the auction.

Just want to thank Joe for his hard work setting all this up, and wish him luck in this endeavor. It sounded like he had lease papers for the center approved on the 'cast. It's a great cause. Now, off to buy a (losing) ticket for the March auction!

What about the other small prizes

Bill you have won a SIGNED Stern translight! And Matt, Andrew and Anthony you have won copies of Season 1 of the The Pinball Arcade !! 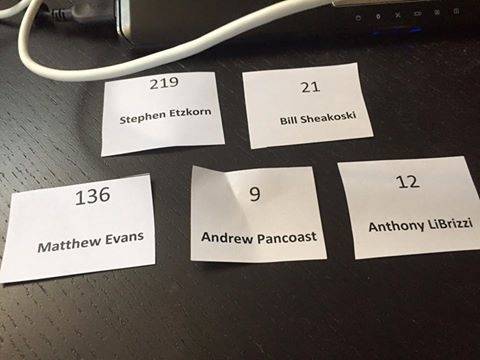 March is OPEN! Please consider the continued support, every ticket supports the FIRST Pinball Education Center and furthers our mission of working with kids and adults, especially those with autism.

Please share the url with your friends and pinball community. 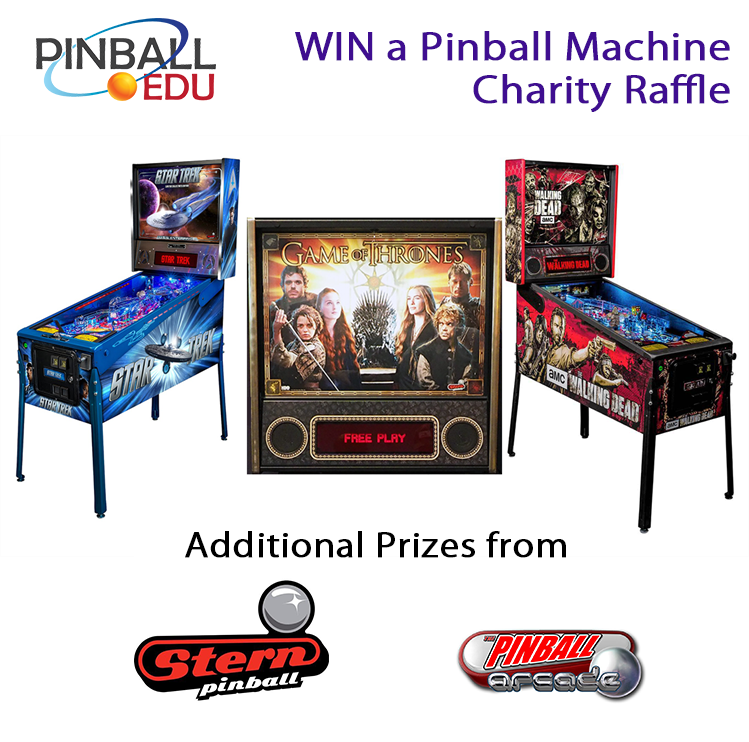 Literally ONE away from the win. DAMN YOU STEVE! Congrats

Will Ghostbusters become an option for the March drawing? 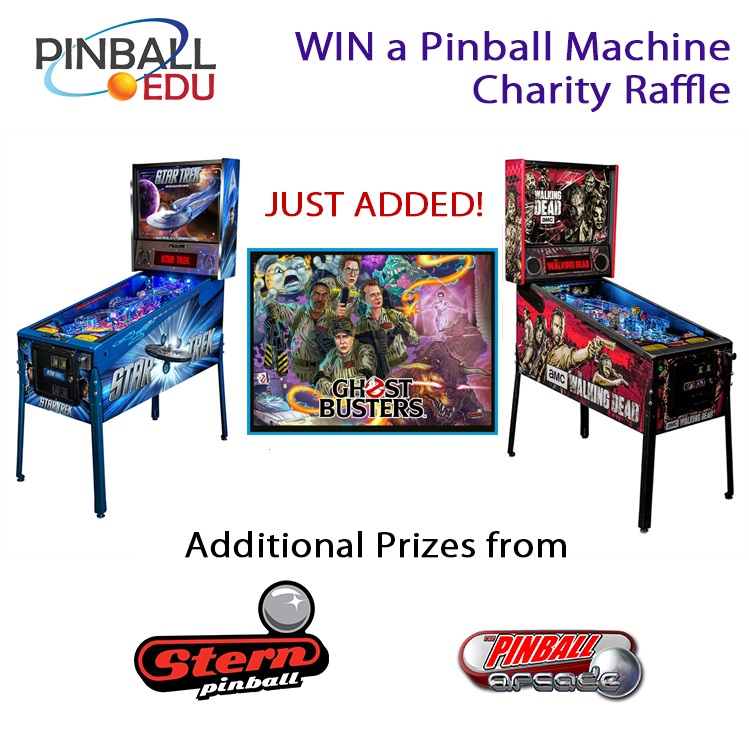 A little more than a week remaining. Did you get your March ticket?

I thought you waited for a raffle to sell out, do you just wait until the end of the month and then do a drawing with however many tickets were sold?

I thought you waited for a raffle to sell out, do you just wait until the end of the month and then do a drawing with however many tickets were sold?

These raffles are really important to Pinball EDU, and yes we do wait until the raffle sells out. Our goal is to do one a month.

Thanks for the support : )
-joe

bump in yo trunk! I'm in

I really hope this doesn't sound rude or greedy or anything, this is a great thing they are doing, but with someone donating $40 and only having a 1 in 250 chance to win, maybe just add a few more prizes. Like give out a total of 10 prizes. I think Pinball arcade should offer a free download of all 5 seasons prize instead of just one. Also maybe Stern can offer some pinball poster/shirts combos. Would probably help more tickets to sell faster.

Never mind, just saw the drawing you have been doing, awesome!!!!

i got a ticket

Good cause if i win GB is mine

I'm in too. Almost sold out!

That was a quick jump. Looks like only 6 tickets left, as of 6:13pm eastern.

0 left as I just bought the last 6. Now lets get this drawing rolling.

Thanks everyone. I will be getting the names together and sending out an email over the weekend, if not sooner.

Drawing will be at 2pm EST on Monday, April 4th.

Who wants a Ghostbusters!?
-joe

Did they do the drawing? Who won?

Ed Robertson won the machine. I watched it live on twitch, figured this post would be updated shortly after.

I'm looking forward to the next drawing already. haha

Terry Crombez, Brad Olson, and Scott Davidson all won copies of Season 1 of the Pinball Arcade that has 18 Pinball Tables! 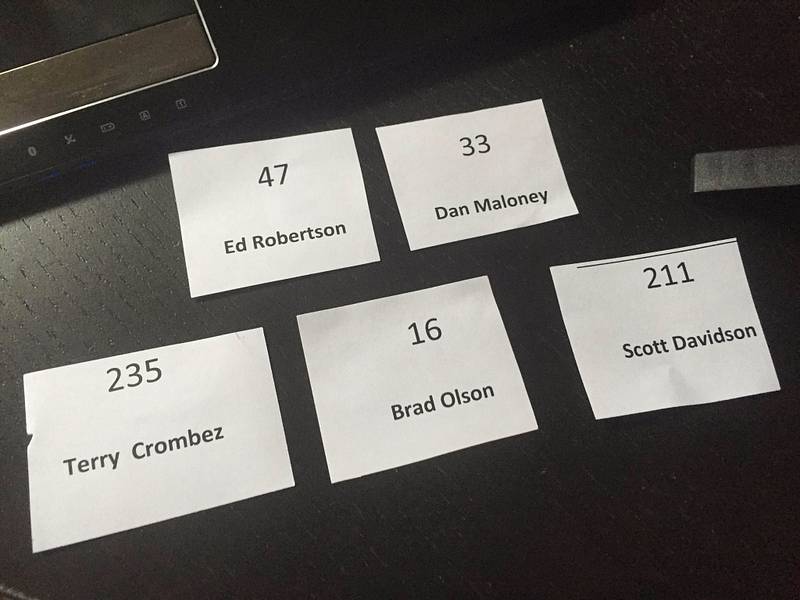 April is OPEN and Stern has added a SIGNED Ghostbusters Translite!

Thank you Stern Pinball and Farsight Studios for the continued support! 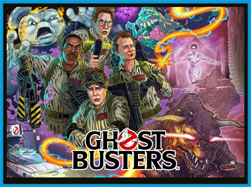 Get a ticket at:

Aw damn, it was a Canadian's turn to win and I forgot to get a ticket this month :p

Aw damn, it was a Canadian's turn to win and I forgot to get a ticket this month :p
Congrats to all!

Pretty sure a Canadian did win

Always a bridesmaid but never a bride

Yay I won something! Not sure what to do with the translight a win is a win. Thanks for all you do with the charity!

Pretty sure a Canadian did win

or is it Ed Robertson of the Bare Naked Ladies that won????

or is it Ed Robertson of the Bare Naked Ladies that won????

It was Ed from BNL and he is Canadian eh

Got a present today... Thanks Pinball Joe 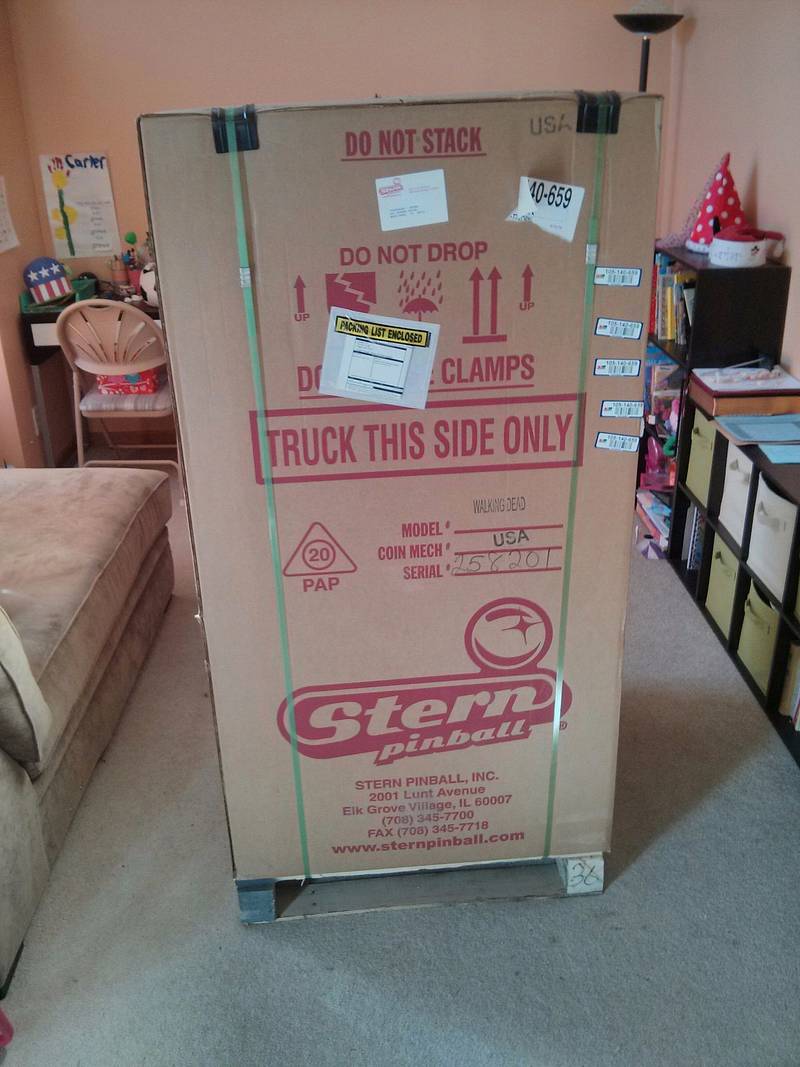 One more picture, now that I can officially "Welcome to Woodbury" The Walking Dead!

And give a 40% full April Raffle bump 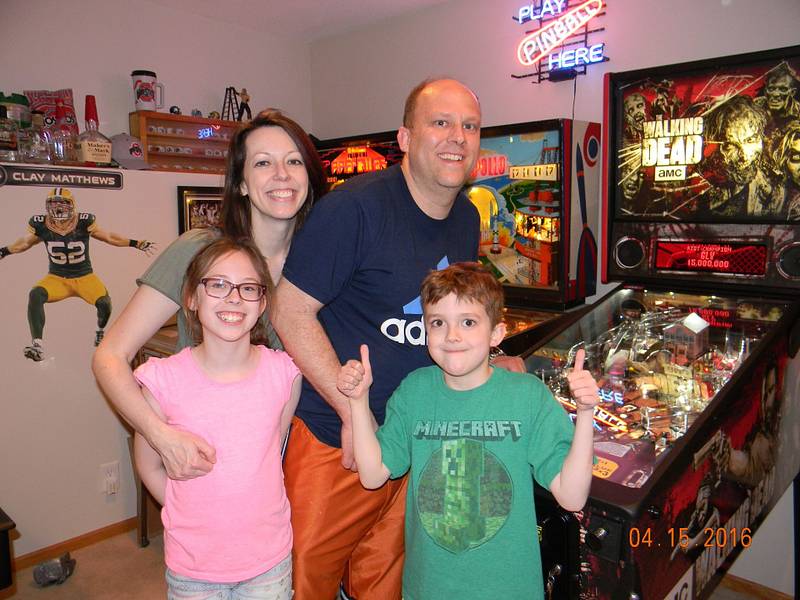 February's Wall of Fame photo has been updated!

Congratulations to Steve and his family!

Get a ticket and share it with your friends

One more picture, now that I can officially "Welcome to Woodbury" The Walking Dead!
And give a 40% full April Raffle bump

Yeah my packer fan photographer wanted to make sure to get that in the picture. And my wife wanted it on the wall because the commercials are hilarious...

GB i want i want lol

Get a ticket for April at:

In other news, I am working on securing a space for a Pinball Summer Camp. Once I find something I will be making a more official announcement.