During shipping, the heavy solenoid driver board popped loose, yanking the harnesses off and bending connector pins on several boards. After repairing the pins and remounting the board, I finally got to power it up.

Seemed to work OK for about a dozen or so games, then it blew the playfield fuse. Replace the fuse and go into solenoid test, noticed one of the drop targets (B) in the 7-bank (ORBITOR) is not cycling. Going through the manual, I find the transistor for that solenoid is missing on the solenoid driver.

The game has a few unused outputs on the driver board, so I swapped one of the unused driver transistors into that spot. I ran the solenoid test and it immediately fried the playfield fuse. On a hunch I unplugged the solenoids for the 7 drop target assembly, replaced the fuse and the game will run all of the other solenoids in test mode. So I pulled the drop target assembly and find that particular coil is burned, reading dead shorted. It also shorted the just-installed driver transistor. I'm putting together parts orders for the game now.

One of the spinning bumper motors is wobbling pretty bad, the other one is fine. I need to fix that motor somehow, it seems like the upper bearing is wasted. First hurdle is getting the damn screw cap off the bumper. It won't come off by pulling on it with fingers, so I tried gently prying at it with a screwdriver and it isn't coming off. The bumpers are pretty good shape and I don't want to damage them, but this motor has to come out. The wobble is so bad that the opto disc is getting real close to hitting the opto detector on the PCB. Besides the wobble and the vibration it causes, the affected spinner is working.

Calling out to any Orbitor owners, how do you get the spinner motors out?
Anybody know where to source new ones?

Anybody ever figure out how to get that outhole from disintegrating any further?

Does anybody know where to get the standoffs used to mount the PCBs in this game?
Most of the ones in the backbox are broken

Neat game but rare. Hope you find someone that can help you fix the motor. As for the outhole, not a clue. Someone needs to find that mold and put it to good use! The standoffs, on the other hand, I can help with.

Good luck with the rest!

OK, got my drop target assembly fixed, and have that wobbling spinner assembly out of the game.

The assembly is torn down to reveal the motor bushings.
The bushings appear to be pressed into the end caps, and not in a removable way. I could bash them out, but there won't be a way to get new ones back into the assemblies. I imagine the axle might be wasted too, given how much play is in the bushing.

The motor says "Brevil Products"on it, any Google search results in Breville juicer type products, so its pretty useless.

It looks like a little exhaust fan motor, but with axles sticking out of both ends which presents a problem.

The game is not playable without working spinners. If I put that wobbler back in there, it won't be long before I'm looking for an opto assembly to go with the motor. I'm at a loss how to repair this motor, two hours of web searching and I don't find anything useful. I was hoping to find a similar enough motor to swap the bushings, but that won't work since I can't get the bushings out. So I probably will need a new motor.

Somebody somewhere has had to replace a spinner motor in an Orbitor 1!

Check with Steve Young at PBR and see what he suggest about the motor.

Thanks John, I compiled a detailed message to PBR.

My wife keeps pestering me, she wants to play her game!

If you want to make a super Orbitor, I am probably going to put my 100% working one on the market. I live near Cleveland, so no shipping issues. If you have 2 then you will alway have parts you need as I have found them to be next to impossible... lemme know if interested... I have new Alltek solenoid and lamp driver (all ledded up)

Can you put up 2 or 3 good photos of the motor? I have had to replace some bearings in an assembly that was not built to be repaired.

As for the outhole, I have only seen one Orbiter personally so this is a bit of a guess, but could you possibly make your own Cliffy with small length of shower panel molding? Cut a small length and hit it with a heat gun and form it into a circle to line the hole. And then color it black with a magic marker? 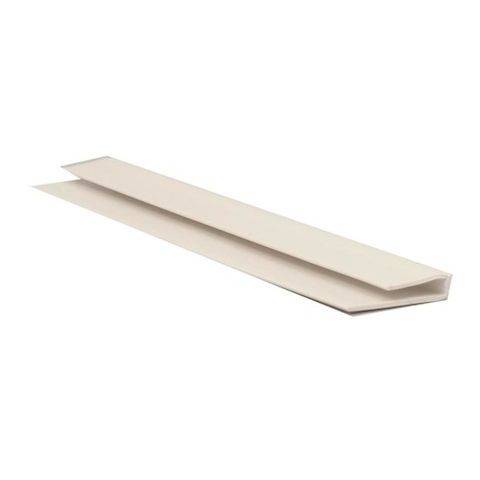 Or possibly, better yet, some nylon channel that is designed to line holes where electric wire pass through.

( I don't know why Pinside thinks it needs to put up two pictures (sigh)). 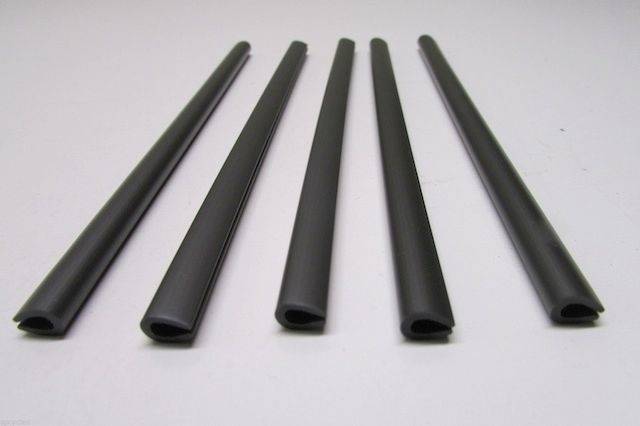 OK, first hopefully everybody had a great holiday, and thanks to all for their comments and suggestions.

The game is now repaired.

What I ended up doing was looking online for many hours for a replacement motor. The name of the manufacturer motor is Brevel products, not Brevil as stated earlier. The results are not much different, you end up with mostly juicer products, but by using the part number label on the motor I was able to find several families of Brevel motors. None of them had dual axles, so no replacement motor was found. But I found motors with what looked like similar parts.

So I took the spinner assembly apart completely, the most difficult part was drilling out the roll pin on the playfield side axle. The end caps containing the bushings are cast aluminum and the assembly is crimped together. The bushings are held in place with multi-fingered steel retainer springs, surrounded by oil soaked packing. I pushed the bushing through the retainer and dug out all the contents, then carefully pried the cover plate out of the block without damaging the crimps in the aluminum.

The lower bushing was fine. The upper bushing was also fine, the problem was a busted upper bushing spring retainer. Using pictures of what Brevel motors I could find online, I estimated that the retainers of one of them might be a match, so took a chance and ordered some motors. The retainers were identical. The bushings had the same ID, but unfortunately were neither the same OD nor height, so luckily the original bushings were OK. I transplanted the new retainers into the original motor bushing assemblies. Reassembly was pretty easy, but I chose to use a piece of 1/16 drill bit rather than obtain a new roll pin. It's held in place with Qbond, so if I need to disassemble it again all I need to do is grind the Qbond off to extract the pin.

Extracting the retainer from the donor was done with wire cutters to simply tear off three of the ears and slide the retainer out undamaged. Reassembly was simple, drop the packing into the bracket, place the bushing in the middle, place retainer on the bushing. The plate was bent into a U shape just enough to get it back under the crimps in the bracket and then pressed flat. 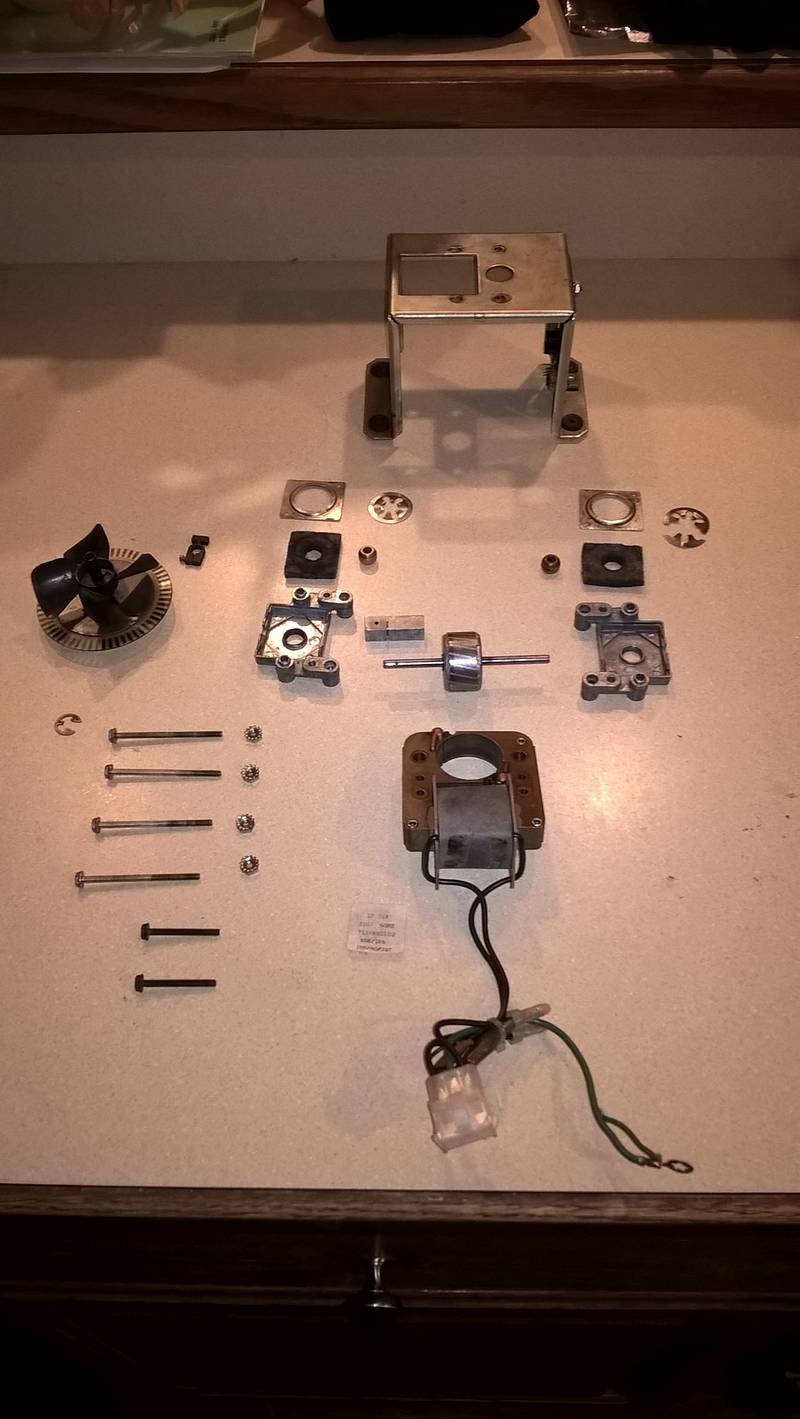 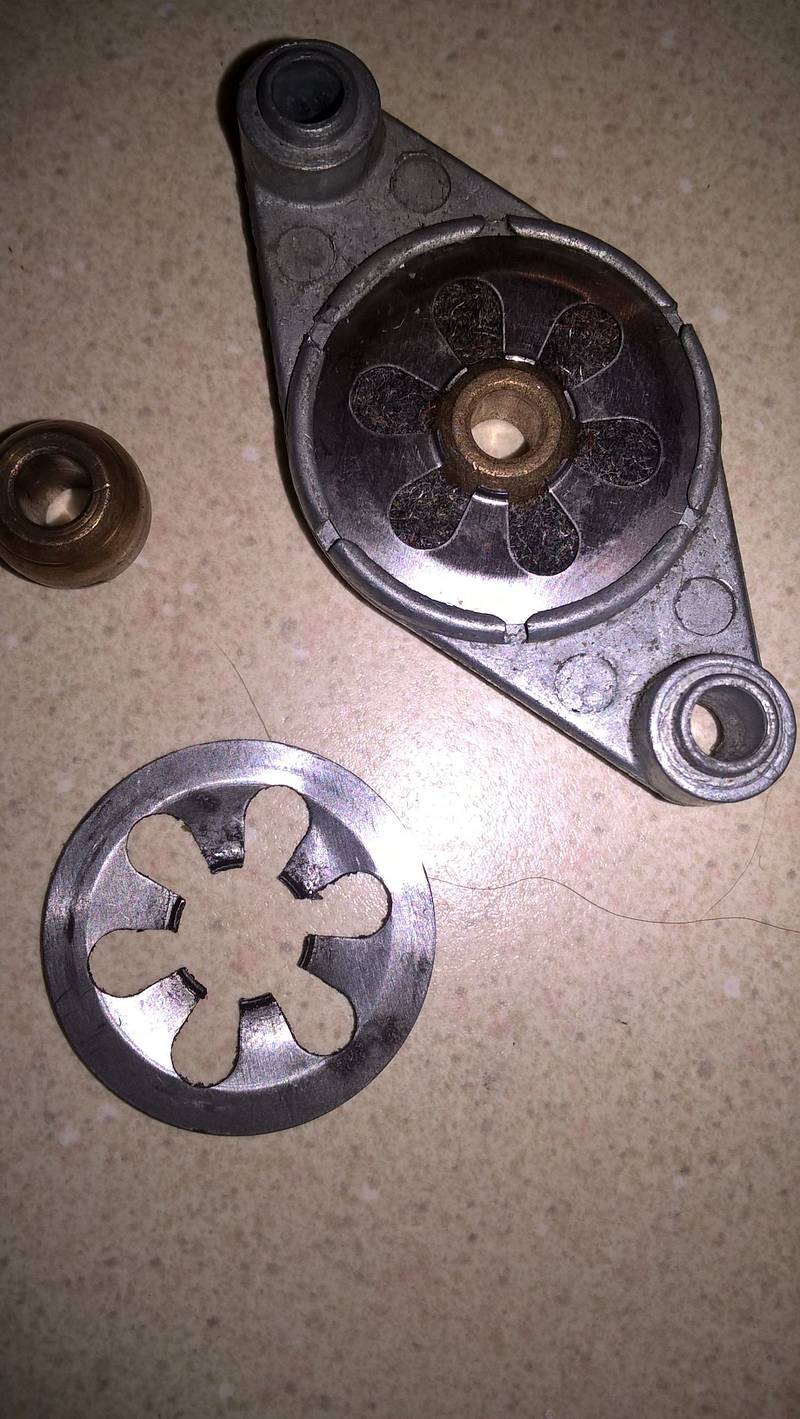 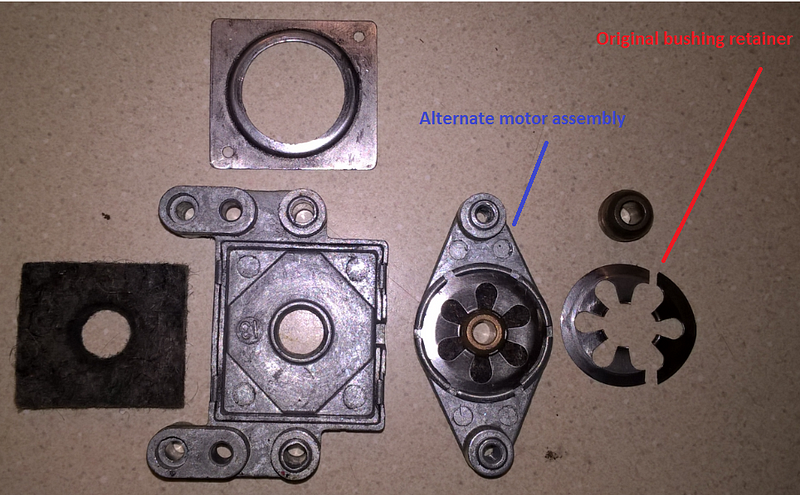 The motors were NOS motors from RF surplus, five motors for about fifty bucks. So ten retainers.

It looks like the top bushing assembly from the replacement motor could theoretically be used on the original motor without modification. The hole patterns of the motors are the same, but the lamination stack of the original motor is taller, but the final clearance looks to be the same. Meaning I theoretically have five sets of upper bushings to play with. The bottom bushing assembly is used to mount the motor to the playfield bracket, so I prefer not to mess with that one, but it could be done with a bunch of spacers. Given the top bushing takes the brunt of the force of ball impact , it would be interesting to try swapping the upper assembly if it should ever break again. To illustrate, here is the original motor partially assembled with the alternate retainer assembly on the top (playfield) side: 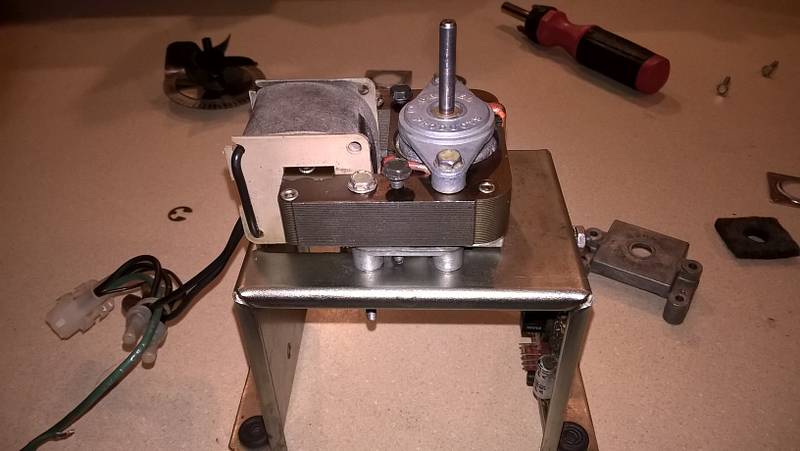 Very cool you were able to figure this all out. What did you decide to do on the outhole? Could it be repaired with resin and glass cloth underneath?

Outhole is not terrible, probably average.

I'd like to fix it, but the wife is loving playing her game now, I can't take it apart for risk of getting murdered in my sleep. I have been too busy and not been keeping up on maintenance too well. Eventually almost all of our games became unplayable for one reason or another, mostly little things. Over the holidays I managed to get most of them running again.

Eventually it would be nice to have all games running, and take one at a time and do some restoration.