Hi all, I posted this on This Week in Pinball but thought I'd start at thread about it here as well if anyone was interested. A company Phénix Pinball, located in France, recently released a flyer for their upcoming machine called Olympic Goblin. The goal of the machine is a nostalgic retro feel and look. They recently finished their first model, and plan to have pre-orders available very soon with the hope of releasing the first machines by the end of the year.

Here is a link to their Facebook page: https://www.facebook.com/phenixpinball/ 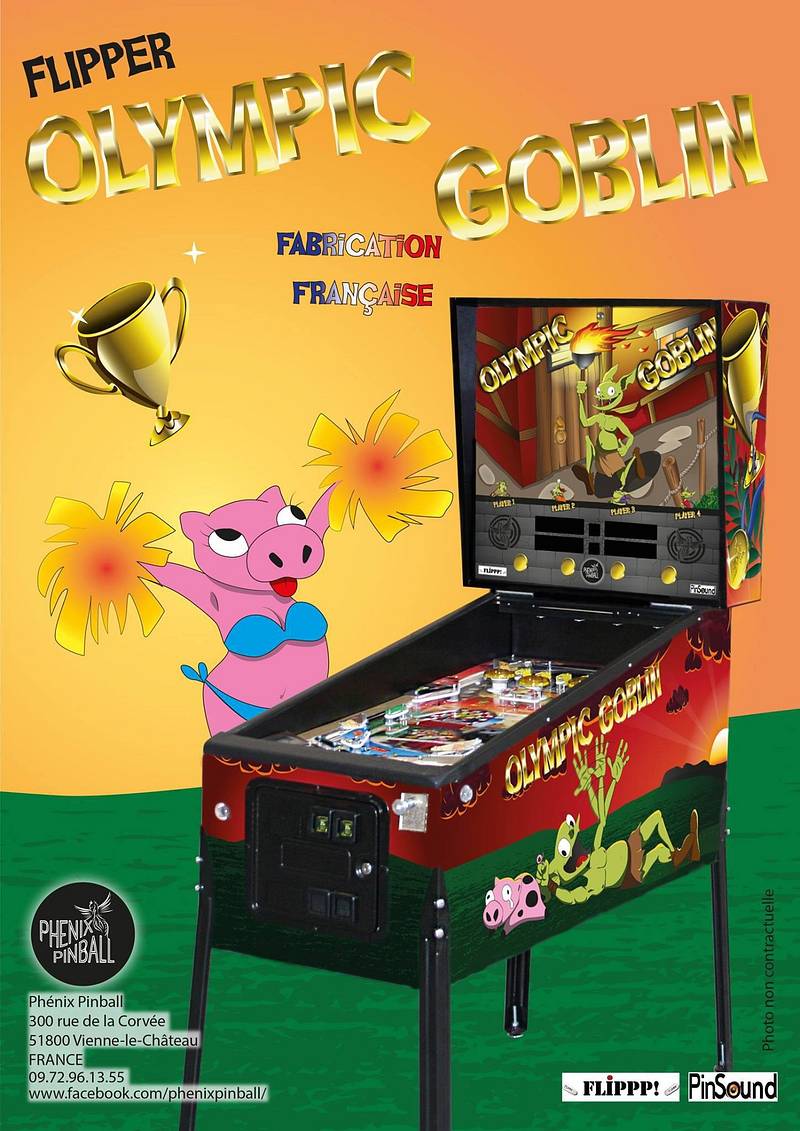 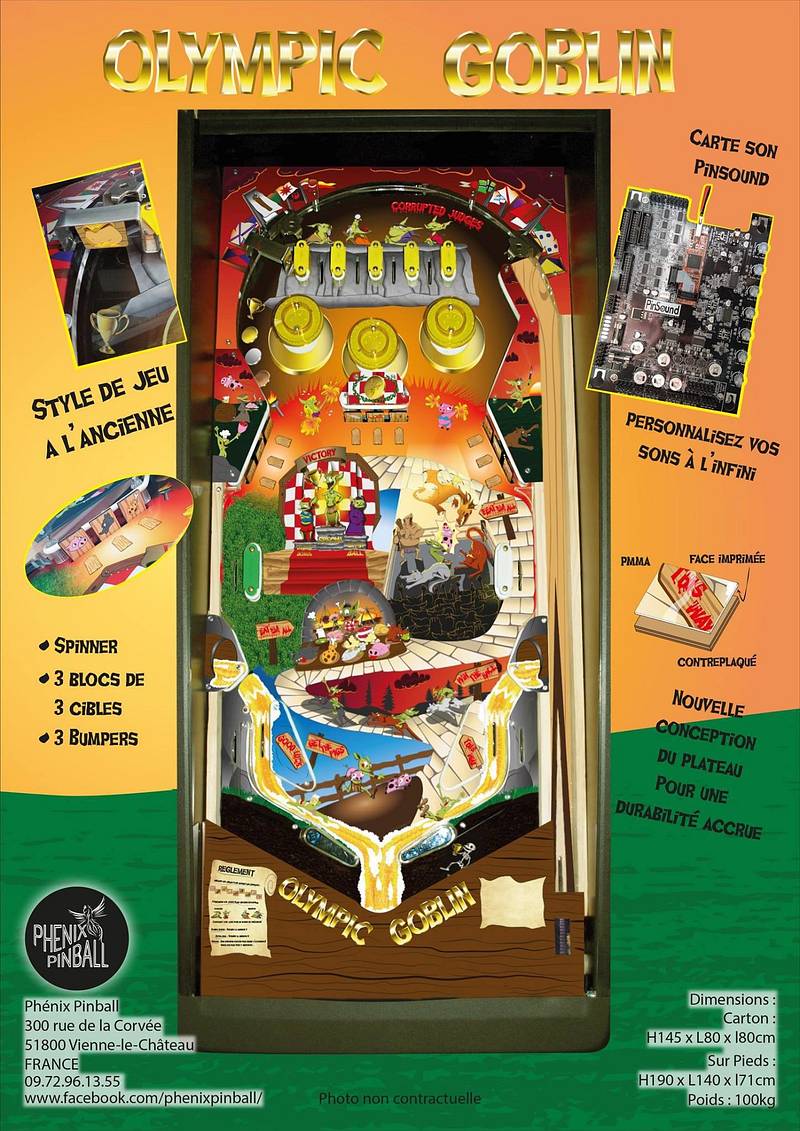 ...and they thought Stern's Star Wars playfield was sparse!

What is that playfield?

and plan to have pre-orders available very soon

Another Mystic / Xs and Os clone? Mystic artwork is much better...

They're going to have their hands full dealing with the IOC over trademark issues...

The Olympic Goblin clearly does not target the same market as Stern, or JJP.
The idea is to produce a single pinball machine, in small series but especially at a much more affordable price. It's been a while since the prototype was presented and I played at several shows in France. Since I've known it, there have been many changes, so I will be careful not to criticize a machine that is not completely finished.

Technically, the pinball machine is built with a modified Janin board and a Pinsound. The displays are from Boston Pinball (SYS80 replacement LED - with separate "1" segment). I am not fervent about these choices and I think they would have done better to develop a specific electronics, but it may not be the same cost.

Interesting point is the realization of the playfield. This one is made of PMMA (acrylic glass) and plywood. Quality and sustainability is far superior to what is currently being done.