You're currently viewing posts by Pinsider cdnpinbacon.
Click here to go back to viewing the entire thread.

Canadian Christmas Eve tonight! Good Luck Leafs and every other team except the Habs.

The Jets will be in a fight to make the playoffs. Laine and wheeler nice pieces but goaltending issues plagued jets last year.
Feel sorry for Mason when your teams takes tons of undisciplined penalties. Buf plays like he doesn't give a crap.

Just wanted to say, wish me luck everyone ...going to be spending the Canadian thanksgiving long weekend with my wife's crazy in laws who all look like muppets.

Saturday night convincing my brother in law why it's best to watch hockey night in Canada over his big brother cd collection. I feel sick

Yeah...I almost cross checked my brother in law in the face not long ago when he said to me: get this mesz,, "we're bankrupt the second time but God will take care of us. Yeah, I actually posted a thread on "please kill me" in the basement. Check it out...sad thing, it's all true.

The pens have a lot of back to back games in the 1st month and a half, seems strange. I know we have the most than most others teams about 16 to my memory.

Interesting , curious the record of pens back to back last year.

Looking forward to Sat night vs Rangers! ....At The inlaws. I won't miss don cherry but during the second period, I will be whipping my b.I.L's big brother dvds in the lake.

No mesz not even that my friend.

I swear if I have to punch this guy out I will. There is no way I am going to miss the Leafs opener. Dammit!!!!! See you all later I have to go to hell now. Car packed including meszs elixir.

Devils score on powerplay to go up 3-2 and now a holding call to NJ...this is the new hockey I guess, weird. 10 penalties a game until players learn... So a chinsy slash will determine a playoff game? So right now it's 5 on 3 leafs and NJ just scored. Wow. 4-2 Devils

Next time I see him I'll ask if he would be willing to meet for autographs . There is a time set aside after each game for this.
I never talk hockey when he's here
But I would ask if anyone with kids or mesZ

Time to trade ovechkin and re-build.

My thoug before my Leafs battle the Panther ..Edmonton 3rd worst record in the league? "Edmonton is a Stanley cup contender" ...Mabey not even make the playoffs?
Carolina looks good,, too bad no one in Florida or Phoenix give a crap about hockey...Fold these teams

I am pretty impressed with the Flames playing the leafs tonight. Once again it's the first period and leafs are getting out shot and out played. From what I have seen so far,np the Leafs are not a cup team, not close . Anderson has been the MVP so far. Man this kid is huge, biggest leaf goalie I have ever seen. Marner looks like a major bantam player (2 goals) ...same for Nylander, great flashes and crafty but totally useless defensively. It's pretty funny watching Nylander go through the motions finishing a check. All I hear from the Leaf homer broadcaster...its just bad luck for Marner and Nylander ...bad luck? Are they watching what I am watching??? The leafs are just plain bad defensively. Roman Polak is our beast? Think about that one...at the Christmas break I have to say, Leafs first round playoff fodder.

Golfing on my optishot and watching hockey at the same time! Just curious any of you golfers or heard of the Optishot?
Play on line etc..nice to play a few rounds with some pinsiders.
Cool, I'm playing a replica of st George golf club in Toronto included with the pkg of courses. 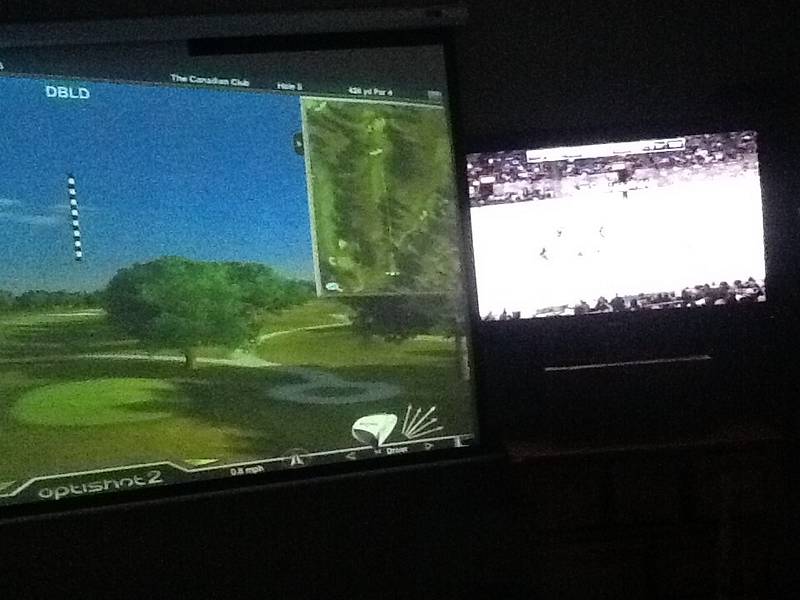 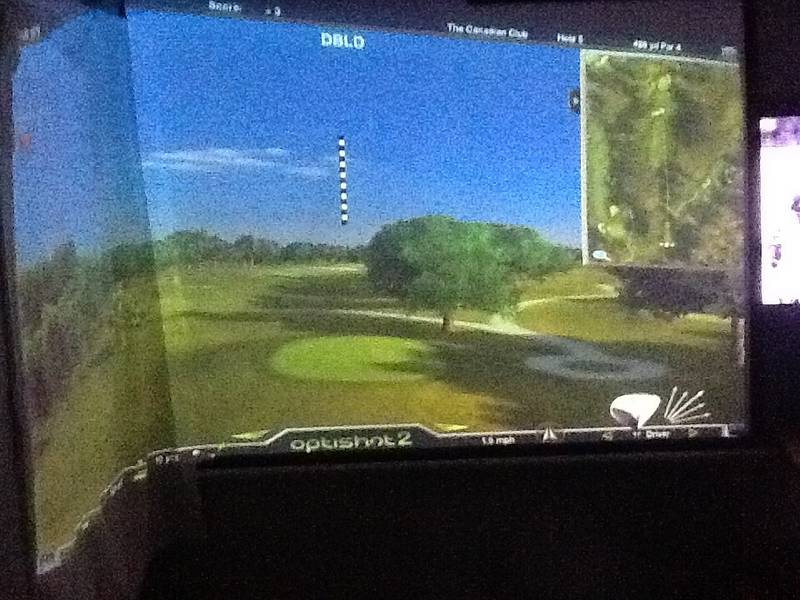 Time for a team in Saskatchewan Dee-Bow....could you imagine the western rivalry? Green colour scheme of course

Haha!! I like the sound of that!! Except we will need a new arena that holds at least 15k people dammit .. until then i am a 'nucks fan! but i diiiid just renew my two season tix for that other GREEN team out here tho!

It's sad to see Ottawa fail. All the experts forgot the deep root of the Leafs and Habs not to mention the worst arena spot ever. I bet rider nation would support the team on its own. Grey Cup is here in Toronto btw

R.I.P. Johnny Bower Always our favourite # 1. The man loved to laugh. A 73 year old man climbing a rickety wooden ladder to fix something at his cottage. The family insisted he never use that ladder again! Once the coast was clear, he climbed that ladder and fell off it breaking his wrist. In typicall Johnny Bower fashion he laughed it off and drove himself to the hospital!
Classy move and great/touching memorial held by the organization. 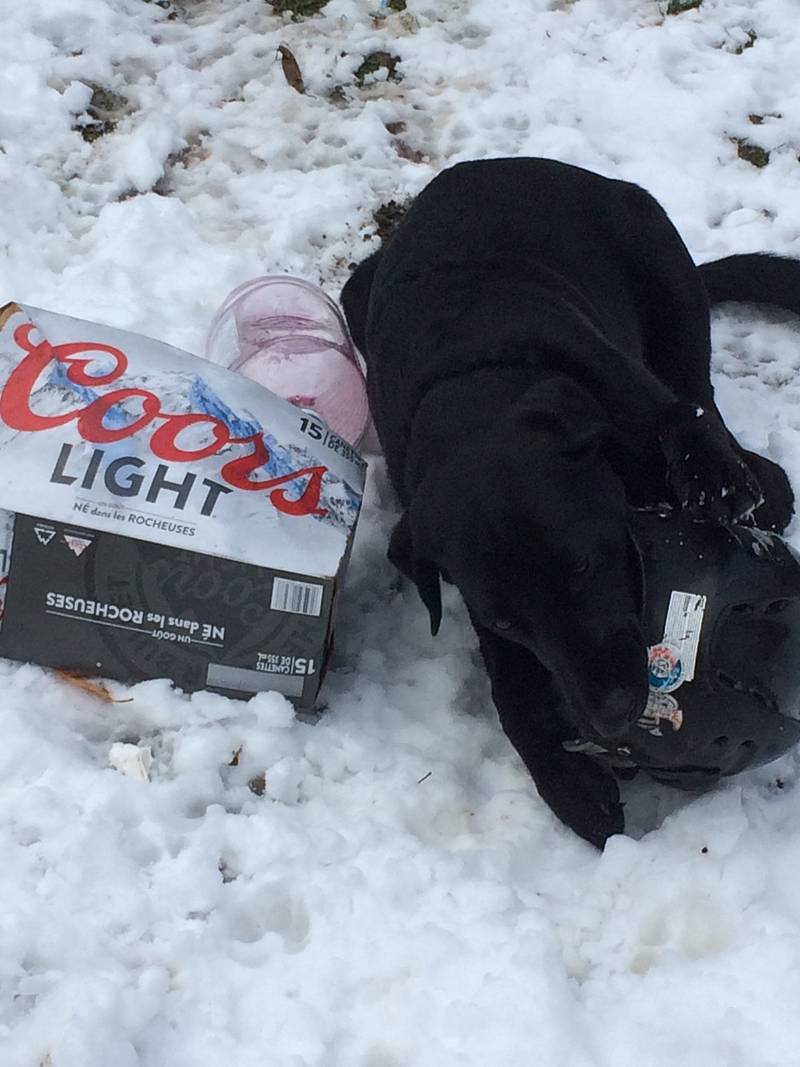 So proud of my boys....leave my tablet alone for a minute...and this is what I get! 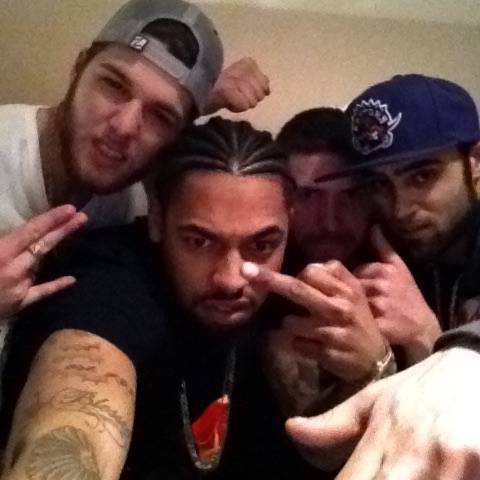 Thoughts and prayers to the Humboldt families. Mike Babcock could hardly speak and that's how I feel. I don't even feel like watching hockey right now.

Just under the wire to submit my bracket picks...great idea!

The brackets are now available to be filled in! Join the Pinside bracket challenge for braggin' rights.
https://bracketchallenge.nhl.com/leagues/2018-pinside-hockey-heads

Thanks for setting up, hopefully more pinsiders will join..

Follow the NHL bracket link posted above and search for pinside. 2 minutes to create a login

I'd be up for playoff bracket predictions.
Side note: Would any hockey fans be interested in a pinside hockey pool next season?

Here are my picks I missed the bracket but my picks 1st round are Penguins, Bruins, Tampa Bay, Blue Jackets, Jets, Knights, Predators, and Ducks.

Gotta add the # of games per series Too

the Games also required for each series bracket to final.

You can imagine my pain being a Leafs fan

You're currently viewing posts by Pinsider cdnpinbacon.
Click here to go back to viewing the entire thread.