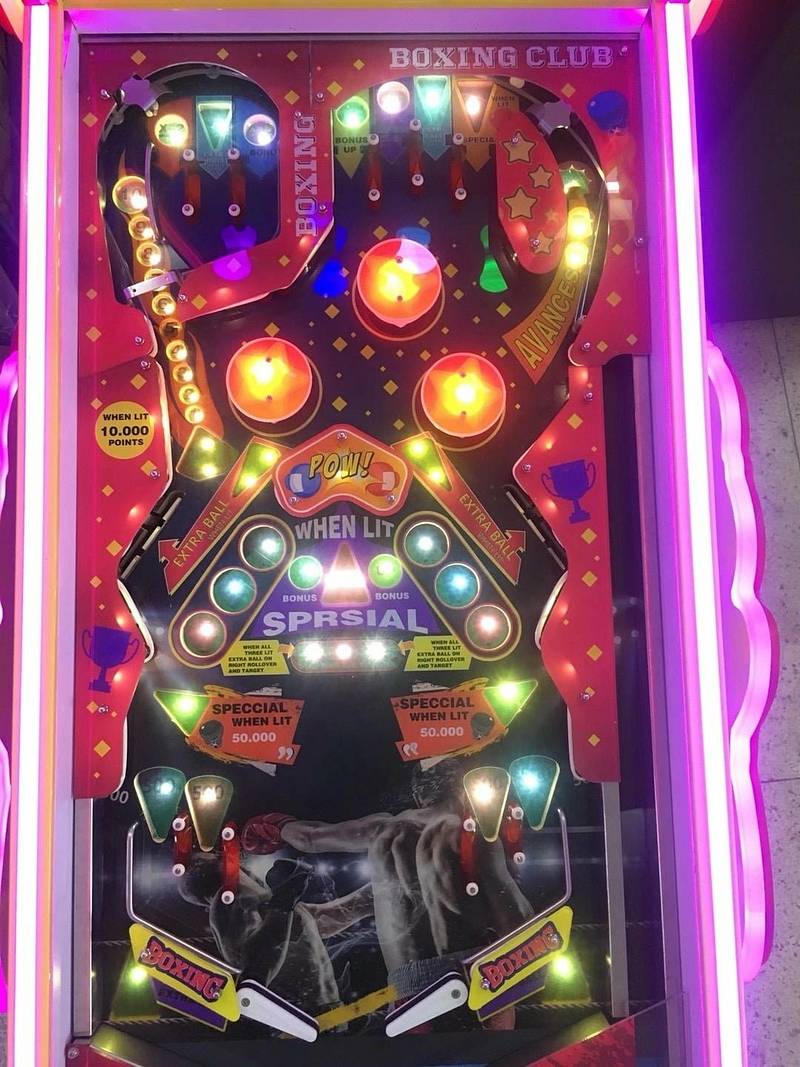 more garbage from china - so excite!

is this what cgc has been working on for 3 years?

“What do the people want? Top rollovers? Ok, let’s double down on that. No other shots if we can help it. And make sure you completely butcher the spelling of the word Special, and make sure it comes out 10 years before RAZA”

This must be featured in one of those vpin cabs that i see on aliexpress.

More like a toy. Probably all plastic and breaks within 10 minutes.

No washers included. I'm out.

They'll be selling clones of pins in no time. This is simply them getting their feet wet. I'm actually stunned they aren't pirating playfields at this point.

What type of keer koat did it use?

It also says "Speccial" when lit.

Looks like JPOP found someone to make his latest design.

I wonder what the "Avances" shot does?

“What do the people want? Top rollovers? Ok, let’s double down on that.

To be fair they did change things up with this design; there are three rollovers on the left, and four on the right. That's better than

Magic Girl that had a ramp that lead to nowhere...

and make sure it comes out 10 years before RAZA”

I doubt that Deeproot will ever release RAZA or any other title, so technically every new pin will come out ten years before RAZA.

Everything made in the usa is awesome until you unbox a stern that is broken out of box, weak flippers, jjp playfield issue, node board bad, or you just remain a mythical company that doesnt produce anything or when you do, it doesnt work out of box #magicgirl and left unfinished... because we all love unfinished pinball code.

Did anyone actually look at that video link?

The machine looks like it plays pretty well. This could be the warning shot fired across Stern/JJP/Spooky's bow!

Yes, laugh about the spelling errors etc but how long do you think it will be before someone makes contact with them and decides to assist them "tidy up" all of the spelling and perhaps even suggest a "proper theme"?

This could be the EXACT thing pinball needs to tame some of the idiotic prices of recent times?

I’d buy it. Hopefully it pops up on Amazon soon.

“Boxing” is my dream theme.

Wow, lots of nasty responses here, maybe you guys should try making a game written in Chinese characters and we'll see how that works out.
This looks like a really good effort. I really like the cabinet design with the backlit panel and the backbox (and included topper) looks great. Flippers seem snappy and the layout is a nice simple "street level" design. The backbox seems to have an LCD screen showing scores and a view of the playfield in real time as the backdrop, there must be a camera on the topper somewhere.

They likely just stole and re-engineered his work.

This is probably what Stern should have done with their ‘The Pin’ home use only models. Have the whole machine built in China and shipped over, do the testing stateside, apply vinyl artwork to the cabinet, slide in some glass and box it up. Really the only way The Pin was going to be successful was for it to be significantly less money than a Pro model (half the price, at least). There was no way to get to that price point with everything being assembled in the USA.

Twenty minutes after you play it, you need to play it again.

Laugh it up funny boys, but this ain't being made for the rest of the world, more than likely they are targeting the Chinese market, which, I might add, their middle class, who have money for toys like this, is WAY bigger than all of North American markets (high, medium and low classes) combined. Its like Lego clones in China... yes, they sell to North America, but their biggest customer base is the Chinese middleclass.

Has a very Punchy the Clown vibe on the video.

Wow some serious hate for china here, the funniest part is almost everything you own is made there!!! or certainly contains components from china! Not everything from china falls apart, only the cheaply made shit (because customers want to cheap out) Most of your high end shit is also made in china! 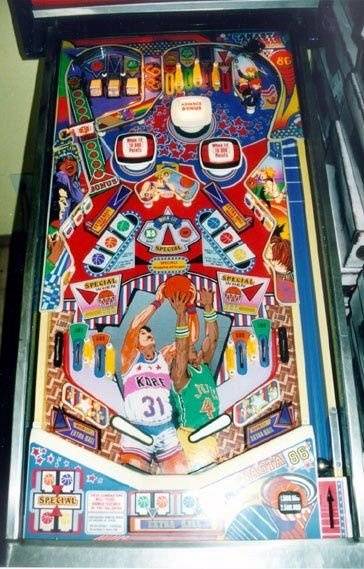 The 1980s called. It wants your Asian slurs back.

Hahahaha I’d rather have the Bauer edition…for best-in-class flipper power! I have quite a few tools from HF and they are usually good quality for the money. I wouldn’t buy anything that is to be used on a daily basis, but for occasional use they do quite well. Their little blue oval flashlights with the magnet are great for use while working on pinball machines!

Don’t fool yourselves and underestimate China. If they find the pinball market worthwhile, they could dominate in no time.

There’s far too many $’s in the design and BOM that China could reduce >50%.

Yes, they can build good quality when they want. Yes, they’re know as ‘great copiers’, but they also have millions of good engineers and designers. Don’t ever think “they can’t”.

I suspect they have little interest as there’s probably no market for pinball ownership in China. Most of the rising class that could afford pinball live in major cities where square footage comes at very high $’s. No 2000 sq ft basements.