Greg and I would like to know how many people would be seriously interested in buying a new Elvira themed pinball game. We love the Elvira character and would love to design a new pinball adventure for her.

Some have argued that Elvira is to old for a new pingame. But we disagree, Elvira is a "character", the game is not about Cassandra, who is still hot by the way. Imagine how Dorothy from WOZ looks now.

Or even Capt. Kirk or Spock.

The Elvira character is great for introducing new adventures with lots of humor. We really wanna' do this!

This would be incredible! I had a Scared Stiff from 2001 - 2006 and really miss it. My wife's favorite pinball over the years. I would buy one for sure. It would give me a chance to redeem myself as I still hear it from her about the mistake I made in selling it.

Sorry guys. I like big milky boobs and decolletage as much as the next guy, but for the amount of time, energy and money that goes into a new pin I think it should be directed towards a theme that; a) isn't a one note joke from the 80s (sorry, just never did much for me), and; b) doesn't already have two other machines.

Love Scared Stiff. Would love to hear tons more humorous sound clips. put me down as a yes.

Dennis: I see u were just in Ben heck's lab with paupaduik, are u teaming up as well? Or u sticking with jack? Rumor is one licensed pin, one unlicensed. I think another Elvira title would sell great (nobody better to design a sequel)
I don't own a scared stiff, but perhaps a new Elvira would help drive down the price.

It seems like a Monster Bash Too would be a little more mainstream or appealing to a broader market. Elvira is not known by most under the age of about 30-35 years old. There are a lot of new people in the hobby that are a whole new generation brought in by the Farsight Williams Collection and Pinball Arcade.

If the two of you made a new Elvira machine I guarantee I'd buy one!

I have a EATPM i just got running well.. what a great game.

If the game used the latest, greatest or new technology in pinball design I would be in.

I would seriously consider it to be my first NIB!

Why not another Dolly Parton pin? She is only 5 years older than Elvira...

You missed the option of 'No, I am not into saggy, old, gross, grandmas.'

Guess she's quite unfamiliar for europeans, so I'm indifferent. Scared Stiff is a nice pin though, so why not?

A few other posters here & I previously discussed the possibility of this happening when you guys were under contract by JJP and thought this would be an awesome trilogy of pins. (and it just made sense with both you & Greg reuniting @ JJP, rumors of discussions w/ Cassandra, etc. - even though it wasn't to happen...

Even if you're not a dedicated Elvira fan, it's still a spooky theme that many folks appear to be clamoring for w/ great humor to boot. It's a 'yes' on all levels from me & I would be a certain buyer the day of its release w/out question. I've noticed the price of SS gathering steam lately & the re-introduction of these tables through the 'The Pinball Arcade' has really brought these games to light and have shown their fun, artistic design & humor to those that may not have had an opportunity to play the real thing.

Knowing both of your talents & witnessing them first hand at Expo w/ your Whoa Nellie project, this could only be a win/win for all involved. It's obvious to me that you guys can now do this w/ out the need for JJP, so bring it on!!! 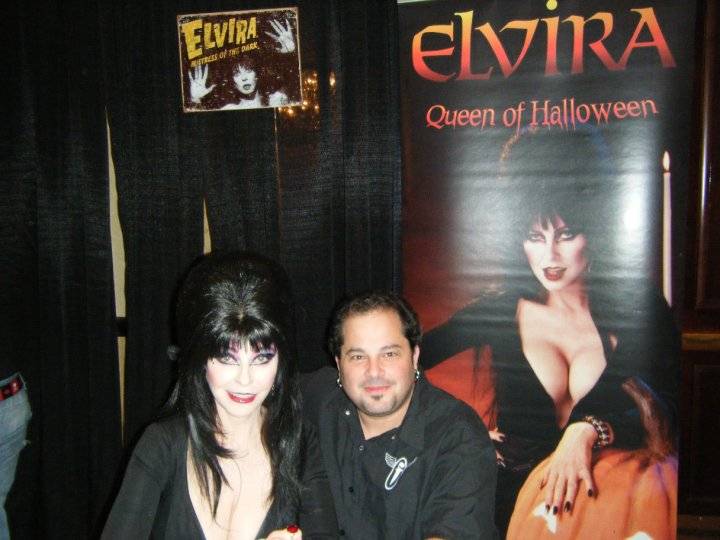 Hmmm not sure that you could beat SS as a game. They did a really good job with it (lol including my name in the attract mode, thanks Cameron) but given the state of the market etc I do not think that a 3rd Elvira pin would hold up as well as the last. The best trilogy when it comes to pins was Pinbot, Bride of Pinbot and Jackbot. My only hope is a non licensed theme but we all know that mad Gary will not be doing this.

Honch? Spfxted? Where are you??? (ha) I just know you guys would be down for this, right?

Are you talking EM style like Whoa Nellie is? or a modern game?

Definitely! Its the perfect theme for pinball. I agree totally that its not about the actress that plays Elvira, it's about the character, and that character will be hot still 20 years from now.

I think it would be too dated to capture much of the new interest in Pinball. I would caution that just because something may be your dream title, it might not be everybody elses. I mean that respectfully. I think there are much better themes to be had. Maybe a horror/ alien/zombie pin with Elvra doing voice overs would work nicely, but not to base it solely on her. (just my opinion). Good Luck with whatever you decide.

How great is pinsider!?!? I open up a thread only to find it was started by Dennis Nordman. Best of luck to your next project, whatever the theme.

There's something about the humor in some of the later WPC games that is missing from games these days. It seems that Greg, Dennis and probably a lot of funny guys who enjoyed what they did cranked out a good lot of games that still make me laugh today. Sacred Stiff has to be the best game out there with innuendo and campiness galore that just cracks you up. Coupled with being a fun game with a nice clear objective it is a blast to play and is one of the games where just everything came together in a nice package!.

Compare that with Monster Bash which could have been a great game but theme and humor wise it just misses the mark and aside from a few lines just isn't funny at all. (flame suit on).

I think Elvira is timeless and definitely would be interested.

I'd buy in if it was more like EATPM and less like SS. I really liked the gameplay on EATPM better. My opinion - yours may vary.

I would like you to complete the black water/whitewater trilogy.

I would like you to complete the black water/whitewater trilogy

here here! A whitewater sequel could be crazy good. However the elvira license might actually be easier to obtain than an original williams theme?

I'd love to see a third Elvira pin come to market, but only if it was able to be distinctive, stand alone game in design and play.

Drawing from the wealth of bad horror/sci fi movies she spoofed, a game that had a host of these varied characters return to kidnap the Mistress of the Dark and allow you to battle them for her safe return would be a hoot. I can picture it now...aliens, monsters, devils and the occasional rotten zombie teaming up to take on the players for her ultimate return would be fun. Would allow for unique artwork, comical call outs, and compliment Elvira's style.

Are you talking EM style like Whoa Nellie is? or a modern game?

Ah, I should have mentioned this. We are talking full blown modern game. Elvira is one character in this adventure game. Could be zombies, could be UFOs, could be monsters, could be Hello Kitty.

I would like you to complete the black water/whitewater trilogy.

I've been think about Bathwater or Dishwater.

I've been think about Bathwater or Dishwater.

Just don't throw the baby out with it. (Man, I must be getting old w/ these references!)

Elvira + Zombies = insta-buy for me.

I would definitely be into another horror theme. Especially if you can get a haunted mansion in there.

I'd be interested. Good luck with the project.
Allen

I really like both Elvra pins but I voted no. Not because she isn't hot or funny but because I'd much rather you both use your talent on another theme. You are one of the best designers out there and I love Whitewater as well. I just don't see how much there is left to get out of the character.

On the other hand, maybe you could work with Jpop to replace Ben Heck with Elvira!

I told you in Chicago I wanted a new Elvira pin!!!

I feel like there are a bunch of really good monster/horror themed games that are out there, but they're always just a little shy of being an absolutely fantastic game for me.

Dennis and Greg, I think the Elvira character is a perfect way to build upon a popular theme and make that fantastic game to blow people away.

I voted no. Not because the previous games aren't good, or that Elvira is/was not an interesting character, it's that pinball would be better served by going forward.

Senior citizen lady who had her day..... respectfully, no.