You're currently viewing posts by Pinsider sparky.
Click here to go back to viewing the entire thread.

Nate, I emailed you a few weeks ago because I was downloading directly from podcast garden and getting random numbers as file names, which made it difficult to listen in order. I took your suggestion and downloaded a podcast app (podcast addict for android) and subscribed to all my favorites. I had been meaning to do that for a while, but hadn't felt the need until now. It makes listening to podcasts and discovering when new episodes post so much easier! Thanks!

Great to hear. (especially because I couldn't figure out the other problem.)
Thanks for listening!

I edited my post. I accidentally called the app "pinball addict," but if anyone is looking for it, it's actually "podcast addict."

I'm only a week behind, but I've missed two episodes! Maybe someone already mentioned it to Nate, and he's addressed it in one of the last two episodes, but his Disneyland Trip Report didn't mention the famous IJ with the custom cabinet located in the store across from the IJ ride. Since you're an annual pass holder now, Nate, check it out next time. 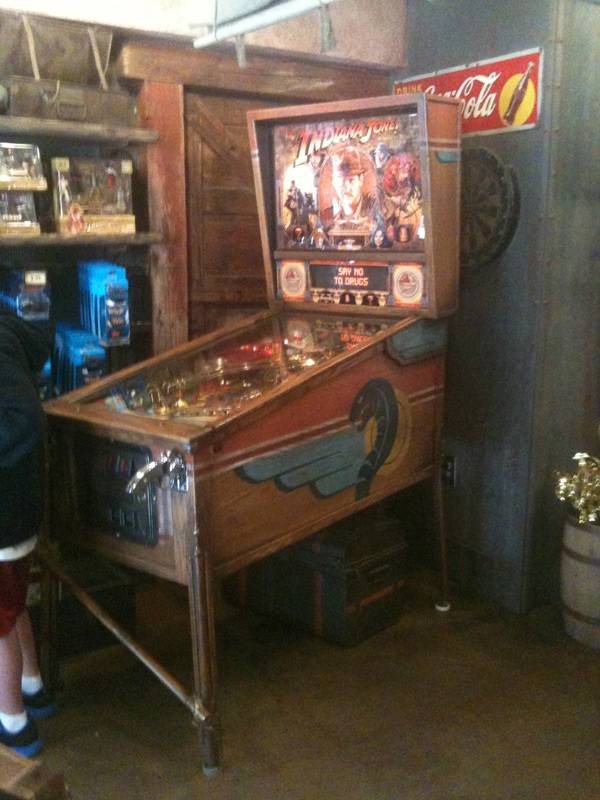 Maybe I missed it, but during the JD vs DM showdown, did Nate mention the different Bonus scoring when using the gun handle triggers on DM? I heard him talk about the gun handles, but more as a novelty toy. I didn't hear him say anything about the increased Bonus scoring (an extra 1mil for every combo when using the triggers). There are also a lot of extra points awarded when doing double thumb buttons in certain modes.

I'm loving all the interviews with the top tournament players! I know some of the names, but other than that, I don't know much about any of them. It's nice to see these guys get "promoted" a little bit.

I've been in the hobby for almost 20 years, but I don't know much about the competitive aspect of it, so it's interesting to see how it's been evolving over the last few years.

Regarding pinball ever becoming a spectator sport: Steve Bowden used golf as an example of something that takes forever, yet it's still presented in a way that interests people. Live broadcasts of golf doesn't show an entire match. It moves from shot to shot and player to player. Poker, for the most part, is edited and shows specific hands on different tables with lots of explanations of what's going on. I think live viewing for pinball tournaments would only work for the hardcore hobbyist.

If pinball were to expand to a mainstream viewing audience, it would have to be edited, and the most viewer-friendly format would probably be match-play between two pre-arranged players who are featured for each show. Changing players from ball to ball, and only showing the highlights for each ball, with a preview explanation of the mode or multiball that was achieved during that ball could make things interesting. Interjections with good graphics, making use of freeze-frames, slow motion, zooms, black/white on the edges with color focus areas, and doing this during each ball to explain how the player reached a super jackpot, or whatever. Showing certain zoomed-in shots, moving arrows, explaining cradles, bounce passes, post passes, etc. that the player uses during that ball. Always show the player losing the ball and their reaction, and then explaining what the next player has to do to surpass the current score. Show a timer for each ball, so the viewer can see the actual ball times, but limit the actual presentation of the match play to less than 10 minutes. Of course, each show would give featurettes of the two players, as well as the machine they're playing. The rest of the show could spend 8 to 10 minutes featuring a collection, similar to what Pinball Roadshow has done, and then also feature a league, with sound bytes from members about why they like to attend league, favorite games, their current rankings, etc.

I enjoy Pinball Roadshow, but if it were produced with a bigger, "mainstream" budget with some of the ideas above, I'd love to see a match-play portion as part of the show.

You're currently viewing posts by Pinsider sparky.
Click here to go back to viewing the entire thread.