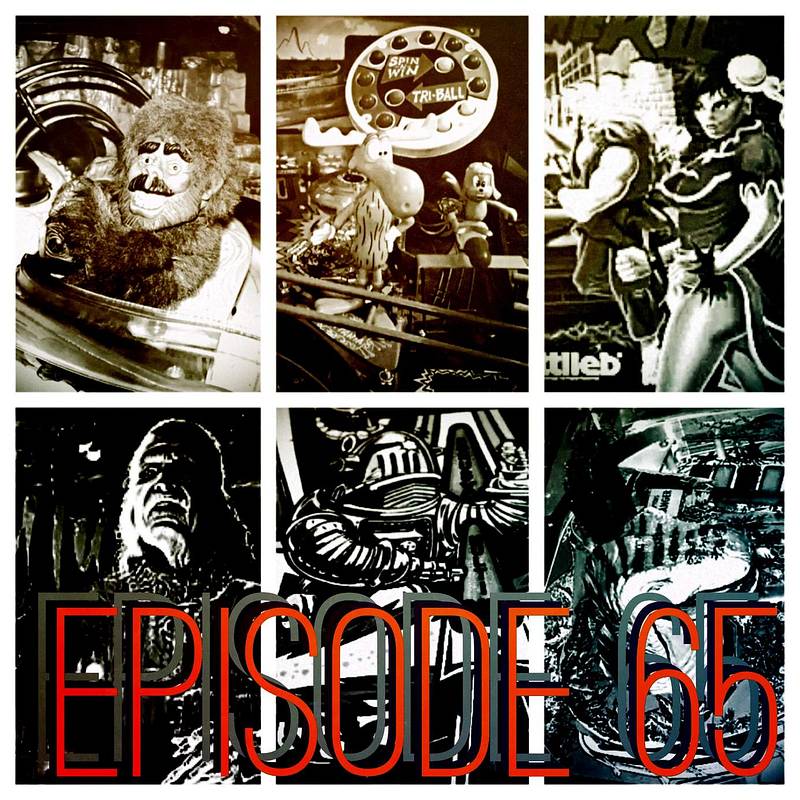 I listened to the comments made on Bullwinkle in the Podcast. I have to stress there were some stereotypical complaints, namely concerning the double score award. Everyone talks about how this ruins the potential for tournaments. I can tell you it in fact does not. This is because the game has a built-in limiter that doesn't allow the double score to come up once you crack 100 million (which is very easy to break on even a sub-par game). My own best score is 800 million, and my average game is about 200 million. I have mine set to a strict 3-balls with a hard limit of only one extra ball allowed as a reward (either by in-game reward or breaking 200 million).

With regard to timers, there isn't a problem there either in my opinion. The only short-timed shot is when you are in WABAC mode, and that is on purpose. The designers wanted the player to have to fluidly make each left ramp shot in a row since this is effectively the "endgame" of the machine. I especially like how the game keeps a separate high score for specifically this mode.

Another complaint I hear about is "wrong-wrong-wrong-wrong hat". This happens when the targets wear out. Simply making sure the target gaps are properly adjusted and adding in some thin padding behind the head of the target keeps this from ever being an issue. Mine only say "wrong hat" once when hit as a result.

Anyway, It is a great underrated game. I think it also has one of the best backglasses of any pinball out there.

Great stuff FirebrandX. I love seeing someone with the knowledge expertly defending and setting the record straight on a very under rated pin! 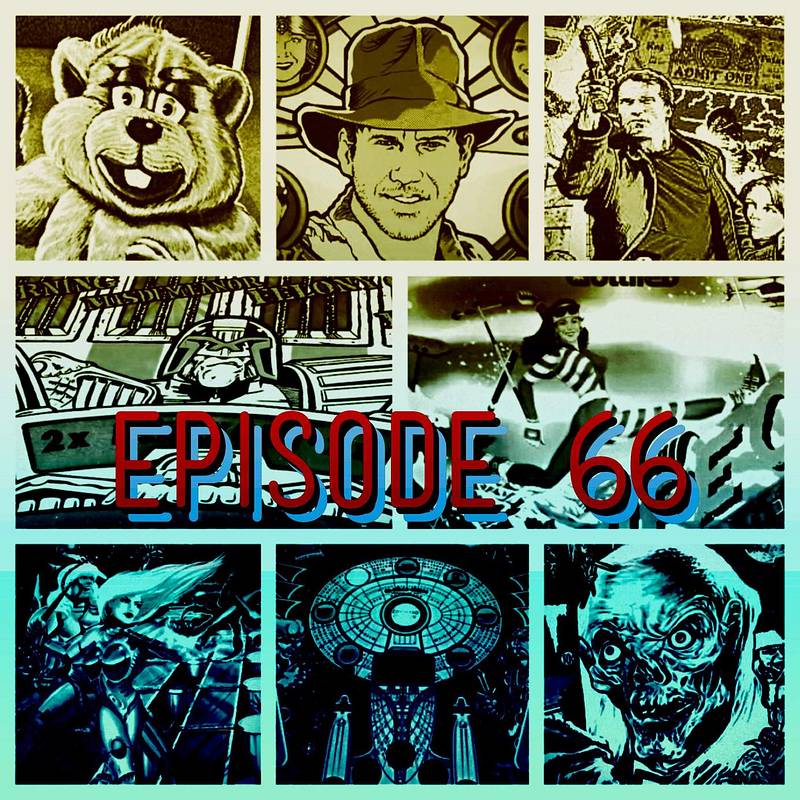 I just started listening and I'm up to episode 7. Great podcast. It makes my commute to work a breeze. Keep em coming.

Looking forward to the next new podcast.
In the meantime until the next episode,
i have been listening to your archive of old podcasts.
Been very pleased and impressed so far.

Someone needs to update their owned pins, too. I spy a certain EM that's missing! 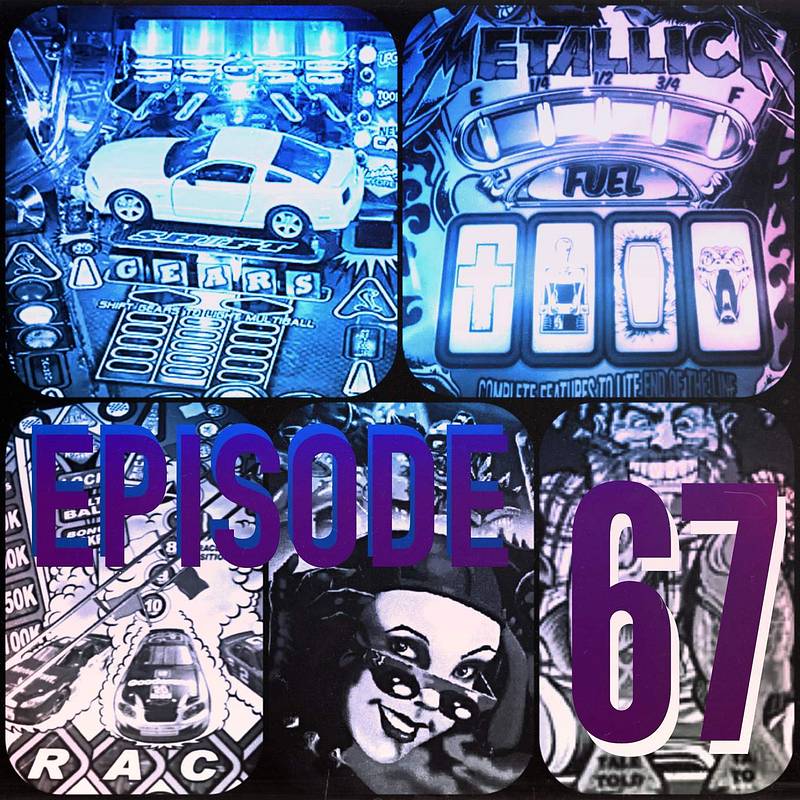 I enjoy the podcasts and love these episode photo sheets, you should make a 100 episode booklet with the eposide photos per page but with maybe the episode name and number small in the corner - cool pinball art collection - great game room flip book.

I listen to the podcast while working on pins. And on my weekly commutes to Toronto. Great stuff, I wish you could do these podcasts daily! I'll put the new episode on while I shop out my new judge dredd today. Thanks! 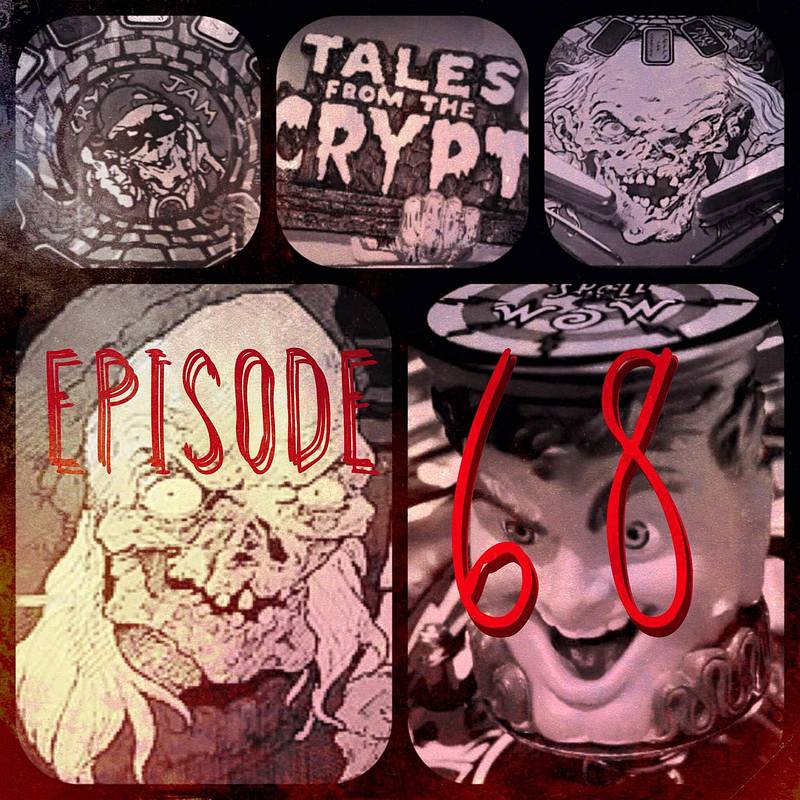 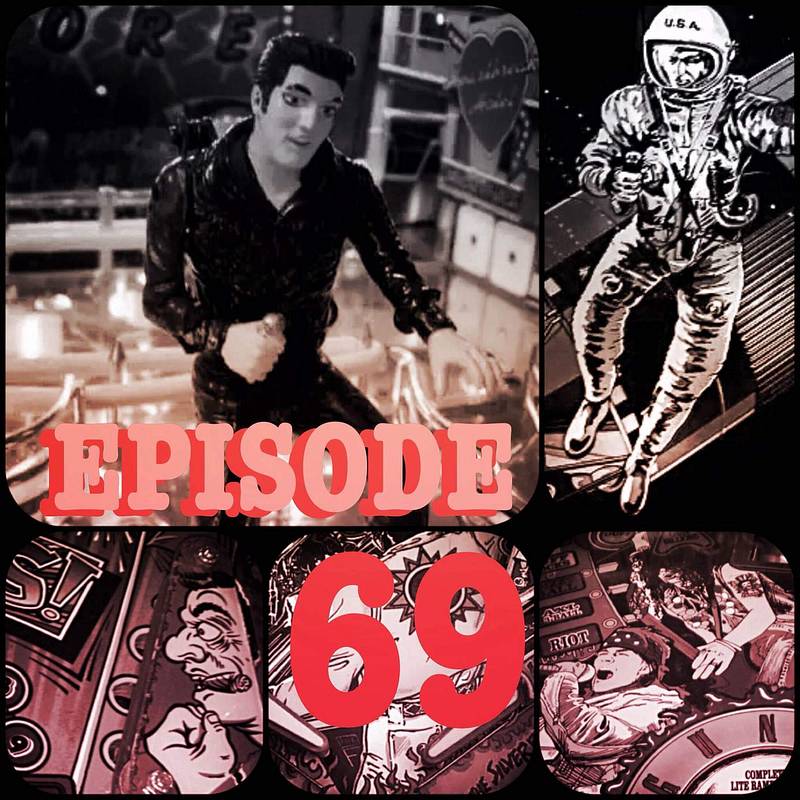 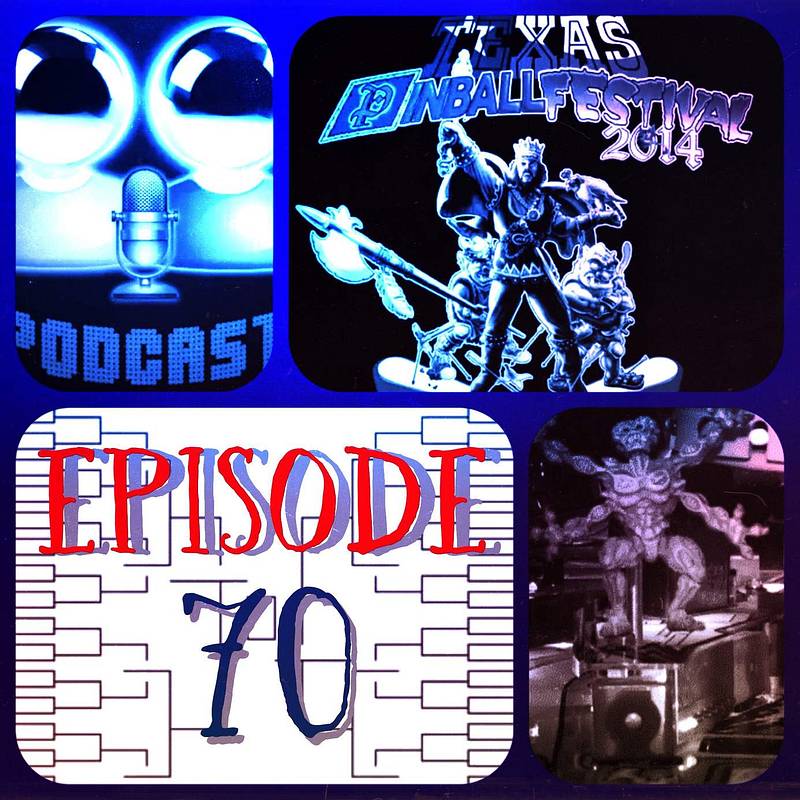 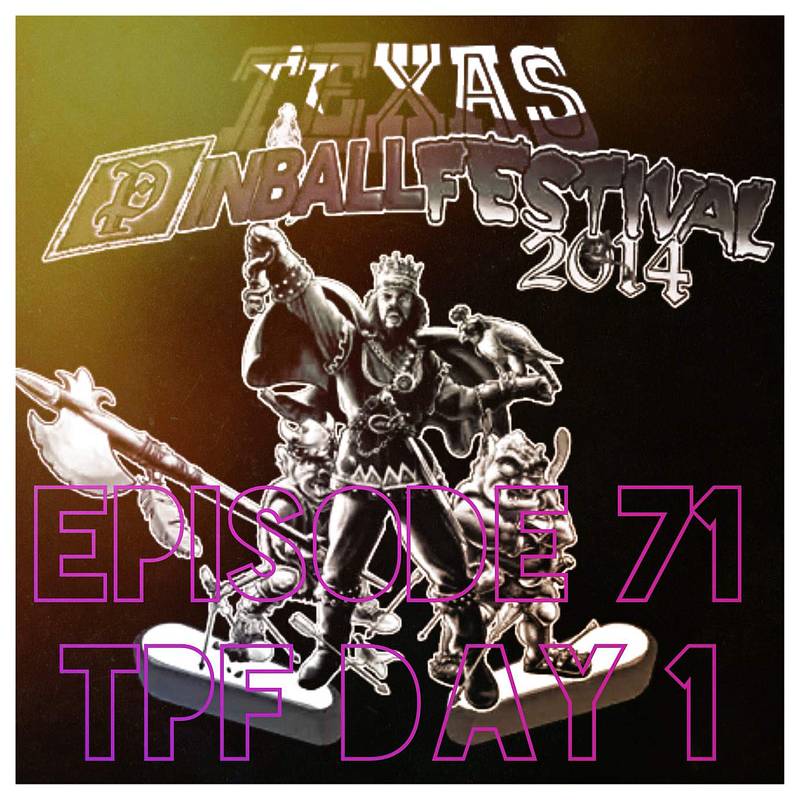 Thanks for the show update! Great for those of us who can't be there. 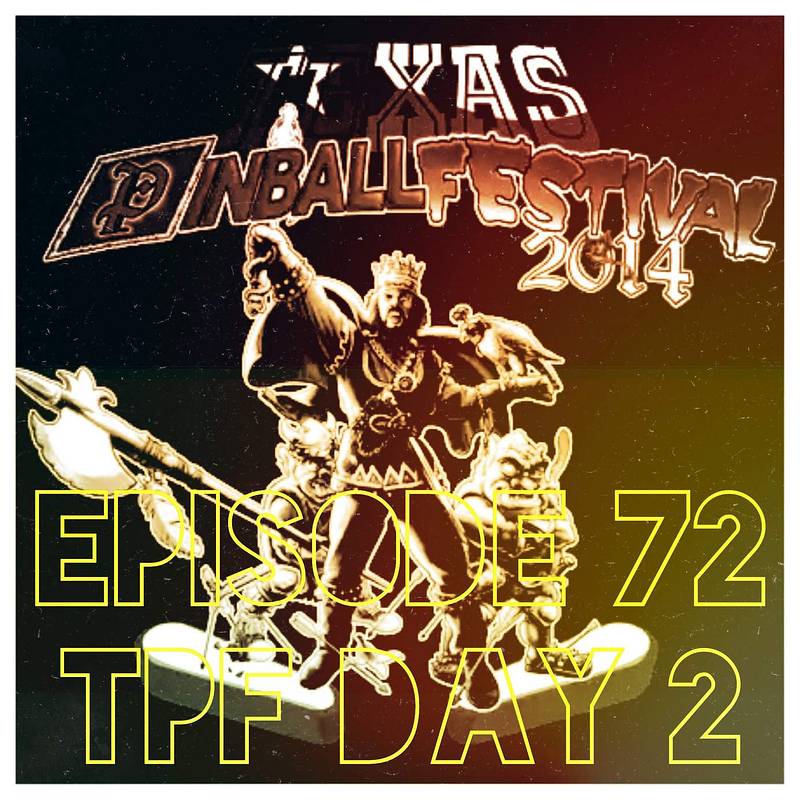 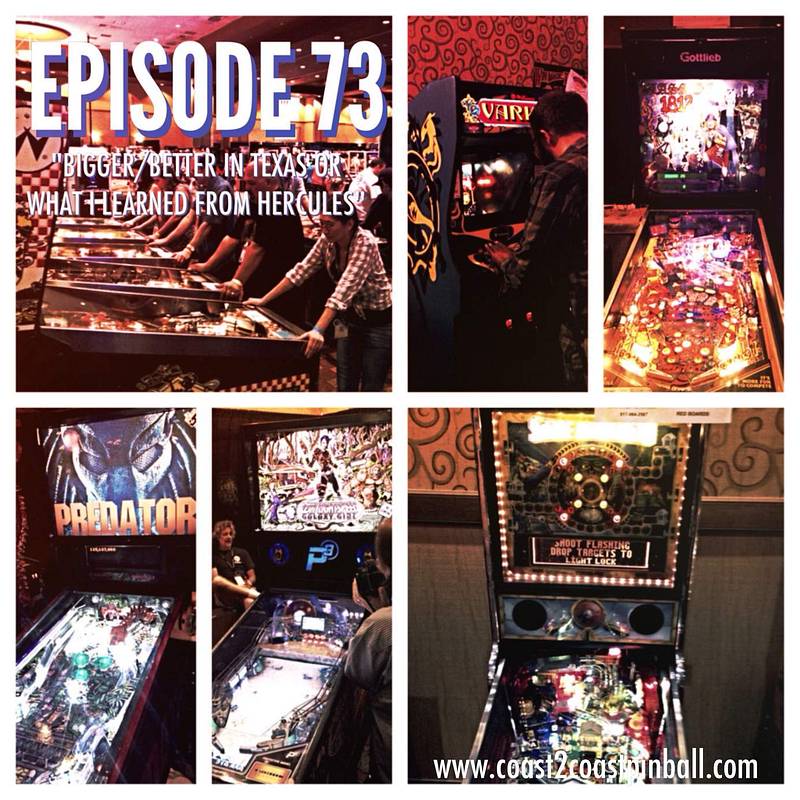 Episode 74 "Rewrite the Rules or Wisconsin On My Mind"
- PPS WPC 2.0
- Midwest Gaming Classic Preview
- Interview with Dan and Mark from MGC 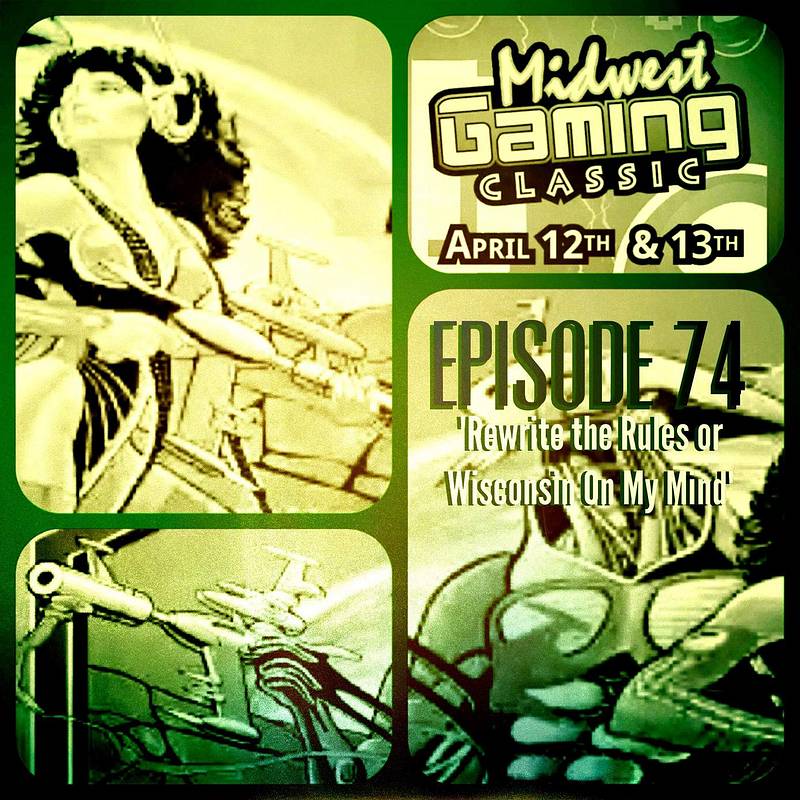 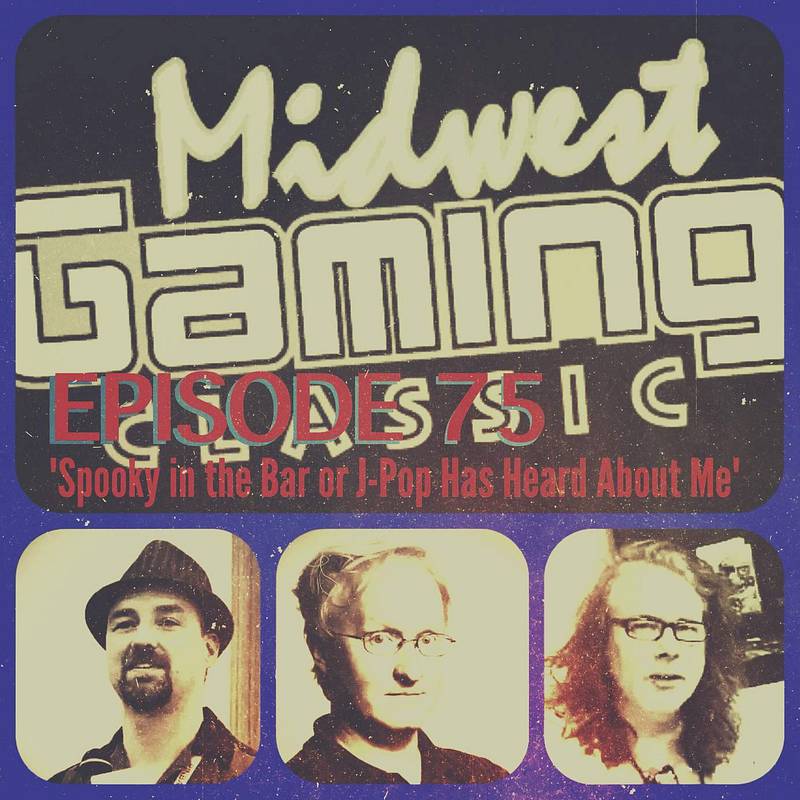 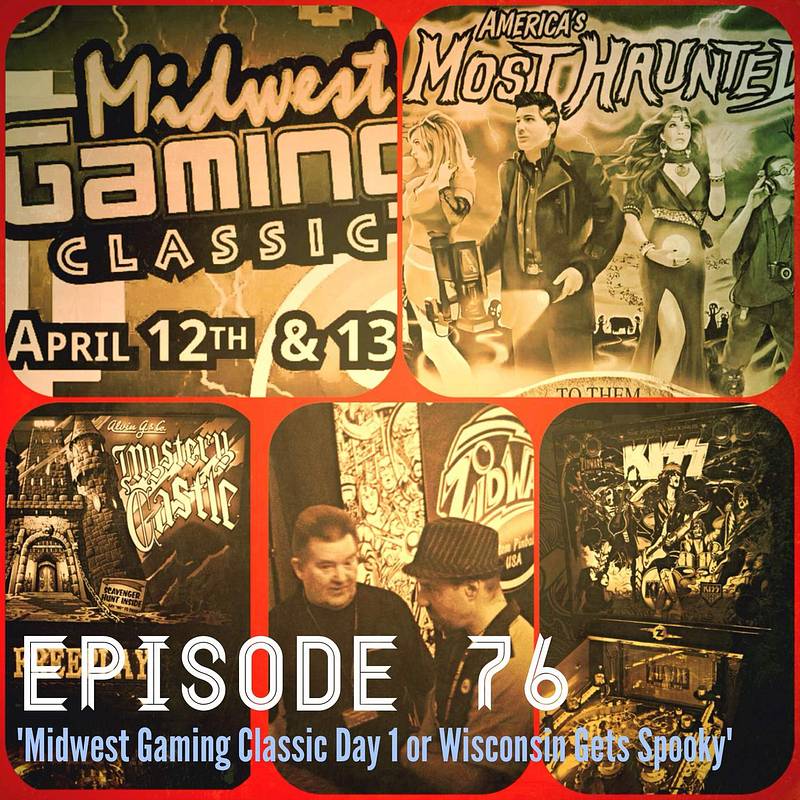 Cool recap
Thanks for making it 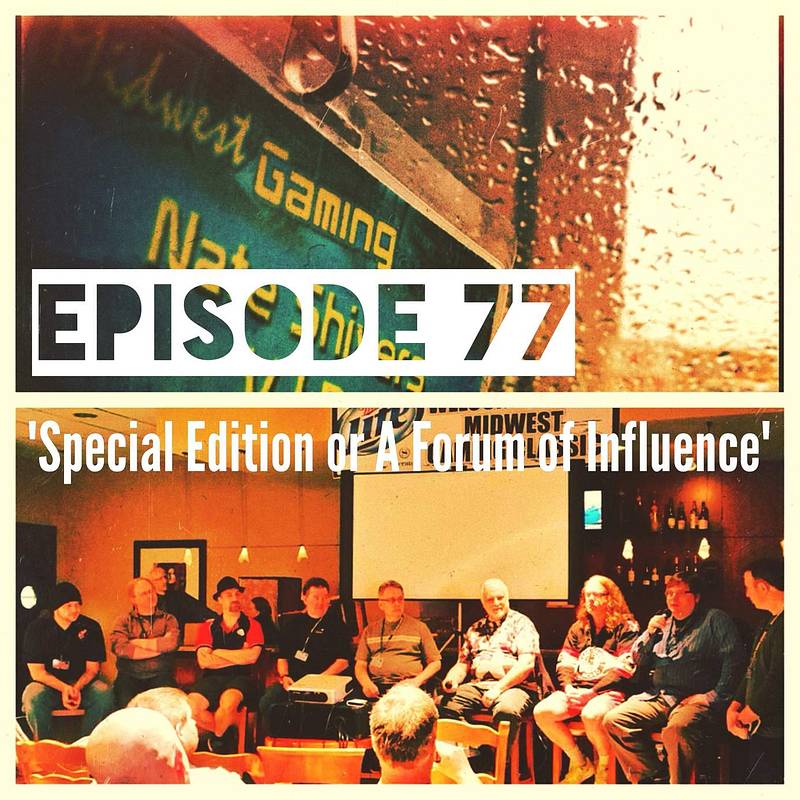 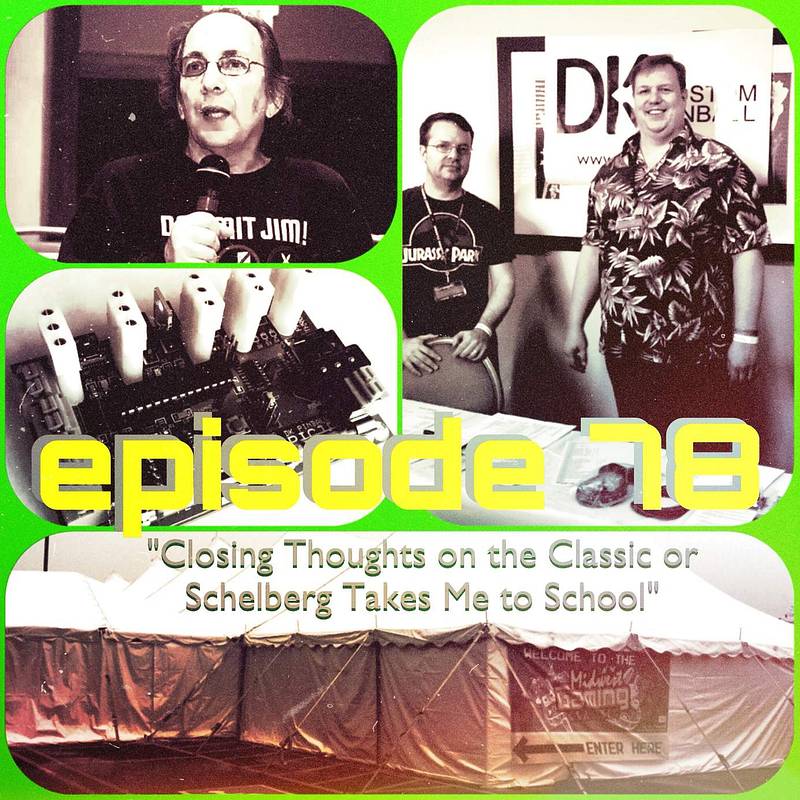 Thanks Nate for all that you do man! Seriously, I look forward to your podcast! I look everyday haha.


Quoted from policano:Thanks Nate for all that you do man! Seriously, I look forward to your podcast! I look everyday haha.

Love the Podcasts. Keep cranking them out. I need to go back in the archives.

Episode 79 "Easter Basket of Email or I Dread Selling Dredd"
-Emails answered
-Selling games and hating it
-Looking at what shows are coming up
-?
http://www.podcastgarden.com/episode/episode-79-easter-basket-of-email-or-i-dread-selling-dredd_15900 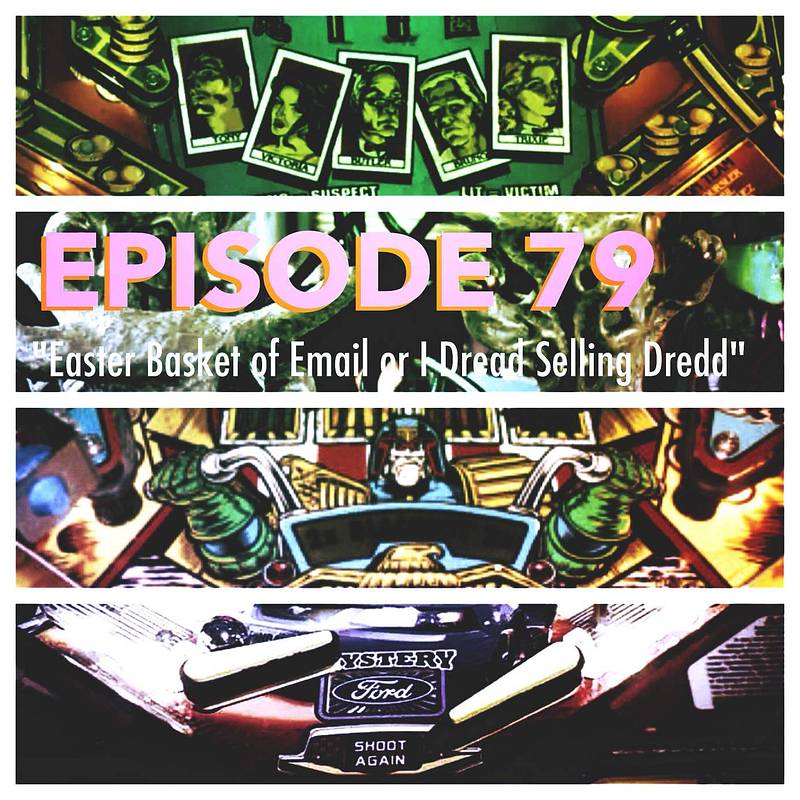 Dang
You putting these podcasts out too often and fast,
so now i am way behind again.
Good thing is that now I will have something to listen to
on the long plane trip back to work in Africa.

Dang
You putting these podcasts out too often and fast,

Don't listen to him.

These are all new to me, I spent 9 hours driving and listening to them today.
I'm now a lifetime listener!
Great job Nate

Hey nate, I really enjoy the podcasts. keep them coming.
Are you planning on going to pin a go go? it would be great if you could be there. 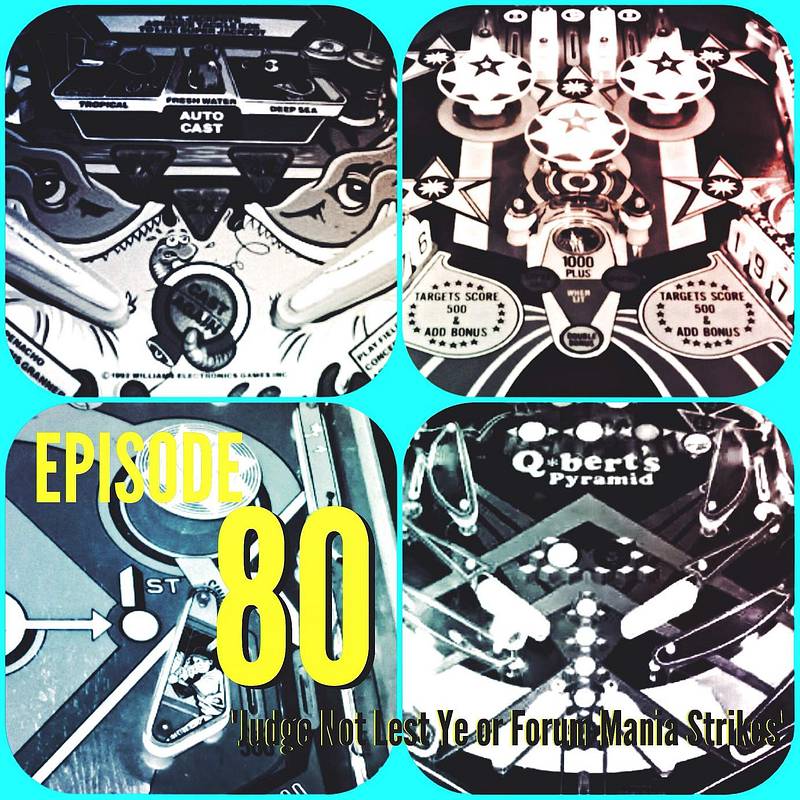 I'm one of those people that likes the Forum Frenzy, especially since it led to a mini-Going Up, Going Down at the end. I do miss the variety of planned segments, but with all of the news about new pins and shows, it's understandable. 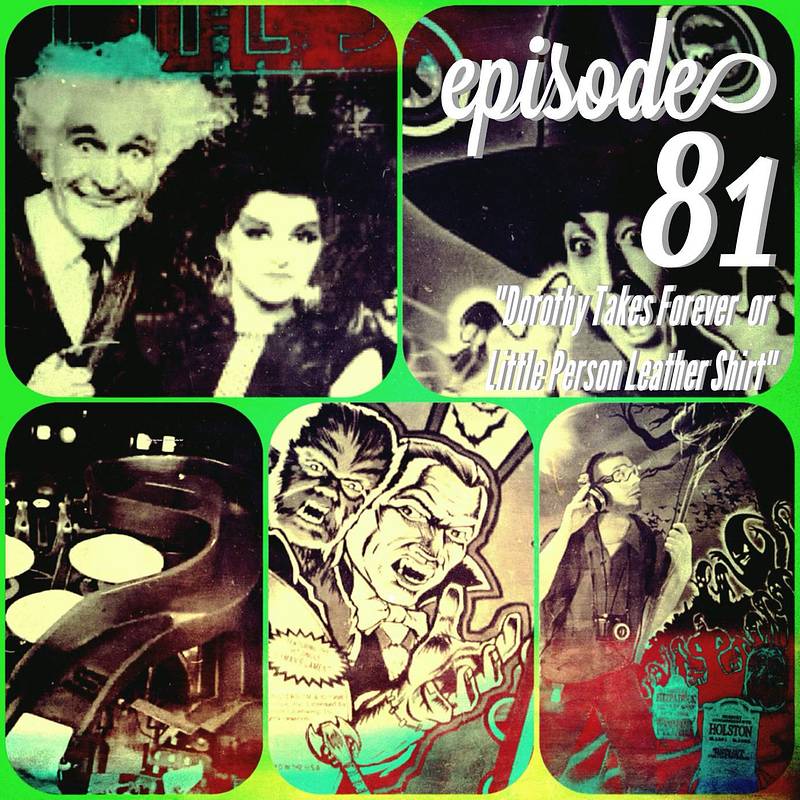 Episode 82 "ReBig, ReBang, or To The Moon Theresa"
-Theresa!
-BBBr?
-Random Number Generator Game Review
-Wish I was in Allentown 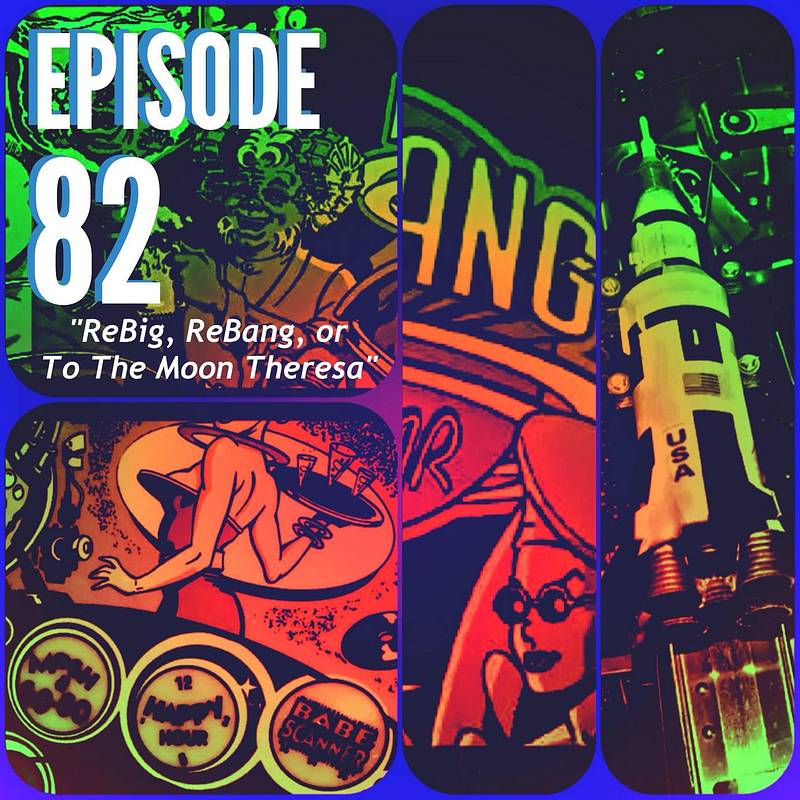 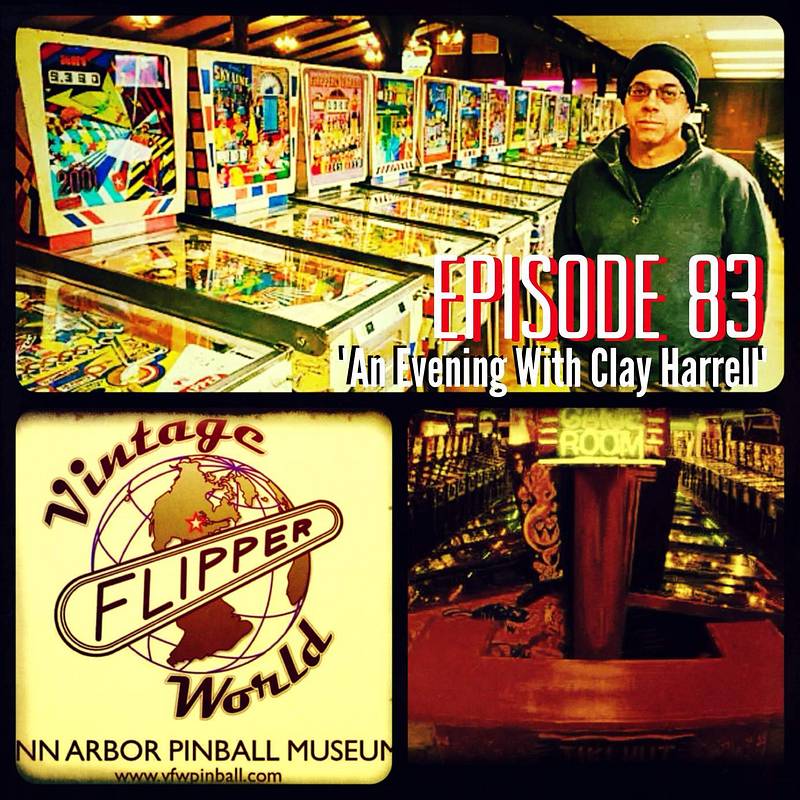 It was great to hear from Clay again! If only we could get him to start Topcast back up! So much has changed in pinball and I would love to hear some new interviews along with Clay's(and Norms!) thoughts on pinball today. Thanks for this Nate, I look forward to your podcast the most of all the ones I listen to. Keep up the great work!

Great interview with Clay and friends.
What Clay has done with the VFW building
is what i need to find and do also to house my collection.
Someday?!?!

That VFW looks amazing. Reminds me of Peck's Pike out here on the west coast.

Absolutely wonderful to hear Clay! Thank you for doing this interview.

That VFW looks amazing. Reminds me of Peck's Pike out here on the west coast.

I got to visit Randy's place in Long Beach about 3 yrs ago, and he only had games in the downstairs portion at the time, would love to see how it has progressed since then.
He has a large collection to rival anyone's.
Would hope to get to play and/or see one of the rarest pins out there: Bally's StarShip
(the one of a kind EM version of Supersonic, with Star Trek's Enterprise on the BG)
His collection's only flaw is that his pins do not have master pin mechanic like Clay looking after them
A visit & interview by C2C would make for an excellent show in the future,
especially as it is only about a 2 hr drive from San Diego.
In fact there are probably at least a dozen collections on the west coast one could visit and talk with the owners to provide content for future podcasts.
I am sure there are collectors you could visit on east coast also, like Vic Camp's collection.

Loved hearing that "special guest...." soundbyte again. I'm really curious about those non-archived episodes from that other podcast that got nasty. Now I REALLY wanna hear 'em! Anyone got 'em?

Always great to hear Clay speak, what a cool guy! Thanks for the interview.

Loved hearing that "special guest...." soundbyte again. I'm really curious about those non-archived episodes from that other podcast that got nasty. Now I REALLY wanna hear 'em! Anyone got 'em?

Good Luck with the Gary Cubeta podcast search. I was interested to hear them as well as he hosted a wrestling interview podcast that I used to listen to. He was certainly a character....

I believe i have them on my old work flash drive. I'll check, (i checked it was topcast episodes) not rgp, starting to think it was live and not file saved for later listening at the time. Sorry guys that PM'd me.

Yeah, there was some definite bad blood there for some reason (with claims of cyber attacks)and it was like he was ousted by RGP group, never knew the truth, never really cared all that much. His show was streamed live at like 9 or 10pm and with the time difference it was nice to listen to live while at work. I think he even did phone calls.
Oh and that was during time of Medieval Madness Remake number one. Wanye? Which at the time i was so close to putting money down on, but due to different country i didn't (thank God), now the real deal is happening and no way in hell to afford it. Sucks because MM from just personal taste, memories of first time playing at fair and such is my number one "wish i owned" game.