I am running the Pascal PI-80 all in one board. Before booting, I checked power, re-pinned connectors, rebuilt the four pop bumper boards, rebuilt flippers and pops, and generally gave the game a good going over.

It booted ok - and most everything seemed ok except for a few adjustments - like getting the right flippers to work by cleaning the U relay - adjusting pop bumper switches, etc.

Then - the upkicker coil from main playfield to the attic started giving Error 2 "No current is flooding thru the coil, although it is energized". I also noticed that the trap door stays open during gameplay (but closes between games).

That's it - those were the only two problems left and everything else was working 100%. So I adjusted the rubbers to keep the ball from going into the upkicker, and played some games. Usually, as you're hitting targets/switches - it knocks off some of the crud and you begin to see improved performance. So far so good - until the coil that kicks the ball from the basement to the main locked on. WTF!!! It was working fine - and for that matter the upkicker was working ok for a while also.

Now the game is unplayable ...and I'm at a loss as to why those coils which were working, are now F'ed up.

I'm frustrated and it's probably time I walk away for a bit before I break something else. My biggest worry is that there is some old funky wiring/repair that is causing backcurrent, and I'm blowing power transistors QSx, (x = given coil number) on my $400 Pascal board.

So I now have three problems - severe enough to keep me from booting the game.

1) The coil that kicks the ball from the basement is locked on.
2) The upkicker coil from main playfield giving Error 2 ("No current is flooding thru the coil, although it is energized").
3) The trap door stays open during gameplay (but closes between games).

I'm open to any suggestions, and would greatly appreciate any help.

The first thing I would scrutinize, would be your repinning work. You say you repinned the connectors. You did all of them, including the double-sided one(s)?

Ok - so I looked at your other thread.

I would say that those connectors you cut off can be repinned. Don't throw them away! Some of those single-sided connectors can be hard to source, and repinning an IDC connector is a better option than cobbling together something else.

You did all of them, including the double-sided one(s)

Yes, and I feel pretty confident about this work.

This could be it - it would explain the behavior. Thanks for the quick reply guys. I'll check schematics later today when I get a chance. ...was too frustrated yesterday to even pull 'em out. Funny how a decent night sleep can get you back on track.

I would say that those connectors you cut off can be repinned. Don't throw them away!

And yeah, I do save those for a rainy day.

Is it possible the problems are from using the wrong coil? 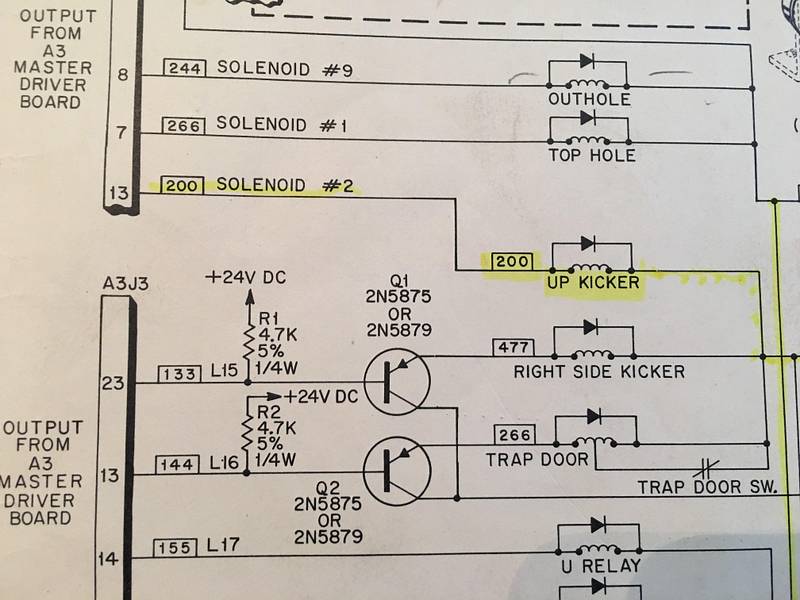 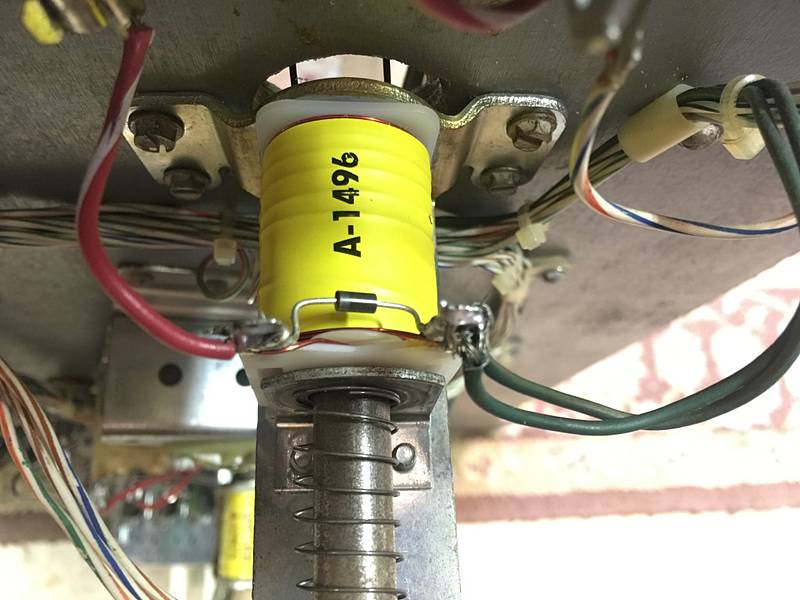 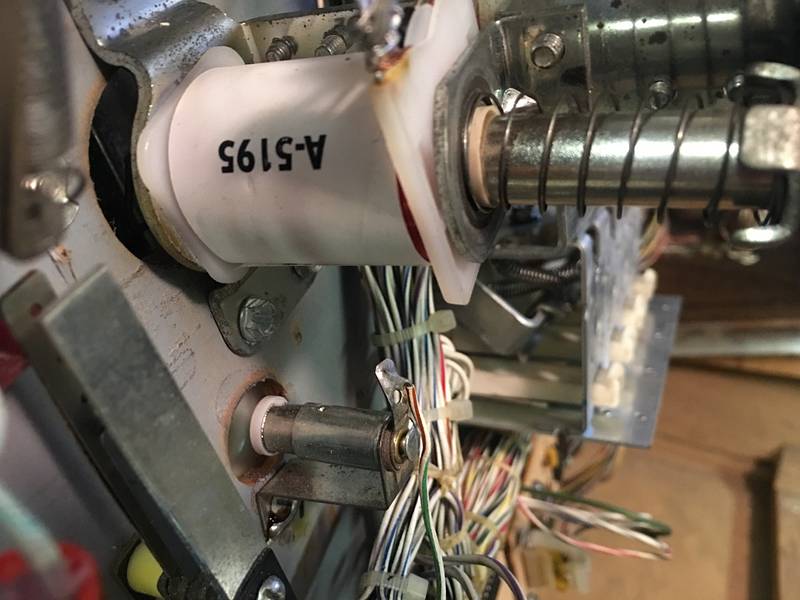 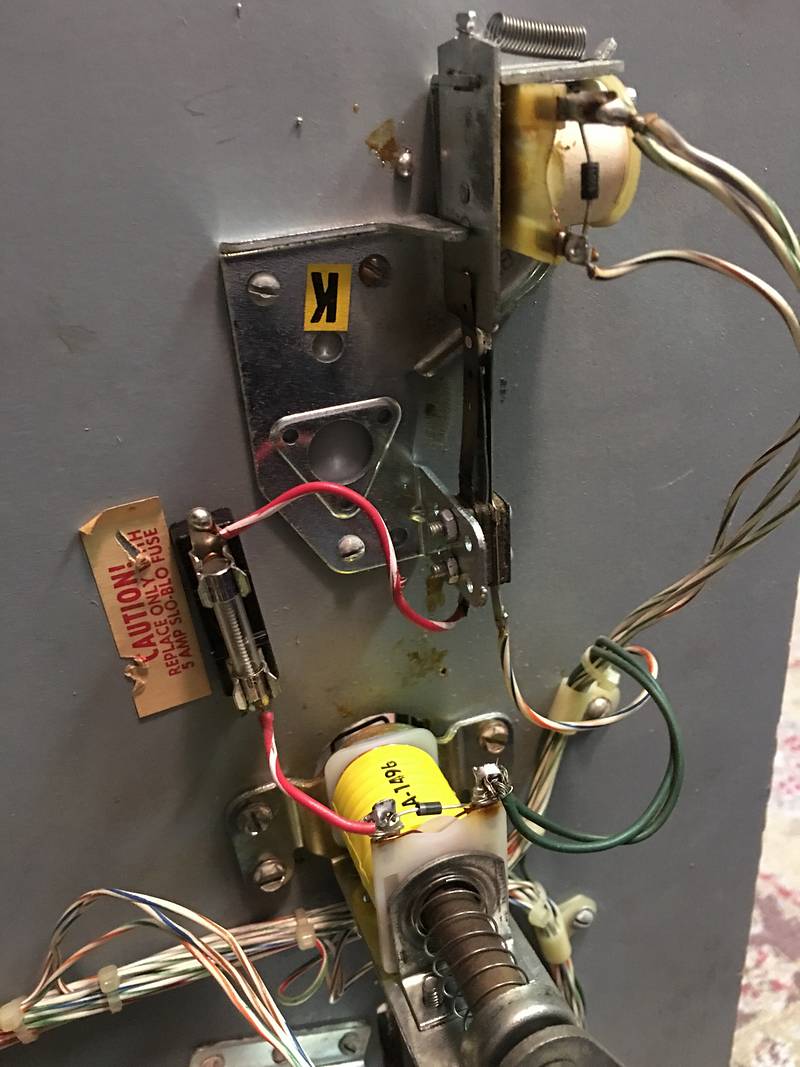 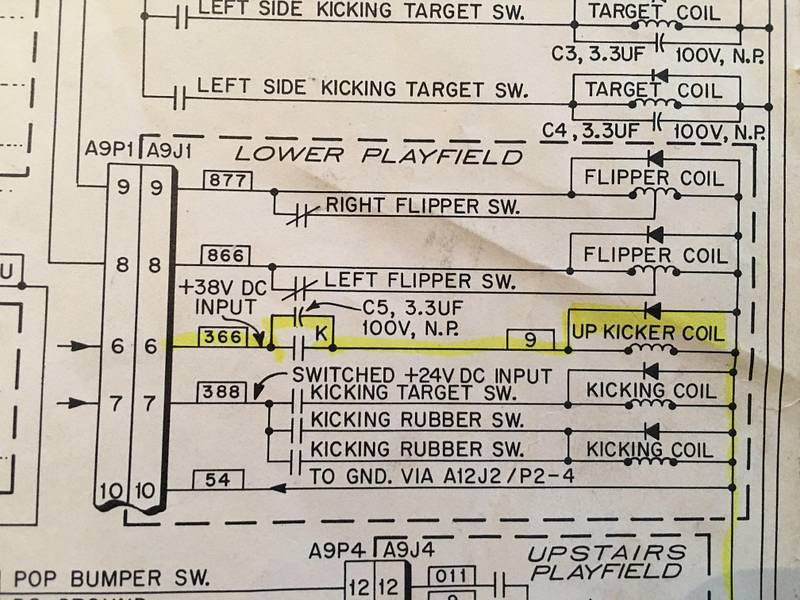 Sometimes the problems are right in front of your face. The K relay was closed - just needed to be gapped. Now the basement upkicker to main works perfectly. And I think I may have found a short causing my other problem with coil #2. Tested OK!

I still plan to replace the remote mounted power transistors, as I suspect this may be the reason my trap door is staying open during gameplay, but closes correctly when the game is over. ...and my bottom pop bumper is intermittent - suspect the transistor or may need to reflow/check connections. So I guess I should say I'm 99.9% - but I'm playing and having a blast!