You're currently viewing posts by Pinsider Tez17.
Click here to go back to viewing the entire thread.

Okay, so I don't think its wrong of me to assume that some of you on here (Like me) are fans of the cult classic tv show; Mystery Science Theater 3000. Those of you that are, likely have heard of their success in raising funds on Kickstarter (for the 2nd time!!) for another season. This is a franchise that frankly is PERFECT theming for a pinball machine. Consider how well the Elvira pins or Bally's CFBL capture that classic campy B-Movie feel. I wanted to start this forum to toss around ideas on what types of things could be incorporated into a MST3K pin, who the best maker would be for it, and also just generate discussion for it. Crazier things have happened from forum discussions before so why not? For MST3K as a brand, now would be the best time to begin development on something like this since they are going independent from any network. More word of mouth discussion for them, the better.

For maker, as much as I would love them to be picked up by one of the two triple A brands right now (Stern/Jersey Jack, both for production number reasons and budget reasons), someone who might be more likely to take a chance with them would be Spooky Pinball. Somewhat fits given the ties of Wisconsin to both and the more "roots" origins of both groups.

I think it would be great if they could get an art design similar to what Stern did with their Ghostbusters pin. In other words, that hand drawn animation look that is still somewhat realistic. Pretty much exactly what they use in their "retro" poster artwork for the dvds (See attached). I think including all 3 of the hosts in some capacity could be great as well, maybe even offering different modes for each that involve "playing through" some of the notable films from their respective eras. Would love to see a variety of clips from some of the classic episodes and movies shown on a tv screen (Torgo anyone?). Perhaps when the game starts, you get the famous door sequence. Or use the door sequence on the playfield even? Several drop targets lined up for an infield "hallway sequence" to eventually get all the way to "Theater mode" which starts a movie (Complete within a time limit with movie sign noise playing). For toys, I think you have to include Tom Servo and Crow in some capacity. Gypsy would be fun but less essential (Some reason I'm thinking a magnet toy). Tom could have a similar toy mechanism to the gumball machine in Twilight Zone. Crow could maybe be a ball lock mechanism with his mouth, taunting the player as you go ala Funhouse. Too many options!!

The famous moon could maybe be done as a spinning toy in the backfield or made solid for the plunger handle. How much would the rights be to get Lou Reed's Satellite of Love playing as an Easter egg? Maybe to pay tribute to the mads of the show, there could be a lower playfield mode that would be Deep 13 or Gizmonic Institute. What are some general gameplay aspects you like/dislike about more modern pins? Other aesthetic looks you would want or hope to see? Comment below and lets get the discussion going! 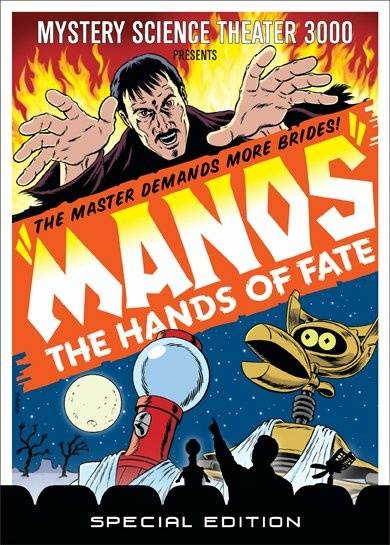 To add to this, which movies would you want incorporated into the game? We're assuming some movies could be built into the gameplay/art itself and others could be shown just as clips in the "theater" (screen). My personal top 3 would be Mitchell, Final Sacrifice, and Great Spider Invasion. I have a soft spot too for Bride of the Monster but mainly because of its connection with Tim Buton's Ed Wood and less because of the actual episode.

Interesting ideas so far. I'm happy to see others sharing their thoughts on this. One new thought I had was what if the whole machine was to be a new experiment by the mads? Meaning new clips could be filmed on whatever set is being used for the next season to show and give the machine its own "story" that could be progressed in a "choose your own adventure" format. Film clips from many of the old classic could still be used as well as cameos by former cast members. I've heard their Alice Cooper machine had a dungeon crawler aesthetic to its game play that could maybe be done here but using the Satellite of Love as a template with movie signs interrupting your quest during the game.

You're currently viewing posts by Pinsider Tez17.
Click here to go back to viewing the entire thread.