Starting a few new projects this year . One of these is a replacement for the 80B display screens. The plan is to make something cost effective that will be fully plug and play with original hardware, but will also offer some enhancements to the score display over and above the originals. All settings based though so you can have factory if you wish.

I am creating a full emulation and port of the originals hardware system - 10941 and 10939 Rockwell controllers.

One interesting feature will be options to increase the display sizing

More 80b projects to enhance your loved games 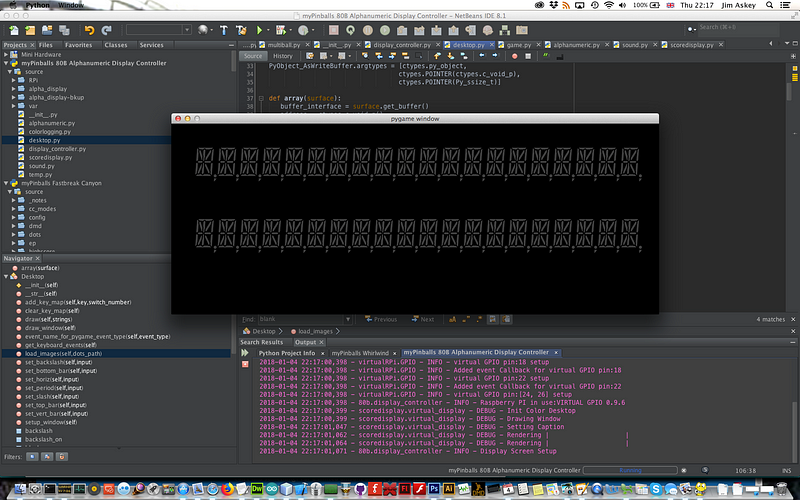 This is an interesting project and it is always nice to have an alternative to replace these displays that are becoming rare.
Sure it's a good idea to start with something simple to validate the concept and the emulation. Mechanically, it can be quite complicated especially on the 80B, it is not only the size of the display that changes but also the mounting place and the connector.

Subsequently, it would be a nice evolve to do the same thing for all 80B, and why not, also for the first SYSTEM 3

The first SYSTEM 80B actually used smaller displays.
The MA-644 boards first used VFD tubes from ITRON - FG209M2. Then, FUTABA 20MY-01Z tubes were mounted on MA-644F cards. Their pinout was different, but visually it was the same. Both boards were using a flat connector and the 10941/10939 chips.

Later, Gottlieb used larger displays on MA-999 boards.
This is this model, you try to emulate. The VFD display was then an ITRON FG2013B2 and the logic 10941/10939 is retained, but on the other hand the connector is now a model with spikes. Note that, there is a special model of the MA-999 board that has been used on the NIGHT MOVES cocktail table. The board is the same, but for mechanical constraints, the connectors has been mounted on the back side.

The same ITRON FG2013B2 VFD tubes were used on the first SYSTEM 3 in MA-1361 boards. However, the logic no longer uses the 10939/10941 and the connector was switched for an HE-10 format. This obviously does not work in the same way, even if visually it is identical to the last 80B.
It's funny to see that just like for SYSTEM 80B, there is a derived version for SYSTEM 3 named MA-1431. It is still the same board, but used on the CARRIBEAN CRUISE cocktail table, with (again) the connectors mounted on the back side.

To avoid polluting the topic, I will not put my photo here, but the sizes of the displays/boards can be compared here: https://www.flipprojets.fr/Testdisplay80B_EN.php
It can be noticed, that the size of the boards is identical, as well as the location of the fixing holes. It is clear that the connectors are also different, but as the tube is not centered the same, the boards are not mounted exactly in the same place. Likewise, the cutting of the display window in the backglass is different according to the models of 80B.

Of course start with the simplest, but keep in mind that it could evolve.

I'm glad you've decided on this project. I will definitely be in to buy a replacement display for my Robo-War. The one I have low brightness on the top row and I'm afraid to try the 9V battery trick, as I'm afraid I'll damage it and there are no replacements currently available.

Please PM me when you have them ready and I'll definitely buy one!

I need one of these displays for my Gold Wings pinball machine. Any idea when you’ll have them for sale?

Following. Would love some more System 80b displays.

noflip95 Is it possible to use a Caribbean Cruise MA-1431 display in a regular System 3 game? Need a display for Deadly Weapon.

noflip95 Is it possible to use a Caribbean Night Cruise MA-1431 display in a regular System 3 game? Need a display for Deadly Weapon.

You better not be taking apart a game that there was only like 377 of made to save one with more than double the production! What are you going to do with the CC if so? =Þ

You better not be taking apart a game that there was only like 377 of made to save one with more than double the production! What are you going to do with the CC if so? =Þ

Frax Nope I don't have a CC, just only see displays for CC for sale. Cannot seem to find one for regular system 3's. Just looking to complete the DW. It's the only part of DW missing.

frax Nope I don't have a CC, just only see displays for CC for sale. Cannot seem to find one for regular system 3's. Just looking to complete the DW. It's the only part of DW missing.

Oh, that's odd. I'm about to get a Night Moves. Fully working afaik, but seeing some kind of replacement for these displays will be great.

My plan is to make the replacement work with all 80b models, plus there will be settings to adjust the sizing, so you can increase the text character from what was originally available or leave it factory. I am aware of all the different versions used in 80b and all the connectors so fear not

The first prototype lcd screen came in today. Perfect size for the 80b era display panels. 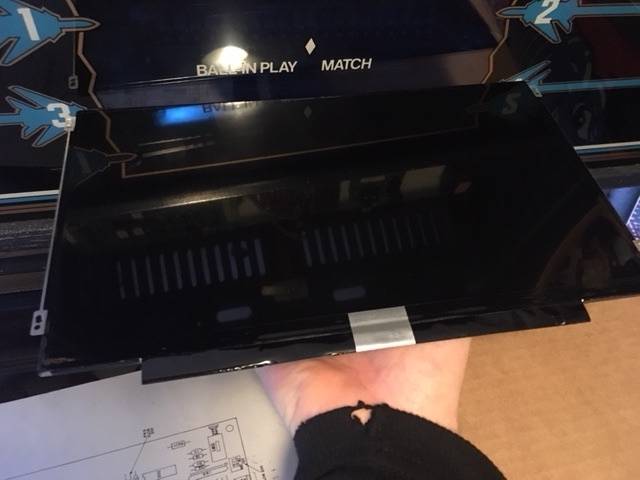 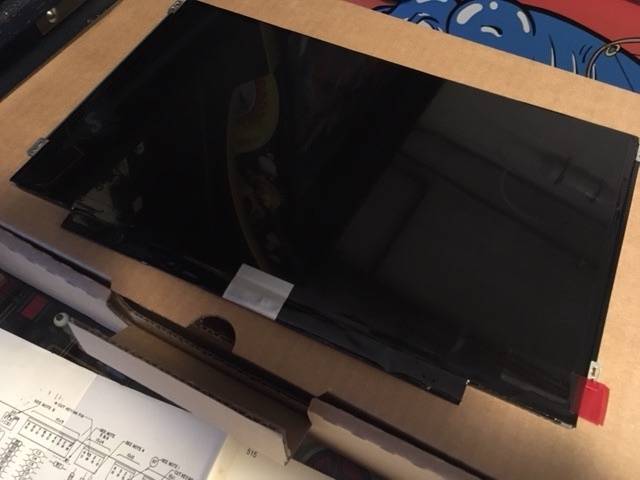 I just had adventures sourcing a 10939 for a funky victory. Hopefully it works. Godspeed to you!

Following. Glad to see this, Can't wait to see the progress.

Following. You are my hero.

Totally following, it would be awesome to change the colors and font from alphanumeric if possible for us customizers? You did such a great job on that Squawk & Talk board I just ordered from you for a Fireball 2 thanks much man!

Any updates of your progress?

Is this still an active project? Whats the progress?

Any updates on this project?