The Munsters Hype (Because every evening its Halloween)

You're currently viewing posts by Pinsider medisinyl.
Click here to go back to viewing the entire thread.

I don't know any special info about it, but I'm definitely looking forward to a Munsters pin (and Elvira if it's still happening). ACNC is getting my money in the short term. IMDN is on my radar, but if Munsters is out by the time I'm willing to put more funds into pinball, I wouldn't be surprised if I go that route instead. However, Fall Out Boy may have tainted the theme music for me a bit...sigh.

I imagine this news will bring mixed responses... 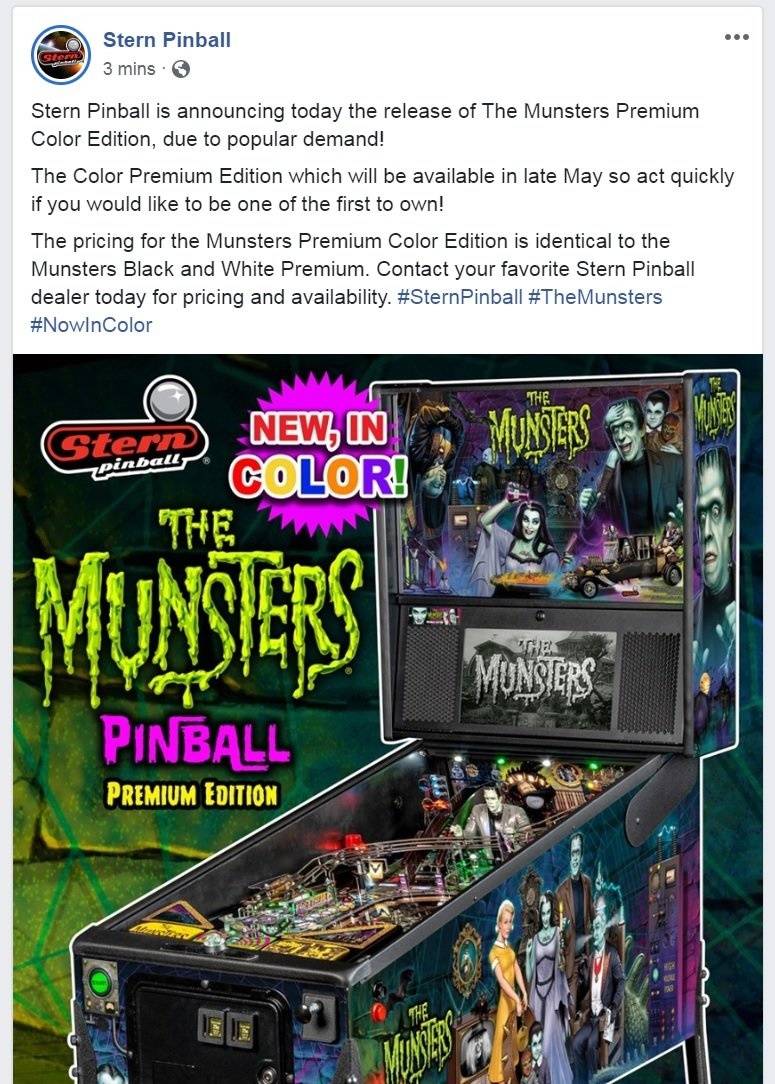 They shouldn't have done the black n white to begin with. Lack of sales is driving force here I promise you!

I personally like the appearance of the Black and White. Upon initial leak of the game a ways back, I thought it may be the first game I'd consider an LE on (love the theme and the early leaked LE art package looked the nicest to me), but I waited until TPF to play it several times and just couldn't find a reason to add it to my collection.

If I were an LE buyer, I wouldn't at all be happy about the Premium getting the color treatment--it was one of the reasons to buy the LE over the premium, and I imagine it could only hurt LE value...as well as customer trust on future titles.

You're currently viewing posts by Pinsider medisinyl.
Click here to go back to viewing the entire thread.