This sold at a Gooding & Co auction in Scottsdale.

Cool game but that's crazy. And not even in that nice of condition.

Just shows, despite the Pandemic, their are people with crazy money to spend. Obviously 2 or more people were bidding for it to hit that price.

One was posted here , a couple of days ago... less than 1/10 of the auction price. Never seen one , thought it was very cool

Great memories playing that at the “Land of Oz” mall arcade in the late 70s. (It helped pass the time while waiting in line for the first Star Wars movie!). Also played a lot of Midway “Whirly-Bird” at the time, and I never realized how rare they were until I got into pinball as a hobby two decades later.

If I remember correctly (I was about 11 y.o. the last time I recall playing) Race-Way was more pinball than anything else. The blue and red (Maserati and Ferrari, I think) cars were driven by (I assume) moving magnets under the track in response to making shots with the pinball, seemed like “magic” as a wee lad. The goal was to shoot the ball into the various holes to advance the car or trigger bonuses, and hitting the slings served to increase the bonus pot; the score reels were the “lap counter”, and he or she with the greatest number of laps wins.

It’s quite possible the diecast cars are the most valuable part of that game, assuming they are indeed genuine “Dinky Toys” Grand Prix cars from the 50s!

Someone brought a Flying Turns to an early TPF, which is the model that sold on here this past weekend at $5900 in a matter of hours. I remember spending a good chunk my time at that TPF camped out on that game. It’s super fun.

One was posted here , a couple of days ago... less than 1/10 of the auction price. Never seen one , thought it was very cool

One of the issues with Raceway is the frequency of the ball draining down the centre from initial shoot. On later machines I understand Midway installed a diverter but I have never been able to get more info or one. 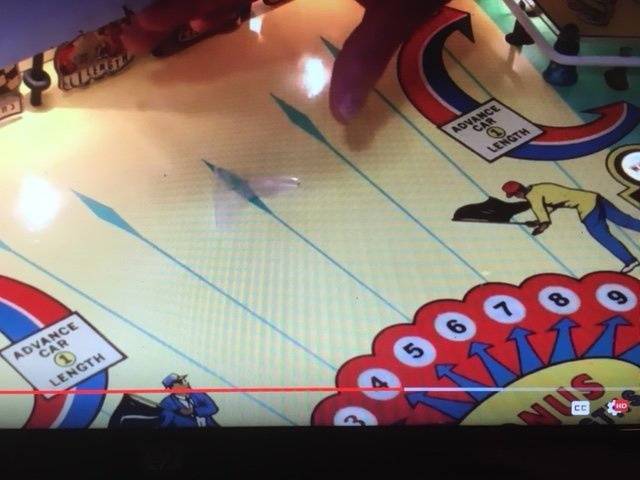 This is the car movement mechanism 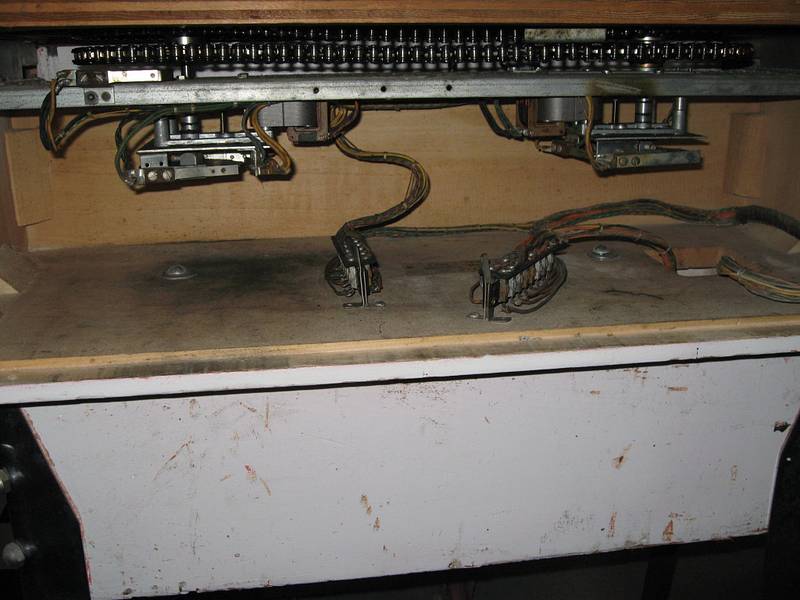 Man, I would immediately, top priority change that chain to a Polymer belt. Imagine that Puppy running quiet, smooth.

That price is a little insane. Including the Pitch & Bat version "Winner', Midway produced
4 different styles of these machines with Flying Turns being the most sought after by most.
Flying Turns for $5,900.00 I get, but never would have thought I'd ever see a Raceway going
for $27,000.00