Machines that are “twins” of one another?

I haven’t been in the hobby all that long, and frankly don’t know that much about Pinball machines yet. But what I’ve found so far in my own collection is interesting and I’m wondering how far it goes or have I just been lucky to stumble upon it:

My first machine was Spy Hunter. Through my research of the machine and maintenance I discovered that it has an identical twin: Saturn 2. Saturn 2 is apparently a “Conversion” kit, does this mean that it’s a new/different machine, or that distributors simply re-branded the same machine? There were 2,300 Spy Hunters produced, 1,200 Saturn 2’s, but basically there are 3,500 of the same machine, just some have a different title and graphics. The two machines, aside from title and theme, play exactly the same. But cost is a little different, Spy Hunter goes for about 1k, Saturn 2 about half that, if you can find it. Aside from name recognition, is there any other difference?

My second machine was Jungle Princess. This is the 2-Player version of Jungle Queen. Identical games as far as I know, Princess typically sells for less than the Queen, due to the extra player options. About 3x as many Queens were made.

My next machine that I prepped for a relative was a 1969 Post Time. This is the Add-a-ball version of Paddock, which plays the same but is set to replay and has slightly different (lower) scoring. Both sold about 2,000 units, with pricing about the same, but Paddock appears to be more common to find today.

The next machine I got (again for a relative) was a 1970 Baseball. Fun game, and there is an add-a-ball version called Batter Up.

My latest machine that I’m still working on is Super Star. It looks like there is an add-a-ball version called Big Star.

This knowledge would be useful in finding parts, or if you can’t find the one machine you want it may give you another machine to target. Or just get the cheaper of the two machines where possible to save some $$$.

Is this common, are all machines pretty much paired with another similar machine? And if so did this stop at some point (maybe with DMDs)?

Just curious as my entire collection appears to have twins.

Family Guy sold poorly so they made Shrek.

There are a few DE titles where they made low production machines based on what the were currently producing. Richie Rich, Micheal Jordan, etc.

Stern NBA was a Space Jam, Iron Man was an Austin Powers.

Those are all pretty much identical layouts. With the coming of solid state and DMD games this was pretty much dropped. Of course you could argue that some games are VERY similar (TAF and Monopoly) for instance or mirror images of each other (ES and WWind).

Iron Man was an Austin Powers.

While they may share ramps, theyre probably cut a little bit different after theyve been molded..

The games have somewhat the same layout... but the playfields definitely are not shared

While they may share ramps, theyre probably cut a little bit different after theyve been molded..
The games have somewhat the same layout... but the playfields definitely are not shared

It was modified from Austin Powers. Even the character popping out of the center..

IM plays very different no question, but you can still tell it was a modified AP.

You'll find Gottlieb did this a lot

And if so did this stop at some point (maybe with DMDs)?

From my limited experience, I see the connections to multiple machines.

That could be a cool feature for Pinside to add to the Pinball Description Pages. Perhaps even it's own category titled Related/Similar Machines that link to the various related machines with a note to identify the relationship (i.e. multi-player version), etc...

And in that vein, perhaps even identifying the various Versions of a given Machine perhaps on the Detail Tab of the Pinball Description. Versions meaning (Standard, LE, Pro, Vault, 2nd LE, etc...), since the more modern machines seem to come in various versions.

My work in progress is a Gottlieb Double Action. Her twin is Miss Annabelle. Some reference material about Miss Annabelle has been quite helpful to me. 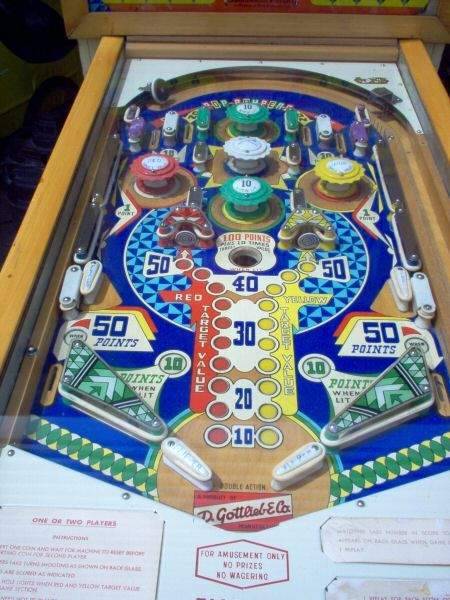 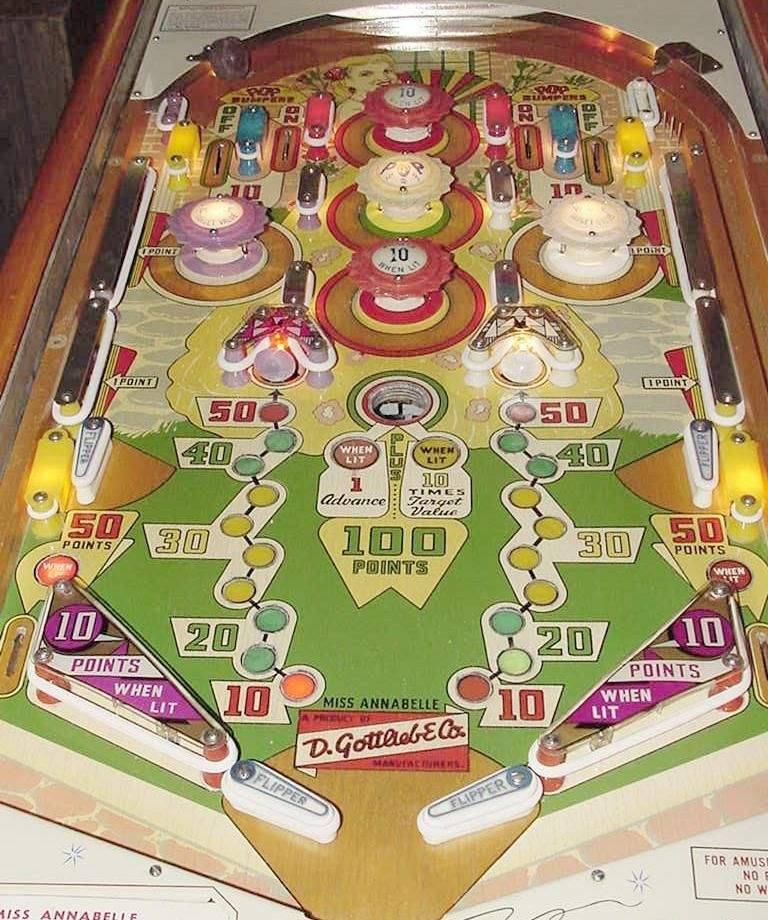 Been here done this (link leads to two other threads also discussing this):

Perhaps since this seems to come up over and over one of them should be made a sticky...

Jack*Bot was done to fill a hole in the production schedule - it's Pinbot with a DMD.

I think there was some minor re-working to get the old 42" playfield to fit the newer style 46" length but otherwise it's exactly the same.

Jack*Bot was done to fill a hole in the production schedule - it's Pinbot with a DMD.
I think there was some minor re-working to get the old 42" playfield to fit the newer style 46" length but otherwise it's exactly the same.

There are some definite layout differences....post locations and whatnot. Plastic protectors for Pinbot will NOT work on Jackbot. That is 100% confirmed...not a single damn one will work. Pinbits sent me a set so I could check it out and I gave it to a local collector when I pulled all my plastics to check.

The effect is that while the playfield layout is very similar on the outside, the actual construction of the playfield is different.

Crescendo/Groovy/Psychedelic are all the same game. Not even any rule changes AFAIK, just 2p/4p/Export Only