You're currently viewing posts by Pinsider MinusWorlds.
Click here to go back to viewing the entire thread.

Bro you gotta spell the band correctly if you expect a pin...

It would be just like imdn then. No songs from the first two albums.
Seriously though, waking up and seeing another thread about another game from another band that I haven't cared about since the 70s, and who really haven't done much of anything since then, makes me wonder what kind of hobby I've signed up for.
Although it has become par for the course over the last few years, it still makes me chuckle a little each time it happens.

I give them all the credit in the world for ending the band when Bonzo died. Who knows how much more quality music they would have produced, but does it matter? They are the greatest band of all-time.

It ended the day In Thru The Out Door was released for many. I remember that day well as we all sat around that evening and reflected. The reviews from the current fans were not good. At the end of it all it was our consensus that day "Hot Dog" was the only redeeming track from that album.

"All my Love", "Fool in the Rain" and "In the Evening" I enjoy very much but to each their own.

I'm not arguing they were on the decline. Just stating they ended it in style and left us with some of the best music ever produced. And yes their music def fits pinball. If we can shoehorn Aerosmith into a pin, Led Zeppelin deserves one as well...

To put it in perspective, Presence in 1976 was IMO a metal masterpiece, and was great right out of the gate.
Fast forward to 1979, and music had undergone quite a change with punk and new wave now in full force. It was going to take something of epic proportions to keep Zep on the map, and that did not happen.
Instead, it was this is what they have been working on and we have been waiting three years for? Epic fail, game over.

What is your point? Or do you have one? And to be clear nobody asked for your opinion this time so let's not fall back on that excuse again. No idea why you feel the need to do this in thread after thread.

The op did indeed ask "what do you think?"
Instead of basically telling me to shut up, why don't you tell us your experience of how it was for you being a fan of the band while they were together, going to see them in concert, and being there as each new album was released. I'm sure it would enlighten us all.
I also remember our senior year when we had a rock and roll day in 1979 and Mike Ness pinned this poster to a tree and lit in on fire to a near standing ovation. All ancient history now.
[quoted image]

Get off your pedestal dude. I was f*cking six when Bonham passed. But that doesn't make MY opinion any less valid than yours. I still "experienced" them in my own way. And they are my favorite band despite being only a sperm when Houses of the Holy was released. Music transcends generations. So cool your buddy burned an image of one of the greatest vocalists of all-time. How profound. That's what I call a fair weather fan. Sorry you were caught up in disco fever and Zeppelin didn't go the way of Blondie.

Should I tell you your opinion on Iron Maiden is invalid because I grew up with them, they were my first concert and I wore their t-shirts until there was basically nothing left to them? Is my experience more valid somehow? No it's not.

But apparently you think mine is not as valid as yours. I wasn't the one that told you to stifle yourself. Instead I asked you to tell us your story. Which you did, and I can see why you have absolutely no understanding of how it was at the time.

He was no real fan of theirs. His influences went well beyond blues cover bands and hard rock hit makers of the time. But it was certainly a sign of the time.

Because you take these unnecessary hardlines any try to tell people why what they want to see in a pin is wrong. You do it over and over again. It's old.

Yeah you're right Led Zeppelin is the greatest cover band of all-time, nothing more. It's funny how you say you were so upset with the let down of In Through the Out Door but then they're just a "blues cover band"...

I'm only speaking for myself and would probably be not making as many posts if people like you weren't constantly quoting me and insistent that I should shut up or change my opinion.
Do you really think my opinion or recollection of the past has any bearing on this getting made or not?

I think you recollection of the past is sketcky and hazy...

You lived through the greatest time of rock n' roll and all you can seem to do is bitch about one album. Have a nice night.

No, you are coming off as a control freak, telling others what to do, and only seeing what you want to see.

Your hypocrisy is showing again.

That's what I was saying happened, but apparently doesn't make sense to someone who was very young at the time. I guess I can understand that, but music was in a serious change, and battle lines had been drawn.

WTF are you even talking about? I clearly implied they were falling off. You discount and try to discredit anyone that doesn't agree with you and then have the balls (or obliviousness) to call people out for allegedly doing the same. Lol. Get a grip.

You act as if someone didn't personally experience something then their opinion is somehow irrelevant. I guess we should burn all our history books now.

Perhaps you can give me my opinion and recollection of the past that will more suit your liking before you blow a fuse.

Nope, not even remotely the point I was making. You have your experience and I have mine. Stop making it seem like YOURS is right because you "lived" it. In every friggin thread you have a problem with people speculating or getting excited about the possibility of a theme. Some people are dying for Elvira 3. It's def not my thing and not for me, but I don't go in there and sh*t all over it because I don't agree.

This post was moderated and edited 3 years ago: Personal attack on other Pinsider(s)

I never said yours was wrong, but since you've made it a point over and over again that mine is, please tell me what it is or should be.

You sure I said that? I said your approach is wrong. Not the info being delivered. I'll make this easy for you.

You have your experience and I have mine. Stop making it seem like YOURS is right because you "lived" it.

But apparently you think mine is not as valid as yours. .

But that doesn't make MY opinion any less valid than yours.

Is my experience more valid somehow? No it's not.

Are you through now?

Yeah, it was fun while it lasted. 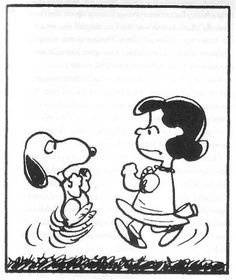 You're currently viewing posts by Pinsider MinusWorlds.
Click here to go back to viewing the entire thread.