You're currently viewing posts by Pinsider Wopmike2001.
Click here to go back to viewing the entire thread. 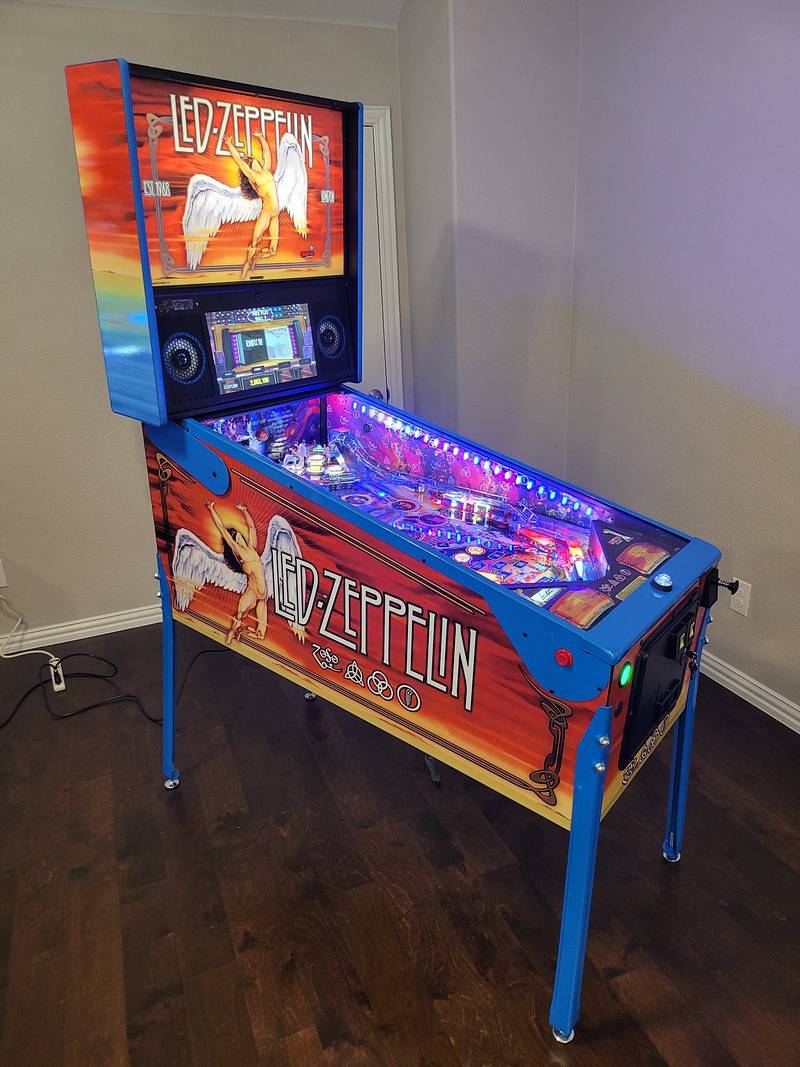 Those Titans look good!!
Im worried the spinner arm will bend again , we shall see

Im having the same issue. If you can post your fix pics that would be great.

Hey all, regarding the EM spinner, in my post from last Thursday evening, I had written…
“The Electric Magic spinner stopped spinning. After 2 needle nose pliers repairs, it's working again. Seemed like it needed to be slightly bent inward as the arms were rubbing on the brackets and preventing it from spinning….”
I know there are a few “cooks in the kitchen” here with this issue, but I wanted to give an update and try to detail specifically what I did.
Update: After the 2 needle nose plier repairs on Thursday, the spinner stopped spinning again after about 10-15 games on Friday, so I went in a 3rd time with the needle nose pliers and made the adjustment again. In addition, during that fix, I put some 3-in-1 oil on a Q-tip and dabbed it where the spinner wires go through the bracket holes. 3rd time was a charm – I put an estimated 8-10 hours on it since that 3rd fix attempt and it has worked flawlessly. In fact, I’m pretty sure that last adjustment, with oil, has allowed me to hit 70 spins with 1 shot (I pick that goal now for my first tour mode – ha).
What is happening (as myself and others have already pointed out) is the spinner wire is too close to the bracket where it enters the bracket hole – it rubs on the bracket. What I did is take the needle nose pliers and grab the vertical part of the spinner and twist. I twisted my hand in the direction where it will appear that you are pulling the wire out of the bracket hole (this hand direction twist will vary, clockwise or counterclockwise depending on what side of the spinner you are on and in what position you have the spinner). As an example, on the right wire, if the vertical portion of the wire is below the bracket hole, you will twist your hand counterclockwise.
I did this on both sides until the wire almost came out of the hole in the bracket (but not out). After reading what Steve Ritchie wrote, it’s possible this had the effect of both bending the wire slightly AND spreading out the bracket, because that’s kind of what happened – the pliers are obviously much thicker than the gap between the wire and the bracket so I had to use the bracket for leverage to bend the wire and I did notice some flex on the bracket. How much of my fix was bending the wire vs. bending the bracket – who knows, but it works. I actually did this TWICE to each wire side during the 3rd attempt – I was on a mission to never pull the glass again to fix this. Please note I did not have to disassemble the EM in any manner. I just turned the machine off when the spinner was raised – it stays up.
Keep in mind that metal actually has spring back properties (think of a paperclip) so it has to be tweaked enough so the spring back (wire and bracket) don't put it back in the rubbing situation. If you are wondering why, after 10 initial games, it would suddenly start rubbing – well, not sure on that one. I’ll chalk it up to machine break-in and the wire and bracket finding it’s “resting” position after some banging the ball around. Is it possible that hitting the spinner causes some movement of the wire and bracket enough to create the issue – certainly possible. But it looks like if you create enough gap, the issue will be fixed, hopefully permanently. But, don’t worry so much about that…..and don’t fret – if a noob like me can diagnose and fix this all on my own, all of you will be golden.
DISCLAIMER: Not claiming this is the only way to fix this. It’s just the method that worked well for me.
Questions? Let me know.
One last thing…..this game is awesome. I’m hooked. New AIQ code came out and I haven’t even plugged in my USB stick to update it (no offense to Mr. Elwin – AIQ is awesome). But I’m too busy trying to complete a 2nd tour mode. Also, almost all of these songs are timeless – I simply don’t tire of them. Kashmir on a pinball machine? Come on now – what could be better? Maybe if Steve Ritchie is reading this, he could talk to Tim Sexton and ask for those first 2 shots on Kashmir to be a little easier? Pretty Please?

Just want to say thank you...
I did what you pointed out worked great. Stern sent me an email today telling me to bend the side rails...thanks again.

Play a few more games. Let me know if the problem comes back.

Mine lasts about 5 games and locks back up. Seriously frustrated.

Does anyone have the metal Gate from the shooter lane keep popping out? See attached pics. I put it back in and bend it outward, 5-10 games later comes back out. 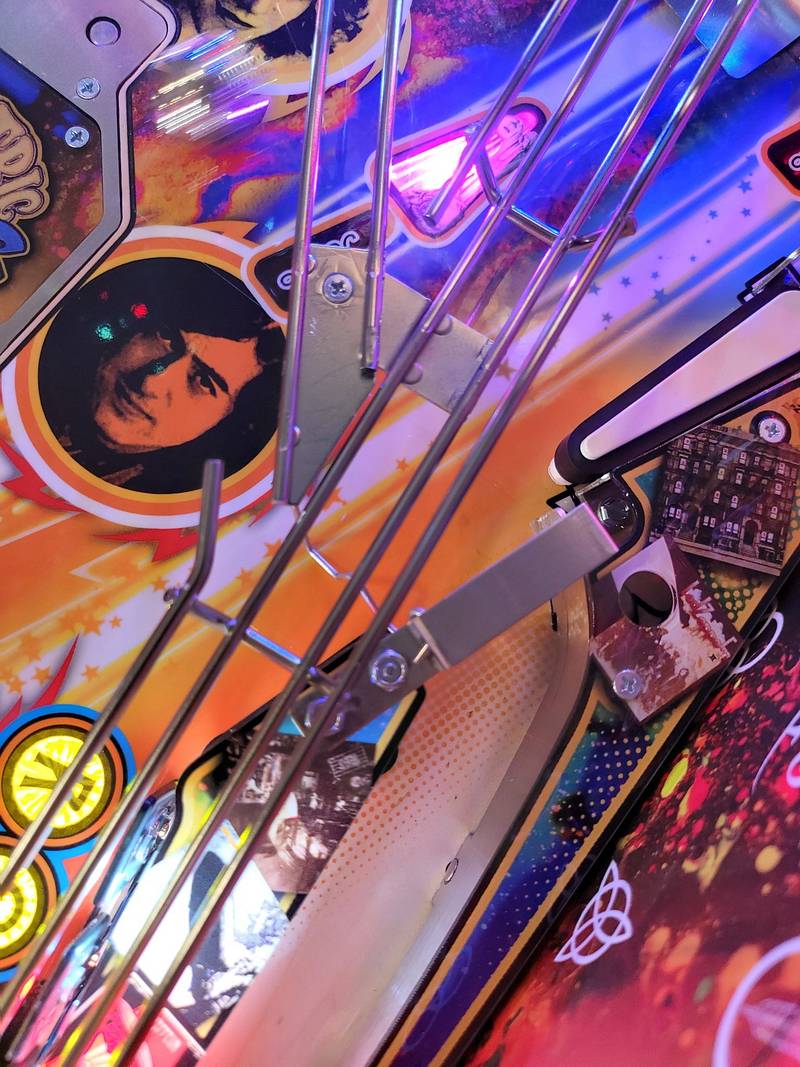 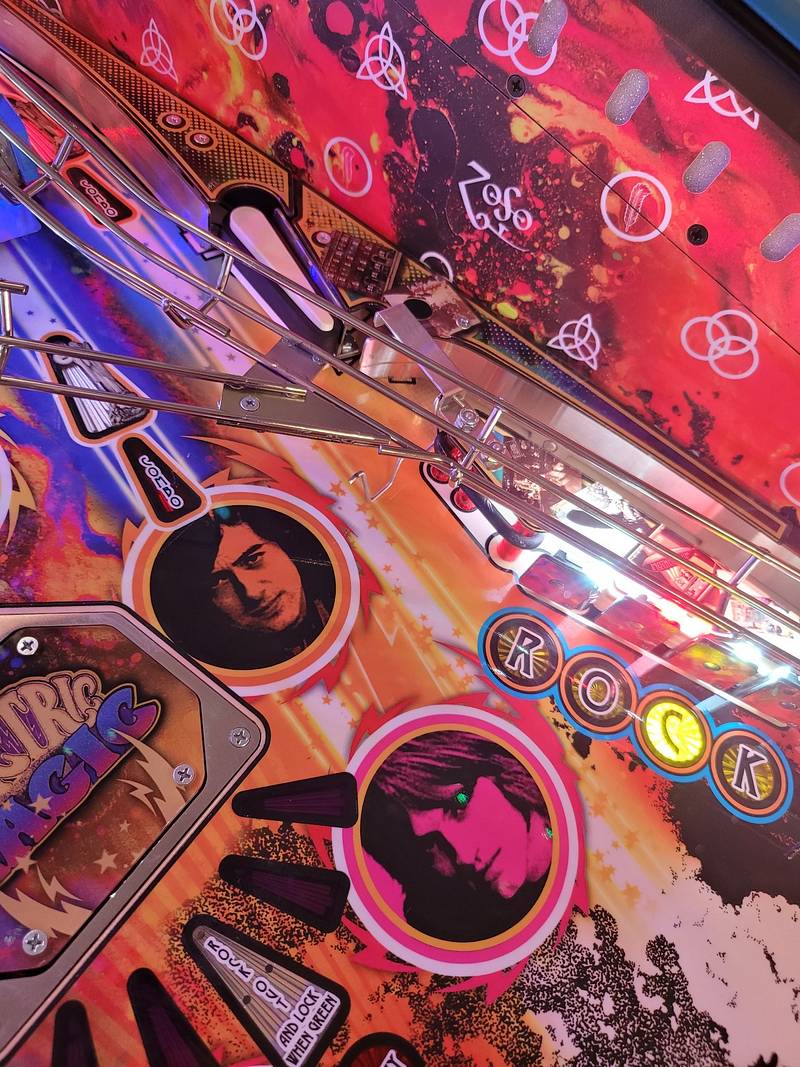 Same. Either bend more aggressively, or adjust the shooter lane exit ball guide to allow the one way gate to sit closer to the metal bracket it hangs on on the right side. I had to do the latter. That ball guide is easily adjustable, loosen screw, move ball guide, tighten back up. Obviously it changes how the shooter lane shoots the ball though which is not ideal.

Thanks! Gonna try that!

You're currently viewing posts by Pinsider Wopmike2001.
Click here to go back to viewing the entire thread.