I recently picked up a Gottlieb Jungle Queen and need some help. The game would start and I could complete a game. The credit wheel was gummed up and stuck on one credit so the game thought it was on free play. I freed up that mech and now the game over relay stays on and when I start a game it cycles straight to game over. Also, when I turn the game on the player one and player four score reels light up so it seems the game thinks that the previous player four game has not ended. Before, only the player one score reels would be lit in attract mode. Any help would be appreciated.

The Game Over relay is one of the few relays that are built to lock on. It should should stay stuck on except during game play.
The circled switch on the Reset Completed relay (AX) should release it during game reset/startup. 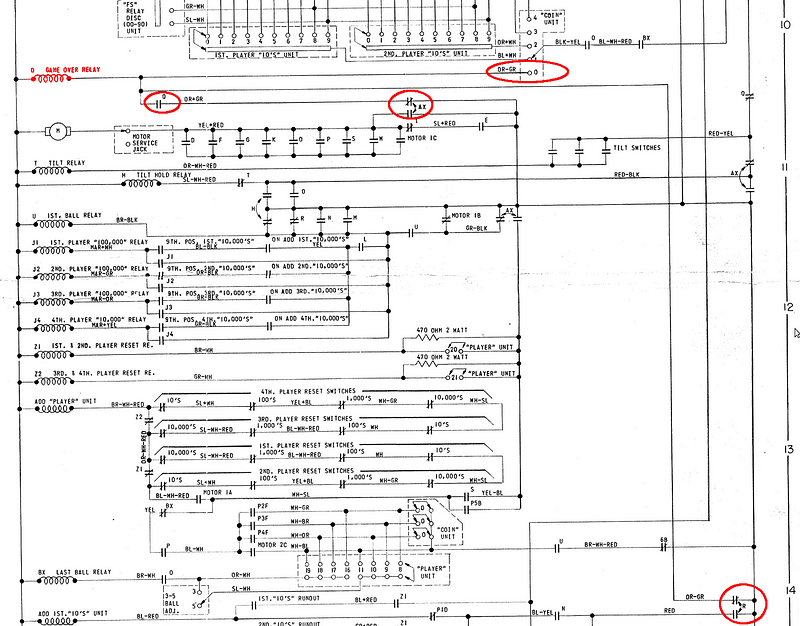