24 key posts have been marked in this topic, showing the first 10 items.

Post #21184 Magic Girl programmer put up a site to assist owners curious about the rules. Posted by applejuice (4 years ago)

Post #22304 Photos of every page of the Magic Girl manual. Posted by Tilt (4 years ago)

Post #23611 Key posted, but no summary given Posted by dgarrett (3 years ago)

Post #23615 Interview with Linda Deal (artist), speaking about CV and TOM Posted by toyotaboy (3 years ago)

Post #24006 comments from Bill Brandes re: which zidware games were involved in license arrangement Posted by wcbrandes (3 years ago)

Show all 24 key posts in the index

You're currently viewing posts by Pinsider sly_old_devil.
Click here to go back to viewing the entire thread.

I'm not happy the games are taking so long, but i believe they will be complete and worth the wait or else i would have tried to get out too.
Honestly i was worried before taking the tour, but I think the progress he's made since last year is really good.

But you guys under the NDA still can't say where he is up to without fear of upsetting the main man, I mean there is talk about back glasses and cabinets (even public photo's of those) but you cannot say what stage he is actually at. Even without having to give away any secrets whatsoever I would assume that you could say it is at playable whitewood stage or prototype stage, or is it that nobody really knows aside from Jpop?

From an outside-in lens JosiahCox's summary post above has nailed it, unbelievable to us outsiders. I think it really demonstrates the "boiling of the frog" analogy of how much people will put up with over a long period of time. Happens in the workplace quite a lot and it is only when you step away that you realise you would never put up with that situation, ever.

Anyway I hope it is something that can be dealt with swiftly and amicably to everyone's satisfaction and the only real loser is father time. Good luck.

Stern probably did the Jpop, MG, RAZA and AIW pre-pay guys a favour anyway (in a round-a-bout way), also in business, and no doubt with someone like Jpop, there will/should always be backup plans and ideas should shit meet fan at any point.

Edit: no doubt that Kiss looks great but would anyone bet against the next-in-line Jpop pin looking awesome as well?

Reminds me of all the bitching I was doing yesterday after getting a speeding ticket.......self inflicted you say, dammit I hate it when you are right!

Maybe add that nil responses are required, Jpop might be thinking that because he doesn't have an updated timeline he has nothing to post

As an aside I am one of the armchair supporters hoping that things get worked out eventually for the MG, RAZA and AIW investors and watch this thread with interest, good luck to all parties.

I would expect it to be at least a 30 minute play-through video showing playing strategies etc, way beyond the PAPA TBL video we saw last week, especially given the dev time elapsed so far.

I did and my post still says awaiting moderation. When did that start happening?

Maybe it is a sign that Jpop is becoming more self aware and knows he is about to get robust feedback.

Aurich, I'm thinking it and you're typing it, spot on dude.

Guys what's the point of all this^

This is not meant to come across as a finger point or rubbing it in, we all know that this isn't how it all started out years ago and hindsight is just that, hindsight, so sorry if does come across that way.

I'm agreeing with the messages that basically say don't throw good money after bad and am personally frustrated that I can't just throw on a cape and swoop into Jpops studio and knock some sense into him and put a rocket up his backside. Withholding funds is the only non superhero option I can see working short of a collective legally backed intuitive. I would also like him to do a u turn on AIW and state that he is concentrating on MG and RAZA (after refunding AIW money), but again that would take a degree of self awareness I haven't seen from him to date.

I'll state for the record that I hope it all works out eventually for Jpops customers and vendors but I have little respect for Jpops business practices that's for sure, hence my agreement with Aurich's posts.

Jpop, being a very visual guy, is maybe trying to say that soon everyone is going to be as happy as a dog with two dicks

Post edited by Sly_Old_Devil: Jpop is a visual medium sort of chap.

I might put up a deposit, maybe. I am most likely going to buy the PL pin from Jack but AIW is my fantasy theme and I would wait on it if I could see some proof that it will exist in the future. That is why I want to talk to the man. I cant get a email reply nor has he ever answered any of the numbers I can find or have been given.
I have read every one of these posts and again that is why I want to actually speak to the man.

Whatever. All Im saying is if the guy could show me some progress that would convince me that the thing was going to happen I would be interested.

You might want to set the bar quite high on this point.....say a playable demo machine and shipped MGs AND RAZAs!

Edit: Whatever, I'm not convinced you are not trolling this thread, just too unbelievable. Out.

For now, let's keep positive. We will know before long if this approach is going to gain traction. It it is a non-starter, then we will know before putting in much time and energy and the owners can decide what to do from here. But for now, the optimist in me says "let's see where this goes" and I encourage others to let this run its course before pouring on any more negativity than is already present.
Believe me, I recognize all the signs (history with other devs, etc) that this is going to be challenging. But I also see the glimmer of hope and that's something we feel is worth exploring. We are not going to go broke exploring this opportunity with John. If it works out it will be a big win for pinball. If it doesn't, then all of us who tried to help John can meet up at Expo in the fall to share stories and the first round of beers is on me.
Aaron
FAST Pinball

Good to see a level headed response like this, good luck.

Answer; both will weigh equally as heavy on pinball buyers shoulders for years to come, either you know (and will remember) what happened to boutique pinball this year or you don't/won't then the next likely-lad salesman will be rubbing his hands together.....and boy does he have a deal for you.

Individual reputations are another matter and here JPOP will have the far bigger fall from grace, IMHO (assuming Tony Hawk (aka ICE) doesn't teach either of them a handstand 180 move).

I suggest a new recruitment plan along the lines of...

......can I interest you in a programming gig, or a pre-order, or both

John's shop is not the White House. If it takes that much editing I'm not so sure it's worth reading.+
(24 paragraphs on how Pinside has killed his business) (striken)
(16 paragraphs on a boring plastic ramp) (all but one paragraph striken)
Sorry for the delays.
John

I just want to know how often he is going to update his blog/s this time.....

All that's missing now are the pictures of handshakes and kissing of babies with the "for the good of pinball" campaign seemingly in full swing.....good luck whichever way you vote.

Can somebody just give me an update on how his dog is doing so I can drain this thread?

I wonder where the prototype is. 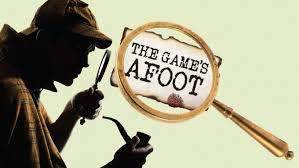 Word is he has a Friday meeting with another angel investor.

Rent must be due again

Now that is funny. What could he do other than ask if you want fries with that. And who'd hire him ?
LTG : )™

Bill should hire him......those rubbish bins don't empty themselves and he'd have to move to Canada so it'd be a nice loooong cold winter in the Van.

Guess you have never been to Vancouver my friend. Chicago winters make Vancouver seem like Hawaii! Palm trees and all!

Good point about Chicago winters and actually I have been to Vancouver, it was summer though very green and beautiful, whole family loved it there - amazing place (although some d*ckhead cut off a youths head on one of the buses just after we landed, if any locals remember that - made the news...and us hire a car).

Best option for Jpop might be to retrain, making number plates or sewing mailbags. With his talent he could take both to innovative new levels never seen before?

His landlord is probably banging on the door.

Show a bit of personal adversity in keeping your business running - check m-lord.

You're currently viewing posts by Pinsider sly_old_devil.
Click here to go back to viewing the entire thread.