You're currently viewing posts by Pinsider cheeks.
Click here to go back to viewing the entire thread.

It's not possible for Haggis to get any license. They've sold 18 pinball machines.

How did Heighway get Alien?

Judging by posts in their facebook / the Haggis thread, this is looking more like a FishTales knock off than Jaws. 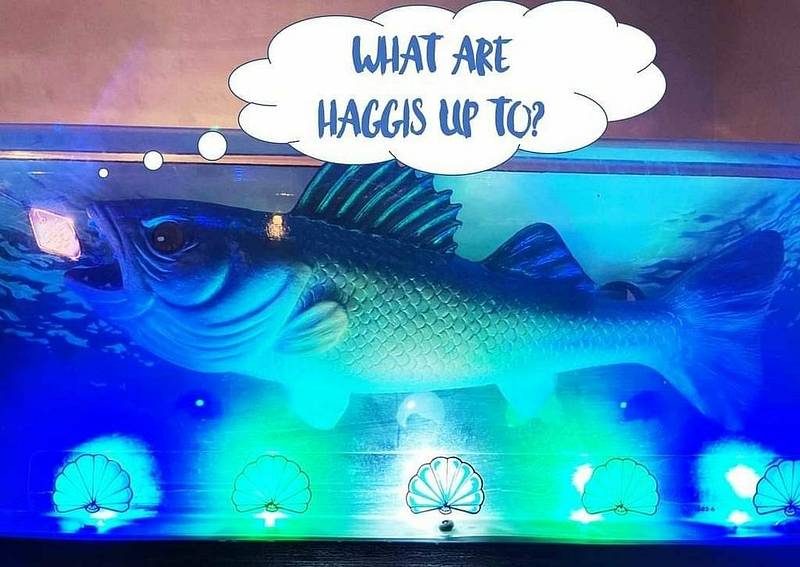 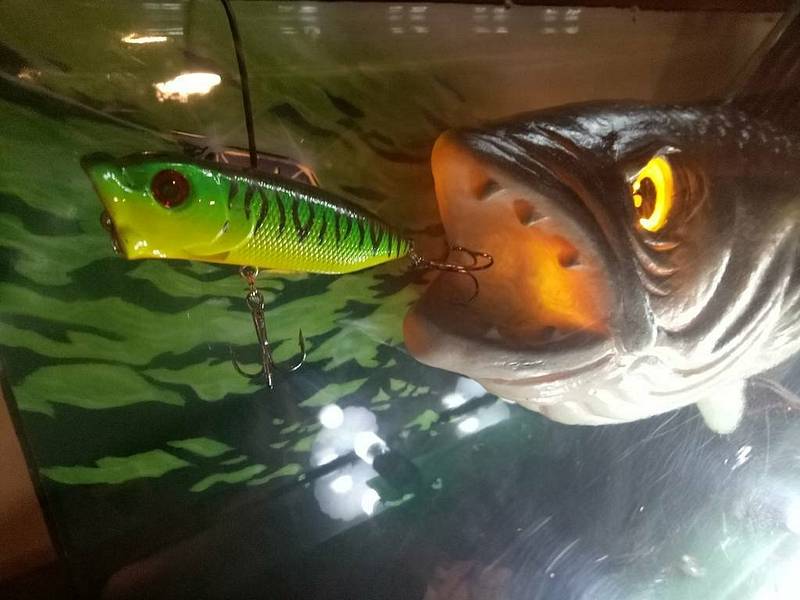 Just put my deposit down on a Mermaid edition. I have all the pieces to restore my current Fathom (game, new CPR playfield, NEW Big Time cabinet, plastics, etc.) that I will now be selling instead. Upgrading to the Mermaid versus the time to restore my game was such an easy decision. Can't wait!

Maybe you guys can help me out with this.
I’ve mostly played modern games the oldest pin I’ve owned was BOP. I’ve played some 70/80s pins but not a lot. I recently played Centaur and really liked that. But I’ve not played Fathom ever. But it’s something I’ve thought that I’d love to own because of its reputation and the art is great. But I’ve really been shy from buying old pins and love the new stuff (remakes) love AFM how it is old school but has modern touches. Now Fathom will have both old and new code that’s something I really love.
I’m asking if I should take the chance and order one never having played a Fathom. Now it’s rare so maybe if I don’t love it that’s not a huge deal to sell it.
I’m getting Alien and was thinking about a new Stern but that’s the same story, I can always get a Stern later they will run them for years, but the Fathom is super rare.
I guess my pros / cons
Pro
-Beautiful game (unlike the rest of my collection)
-Rare
-Game is a classic (one of the better 80s games)
- Two sets of rules
Cons
-Never played it
-unknown new company
-Kind of expensive
I’m just curious especially for folks that have owned or played Fathom a lot if it’s a great game? Any advice? I’ve played Beatles and Whoa Nelly (not the biggest fan of Whoa Nelly but liked the Beatles more).
Thanks.

I'm a HUGE 80s Bally fan. I love me some 90s B/W and newer games too, but there's so much more uniqueness to the early Bally stuff. That's why despite continuing to modernize my collection, I keep a row of Ballys. Partly due to that, and partly due to the fact that all of my Ballys are awaiting restoration, it makes "upgrading" to the 2.0 models much easier decisions for me. I've been hoping for someone to release newer code for years.

I'd like to universally recommend that you take the leap, but 80s stuff is a different play style than contemporary machines. If you have not really played any, it's hard to say whether you will like them or not.

That said, you mentioned that you liked Centaur. Fathom and Centaur are the 2 most typically revered games of this era, although they play VERY differently. They're popular partly due to good play, but also due to cool aesthetics and theme. While I like Centaur, the OG rules can get repetitive since you can keep multiball going forever. However, the theme is so cool. Fathom is a harder game than Centaur, and not the multiball-fest. You have to work a lot harder to get multiball with lighting the saucers and then knocking down all the drops.

To me, neither game is worth $9K for just the OG rules, but with original AND new 2.0 code, I feel like at least these 2 are no-brainers. If you like drops at all, and in particular in-line drops, then Fathom should be fun for you. It plays slower than what you're probably used to, but I've heard that the Haggis dimple-free playfield, combined with modern flippers, will make the game play much faster than originals. That sounds fun.

If you have not read the explanation of the rules (high level overview) then you should do that. To me, the new rules sound fun, and they hint at diversifying what you shoot for around the playfield.

IF...and I mean IF, Haggis can pull off the execution, I can't see not recouping your money if you go in on the Mermaid edition and don't like it. I don't like to tell people how to spend your money, but this seems like a fairly low risk proposition for something that seems really cool and has a lot of upside for fans of this era of games.

Just as a point of comparison, in the last several months I've gotten AIQ Prem, ST Comic Prem, JP Prem, STh Prem, Rick and Morty, and I have RAZA (hopefully) and EHOH on the way. I'm more excited about this Fathom release than any of those. Not saying I'll deem it the best game of the bunch, but I'm super pumped to get reimagined versions of these classic games.

If ordering a pin without telling my wife is the ultimate sin I’m gonna be in hell for quite some time. I’m rooting for you keeping that game Bublehead but Centaur may be a hard sell aesthetically, over here anyways. I can still remember walking into the arcade when that first came out. Ho-LY-Shit.

Centaur is the one other Haggis remake that I'm 100% in for (who knows about whatever the others are). So you can play Centaur at my place if your house isn't into leather-clad chicks riding half-motorcycle-half-demon dudes. I know I am...

Yeah...I have a players condition Fathom with EVERYTHING needed to restore it (playfield, new painted cabinet, etc) so upgrading was a no-brainer for me. Not sure what I will be able to sell all the Fathom stuff for, but between that seed money and the fact that I won't have to do the restore work, this was the easiest purchase decision I've had in a long time.

I was actually going to message you to buy that, but I already have a Meteor that I keep procrastinating with. I think that’ll sell really quickly.

My entire Bally row is technically in my restore queue, so when you finish your Meteor, I'll let you restore one of my games for me.

Paragon is AWESOME, but it's so brutal that I'm not sure how much it would benefit from 2.0 rules. I feel like I don't keep the ball alive long enough to be able to explore deeper rules, even though there is certainly a ton of things to shoot that could be incorporated into new rules.

On the other hand, Embryon 2.0 would be so dope! Also tons to shoot for, but much less brutal ball times.

I would expect that they'll stick to single-level standard-width games. However, the list gets pretty thin, pretty quickly, in terms of justifying the $9K cost.

Skateball would be amazing, but $9K?

I love Medusa as it sits, but with extra code, Haggis would get me again.
But, baby steps for now and let's see how the do with Fathom.

New rules on Medusa would be great to force you to use more of the playfield. I love the drop target game, but that's all you end up doing as-is.

Fathom and Centaur are no-brainers. Based on sales numbers, I have to imagine EBD happens, but not sure if I'm interested. Four and five are harder to predict. Probably Medusa is one? Really no clue on the other.

Skateball seems like a tough sell theme-wise, but that playfield has enough going on to really take advantage of expanded rules. Fingers crossed.

I really wish Embryon would get new rules - there's SO much to shoot at on that playfield. Paragon also has a TON of stuff to shoot at, but ball times are so short, I'm not sure how much that game benefits from additional rules. Regardless, I'm not very optimistic about widebodies happening.

While I agree with you, we did have very frequent updates for the first few months. So I think perhaps an unrealistic expectation was set. But unrealistic expectations or not, it has been over a month since the last update, so I don't think it's unreasonable for people to wonder how it's been going there at Haggis Pinball.
But as you say, all we can do is wait.

Not only this, but they are doing something completely new with the enhanced code approach. It would be nice to let people see what they ordered by showing how extensive this new code is.

I'm feeling similar about Spooky, with them not showing real Halloween/Ultraman gameplay. In both cases, the games are sold out, so there's a perspective of why bother. But just because you don't HAVE to doesn't mean you SHOULD'T.

People took a leap of faith with both companies and spent non-refundable money on something they didn't even get to see. The right thing to do would be to show gameplay of the stuff you know people want to see. Doesn't need to be super high production value, or anything that would be too time-consuming. But a walkthrough of the new rules and some associated gameplay would make me feel a lot better about my purchase.

While I don't necessarily doubt that I'll get my game, I've lost all enthusiasm over the game because I don't really even know what I'm getting. If I'm spending $9K on a toy, they should at least give me a taste of what I bought to maintain my enthusiasm while I wait for it.

You're currently viewing posts by Pinsider cheeks.
Click here to go back to viewing the entire thread.