Is Turtles the best Borg ever or is it hype?

Simply X-Men mirrored, but with a few more smoke and mirrors

lest we forget Munsters? not knocking the game itself, but theme-wise?!? we're talking about a 60yo TV Show that lasted only 2 seasons, and didn't even get broadcast outside the US until it settled into it's retirement home on Nick at Nite in the 90's! By then, anyone who cared was either 4yo or 94yo!! Hardly the recipe for a successful pinball theme.

Munsters was a massive hit down under in the 80’s. Use to watch it religiously when it ran back to back with Adams Family. Probably explains why Munsters Pin was a big hit amongst pin fans in their 40s plus here.

But we also didn’t get colour TV years after the USA. Which probably explains why B&W throwback shows were still pre prime time hits in the 70s and 80s. Defrosted, reheated B&W tasty meatloaf... We digs it!

Whatever floats your boat. I can enjoy any game that shoots well, theme be damned. Pinball is supposed to be fun and there's all kinds of fun to be had with cartoon themes. All this serious crap, skulls, blades, danger "cool manly shit" gets boring after a while. Very one-dimensional.

Does that include My Little Pony or Barbie Anniversary, even though they could potentially be the “best Borg best shooters ever?

I’ll take Masters Of The Universe over either of these, even if it shoots like a bitch!

I was slightly disappointed just how kiddie this thing looked, which was enough to pass. But at the end of the day, If this game is good for families and turns more kids onto pinball, then it’s good for pinball. Maybe just give us an alternative art work version, like dark comic TMNT, instead of Rainbow Brite or something from the toy section at Target! Was also disappointed Heavy Metal didn’t tick more boxes. 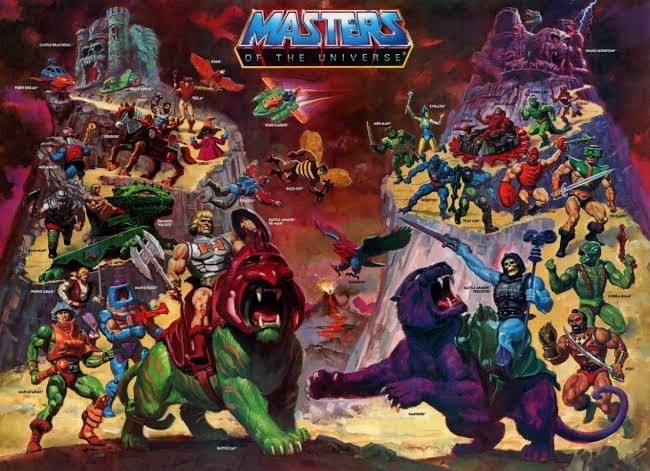