I'm trying to find a GOOD TV series to watch

I love BB now but at first I couldn't get into the first 2 episodes but after I tried and forced myself into the series I was hooked.

I am looking maybe for something that I need to force myself to watch but will grab me if I push on.

I am confident I'll love TWD and GOT but I'm waiting for a while to binge watch those.

I was trying to find a TV show to begin that I'd not seen before. Looking at Amazon Prime or Netflix

I watched ''The night of' 'Goliath' and both seasons of 'Fargo' first two were ok Fargo both were good.

Season one of 'Better call Saul' was just ok not sure if I'll watch any more.

Was curious if I should give these shows any more chances?

Liked the first True Dective but only watched one episode of the second because it seemed lame.

I started to watch a cop show called 'The Killing' and was halfway into season one and just kind of gave up because they were working in too many plot twists like the political aspect which seemd forced.

I watched 2 episodes of 'Mad Men' and while it's well done, I have not seen any skin at all and seems like a 'Desperate Housewives' set on the 50's. I will give it a try but not sure if it's going to get any better. Not sure if I should continue.

Watched 2 episodes of 'The man in the high castle' which I should like but I have not got into the characters like I just don't care that much about them. Not sure if I should continue.

I just watched the pilot of 'Twin Peaks' has potential but I'm not sure if I want to push on.

Watched season one of House of Cards after they killed Kate Mara in the second season.

One episode do 'Shameless'

I'm not much of a TV person, but I completely fell for Bates Motel. Not a lot of buzz about the show, however it is fantastic!!

Legion. I just finished the first season on FX. One of the best shows on TV right now IMO. Unlike anything else.

Were watching prison break now. We're in the 3rd season and is good. They just restarted the 5th season last week.
The Expanse, The 100 and The last ship are all good shows

I heard that was good. But doesn't it not get renewed and finished? I thought it leave you with a non complete ending

I'm getting my Apple TV so I can watch HBO go that will be a good option.

I'm like halfway through 'Bardwalk Empire' not sure if it's ant good, certainly it's not as good as Sopranos

Watched season one was just ok, wanted it to be more intense like BB it's more milk toast.

Also not crazy about old actors playing characters that are supposed to be decades younger.

I will watch a series that's just starting I prefer a complete series so I can binge watch.

Into the Bad Lands AMC also available on Netflix. Swords, blood and glory

Watched season one was just ok, wanted it to be more intense like BB it's more milk toast.
Also not crazy about old actors playing characters that are supposed to be decades younger.

Season 2 is a lot better. He starts to become the Saul goodman we all know and love

Season 2 is a lot better. He starts to become the Saul goodman we all know and love

I just wish Mike wasn't so old he's starting to look like Gollum.

I don't like starting a show until a good ways into the series, that way I don't have to wait years. The top 10 series you should watch, and starting now is:

Those are must see series. Below are decent series:

Mr Robot, awsome series. I had to get over Christian slater, but after a while I accepted him. But all the other aspects of it is fantastic.

You should give halt and catch fire some more time.

First season of daredevil was great.

Mad dogs series I binged during a weekend.

I really didn't like any of the character yet (3 episodes). Last episode the main character just starts making out with a dude for no apparent reason.

I thought I'd hate it, but Santa Clarita Diet is very funny - the writing is really excellent. Not sure it has legs as a series, but definitely good for a season.

All/most of the Twilight Zone episodes are on Netflix if you need to catch up.

Stranger things did nothing for me. Watched the whole season and found it to be boring. I felt that the creators used to much energy to homage the old stuff, and forgot all about the important things.

Battlestar Galactica, except the series finale. Just leave it a mystery.
Deadwood, which never got a series finale, the f*&kers.
Firefly.
Rick & Morty.
Community seasons 1-4.
Westworld.

Pirates were a great theme for a show. One of the best from the last 5 years IMO.

Also, it was made by Starz, so it's uncut/adult.

The walking dead is the best out there. But you must watch from the start. I refused to watch the show for years because I thought the zombie theme was just plain stupid. But this show is all about the relationships among the characters. And there are a handful of episodes that are simply incredible in visual presentation and storyline.

You should at least watch the whole of episode 1.

BSG. Saw it, but seems like Lost was best early uneven later on.

Like Narcos but don't like to stop every year so I may wait until it's got more seasons done.

I was pretty disappointed by westworld but it is worth the watch.

The leftovers is really weird, but I like it. Give it a shot.

A few not mentioned yet:

Halt and catch fire
I really didn't like any of the character yet (3 episodes). Last episode the main character just starts making out with a dude for no apparent reason.

I LOVE this show. His character is supposed to be super conflicted throughout the whole show - they hinted at this in the 2nd season a bit, and (controversially) when he had the HIV test results. I didn't think it was out of nowhere but it was unexpected! That show is brilliant if you're into 80s computer culture / history

The walking dead is the best out there. But you must watch from the start.

I got to season three of Walking Dead and it started to get old for me. Storyline or no storyline I got tired of them running or chasing after zombies.

GOT is a fantastic series if you have not seen it yet. Many other networks have tried to duplicate the magic of GOT with little success. Great story line and characters.

I also really enjoyed 24 series (helps with appreciating the game)

Also Lost is a must if you have never seen it.

Justified... nice series that hooks you into the characters and drama fairly quickly. Didn't have the BB epic ending, and fell apart near the very end, but overall a nice show IMHO.

I never saw lost when it was on but watched it two times now, so-so ending but still one of my favorite shows of all time.

Penny Dreadful is an awesome series...didn't seem like it to me from the name or pictures of the cast, but trust me...it has "movie-like" special effects, great production qualities...if you don't know anything about it...that's good, just start watching it and you'll get hooked quickly.

Check out Taboo. A Ridley Scott/Tom Hardy production.
I can't believe nobody mentioned The Americans. Definitely the best show on TV today.

For binge watching on Netflix you may want to try 'Sons Of Anarchy'. It is much better than I expected.

Easily one of the best shows I've seen in the last 10 years! 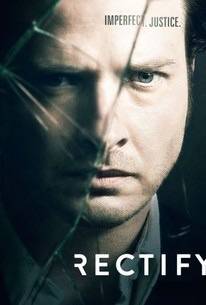 banshee was amazing and only a few seasons. Violence violence and violence. Awesome.

banshee was amazing and only a few seasons. Violence violence and violence. Awesome.

Best action show ever made. So many classic fight scenes.

The Wire. It doesn't treat the viewer like an idiot. It'll ruin other series for you.

Boss. Only ran 2 seasons on Starz; easy binge. Super-intense Kelsey Grammer as the "fuck you all" mayor of Chicago, and includes the super-easy-on-the-eyes Kathleen Robertson. Incredible.

And as mentioned, Deadwood is spectacular.

And I love Homeland, despite hoping in every episode since Season 2 for Claire Danes to catch a bullet.

Another vote for Legion, Rick & Morty, Agents of SHIELD, and Stranger Things.

I didn't get in to stranger things either, but many like it. I did enjoy west world and I agree season 2 of the true detective was lame. The first season was so expectedly good.

Not sure if it was mentioned, Eastbound and Down is a fun watch!

If you're into cartoons and sci-fi, Rick and Morty is great.

So many good ones named already, but specifically all of these have been my favorites over the last few years:

Also Taboo and Bates Motel are pretty good as well.

Justified is a lot of fun.
Someone already mentioned Banshee, but should have added that there's nearly as much sex as over the top violence.
Homeland, though I found some seasons a lot more compelling than others.
Dexter.
The Americans

And for the nostalgia buff - I've re-watched most of UFO on youtube, and I'm trying to make time for Kolchak: the Night Stalker

Leftovers a good call too.