You're currently viewing posts by Pinsider rdreynolds.
Click here to go back to viewing the entire thread.

I'll start. I hated this game for years, due to playing crappy on location games. Years later, I played a perfect one at a collector's house and realized how awesome it is.

Has anyone actually gotten all 12 of the modes in one game? I've never even come close...

Never got all 12 but I'm finally about to dive into fixing my start mode scoop so it will be more reliable. I still love the game, finally got over 1 Bil for the first time a few weeks back.

Let me know how that goes. I really need to tweak mine a bit as well, looking for the best way.

IJ '93 is my one and only Pinball machine as of now! I love this machine - played in nearly 2K times.Looking into getting a TZ or MMR sometimes next year. Here are some pictures I took of mine for the thread!

Let's talk crazy bounces...as this machine (at least mine!) seems to supply 'em in bulk!

Just had one a bit ago that popped off the drop target in front of the captive ball that popped into a "You Cheat, Dr. Jones!" lock! Not even sure how that was physically possible. What wacky ones have you had?

That's what mine look like. The left needs nudged up a bit, now that I look at the photo! 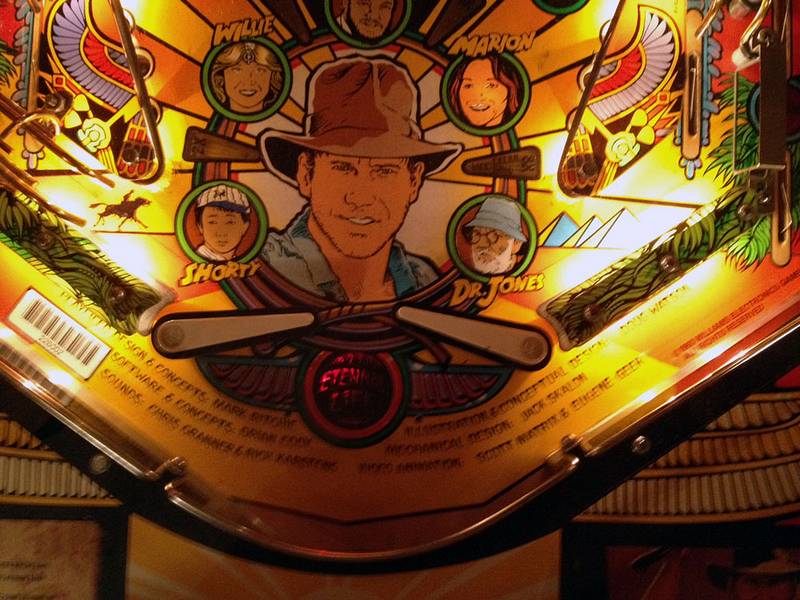 Should also note that you CAN cradle on mine, but the ball has to be rolling pretty slowly to do it. I thought they designed it that way, but I could be wrong.

Can anyone else confirm their IJ flipper set up is the same as ours?

Well of Souls is such a fantastic mode.

Thanks. I was just playing some and I think I have another issue. When locking balling, it seems the idol will release a ball and then another ball comes out from the trough. I get too many balls in play and the game gets confused. Thoughts? Idol test using maintenance menu shows no issue. Is this a trough issue likely or idol optical problem?

Guessing it's a trough issue, which is a VERY common issue on these machines. Mine would have issue of launching extra balls until I replaced those boards.

Wow, I thought I was the only one who couldn't beat that cart mode! Any help here from the experts?

Also, what is everyone's strategy on this game? There are so many different ways to go...would be curious as to what folks' favorite ways to play are...

Cool on the medallion. I get that every once in a while. Have never been able to get the mine cart though.

On the plus side, I think these are some of the best vid modes in pinball. Way better than STTNG where I could beat the simulation every single time.

Finally beat the mine cart!!!!!! Still no frog tho.

Color DMD is amazing on IJ. If its a keeper for you, you need to get it trust me.

A 1993 game, still smarter than the ones they are making today

Funny you say that, as there's a similar issue on Avengers. The H drop target in Hulk can sometimes pop back up too fast and the ball pops back into the saucer in front of it. It will cycle over and over again until you either time a nudge or you get lucky and it pops out of the cycle.

Code literally needs to just hold the drop target for one second more before kicking back up. Stern has known of the issue for over a year, hasn't fixed it.

Interesting. I will pass that along to anyone that has it, I sold mine a couple weeks ago to put in an IMVE.

HOLY CRAP! I want that in my machine for sure! Great work!!

I'm very glad you like it. Get a Pinsound board preordered... They're selling fast! Mix will be ready in a few weeks

Looks like they are on preorder only? Is that correct?

Cool, thanks for the info!

So really...how many folks have been able to start all 12 modes in one game? Really curious, as I never get close.

Yes
Only took me 21 years to figure it out lol

That's all you do? No special paths to choose?

Yep, IJ is an amazing game. Can't believe I used to hate this game!

That's correct it adds a ball so you can continue. I don't remember what the game says at the end but if you push it you should keep playing. Do you have it on free play? If not it's probably looking for credits.

That post will lower for jackpot shots during multi-ball.

Color DMD on IJ is stunning. I thought it was really good on my MB, but on IJ it is even better I think...

Guessing that is probably a ROM issue.

I put this in my trough to prevent this problem:
http://www.pinbits.com/index.php?main_page=product_info&products_id=449

Yep, I can tell you this solved my issues as well.

If I wanted to get a new trough, any recommendations? I'm about to try and find out why my Indy gets confused on multiball. I'm replacing the idol optos tomorrow.

Definitely try the plastic piece first. I bought a second trough and didn't need it.

Oke, now I have an issue to resolve:
- For some reason when getting "Quick Two Ball" Multiball awarded from Hand of Faith (bonus) the multiball won't start. Other bonuses are just awarded like they should.
Any idea what could be wrong?

Does it require you to hit the captive ball to start it? I can't remember...

When you sneak the ball in behind the three standup targets. Shorty says "You cheat, Dr. Jones!" Hence the title of this thread.

I still giggle like a school girl every time I get that.

Congrats on the pick up. I got my IJ two years ago and it still feels like a new experience every time I play it.

John is one of this hobby's greatest assets. Trust me, if he doesn't know, odds are NO ONE knows. The update could be something incredibly minor; change a coin setting for Deutch Marks for instance. PPS likely doesn't know.

FINALLY...I made it to Eternal Life Multiball! Was an absolutely epic game, as I had never ever gotten close before. I did have to do a one-ball buy in at the end, BUT I had one ball where the game tilted on me for zero reason - I literally was not even touching the machine - so I feel that was fair.

The coolest thing was that my 10-year old son, who has never really had any interest in pinball sadly, was very interested tonight before I was anywhere close to ELM. He actually started playing around with my phone, shooting videos, which again, he never does. He caught the entire build up on my phone - getting it lit, me draining ball three, falling on the ground pounding my fists in anger (seriously), and then hearing the "buy in" music, jumping up and hitting that button, and yes, finally getting to it. Was a truly magical night. Would have been nowhere near as cool if my buddy wasn't right there by my side!

Nope! Didn't even come close. Gives me something to look strive for!

Back when I bought my first machine (2001) I made a short list of the games I wanted. STTNG was #1 and IJ was #2. I finally picked up a STTNG in 2012 and then IJ about 5 months ago. I would have to say that IJ has surpassed STTNG on my list.

I always wanted both as well. Wound up with two STTNGs, and sold them both. Miss neither of them. LOVE IJ. Think even at number 8 or wherever it's at on the Top 100 it's underrated.

Not sure if anyone has need, but I have a couple spare IJ trans. One is an original with a slight mark on Indy's cheek, the other is a high quality, super nice repro. Looking for $150 obo shipped for either of them in the USA. 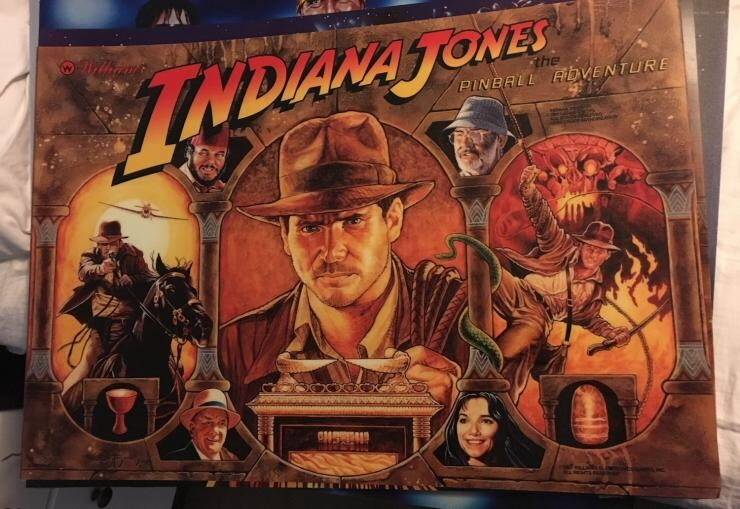 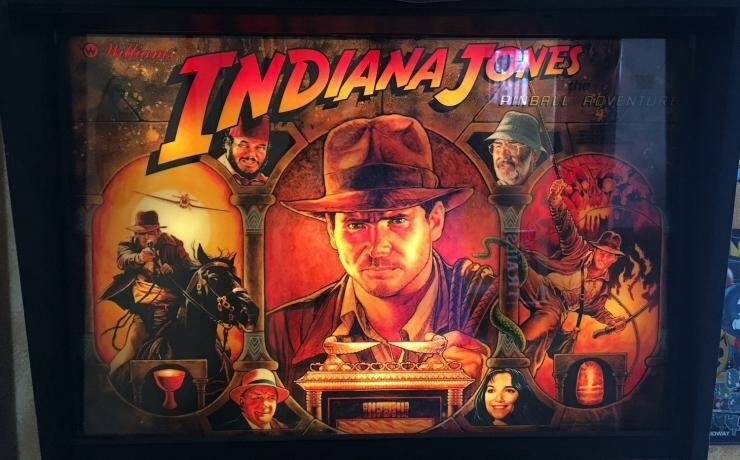 Spring cleaning, I found that I had a couple of IJ trans still here. I'm happy to sell them if anyone wants them. Price includes shipping in the good ol' US of A... 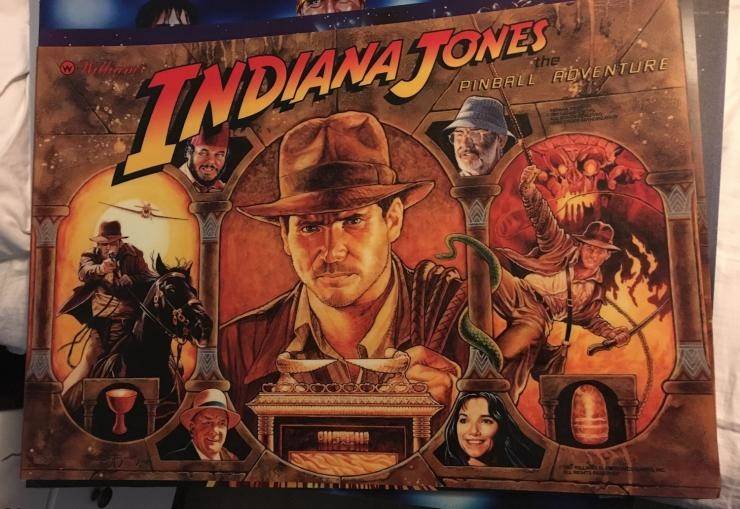 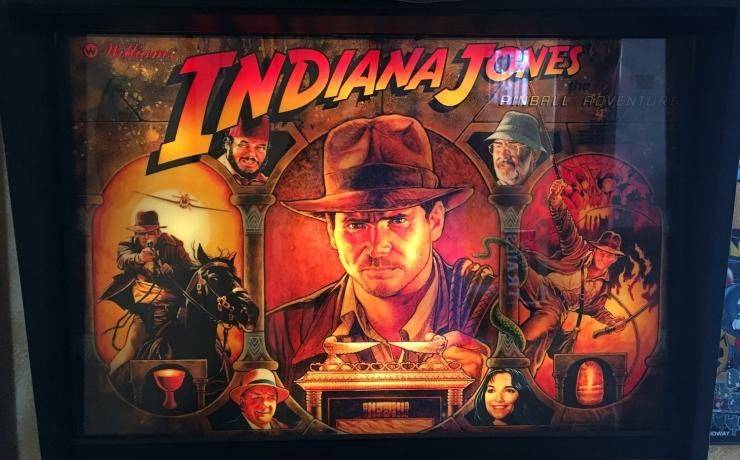 Can you post a pic of the scratch please? Thanks 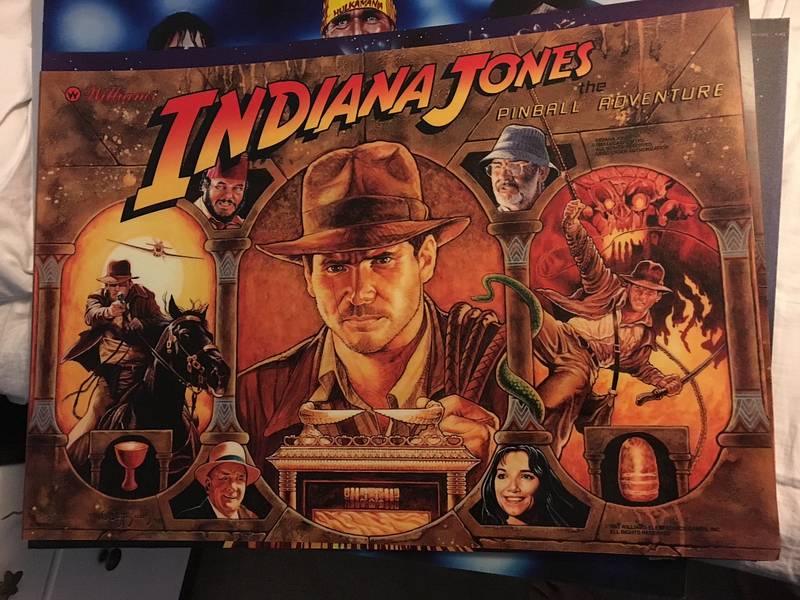 Alas, it’s time for me to sell my IJ. This one plays better than any I’ve ever tried. HUO for the last 20 years. I’ll miss it for sure.

It's a great game, and mine plays way better than most I've played. It's so funny, for years I didn't like this game at all...because I never played one that was working PROPERLY! Once I did, I was totally hooked!

Your the OP, you can't leave the club!

Something tells me I'll be back some day.

Have a couple of IJ translites if anyone is interested.

One is original, but has a scratch on his cheek. It's not SUPER noticeable, but it is there.

Also have a beautiful repro that looks stunning.

I'd sell either for $85 shipped in the USA, $120 shipped outside the USA. PM if you are interested. 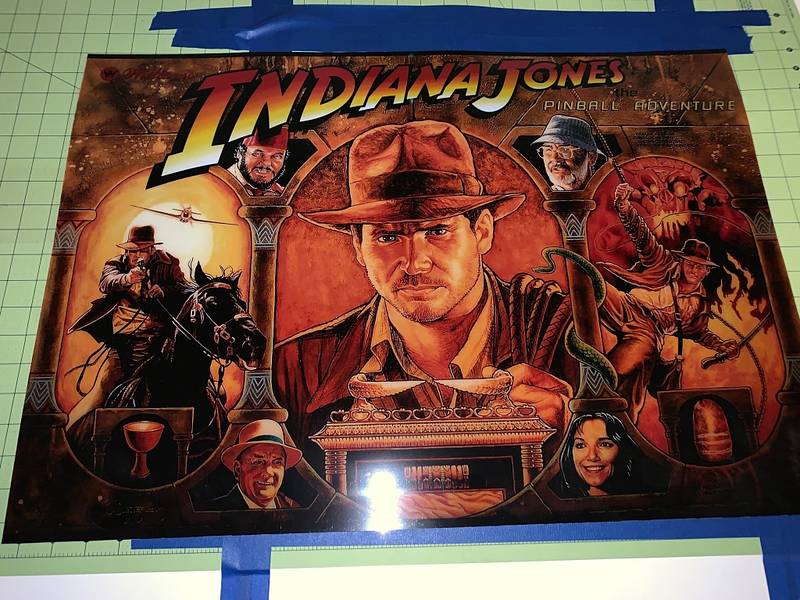 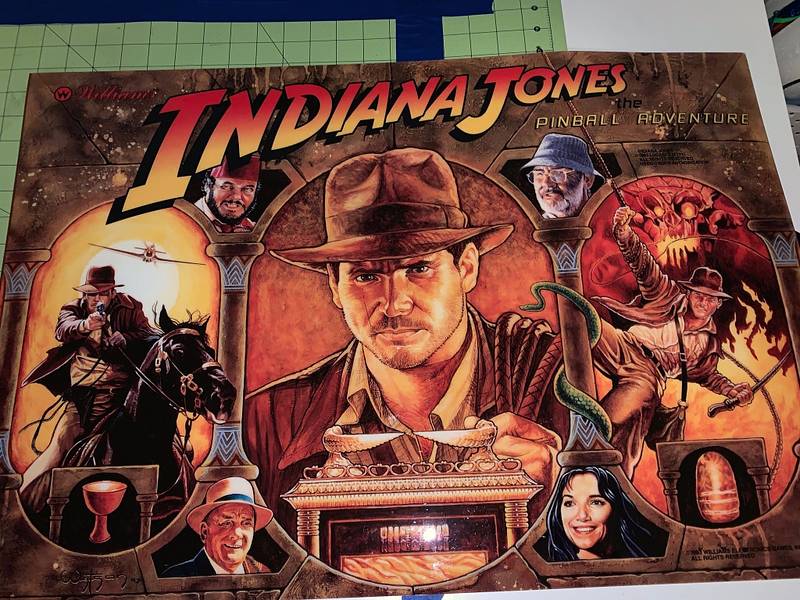 Have a couple of IJ translites if anyone is interested.
One is original, but has a scratch on his cheek. It's not SUPER noticeable, but it is there.
Also have a beautiful repro that looks stunning.
I'd sell either for $85 shipped in the USA, $120 shipped outside the USA. PM if you are interested.[quoted image][quoted image]

Repro is sold. Original still available if anyone is interested.

You're currently viewing posts by Pinsider rdreynolds.
Click here to go back to viewing the entire thread.