You're currently viewing posts by Pinsider john_i.
Click here to go back to viewing the entire thread.

C6 Corvette is a buyers market. Ultimate bang for the buck. You have a lot of choices including soft top, manual transmissions are common and also the Z06 version if you want 500+ horsepower. Stick to 2008 and newer.

So far i’m intrigued by the C6. Spent some time youtubing to learn what engines are more desirable. I’d have to up my budget a bit likely. $25k was just a number i pulled out of my ass. I still think there is lots of good options for that. But if i saw a car that me and the wifey wanted for good value that was more i’d prob go for it.
I also thought hey, why not a C3? These were the vettes that were iconic for us when we were kids. But man they are gutless (relatively speaking) - had no idea they had to be so tamed down in those years. Not like i’m heading down to the track, but still...

Yeah the C3 are dogs unless you grab a big block and then you're way above the price line. C6 are relatively cheap and super reliable. Mine is a 2008 with 6 speed manual and 436 hp. 0-60 in less than 4 seconds and a wicked V-8 sound that can't be beat. I got mine for $18K and put some new tires and a new Kenwood touch screen head unit in. That added rear view camera and full bluetooth/wifi functionality with my phone. It's also a great grocery getter. Holds a bunch of stuff in the rear including big packages that didn't fit in the trunk of my previous car. As mentioned above the bang for the buck is amazing and you can always opt for a little more cash to get the Z06.

When I first got it, I was thrilled that it needed tires in the back. The seller didn't understand my logic because he had babied the car and I told him I planned on peeling out at every chance until those old tires were completely bald...and I did. The first 250 miles I put on the car I peeled out at least 40 times and did doughnuts another half dozen. I leave the traction control on with the new tires, but I still beat the crap out of the car through the gears and around corners whenever I get the chance. 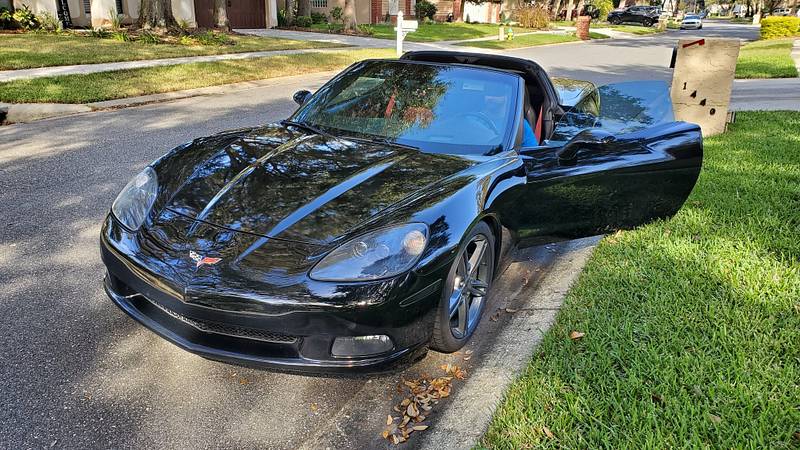 You're currently viewing posts by Pinsider john_i.
Click here to go back to viewing the entire thread.