Can anyone provide me with what the k relay area is supposed to look like? It looks like the k relay was supposed to be a ball gate assembly, turned into a relay. I'm also missing the driver board in that area, I assume that fires the upkicker? 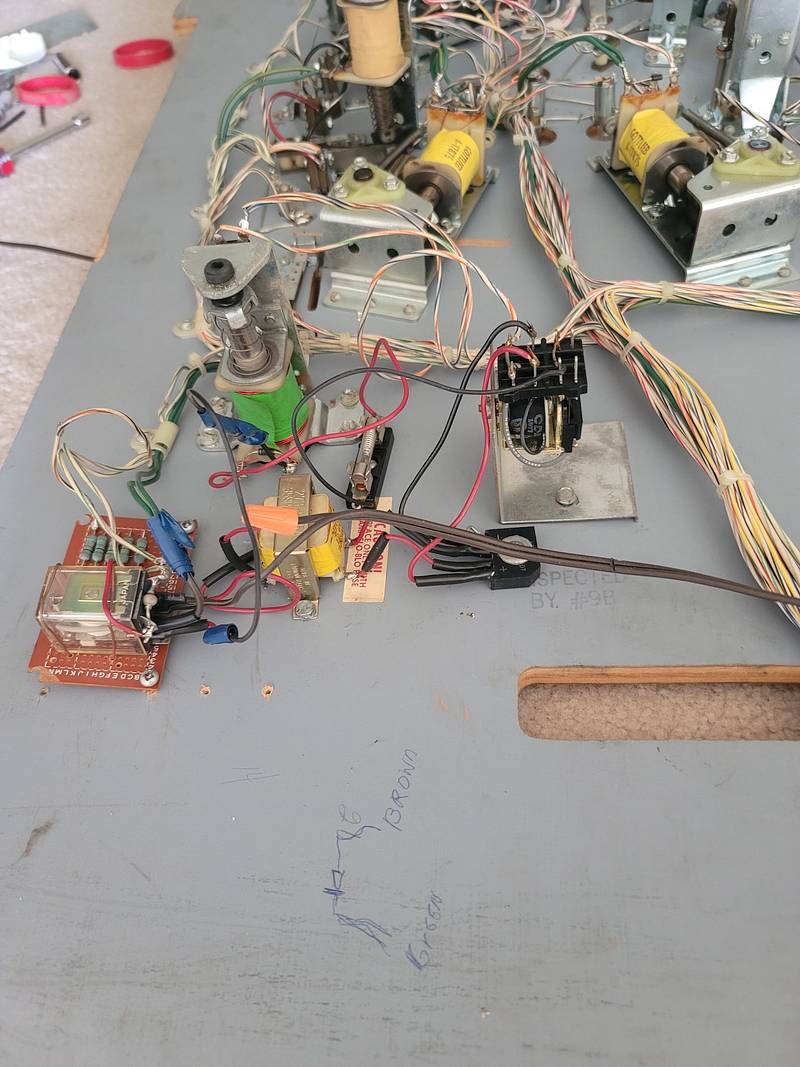 That's possibly the most involved upkicker fix yet with a transformer, bridge, and 2 relays.

I'm quite surprised no one has made a mod to change the upkicker tube to one with a bend in it as originally intended as on the prototype - apparently there was never an issue with that upkicker style ejecting.

There's been a lot of mods over the years for this issue, I don't know what the 'best' one would be considered.

As crude as it is, it works and I never had an issue with it, but I figured if there was a better way to do this, I would ask. Leave as is? Or go with something neater?